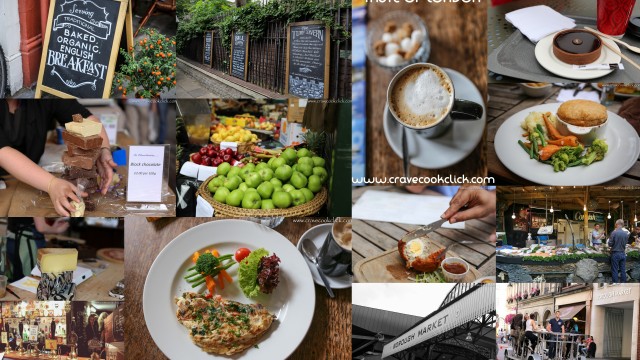 We visited London in 2013 and got an opportunity to enjoy food at couple of good places. London has so much of history and it can be seen in their food, restaurants and farmers market. 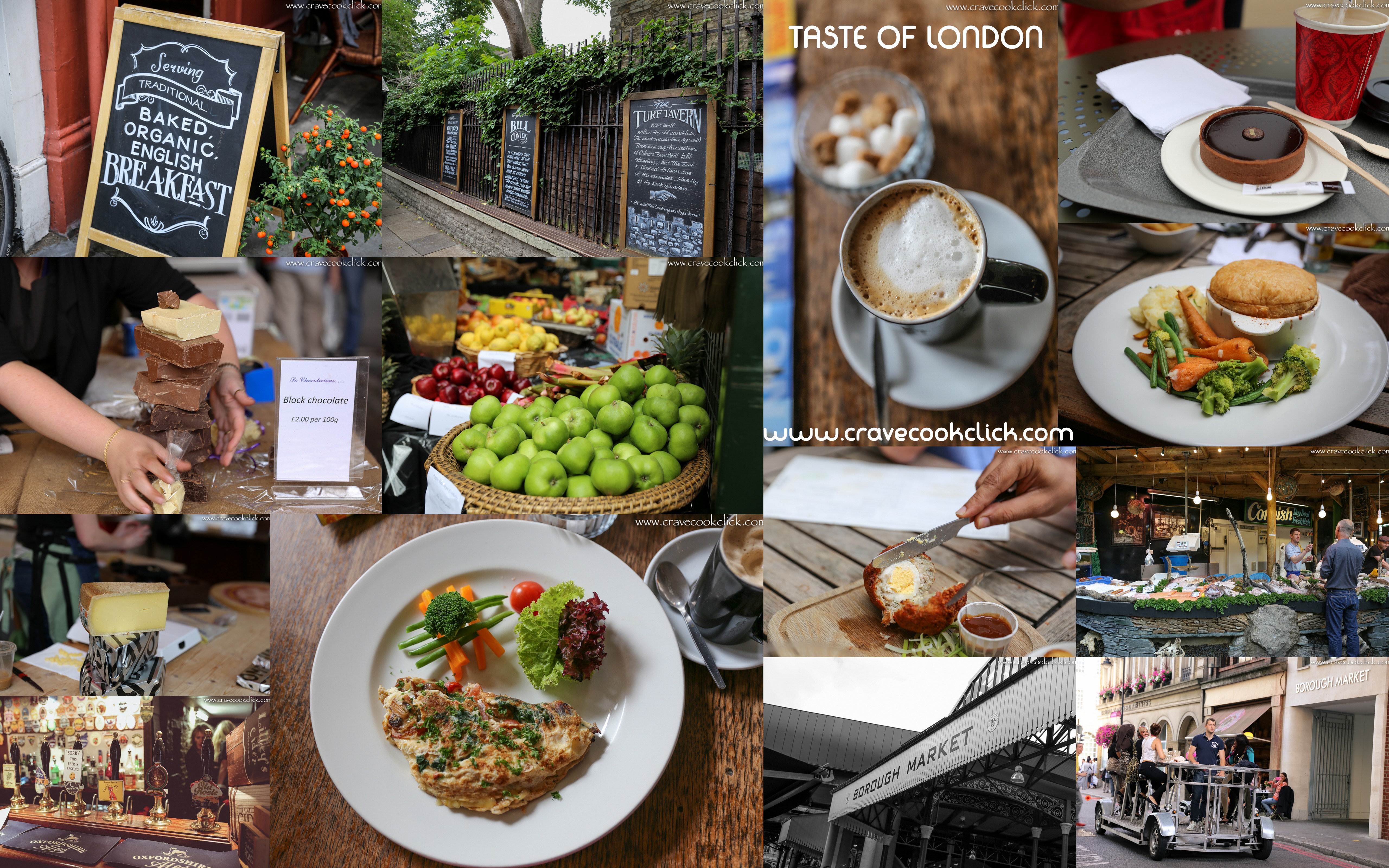 My culinary trip in London has been really interesting with visit to some local English breakfast places, Brit pubs, The Kensington Palace Cafe, The historic Turf Tavern Cafe in Oxford old town and Borough Market

A Scotch egg consists of a hard-boiled egg wrapped in sausage meat, coated in bread crumbs and baked or deep-fried. 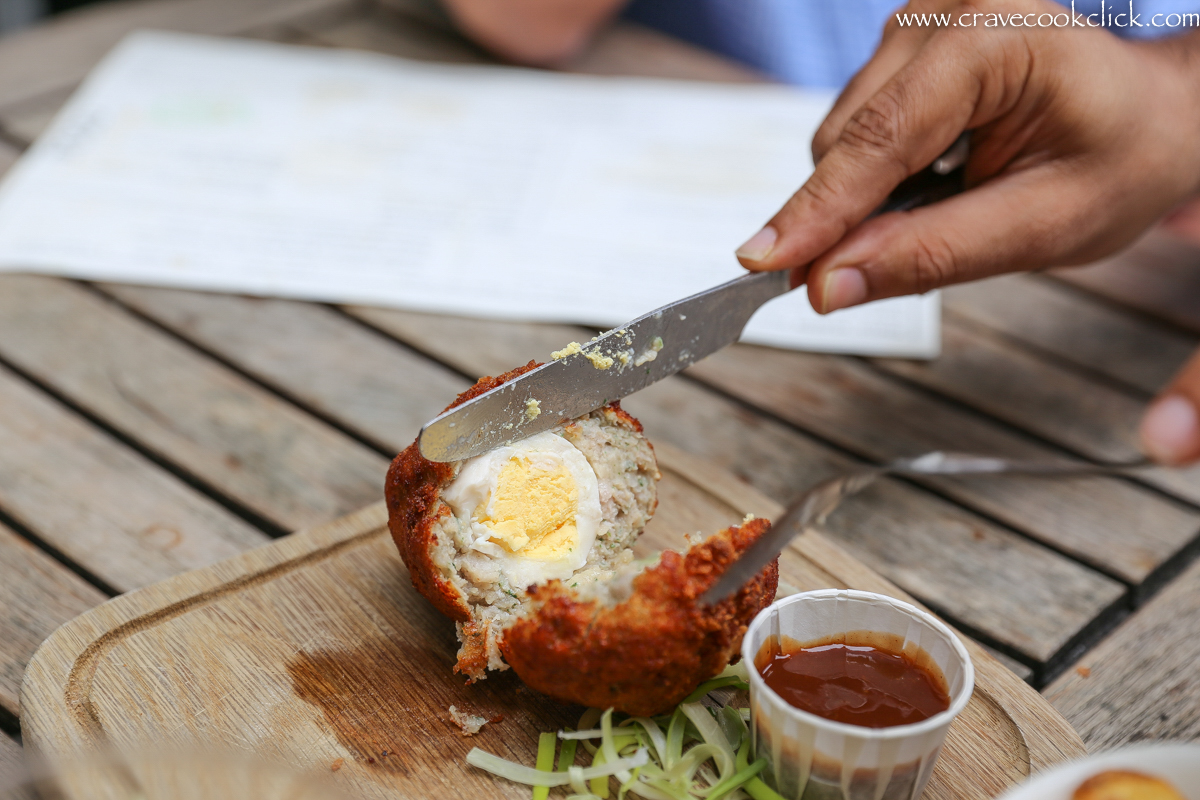 In the United States, many “British-style” pubs and eateries serve Scotch eggs, usually served hot with dipping sauces such as ranch dressing, hot sauce, or hot mustard sauce. At the Minnesota State Fair Scotch eggs are served on a stick Scotch eggs are available at most Renaissance Festivals from Maryland to Texas.

In the Netherlands and Belgium, Scotch eggs may also be called vogelnestje (“little bird’s nest”) because they contain an egg or eierbal (“eggball”).

I tried a healthier version of this recipe by baking it instead of frying.

Heat oven to 400°F. In large bowl, mix sausage, onion and salt. Shape mixture into 4 equal patties.
Roll each hard-cooked egg in flour to coat; place on sausage patty and shape sausage around egg. Dip each into beaten egg; coat with bread crumbs to cover completely. Place on ungreased cookie sheet.
Bake 35 minutes or until sausage is thoroughly cooked and no longer pink near egg. 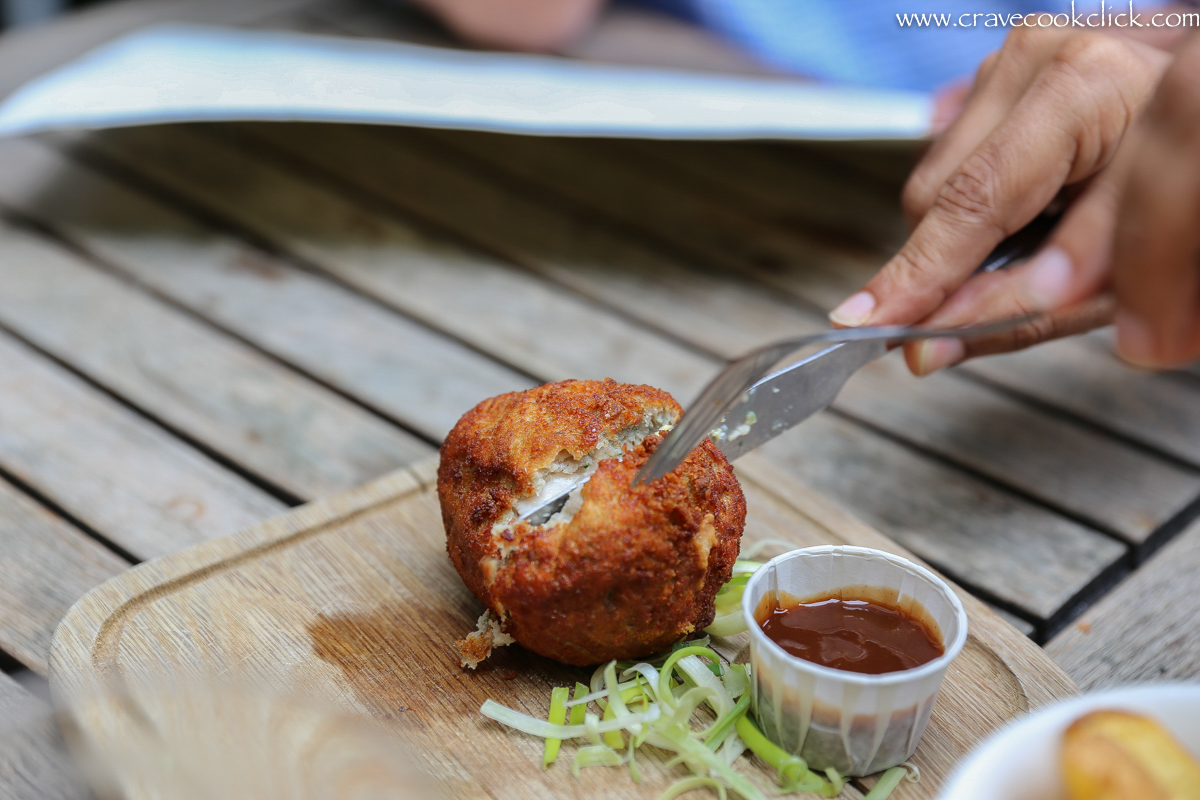 Its a Betty Crocker Recipe

Let see what all I got to experience.

Traditional English breakfast (also called full breakfast, and served in inns or restaurants) may include cereals, porridge or stewed prunes, melon, yogurt, boiled eggs or bacon and eggs, grilled fish, sausages, grilled or fried mushrooms or tomatoes with fried bread, followed by toasted bread and marmalade and tea or coffee. Modern English breakfast (served in hotels or motels) may include cereals, bacon and eggs, toasted bread and marmalade with tea or coffee.

The full English breakfast is a centuries old British tradition which dates back to the early 1800’s, when the Victorians first perfected the art of eating breakfast and elevated the most important meal of the day into an art form.

When the Victorians combined tradition with the most important meal of the day, they created a national dish, one that is widely loved to this day and regularly enjoyed by millions of English breakfast lovers all over the planet. 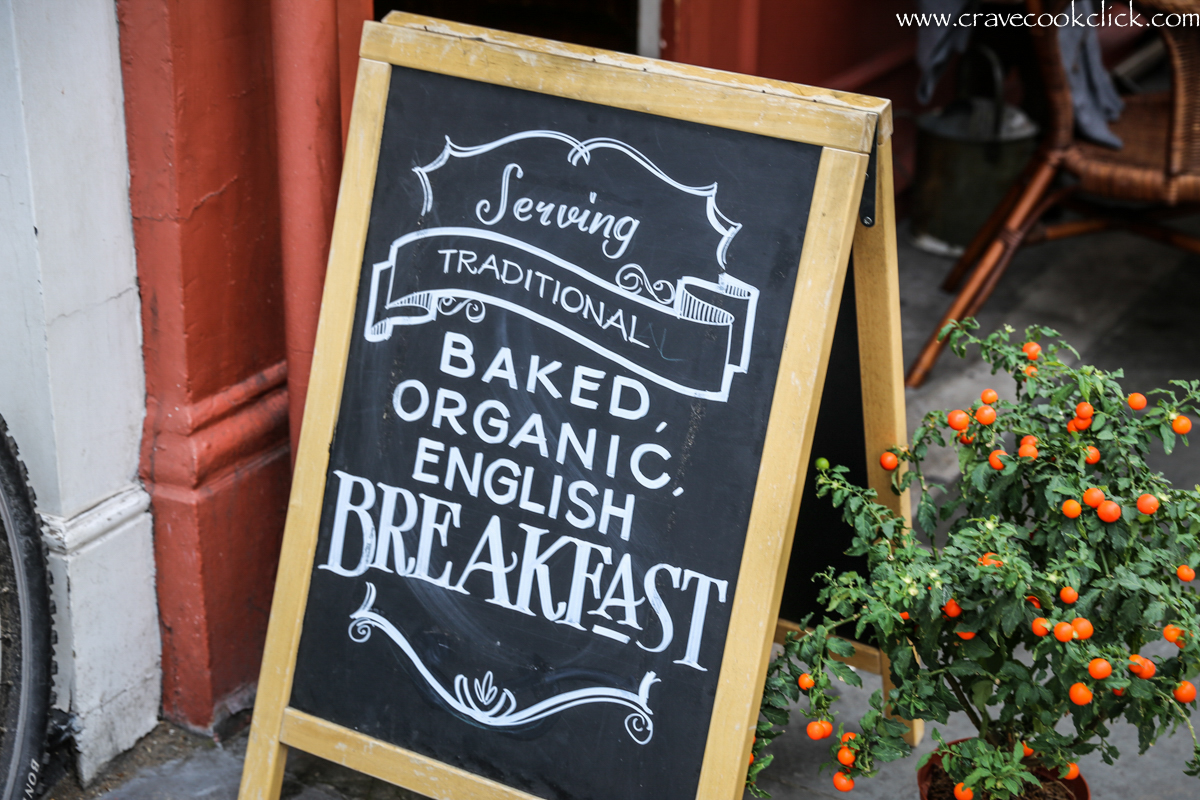 Borough Market is a wholesale and retail food market in Southwark, Central London, England. It is one of the largest and oldest food markets in London, and sells a large variety of foods from all over the world.

The market’s key offering is fruit and vegetables, but has in recent years added unique British and international stalls including some of the market’s most famous traders such as Bread Ahead, Furness Fish & Game Supplies, The Ginger Pig, Sillfield Farm, and Brindisa.

Borough Market has become a fashionable place to buy food. It has been promoted by British television chefs and has been used as a film set. Notable films with scenes filmed in the streets around the market include: Bridget Jones’s Diary (2001), Lock, Stock and Two Smoking Barrels (1998) and Harry Potter and the Prisoner of Azkaban (2004).t also appeared in the Savage Garden music video for Hold Me. 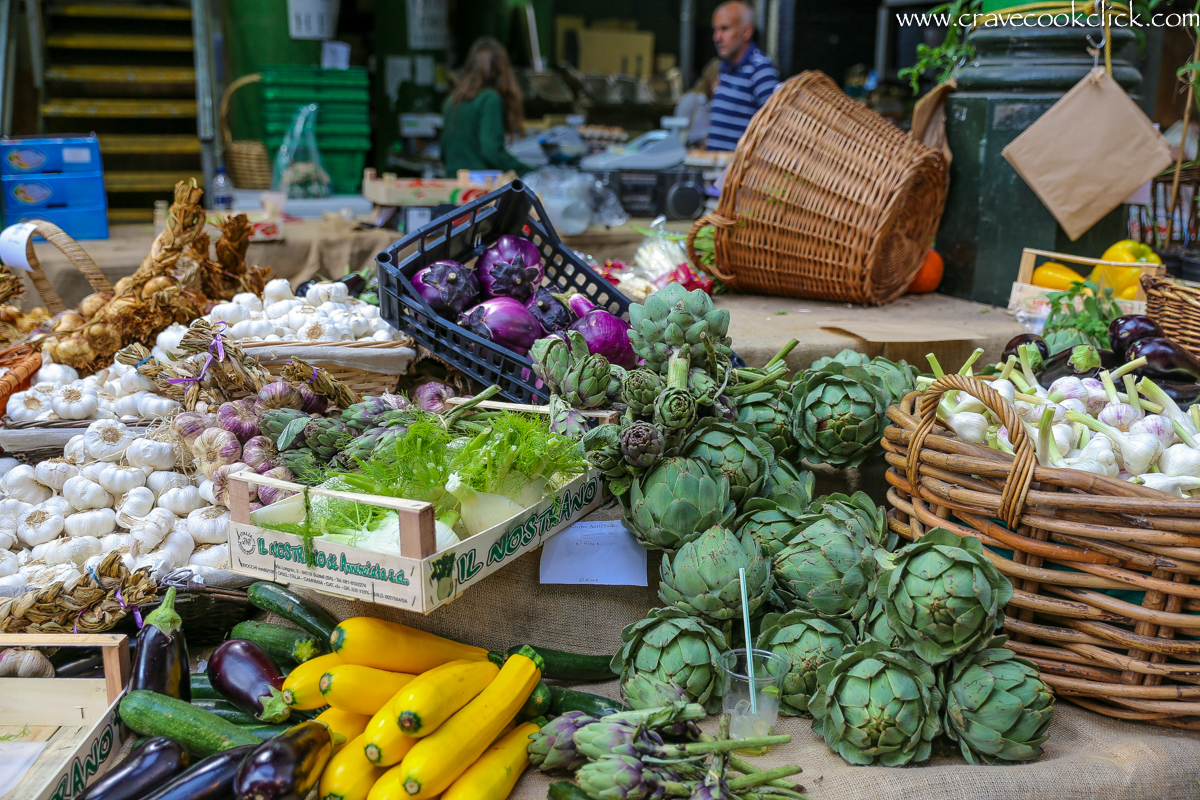 This was my favorite stop on our historic pub crawl.  As others have said, it’s got so much character, with it’s somewhat hidden location, mix of indoor and outdoor seating, colorful kegs lining the path, and plenty of history.

Despite being crazy busy and popular it has a lovely vibe. The sweet potato fries are good and I loved the garlic flatbread. The veggie burger was ok but not greAt and so was the cauliflower soup.

It’s not easy to find but it’s worth stopping by for at least one drink – this truly is an Oxford classic.

The name Turf Taver suits it well, its a little hidden tavern that has a good selection of beer, friendly staff, and cool people. The food is also very good, we had the cold cut board, fish and chips, beef pie, sausage plate and everything was very tasty. 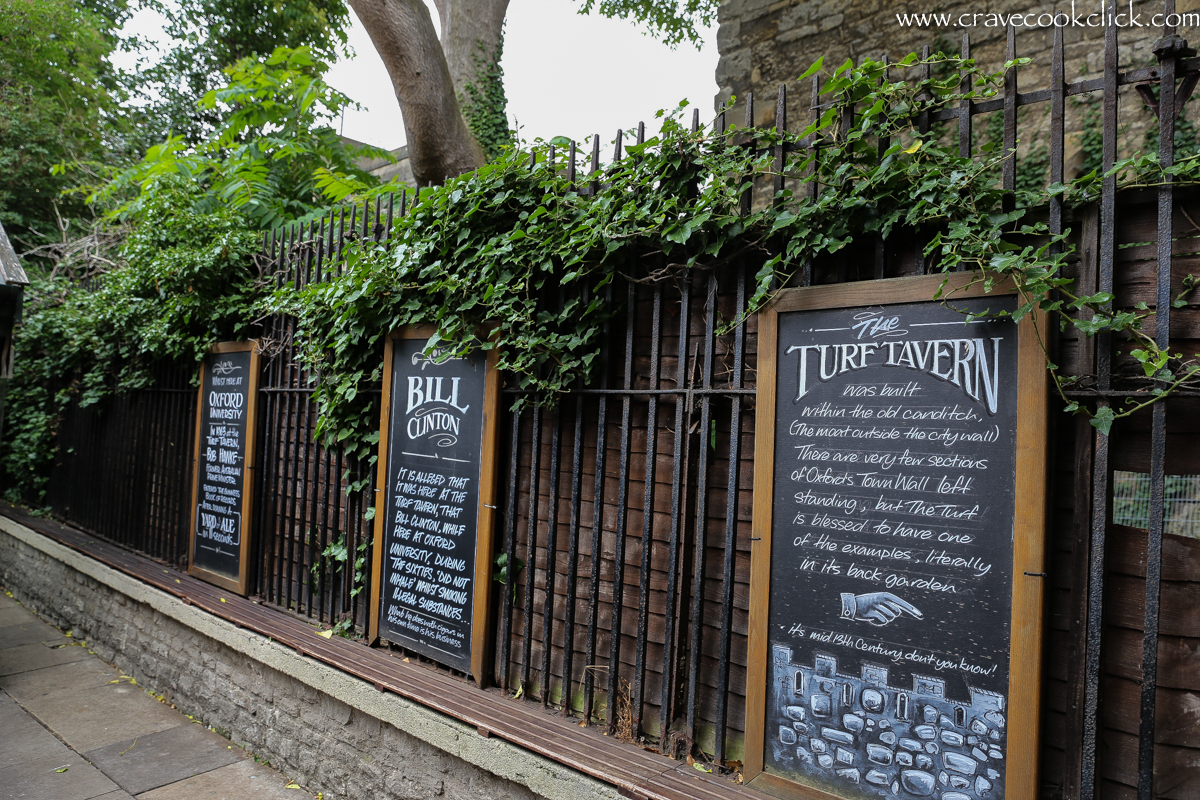 If you want to grab a quick bite after the tour of the palace then this is a must visit. They have amazing pastries and cold sandwiches 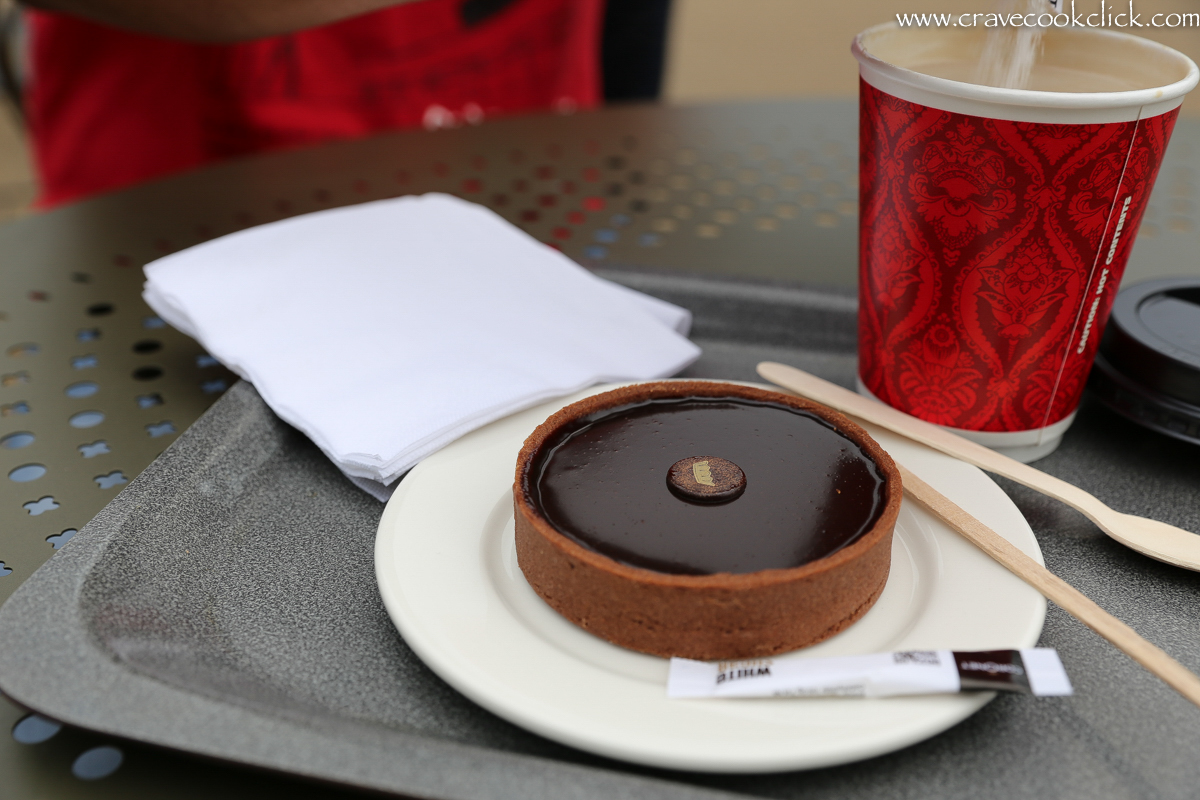 You can view more pics from my London Trip Here