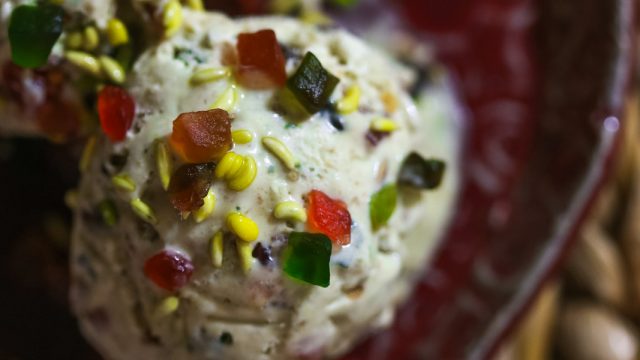 Paan Ice cream made is from of goodness of beetle leaves, gulkand, tutti frutti, dates, whipping cream and condensed milk. This paan ice cream does not require an ice cream machine. It can be made in couple of minutes with a whipper. 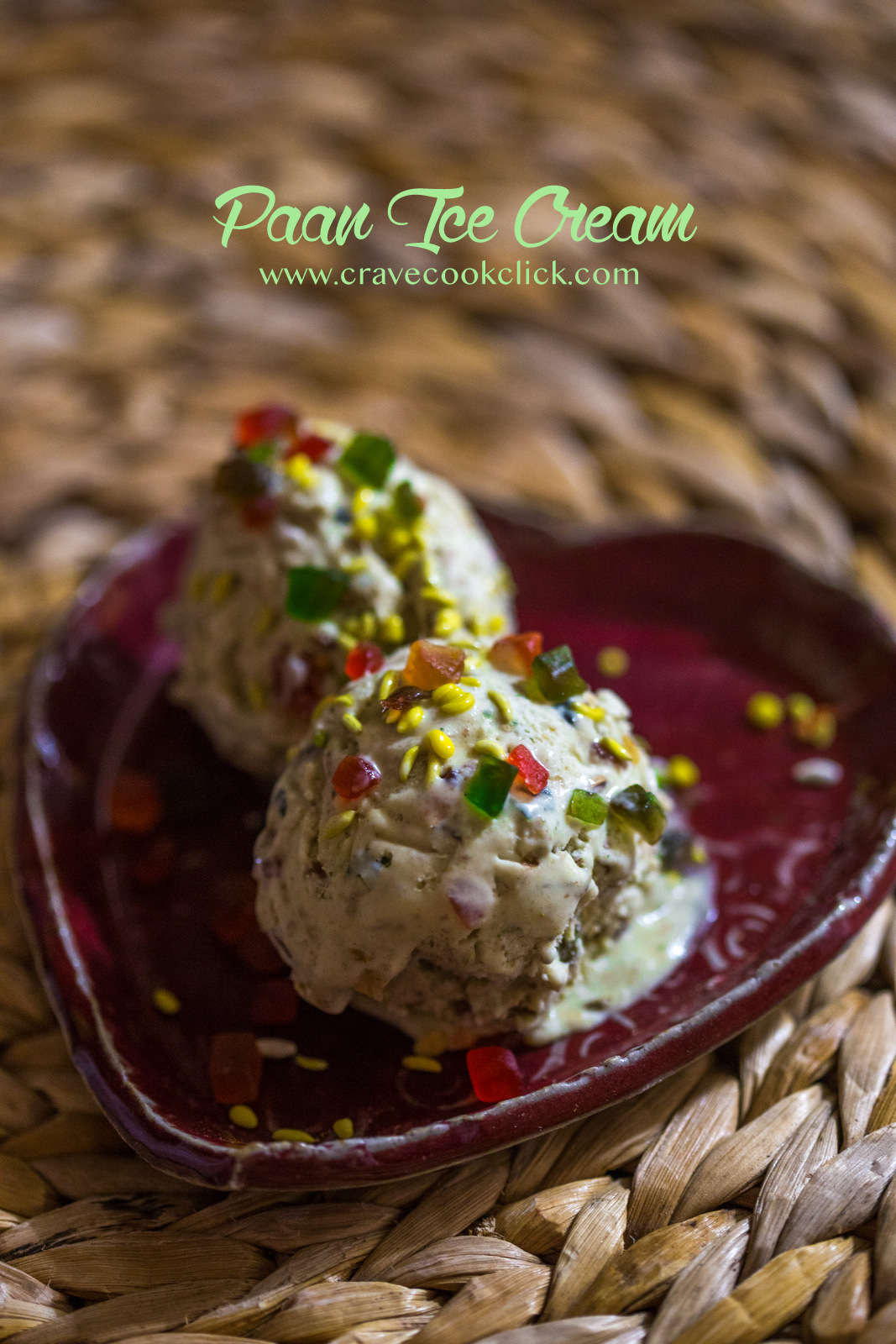 I love this paan ice cream especially after a nice spicy meal. The beetle and gulkand gives a cooling effect. Tutti frutti and fennel seeds brings in the crunchiness.

Beat the cream and condensed milk for 5 minutes 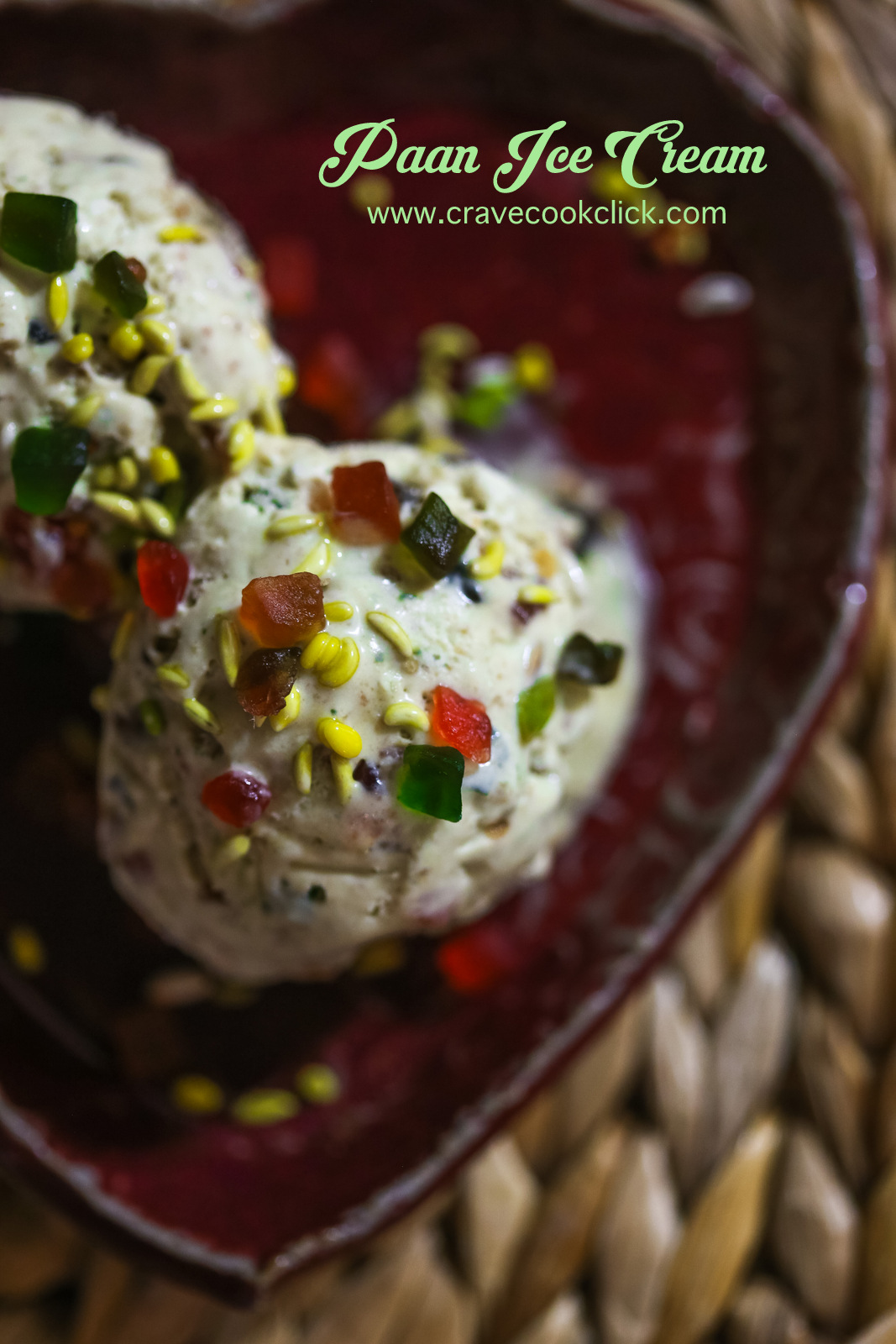 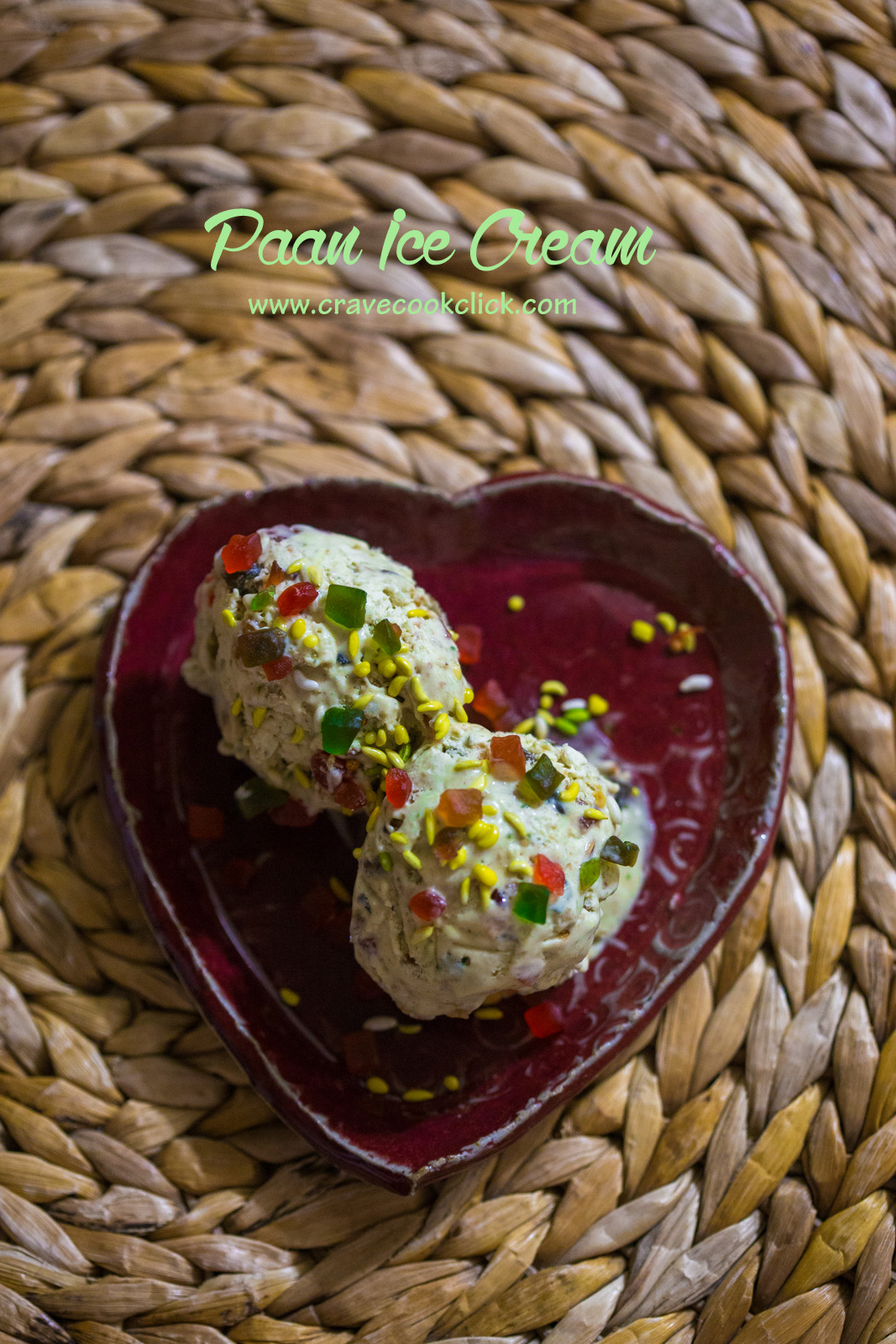 Some fun facts about Ice Cream

History of ice creams probably begun around 500 BC in the Achaemenid Empire(Persia) with ice combined with flavors to produce summertime treats.In 400 BC, the Persians invented a special chilled food, made of rose water and vermicelli, which was served to royalty during summers.The ice was mixed with saffron, fruits, and various other flavours.

Kulfi is a popular frozen dairy dessert from the Indian subcontinent and is often described as “traditional Indian ice cream.” It originated in the sixteenth century in the Mughal Empire.

The most popular flavours of ice cream in North America (based on consumer surveys) are vanilla and chocolate.