Miami is an international city at Florida’s southeastern tip. Its Cuban influence is reflected in the cafes and cigar shops that line Calle Ocho in Little Havana. On barrier islands across the turquoise waters of Biscayne Bay is Miami Beach, home to South Beach. This glamorous neighborhood is famed for its colorful art deco buildings, white sand, surf side hotels and trendsetting nightclubs. 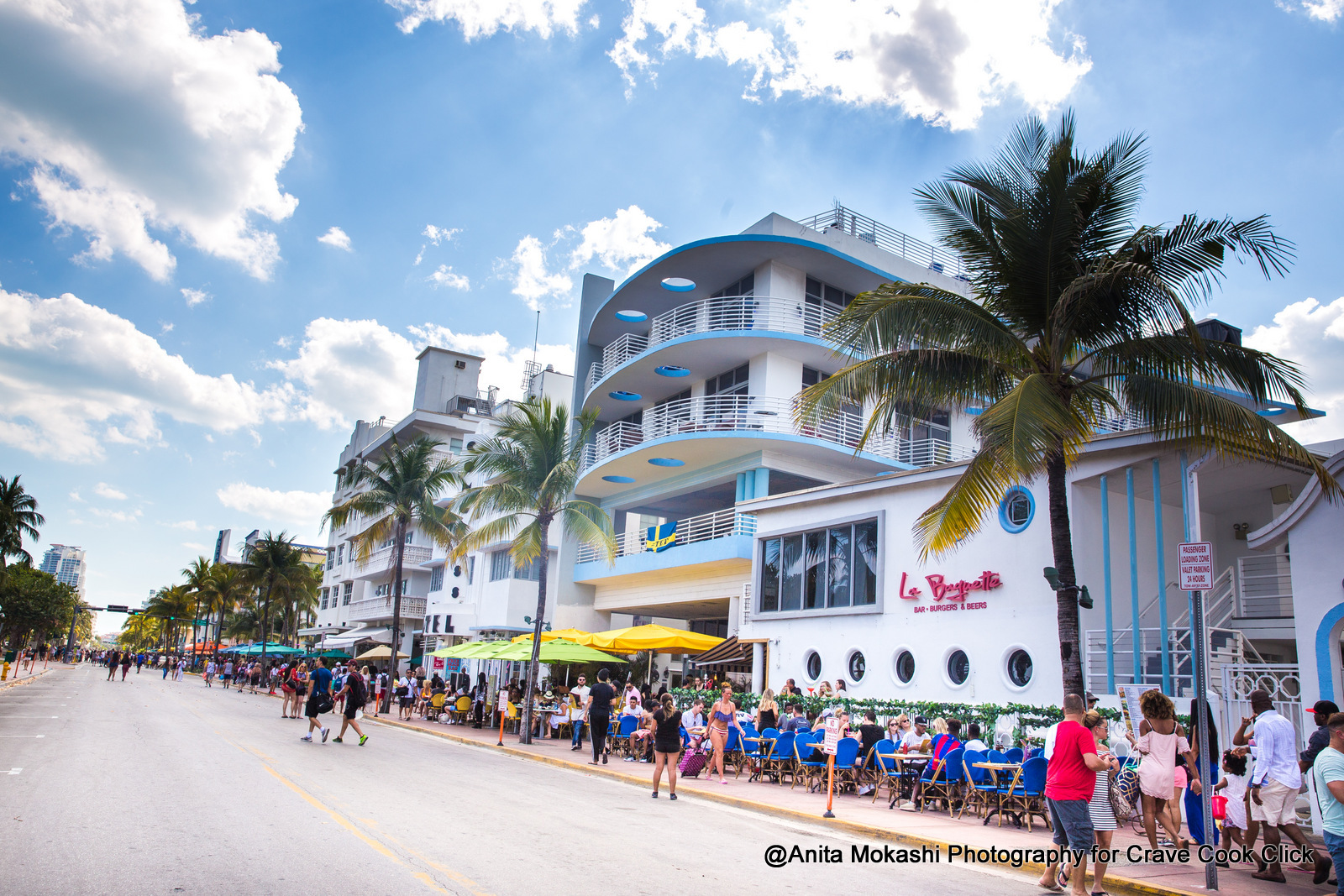 We stayed in Miami for a weekend and had a blast. Miami resembles a lot like Vegas to me with amazing clubs, great nightlife, lush rooftop bars, magnificent hotels and glamorous crowds. It has a better edge than Vegas due to access to beautiful beaches and crystal clean waters. Oh yes and how can I forget the Bollywood movie Dostana which was filmed on the happening Ocean Beach Drive 😛 Not only Bollywood but Hollywood is a big fan of Miami beaches.

The whole idea of this trip was to chill so we did not do much sightseeing but spent most of the time sipping cocktails and soaking sun on the beach 🙂 We were in Keywest before visiting Miami. You can read the Keywest Travelogue here

Ocean Drive is a major thoroughfare in the South Beach neighborhood of Miami Beach. The road starts at South Pointe just south of 1st Street, near the southernmost end of the main barrier island of Miami Beach, about a quarter mile west of the Atlantic Ocean. Ocean Drive continues north to 15th Street, immediately southeast of Lincoln Road. 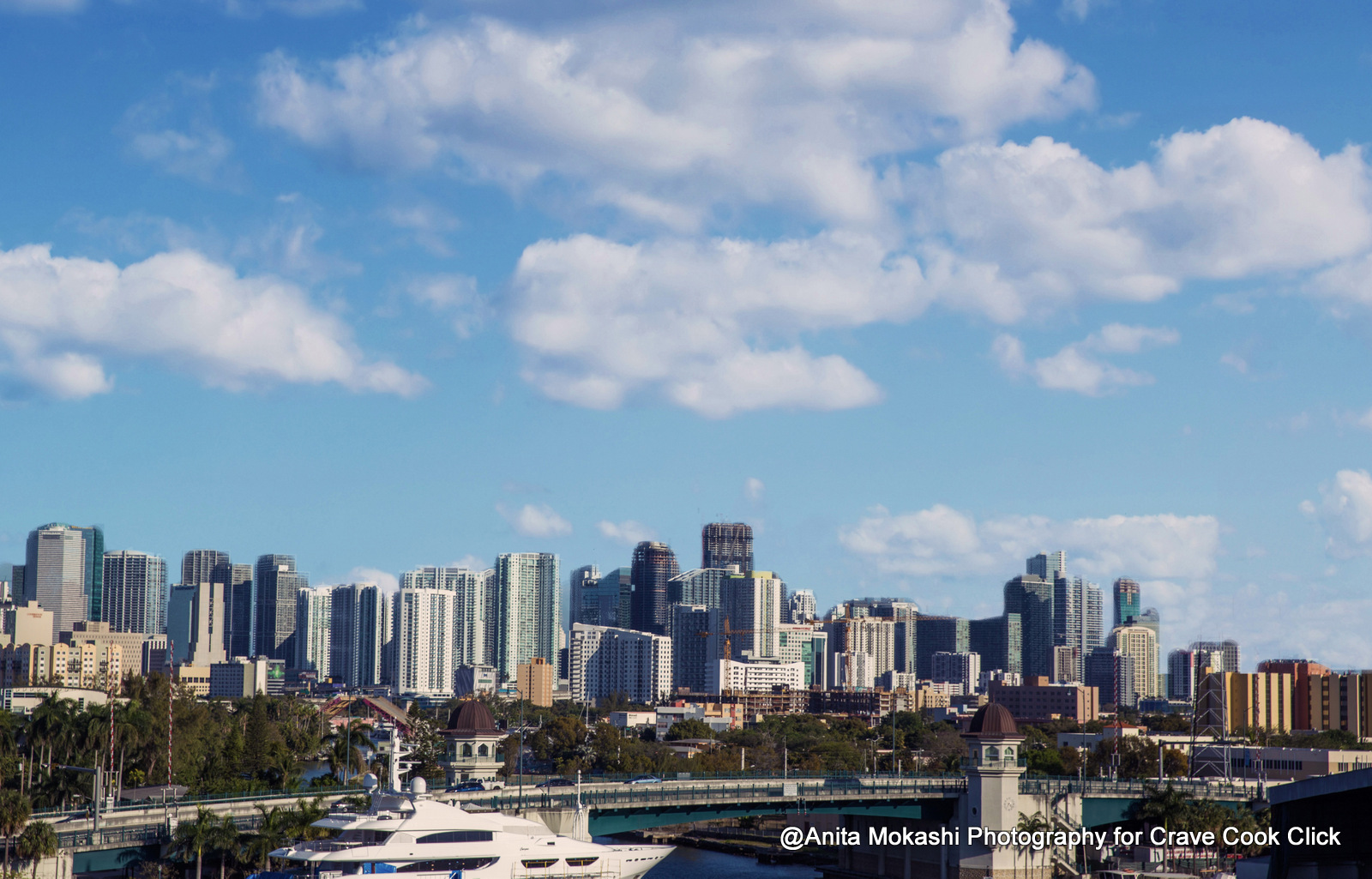 It is known for its Art Deco hotels. Among the most popular is the Colony Hotel, known as the most photographed art deco hotel, a 1939 boutique-inspired hotel that has made cameo appearances in scores of movies, TV shows including Dexter. The Sunray Apartments on Ocean Drive were featured in the movie Scarface (1983 film). Ocean Drive is the location of the famed Casa Casuarina, the residence of Italian fashion designer Gianni Versace (now a boutique hotel), one of the most photographed houses in North America. Another popular art deco hotel is Clevelander hotel, aside from its hotel services, it consists of an indoor sports lounge as well a dance floor and pool area on the ground floor and a complimentary roof-top lounge. 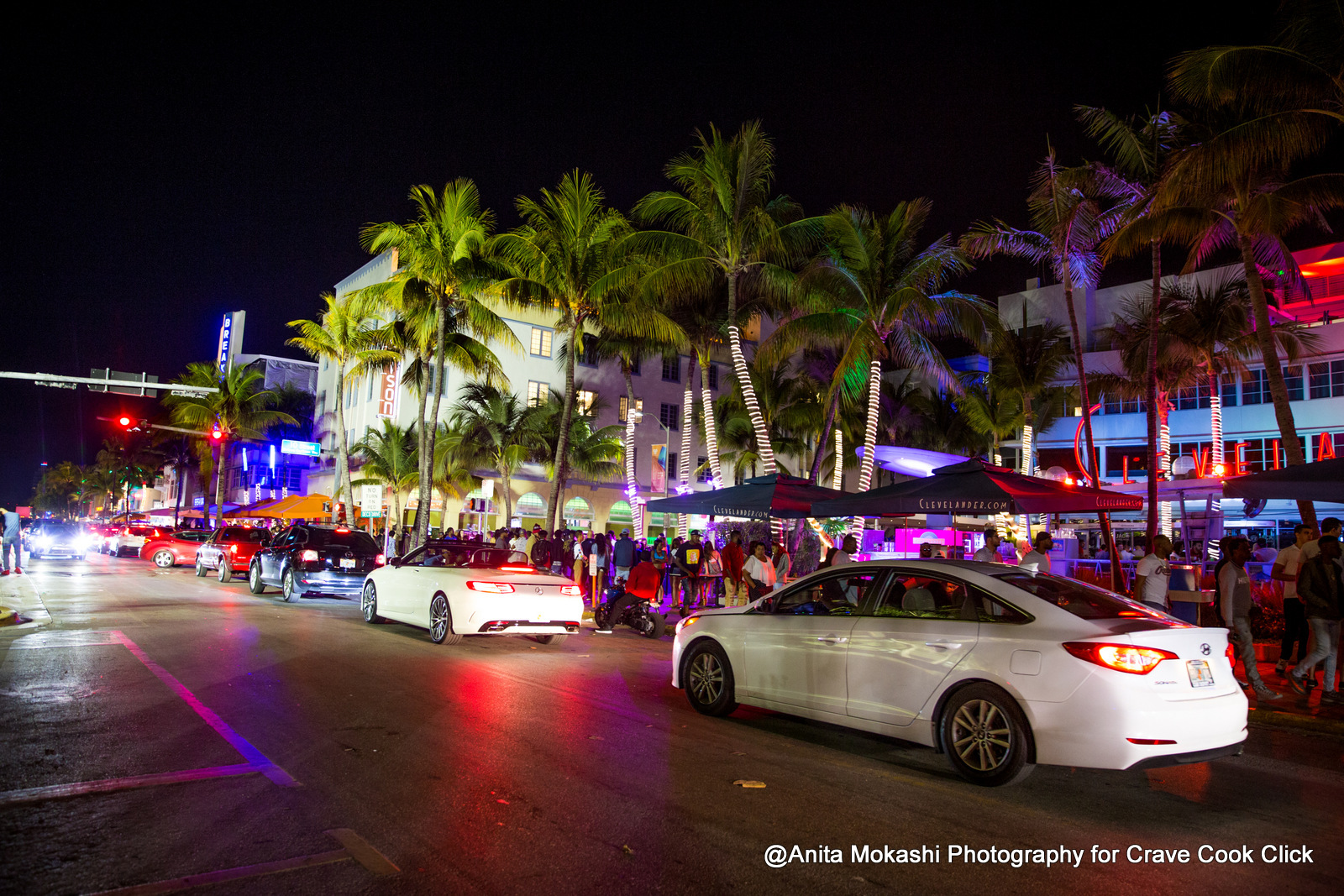 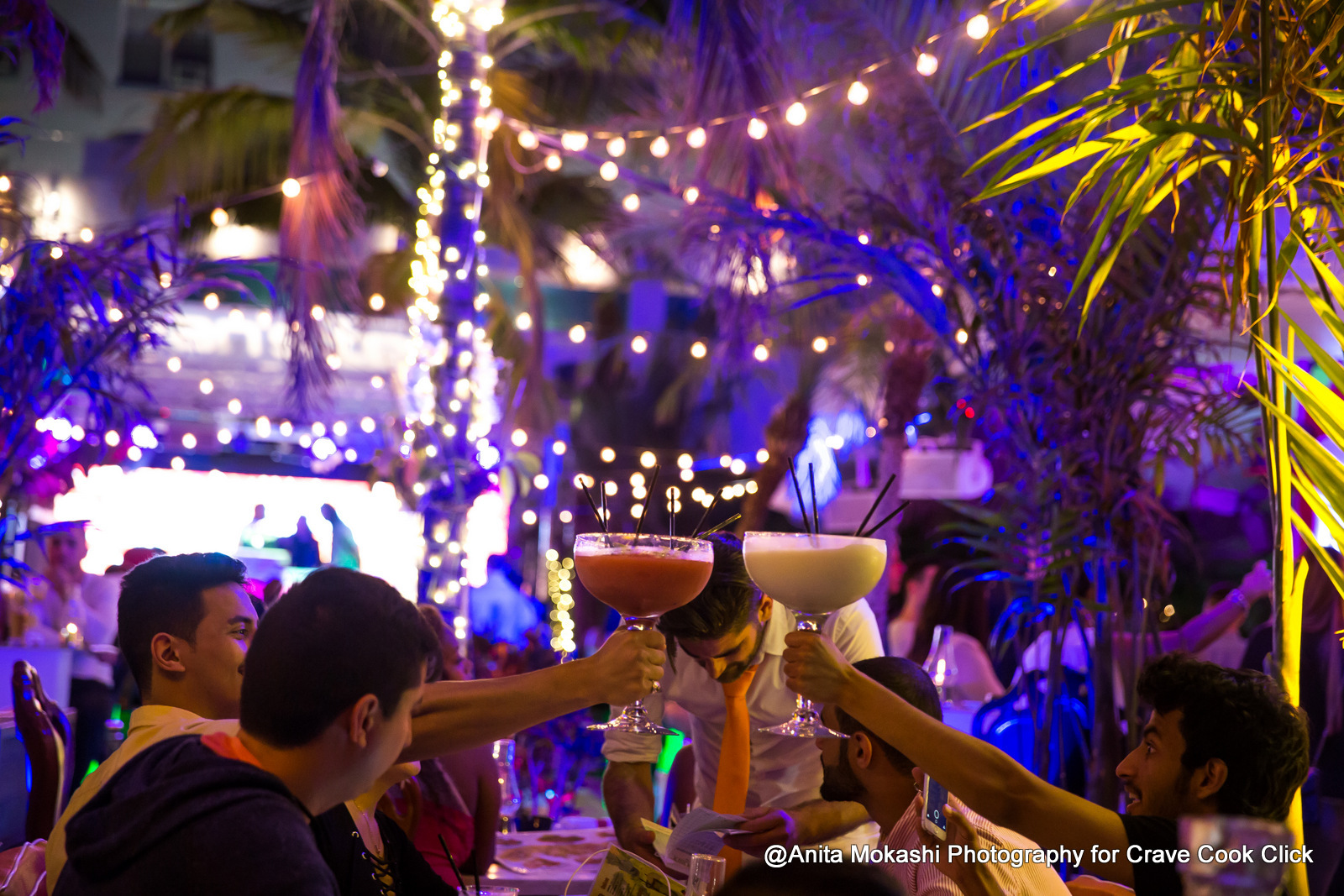 The street is the center of the Miami Art Deco District, which is home to about 900 preserved buildings. Streamline Moderne evolved from the Art Deco style, and dominates the street. The street has a magazine named after it, Ocean Drive magazine. British easy-listening duo The Lighthouse Family released a single entitled “Ocean Drive”, which reached #11 on the UK Singles Chart. Grand Theft Auto: Vice City also based the setting on Miami and has a replica of Ocean Drive with exactly the same name. 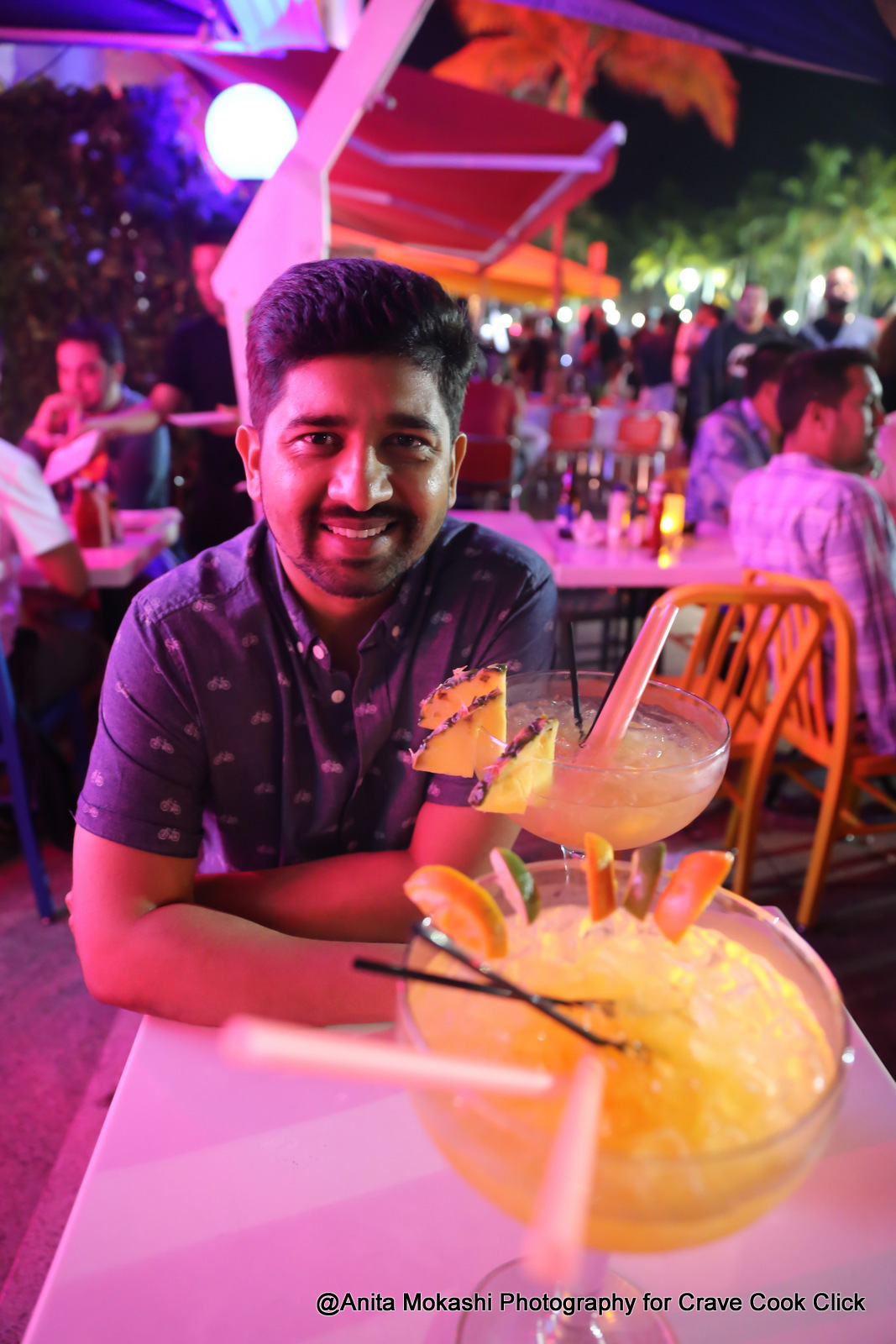 One of the most famous restaurants on this strip is Mango’s Tropical Café, a Caribbean inspired restaurant where there are live performances by dancers and singers.

Known for its cabaret and drag queen shows, Palace Bar dedicates itself to the LGBTQ community. 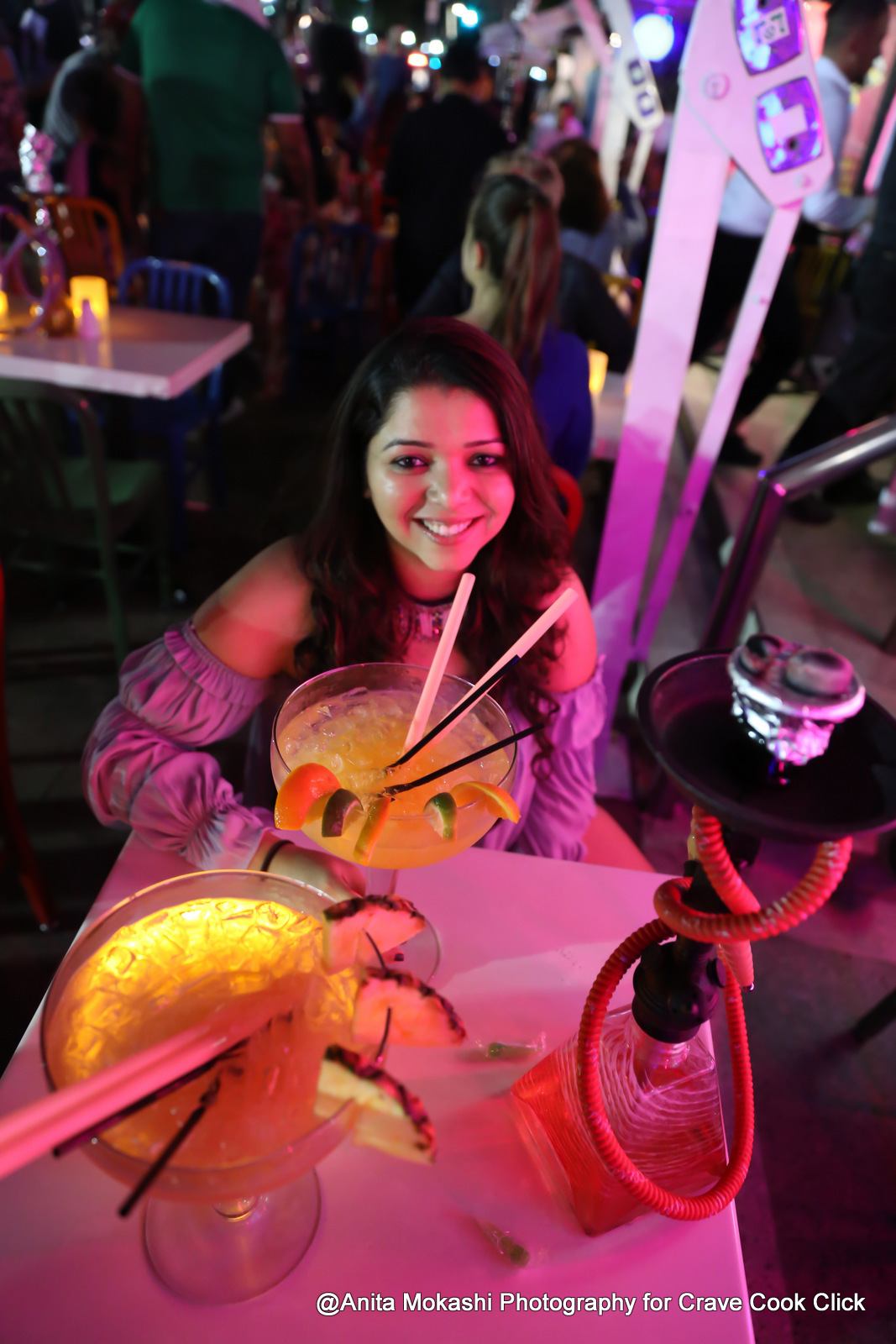 The Wynwood Walls was conceived by the renowned community revitalizer and placemaker, the late Tony Goldman in 2009. He was looking for something big to transform the warehouse district of Wynwood, and he arrived at a simple idea: “Wynwood’s large stock of warehouse buildings, all with no windows, would be my giant canvases to bring to them the greatest street art ever seen in one place.” Starting with the 25th–26th Street complex of six separate buildings, his goal was to create a center where people could gravitate to and explore, and to develop the area’s pedestrian potential. 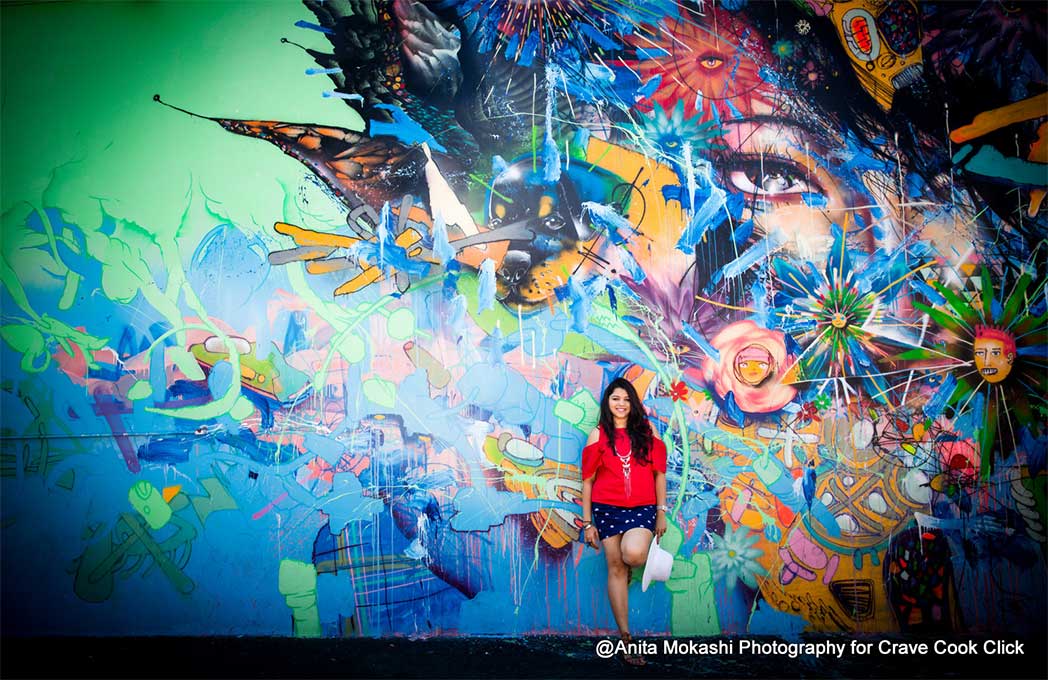 The Wynwood Walls became a major art statement with Tony’s commitment to graffiti and street art, a genre that he believed was under appreciated and not respected historically. He wanted to give the movement more attention and more respect: “By presenting it in a way that has not been done before, I was able to expose the public to something they had only seen peripherally.” In 2010, building on the momentum of the year before, Goldman Properties added 10 more artists to their roster of Walls. They opened the Wynwood Doors, Tony Goldman’s nod to traditional portrait galleries and expanded the mural program outside the Walls. 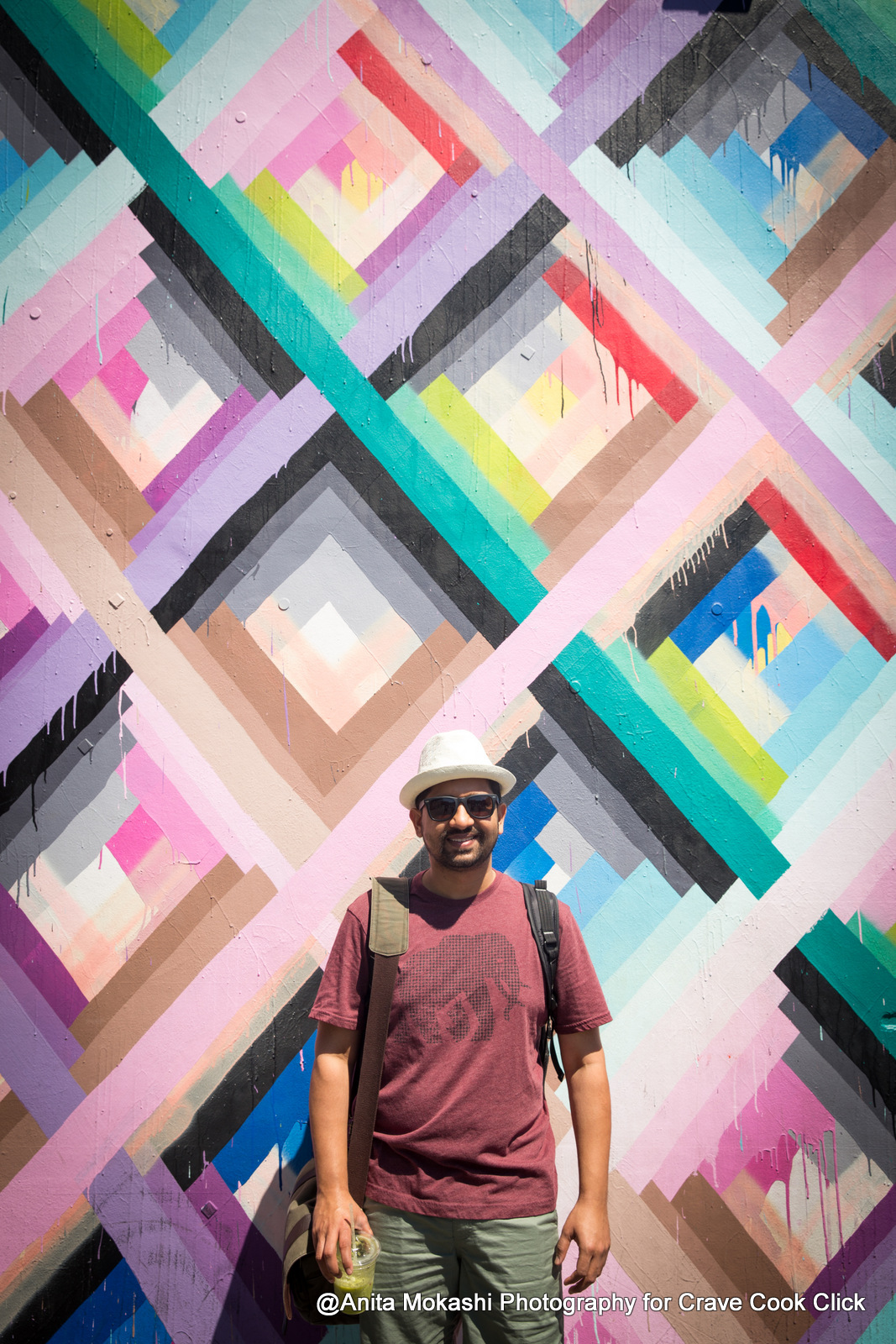 The Wynwood Walls has brought the world’s greatest artists working in the graffiti and street art genre to Miami. Jeffrey Deitch co-curated the first successful year of the project in 2009, collaborating with Tony before his appointment as museum director of MOCA Los Angeles. “We have strived for a diverse representation of both American and international artists that encompasses everything from the old school graffiti artists to the newest work being created around the world. The project has truly evolved into what my friend Jeffrey Deitch calls a Museum of the Streets,” Tony had summarized. 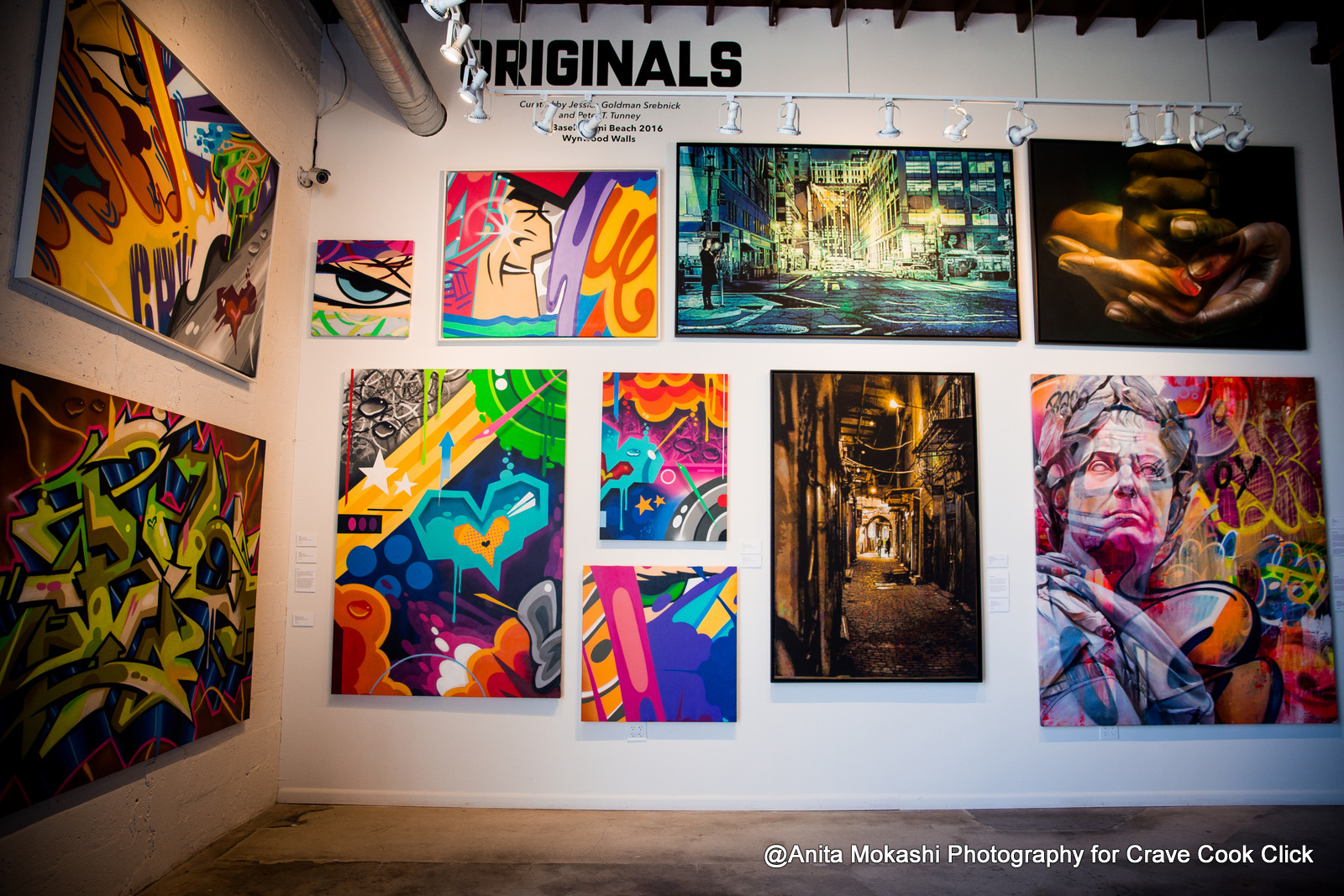 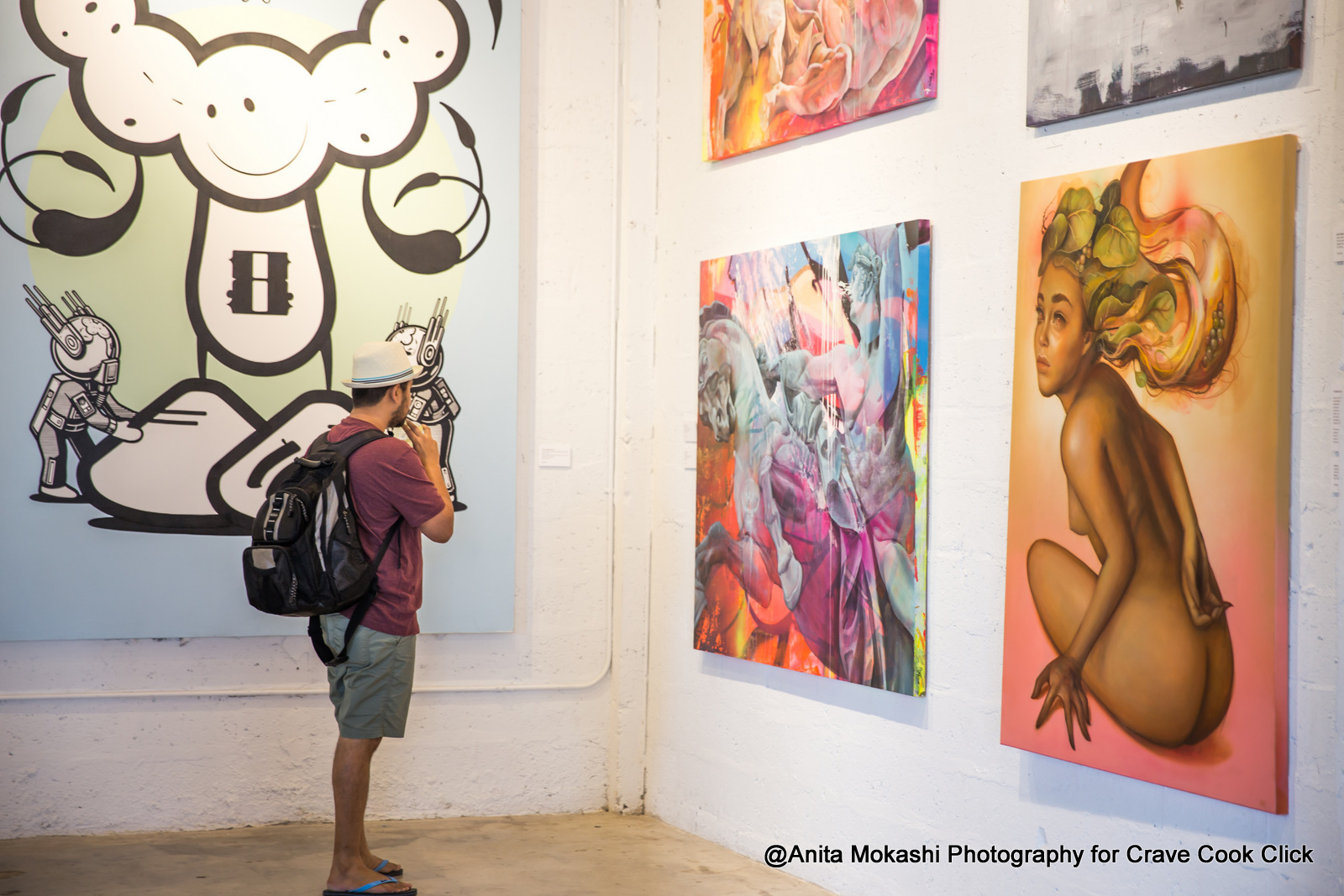 Since its inception, the Wynwood Walls program has seen over 50 artists representing 16 countries and have covered over 80,000 square feet of walls. They have become must see international destination, with media coverage that has included the New York Times, BBC News, Vanity Fair and Forbes, who mentioned them along with Wynwood on their list of America’s hippest neighborhoods. The Walls were also a focus of the docu-series Here Comes the Neighborhood, which chronicled the creation and evolution of the Wynwood neighborhood. 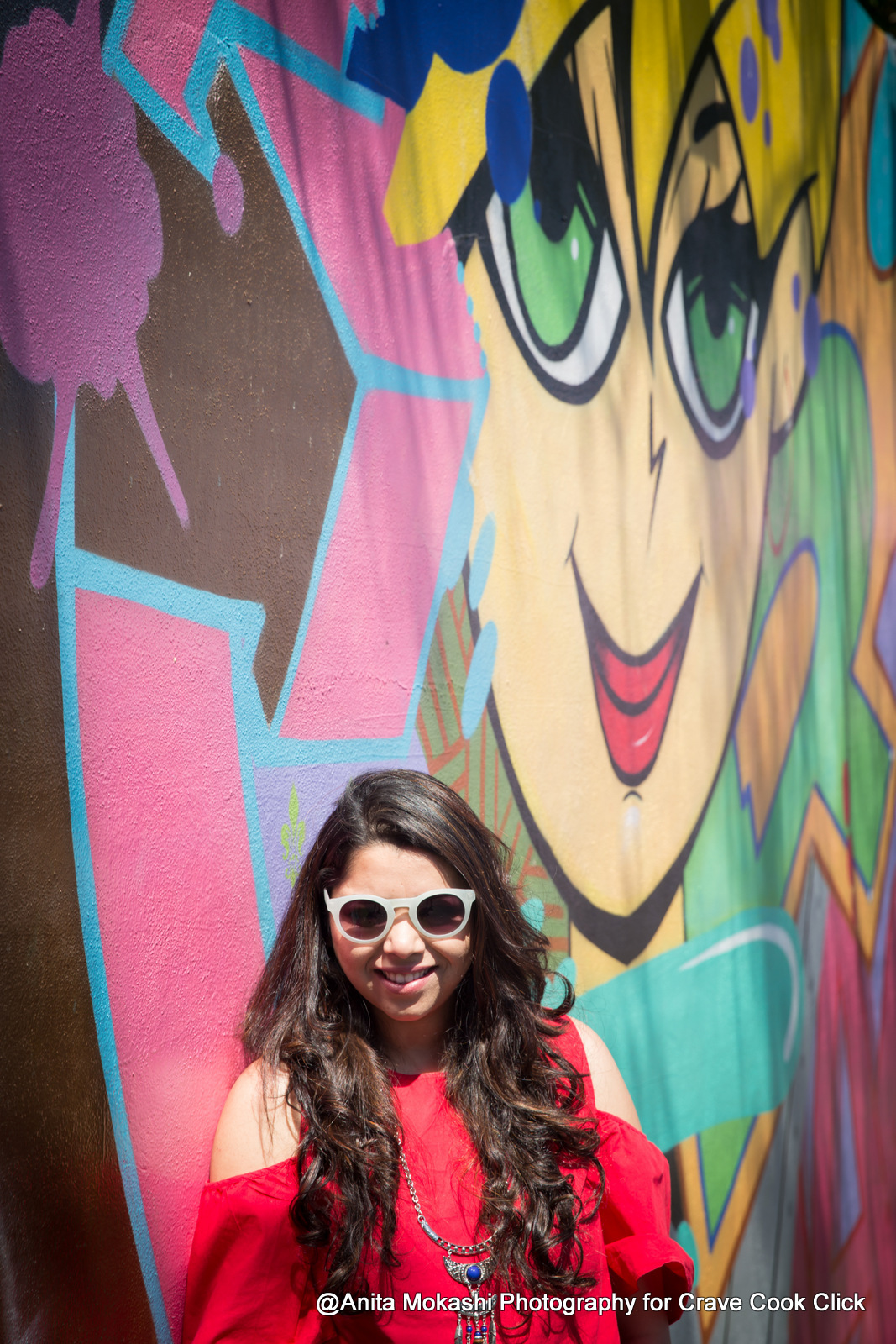 With each year the Wynwood Walls endeavors to expand its breadth, introduce well known and emerging artists and bring world class art to the community. 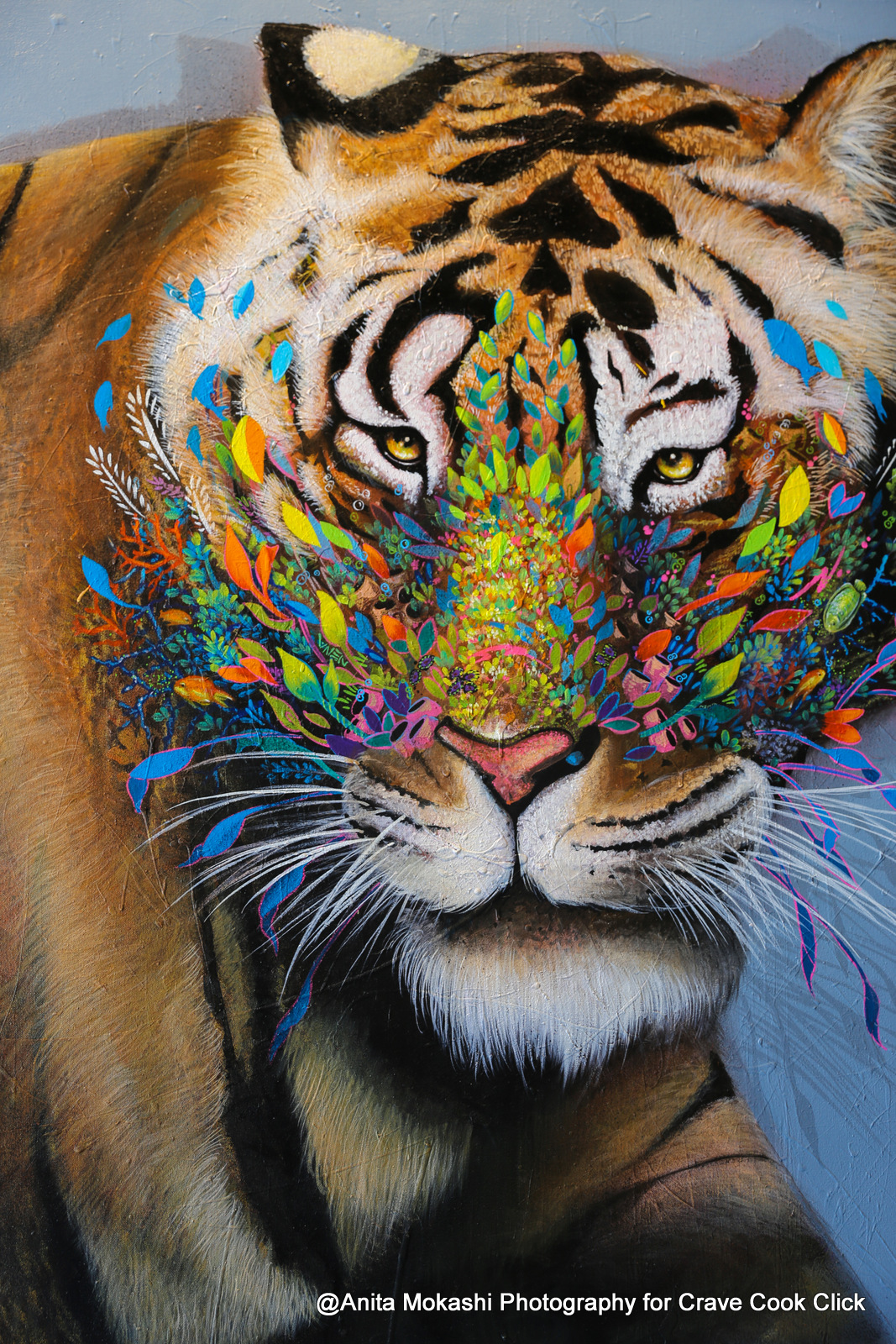 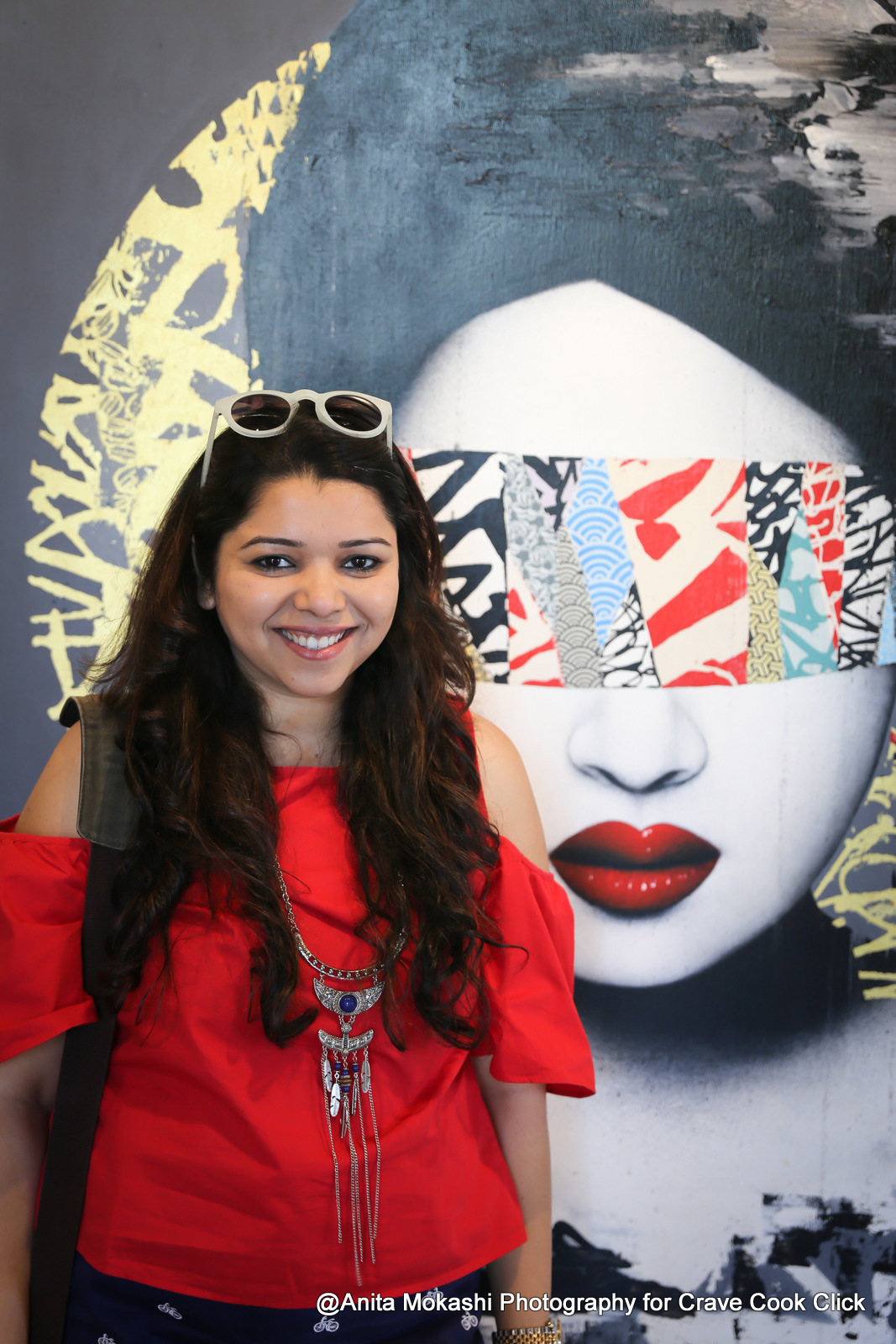 Lummus Park, the area of the beach located along Ocean Drive from 5th to 15th Street, is the all-encompassing South Beach experience. This is the strip of sand that is always the most crowded, which makes for excellent people watching. 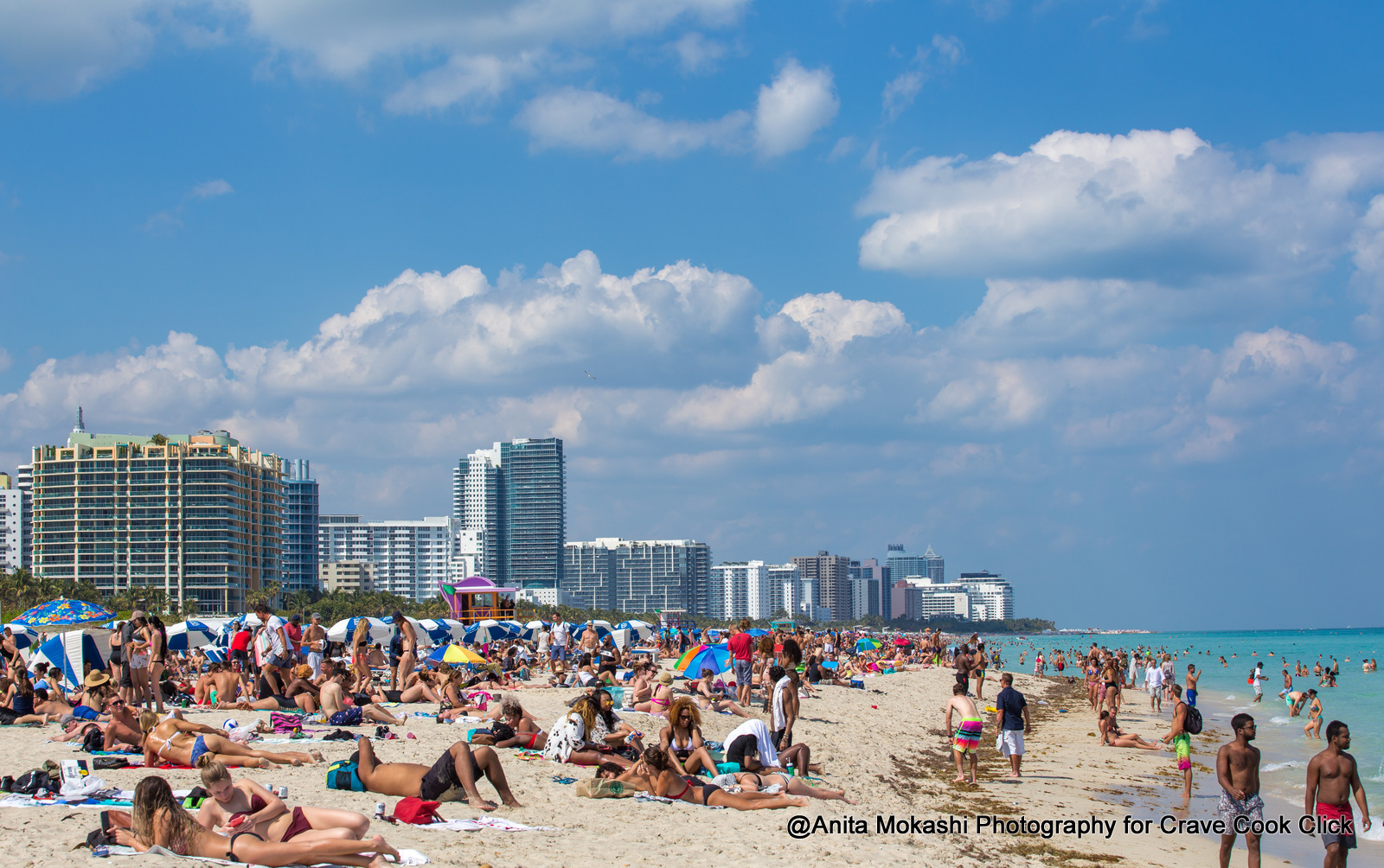 The park is a great backdrop for photo shoots, which happen frequently, and it initially became the location for many scenes from the television series “Miami Vice”. The Miami Beach park, and the Deco streetscape along Ocean Drive continues to be featured in “Miami” location shots for television and movies, and can be seen in recent episodes of the USA Network’s “Burn Notice”. 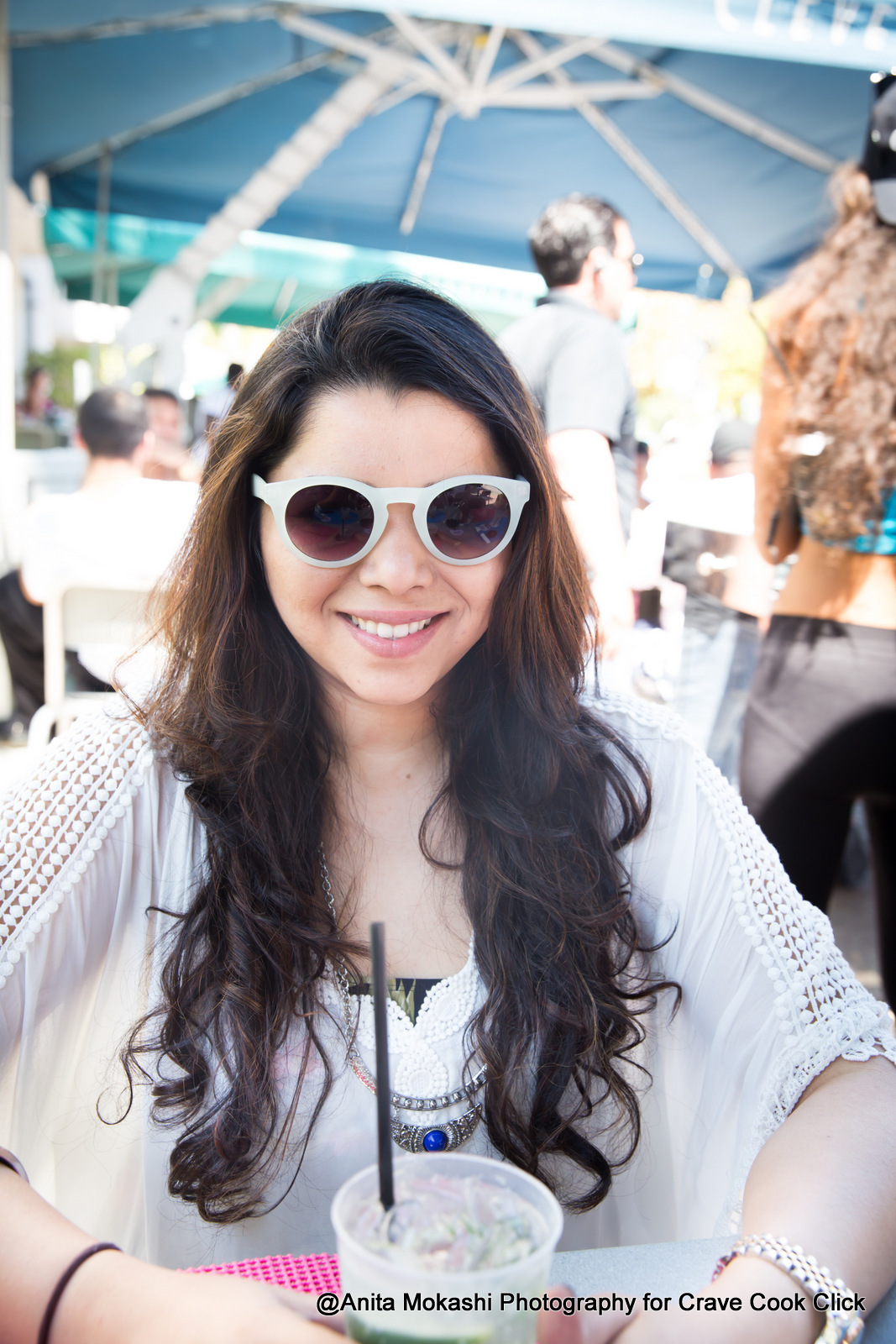 With Brazilian bikinis and fluorescent tans as far as the eye can see, adults will likely tire their necks from spinning around doing a double take at colorful locals. Once you’ve soaked up all of the sun you can possibly fit into one day, the strip of restaurants and bars lining Ocean Drive are close at hand. 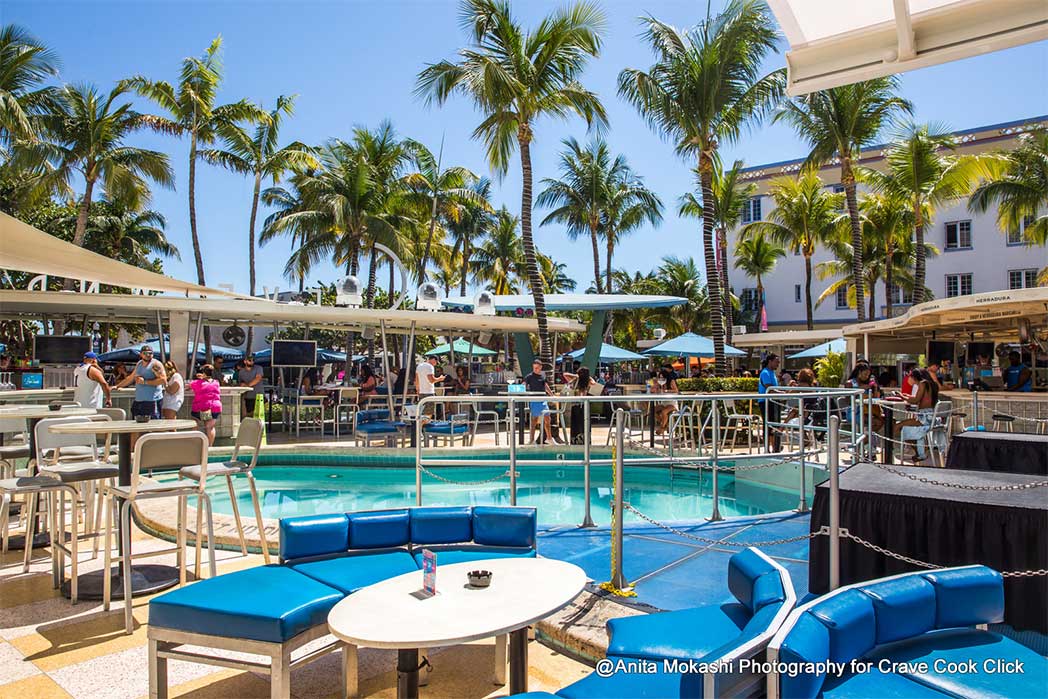 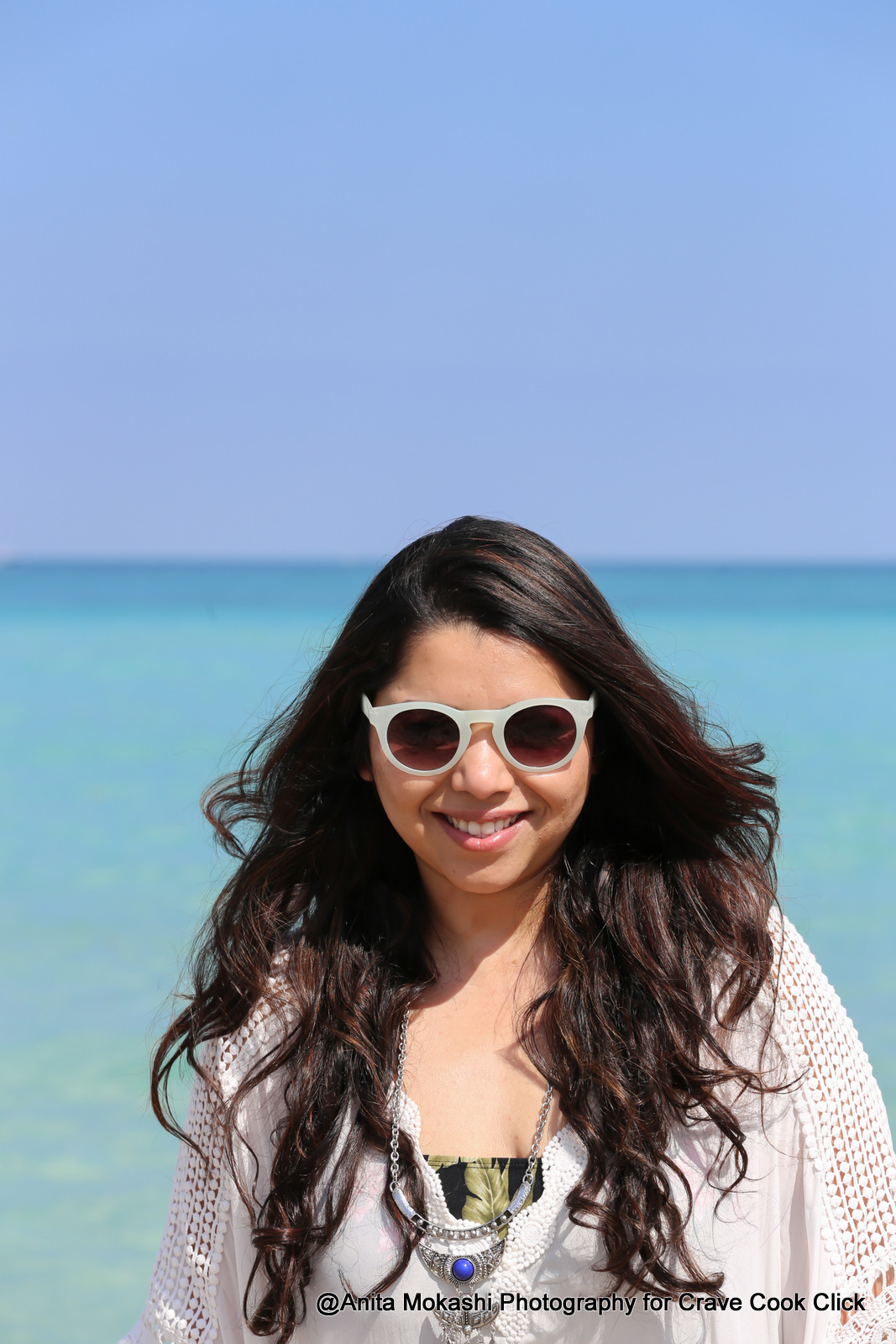 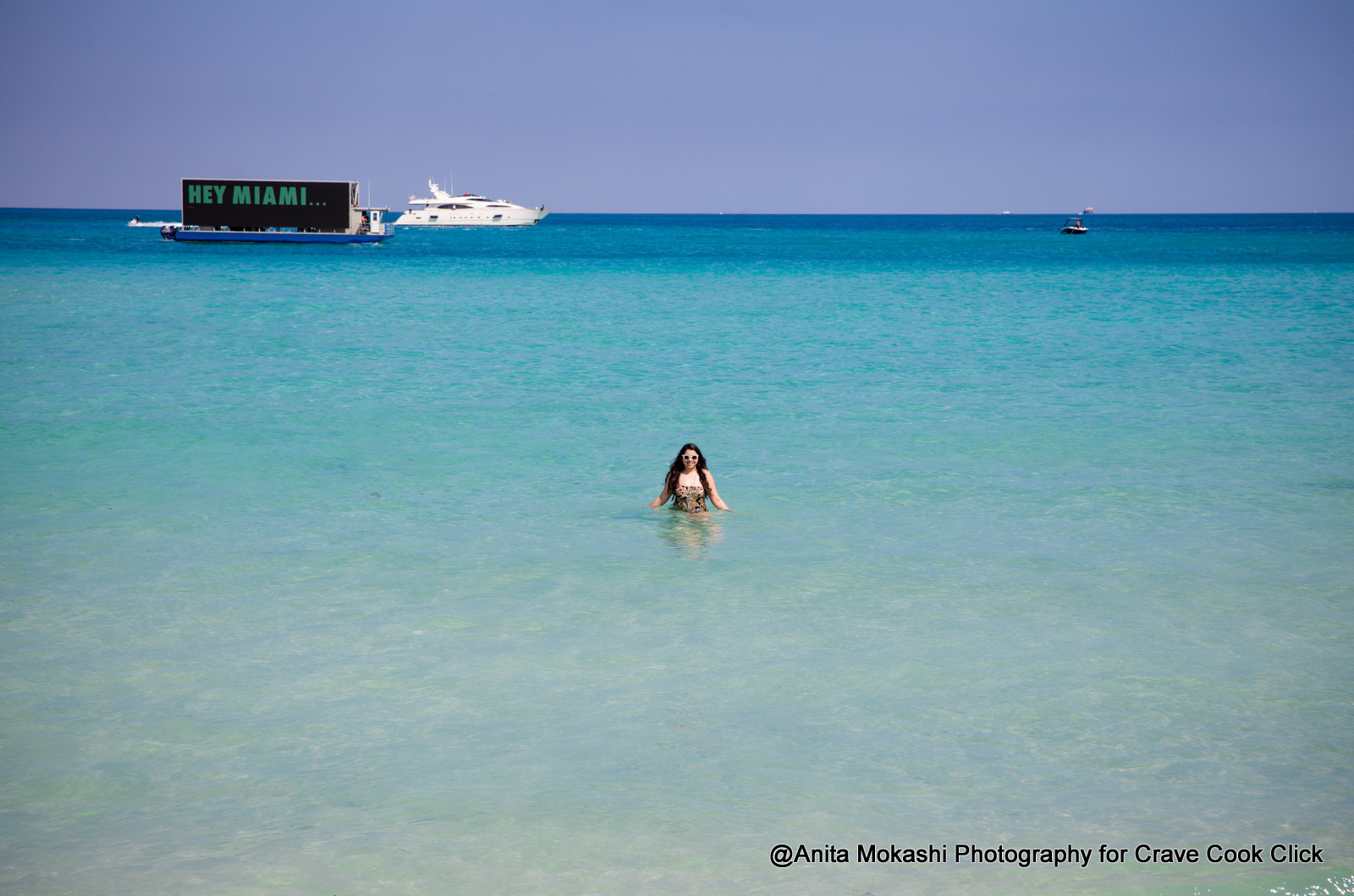 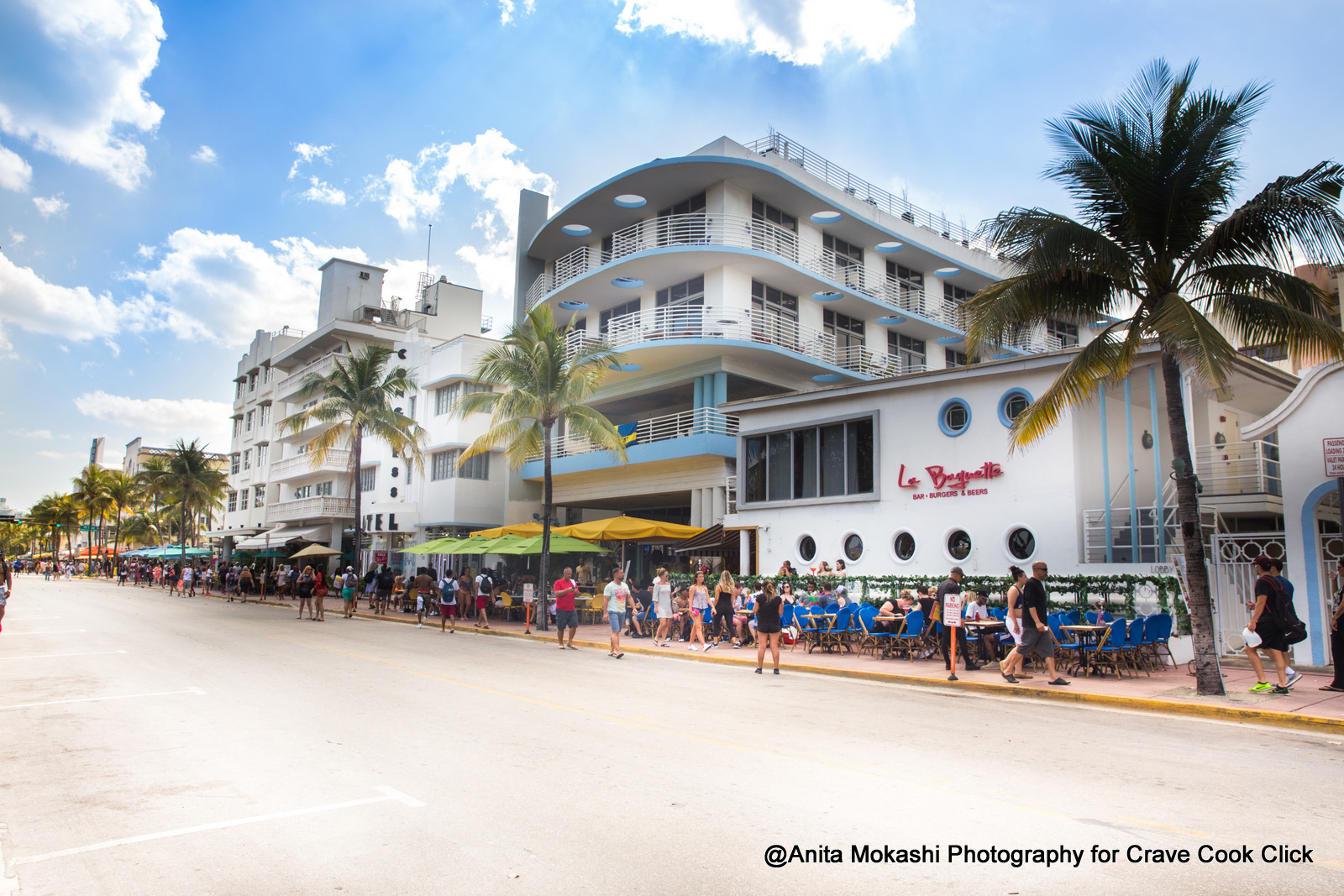 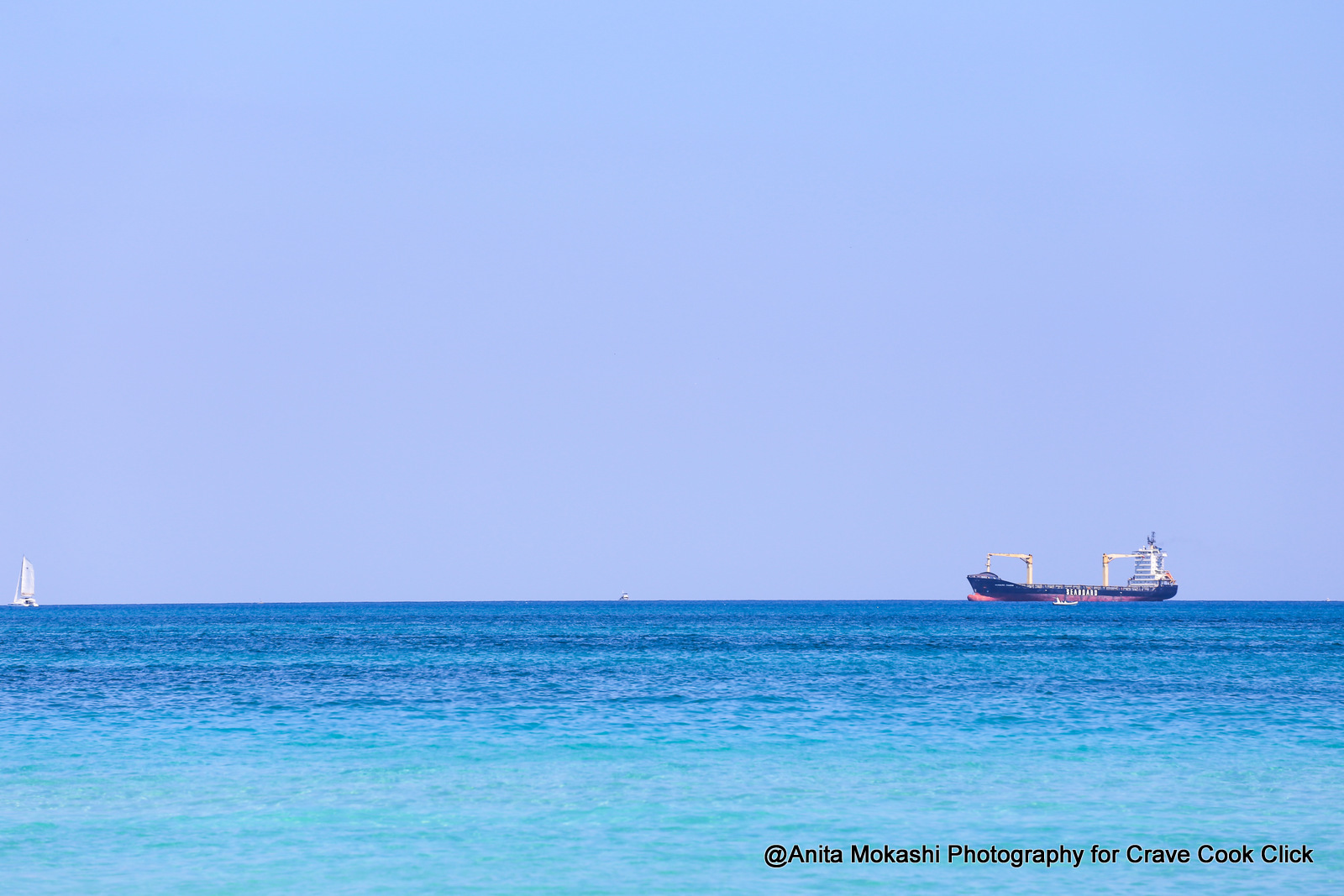 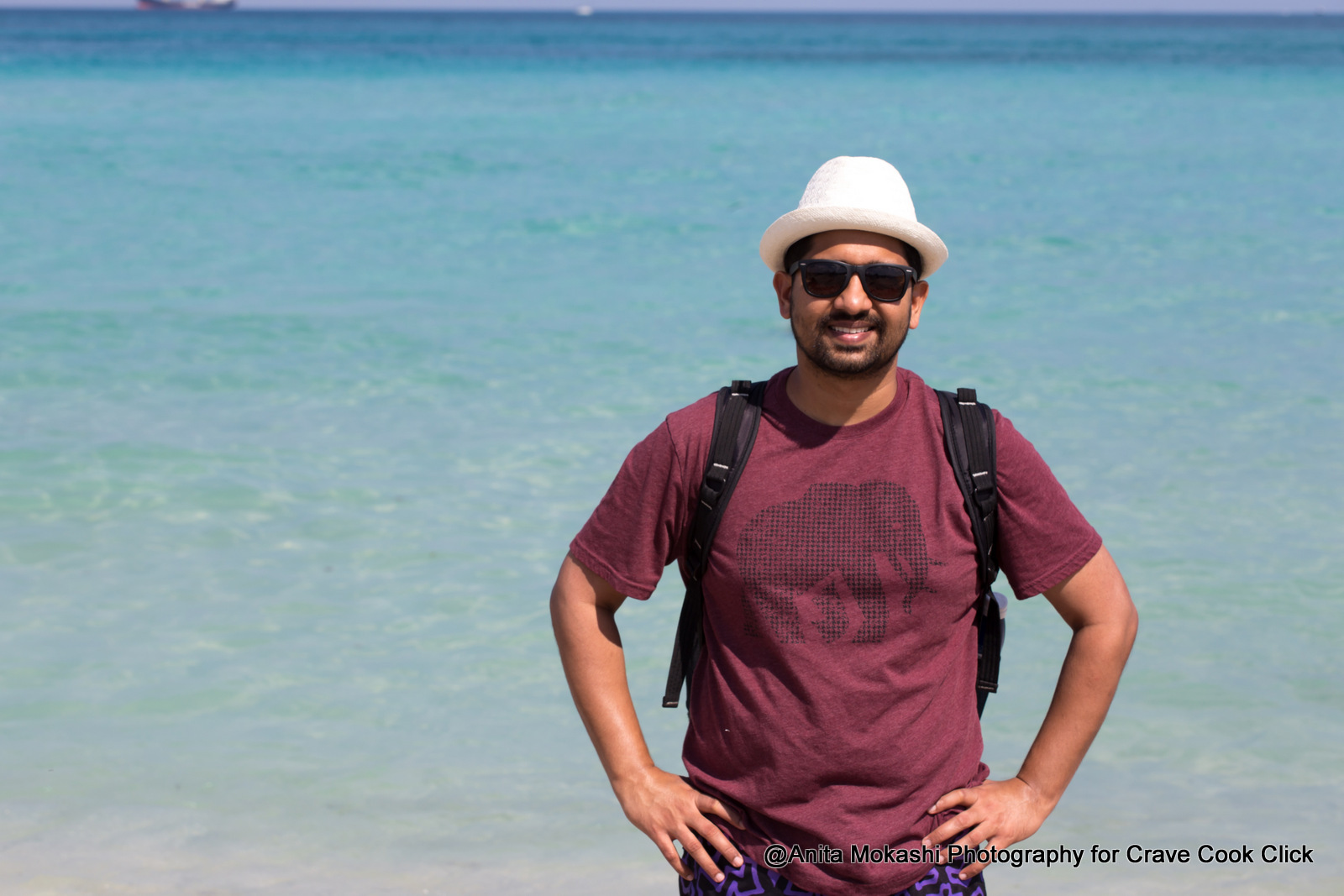 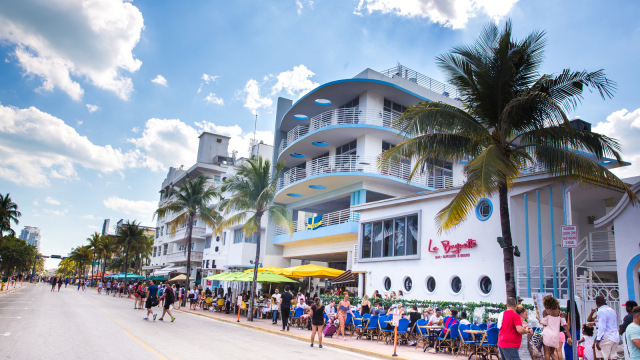