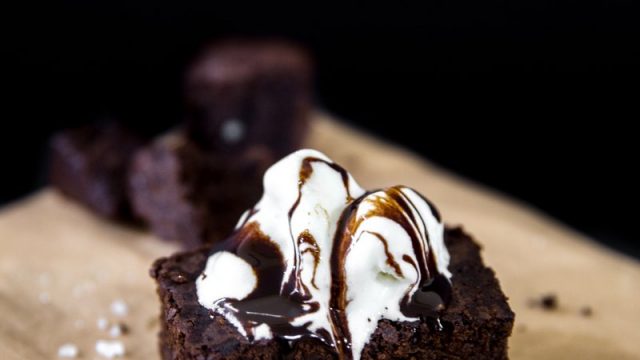 A chocolate brownie is a square or rectangular chocolate baked confection.This is a recipe for a perfect crunchy on top and gooey in middle brownie. 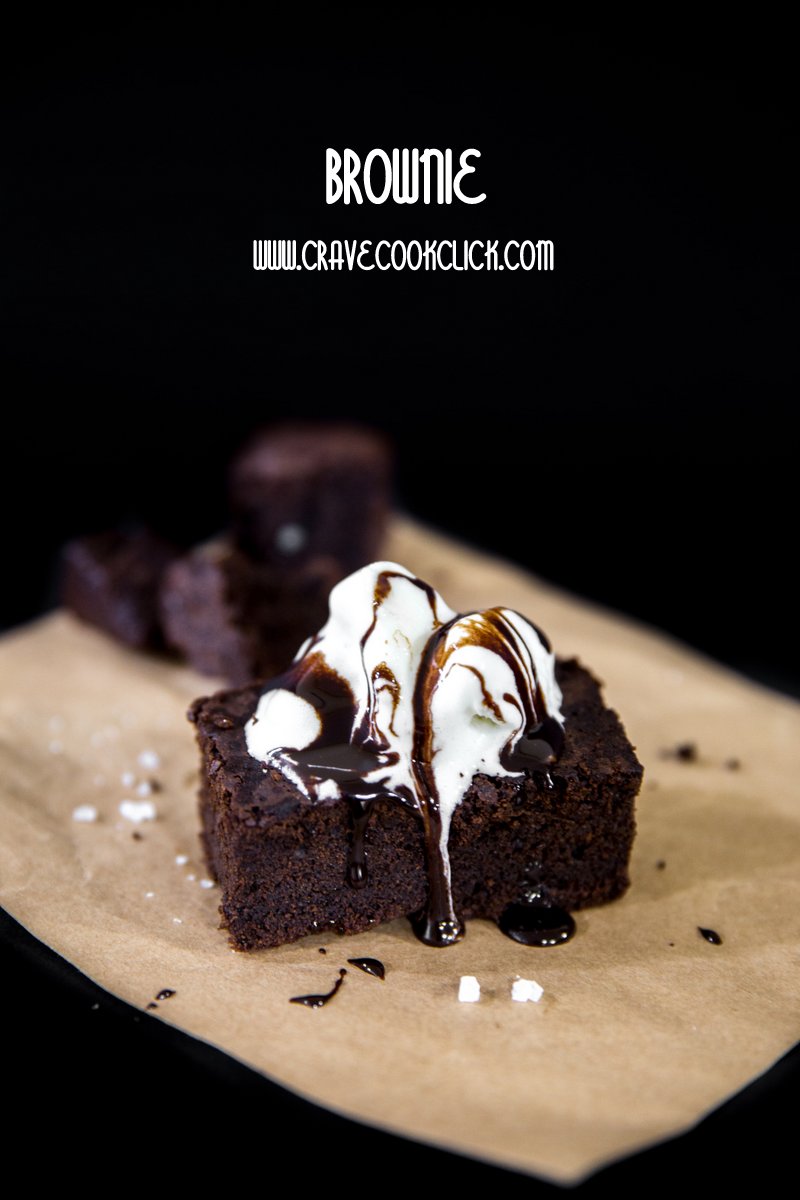 Chocolate Brownies come in a variety of forms and may be either fudgy or cakey, depending on their density. They may include nuts, frosting, cream cheese, chocolate chips, or other ingredients. A variation made with brown sugar and vanilla rather than chocolate in the batter is called a blond brownie or blondie. The chocolate brownie was developed in the United States at the end of the 19th century and popularized in the U.S. and Canada during the first half of the 20th century.

I found this recipe on buzzfeed. 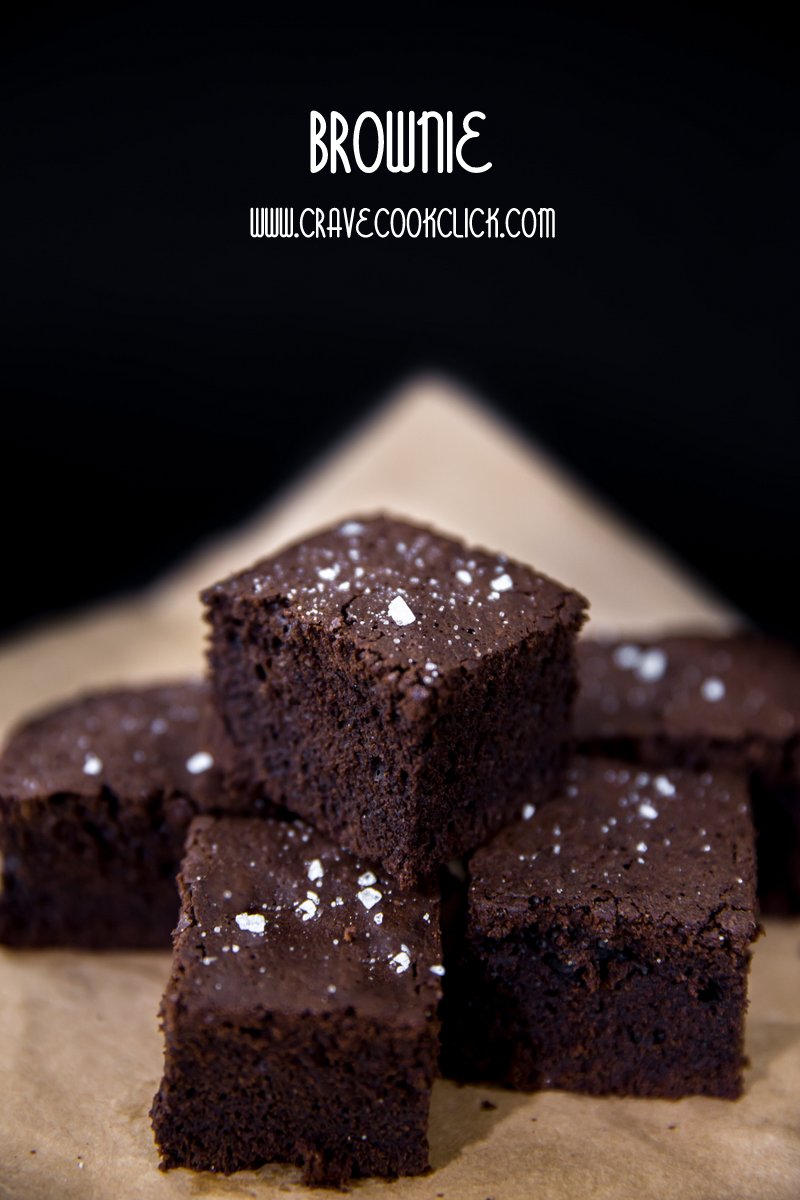 Combine the chopped chocolate, ¼ cup of cocoa powder, and espresso powder in a heatproof liquid measuring cup or medium bowl and set aside.

Add the butter to a small saucepan over medium heat and cook until the butter just comes to a vigorous simmer, about 5 minutes, swirling the pan occasionally. Immediately pour the hot butter over the chocolate mixture and let sit for 2 minutes. Whisk until the chocolate is completely smooth and melted, then set aside.

Combine the granulated sugar, brown sugar, vanilla extract, salt, and eggs in a large bowl. Beat with an electric hand mixer on high speed until light and fluffy, about 10 minutes. It will be similar to the texture of very thick pancake batter.

With the mixer on, pour in the slightly cooled chocolate and butter mixture and blend until smooth.

Sift in the flour and remaining ½ cup of cocoa powder and use a rubber spatula to gently fold until just combined.

Pour the batter into the prepared baking pan and smooth the top with a spatula. Bake until lightly puffed on top, about 20 minutes.

Remove the baking pan from the oven using oven mitts or kitchen towels, then lightly drop the pan on a flat surface 1-2 times until the brownies deflate slightly. Sprinkle with flaky sea salt.

Set the brownies on a cooling rack and cool completely in the pan.

Use the parchment paper to lift the cooled brownies out of the pan. Cut into 12 bars and serve immediately. 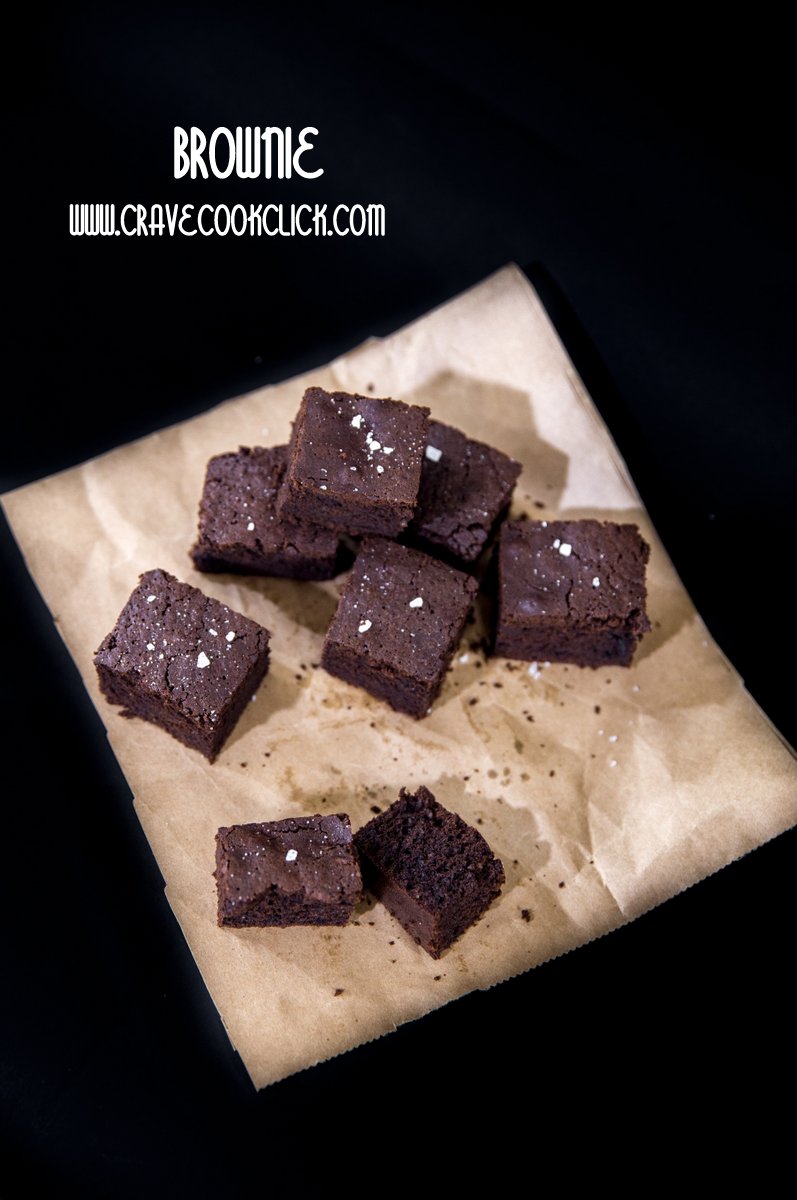 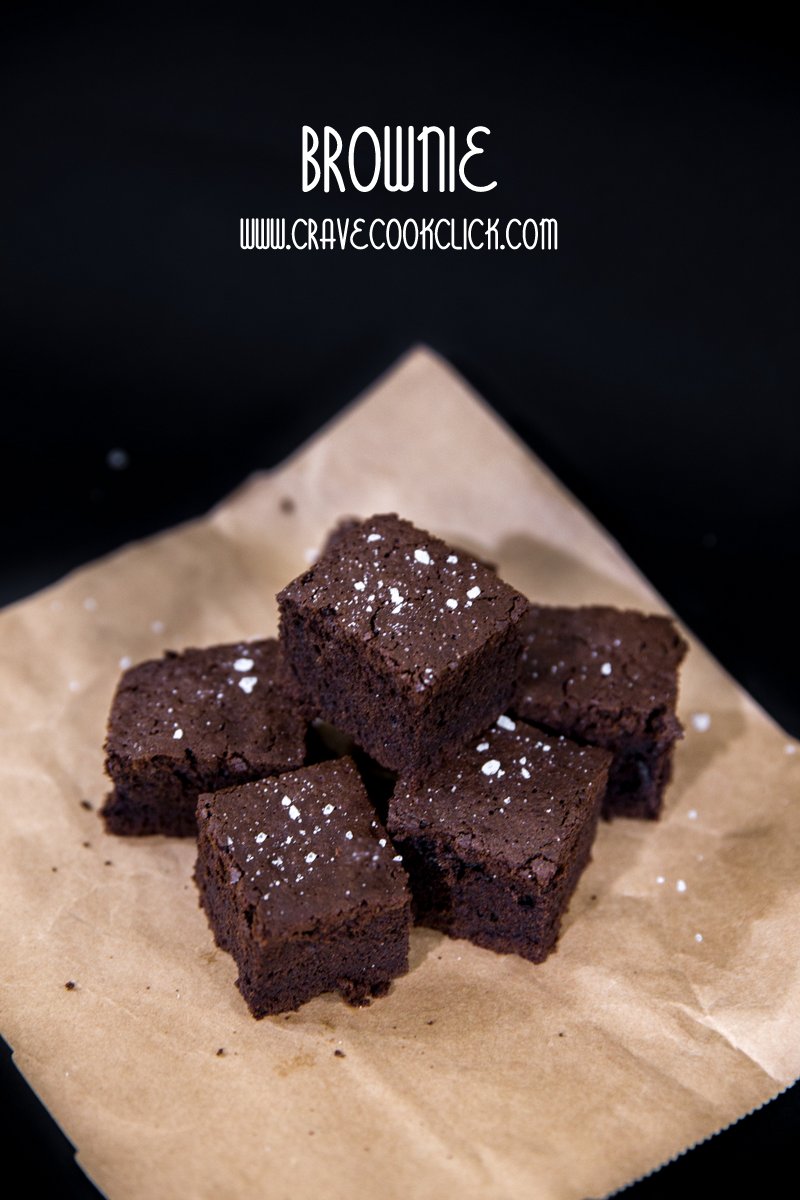 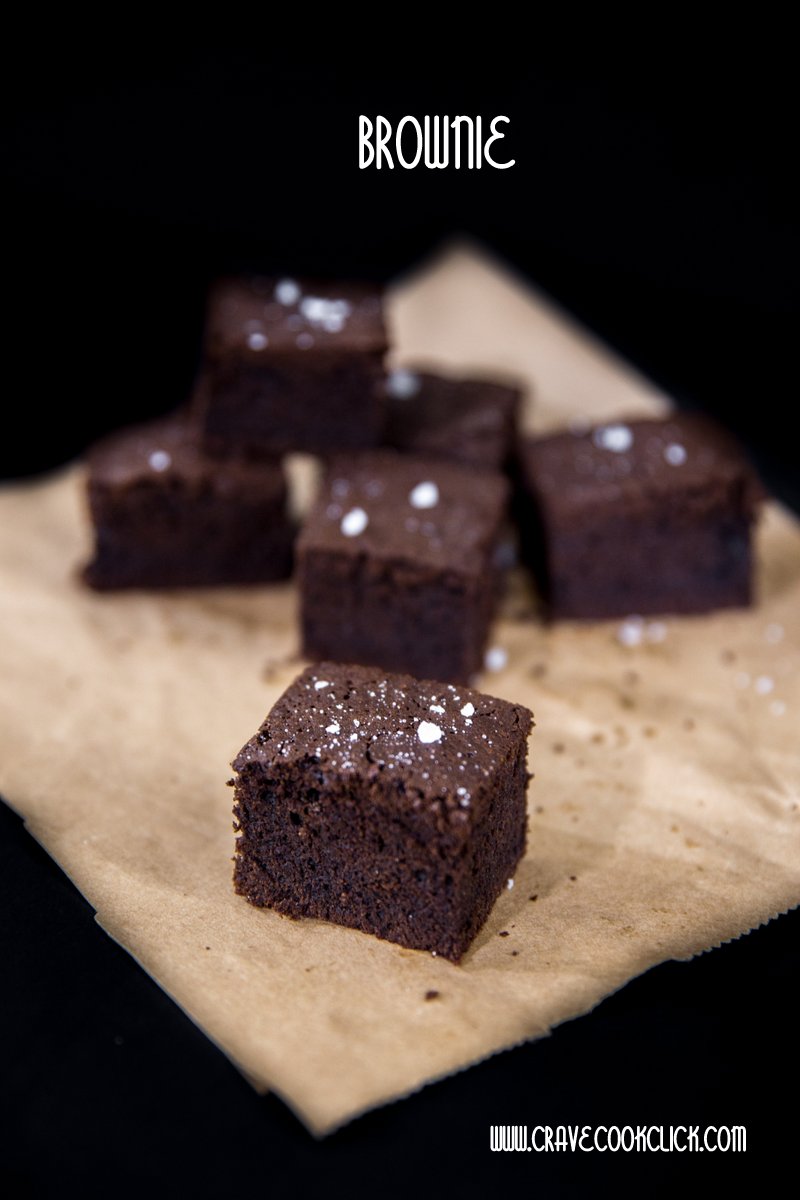 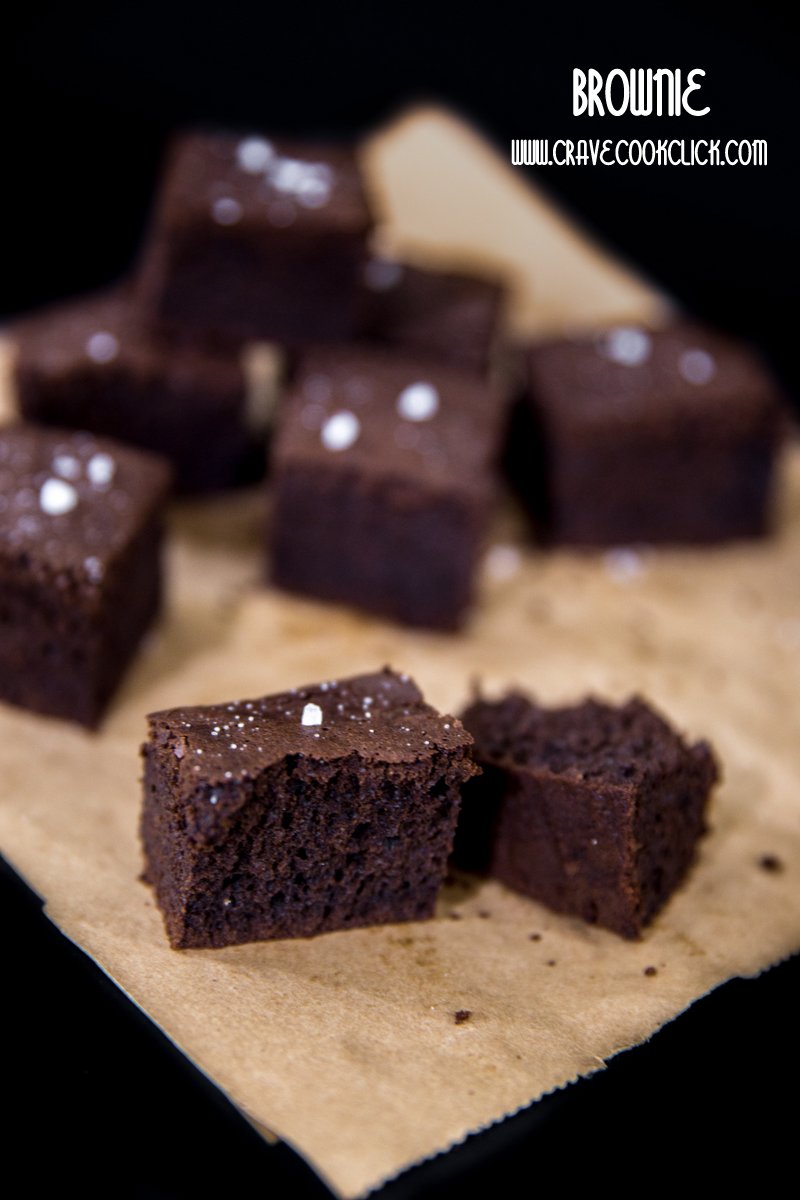 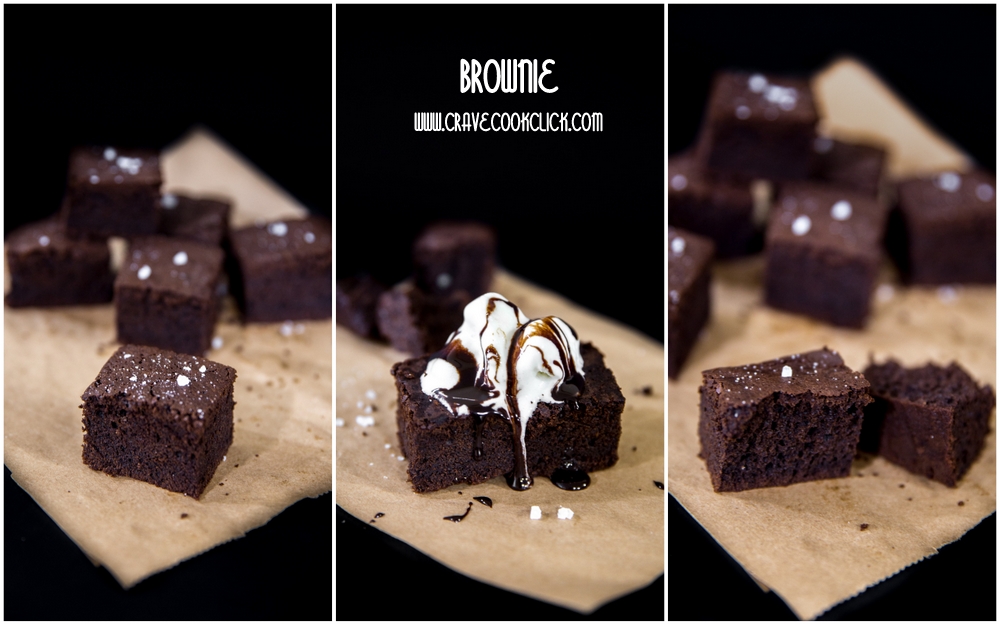