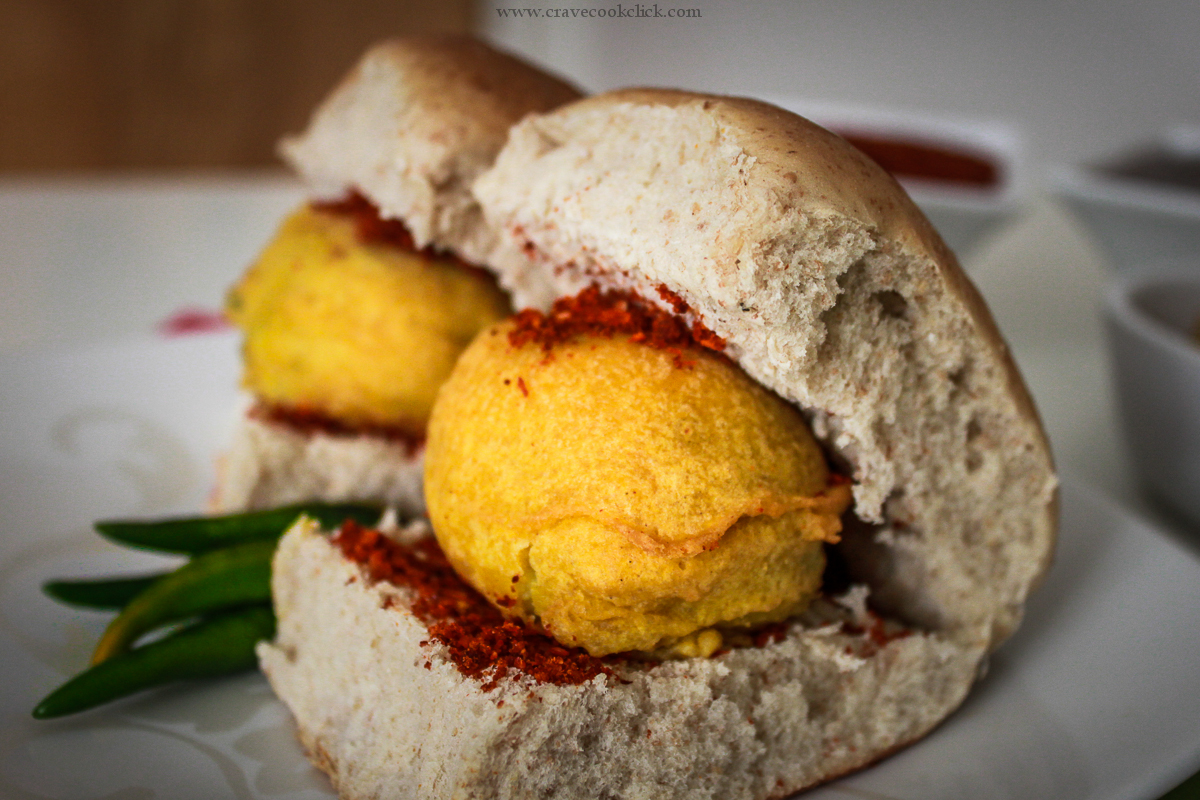 Vada Pav is one of the most popular street food from Maharashtra, India.  Vada is a spicy potato mixture with a coating of gram flour, deep fried in oil. Pav is a special kind of soft bread, almost square in shape. 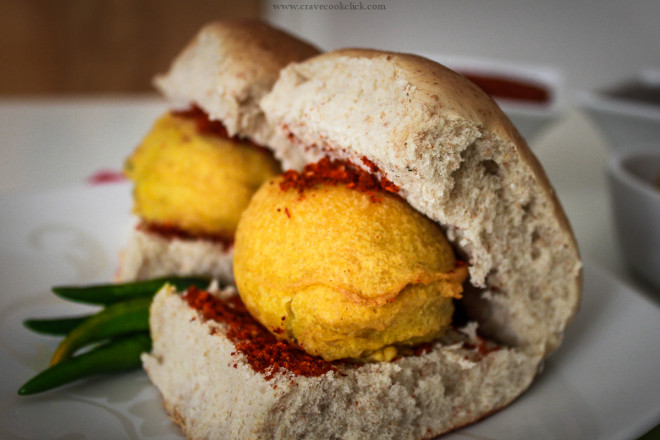 Vada Pav has iconic status in India. It used to be “poor man’s food”, but these days even the rich and famous can be spotted eating it at Bombay’s (Mumbai) numerous roadside food stalls!

I loved eating vada pav at Shivaji Park in Mumbai and how can I forget the very famous Kirti College vada pav near Prabhadevi. Eating hot vada pav in Mumbai’s pouring rain is extremely ROMANTIC 🙂 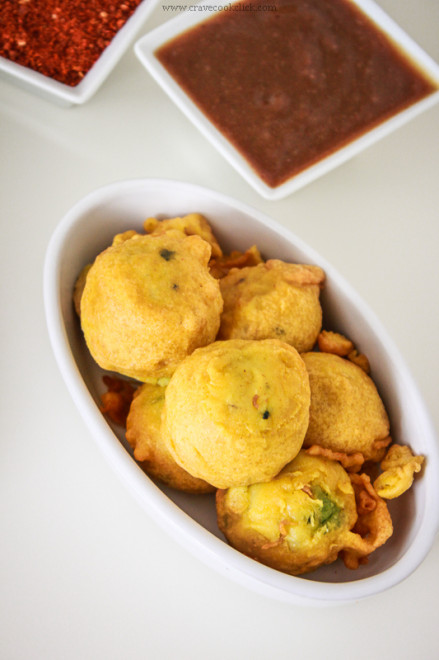 Now some interesting facts about Vada Pav from News Katta:
Maharashtra is a state known for History. Even our very own vada pav is as old as history. Isn’t it shocking? This started in 1966, the time when Bal Thackrey gave a call of encouragement to every Maharashtrians to buck up and start and be entrepreneurs. Inspired, Mr. Ashok Vaidya, used to sell Indian Biryani, mixture of potatoes and poha at his snack stall at Dadar Station in 1966. But by 1970, when he got vending license, he made another invention called “Vada Pav”. He began selling vada pav and today it is called as an Indian Burger. Mr. Vaidya, the vada pav pioneer, died in 1998.
Vada pav is typically served with a chutney (sauce) which is commonly made out of shredded coconut, tamarind pulp, and garlic. 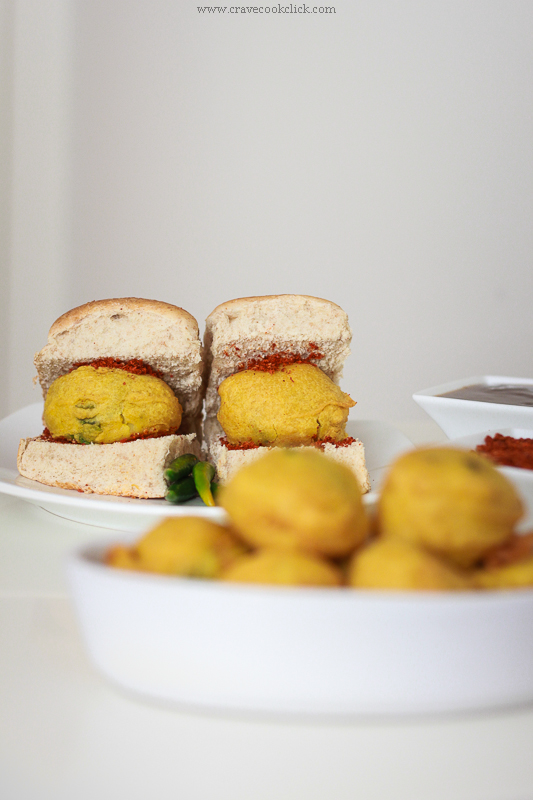 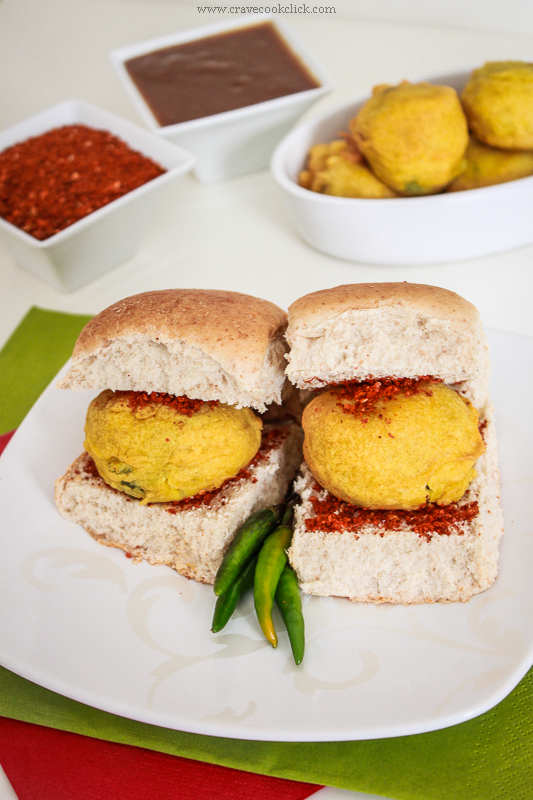 For the vada coating:

Now take the balls and dip it to the flour paste and deep fry it till golden brown.

For the vada pav assembling:

Take the buns slit it into halves taking care one end is still connected to the other bun.Apply the green chutney on one side , red chutney on another side. Keep the prepared vadas in between as shown and enjoy your vada pavs! 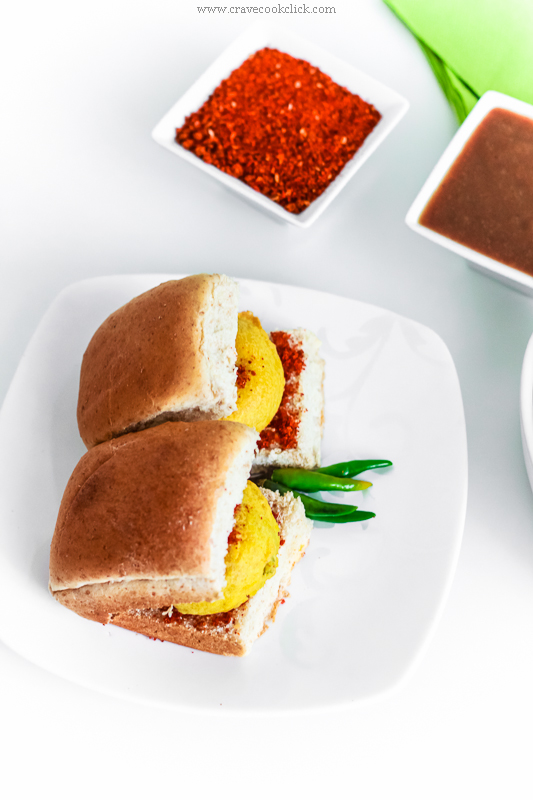 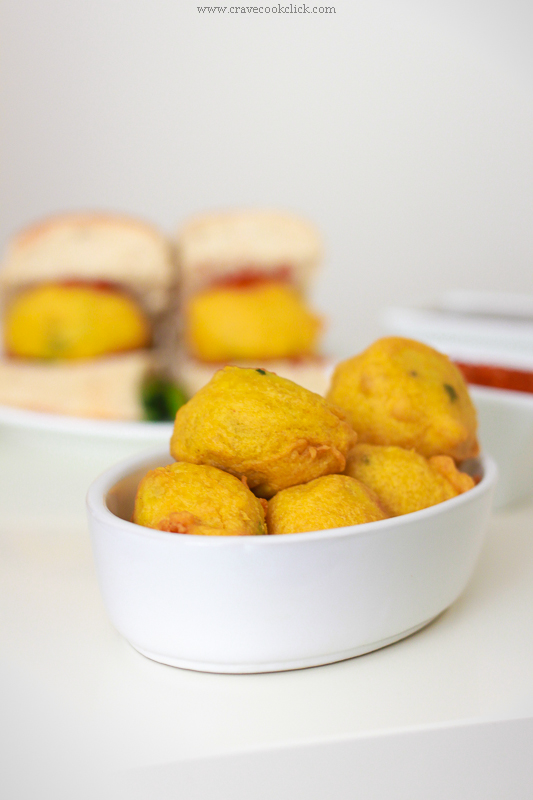 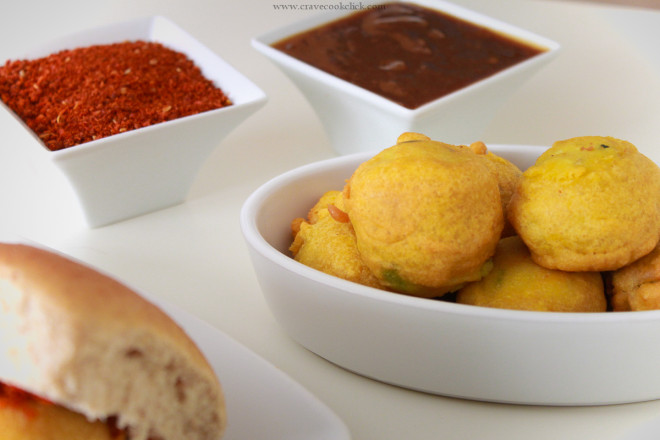 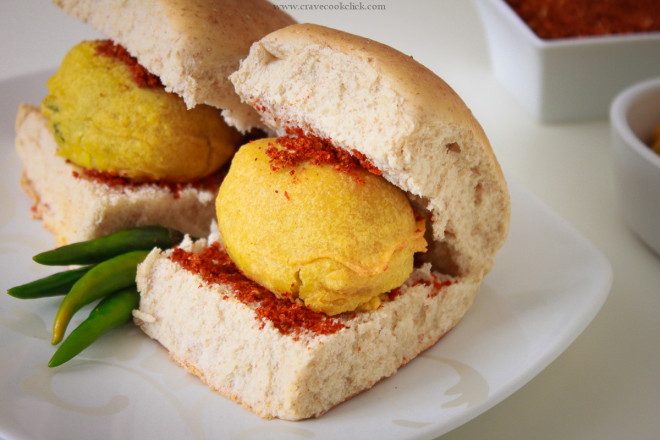 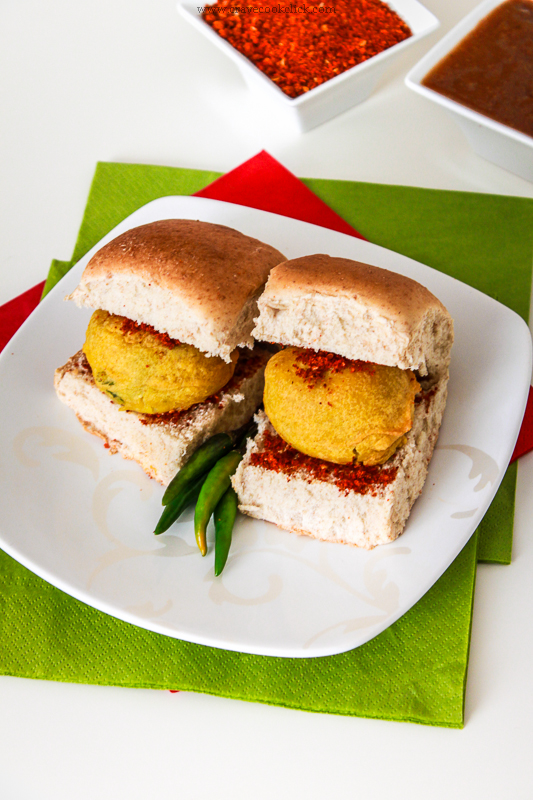 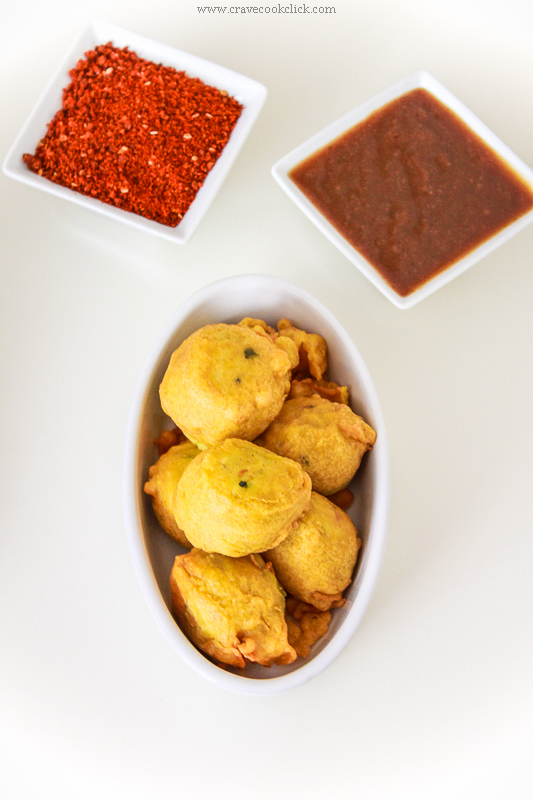 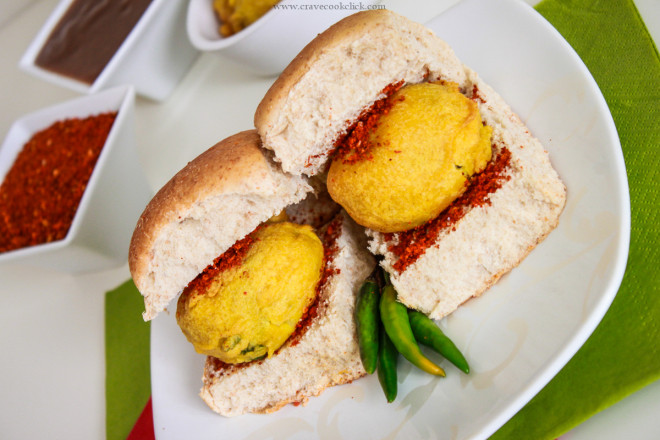 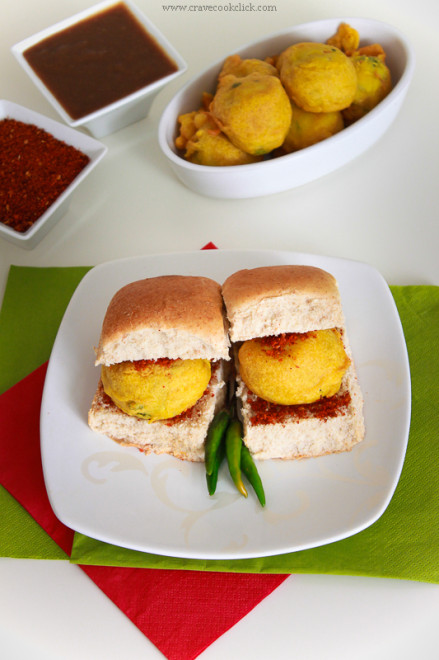