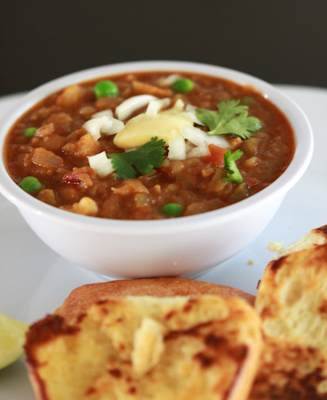 Pav Bhaji is one of the most popular snack in Mumbai. It is a mixture of various vegetables boiled, mashed and cooked with a spicy masala and served with butter fried pav.I remember mom making pav bhaji for my birthday parties when I was in school.Today also I am a big fan of Pav bhaji apart from Pani Puri and Dahi Vada which are one the most famous chat in Mumbai.

Pav Bhaji has always been associated with Amul butter which is used in substantial quantity in this recipe. Amul butter adds the taste which can’t be matched with regular butter. 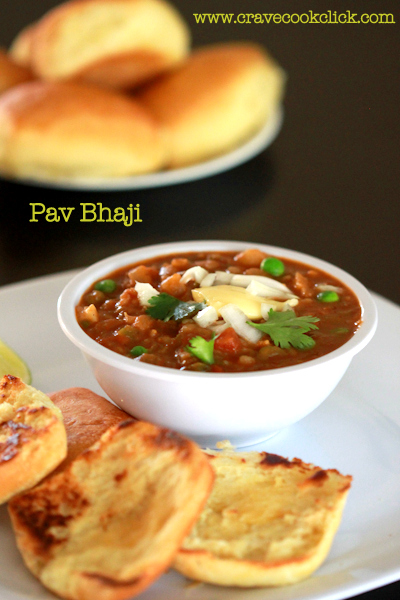 Pav Bhaji is a fast food dish that originated in Marathi cuisine. It is native to Maharashtra and is popular in most metropolitan areas in India, especially in those of central and western Indian states such as Gujarat.

Pav in Marathi means a small loaf of bread. Bhaji in Marathi means vegetable dish. Pav bhaji consists of bhaji (a thick potato-based curry) garnished with coriander, chopped onion and a dash of lemon and baked pav. The pav is usually buttered on all sides.

The origin of this dish is traced to textile mill workers in Mumbai in the 1850s.The mill workers used to have lunch breaks too short for a full meal, and a light lunch was preferred to a heavy one, as the employees had to return to strenuous physical labor after lunch. A vendor created this dish using items or parts of other dishes available on the menu. Roti or rice was replaced with pav and the curries that usually go with Indian bread or rice were amalgamated into just one spicy concoction, the ‘bhaji’. Initially, it remained the food of the mill-workers. With time the dish found its way into restaurants and spread over Central Mumbai and other parts of the city via the Udipi restaurants.

Such is the popularity of this dish, that it is common to find it on the menu of most Indian restaurants serving fast food in Asia (especially Singapore, Hong Kong), America, UK (London), Switzerland and elsewhere.[citation needed] It has also come to become the staple dish in many Indian diets, due to its simplicity and delicacy. 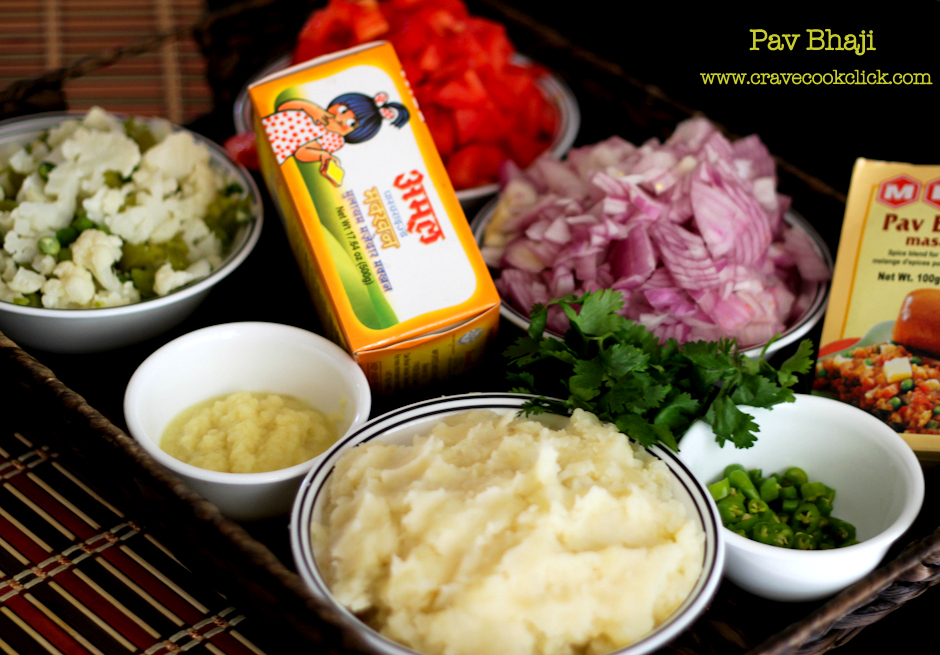 6 medium size potatoes cut into half

To make into paste

To make into fine powder

Steam the veggies mentioned below to steam in ingredients

Make powder of items mentioned below to make powder in ingredients

In a wide pan heat oil and butter

Add onions and sauté until translucent

Add the paste of red chillies and garlic ginger. Saute on medium gas for 5 mins.

Next add capsicum and sauté for 5 mins.

Add powder mix and cook everything until oil separates

Next add steamed potatoes and veggies.

Use a hand blender and blend for 2 minutes 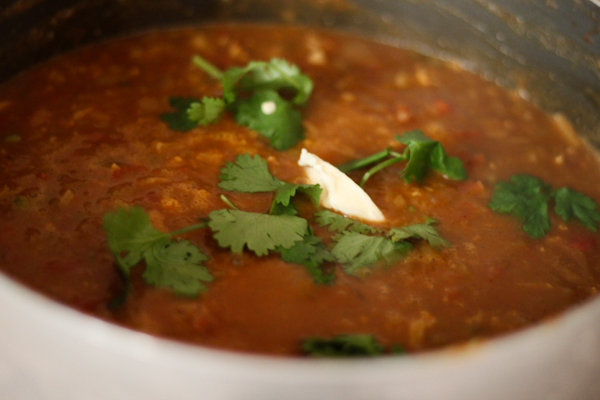 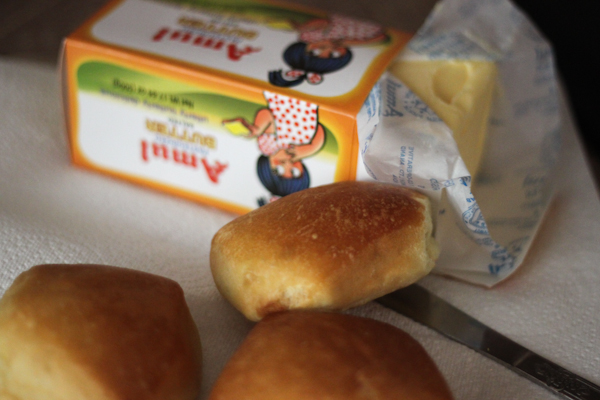 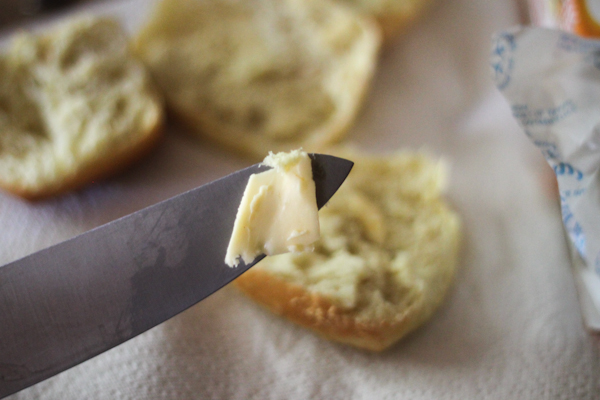 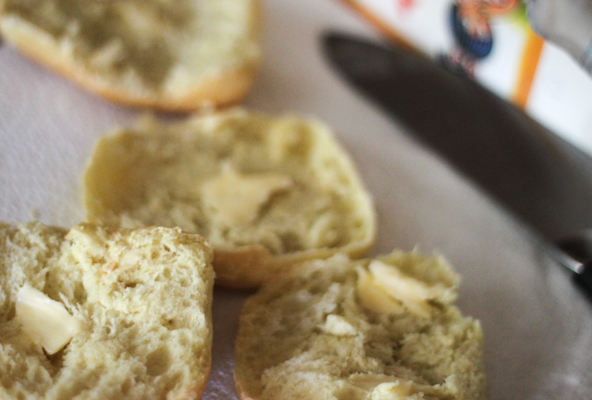 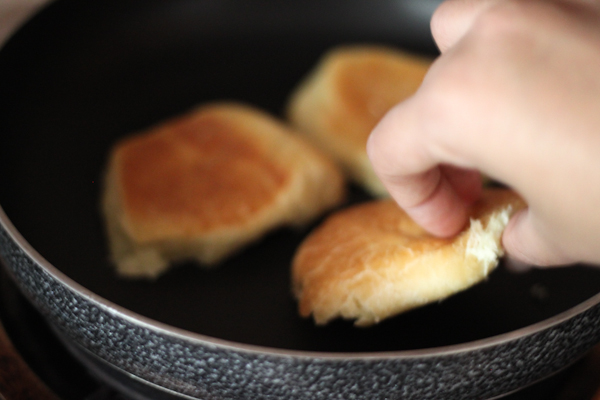 Serve the Pav Bhaji hot with lots of butter:) 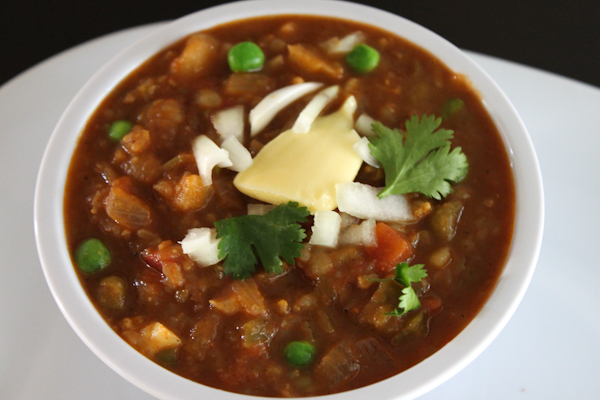