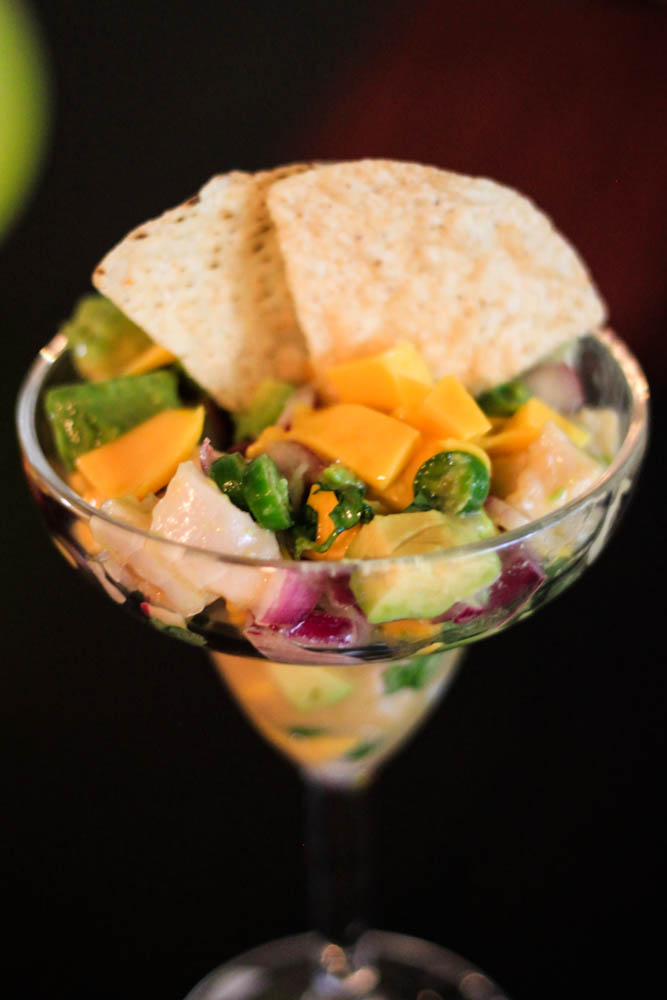 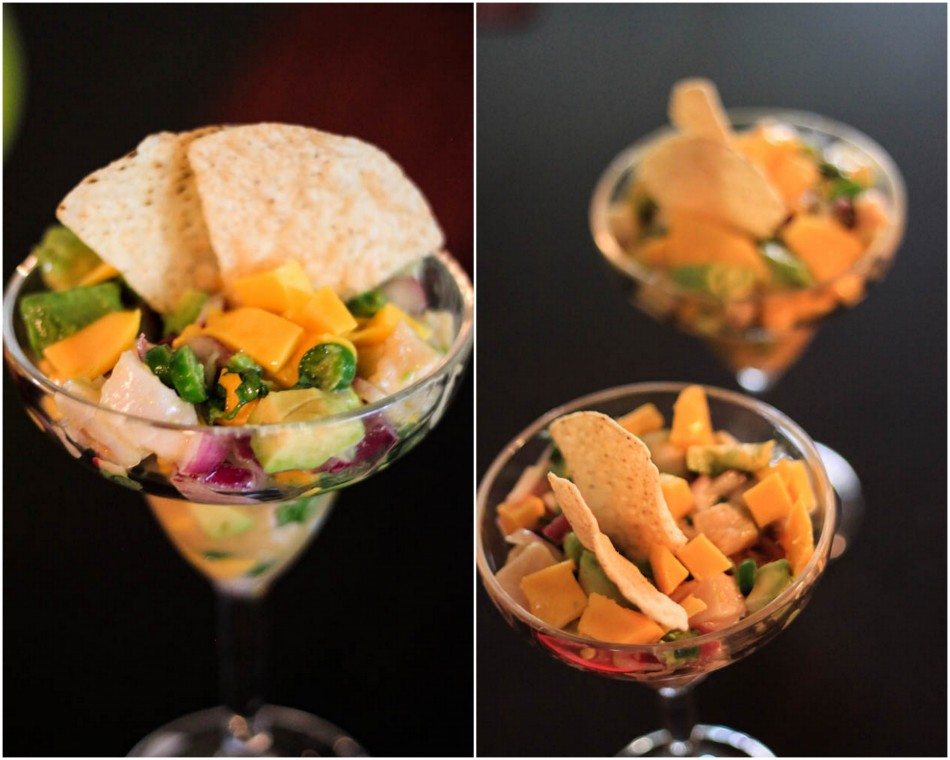 We had our first ceviche in Hawaii…it was melting in the mouth. Can you imagine the fish is not cooked on heat but with lemon juice? It is amazingly flavorful and easy to make too:)
Ceviche’s birthplace is disputed between Peru and Ecuador, and as both countries have an amazing variety of fish and shellfish, it could easily have come from the ancient Inca civilizations of Peru and Ecuador. Every Latin American country has given seviche/ceviche its own touch of individuality by adding its own particular garnishes. In Peru, it is served with slices of cold sweet potatoes or corn-on-the-cob. In Ecuador, it is accompanied by popcorn, nuts, or corn nuts. It is also served in a large crystal bowl with the guests helping themselves, either by spearing it with toothpicks or filling the pastry shells. In Mexico, seviche is accompanied by slices of raw onions and served on toasted tortillas.
Ceviche is considered Peru’s national dish. There is a theory that pre-Hispanic peoples cooked fish with a fruit called “tumbo.” The Inca’s ate salted fish and a chicha-marinated fish dish. The Spanish contributed the Mediterranean custom of using lemons and onions.
There are other historians that believe that Ceviche’s origin is Arabian, imported to Peru by Arabian immigrants and re-interpreted by the Peruvians of the coastal areas.
The other version is that some English-speaking people, who watched fishermen on the coast of Peru eating their fish directly from the sea with just lemons and salt, said “See the beach.” Since this is a phrase that the locals could not repeat well, they instead pronounced it “Ceviche.” 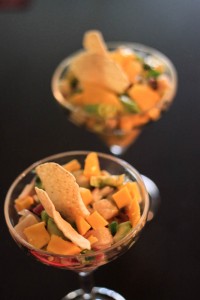 1 lb Tilapia, cubed in 1/4″ pieces
1 Mango, peeled and cubed into 1/4″ pieces
2 Avocado, peeled and cubed into 1/4″ pieces
1 Tomato, roasted, peeled and seeded
1 Serrano chile, roasted, seeded and minced
2 Tbsp Red onions, minced
2 Tbsp Cilantro
1/2 C. Fresh lime juice
1/4 C. Fresh orange juice
Dash Tobasco sauce
Pinch Salt
Method
Chop tilapia into 1/4 inch cubes.
Toss with 1/2 of all juices, and all ingredients with exception of mango and avocado cubes.
Place in ziplock bag and marinate in the refrigerator for 1 – 2 hours.
Chop mango and avocado.
Toss separately in the remaining 1/2 of the juices.
Place a tablespoon or two of mango and avocado in the bottom of martini glass.
Top with a tablespoon or two of the marinated, drained tilapia along with the pepper and red onion. Top with a sprig of cilantro. 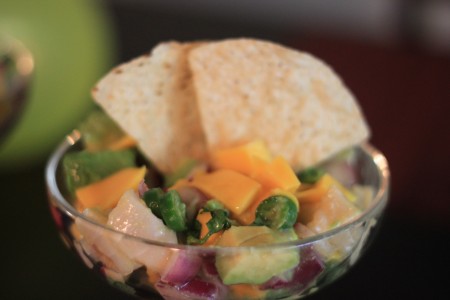 I was fortunate enough to try these ceviches around the world

Ceviche from Hawaii made with the local Mahi Mahi fish 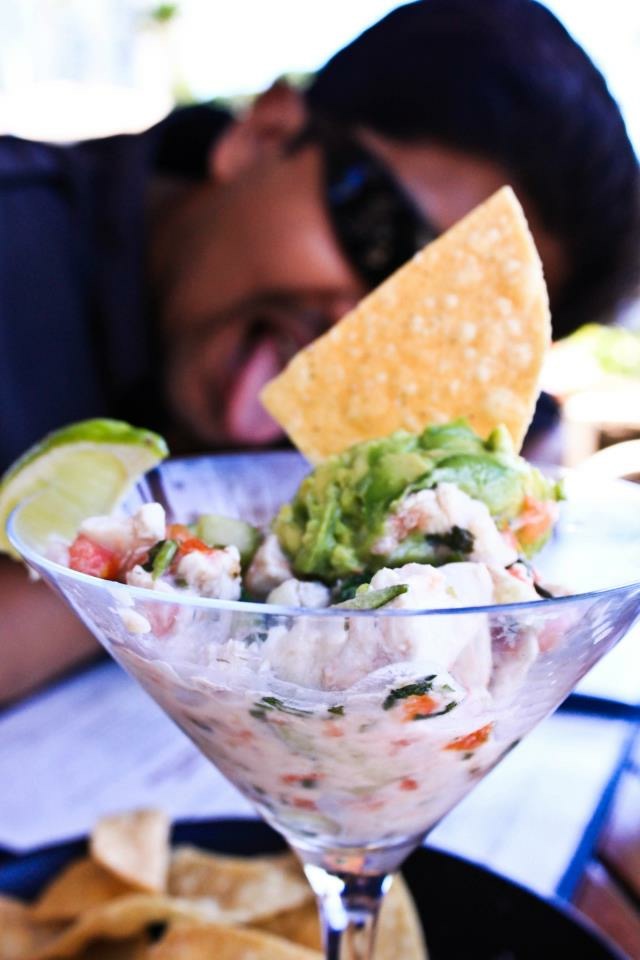 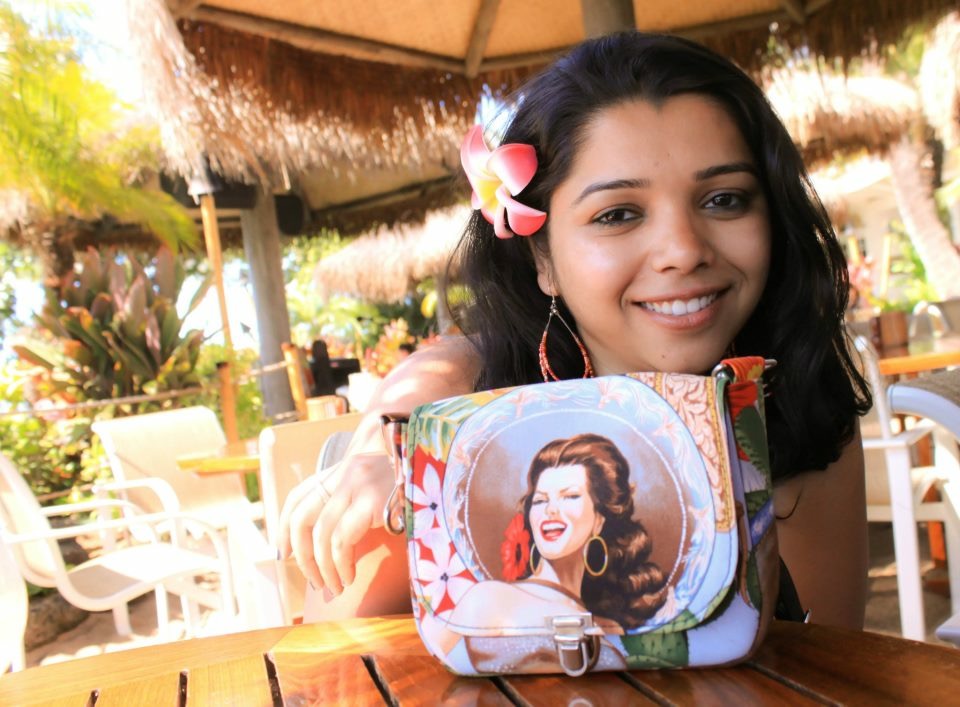 Ceviche from Mexico majorly comprises of shrimp and Guacamole. 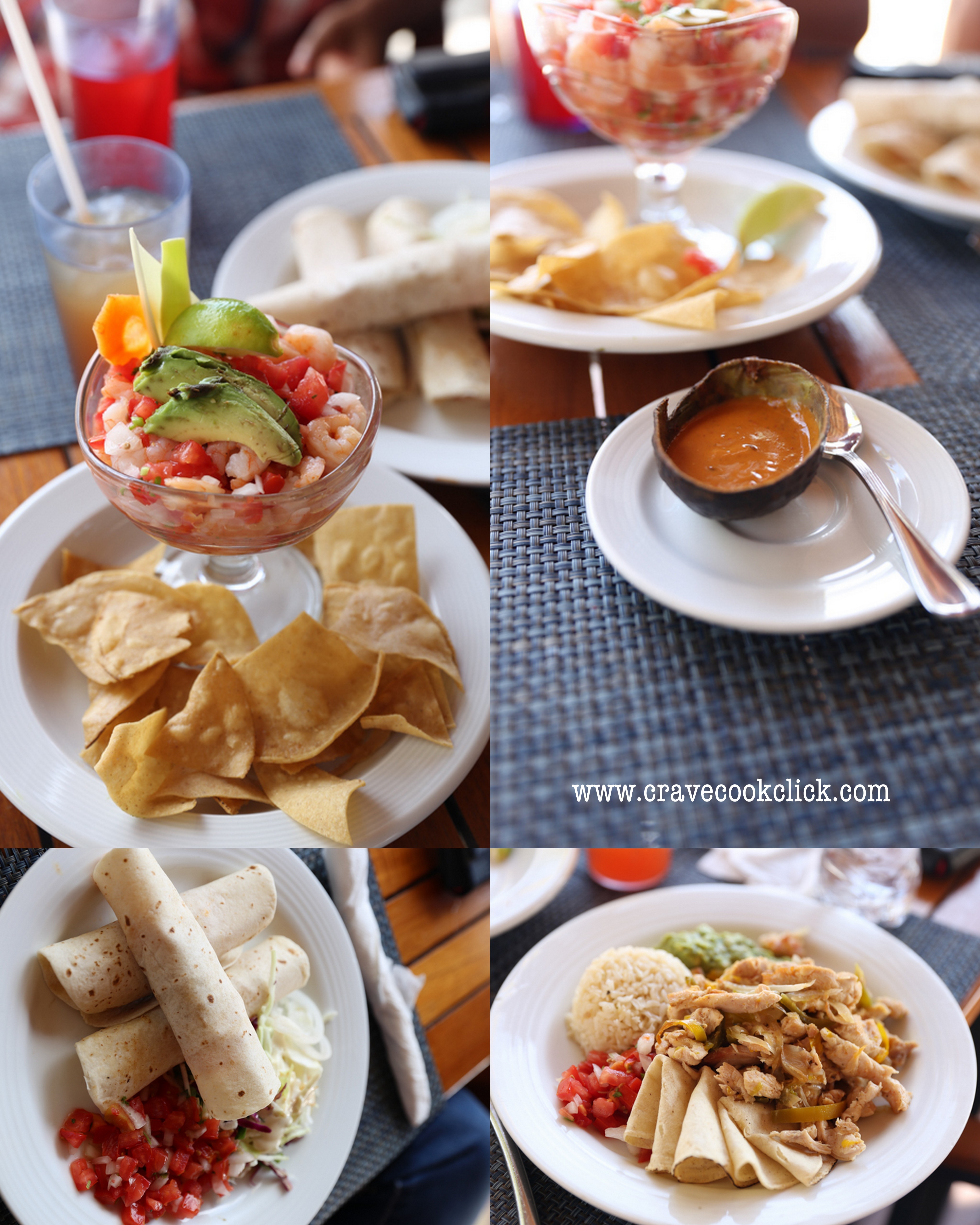 Ceviche from Puerto rico with the Red Grouper 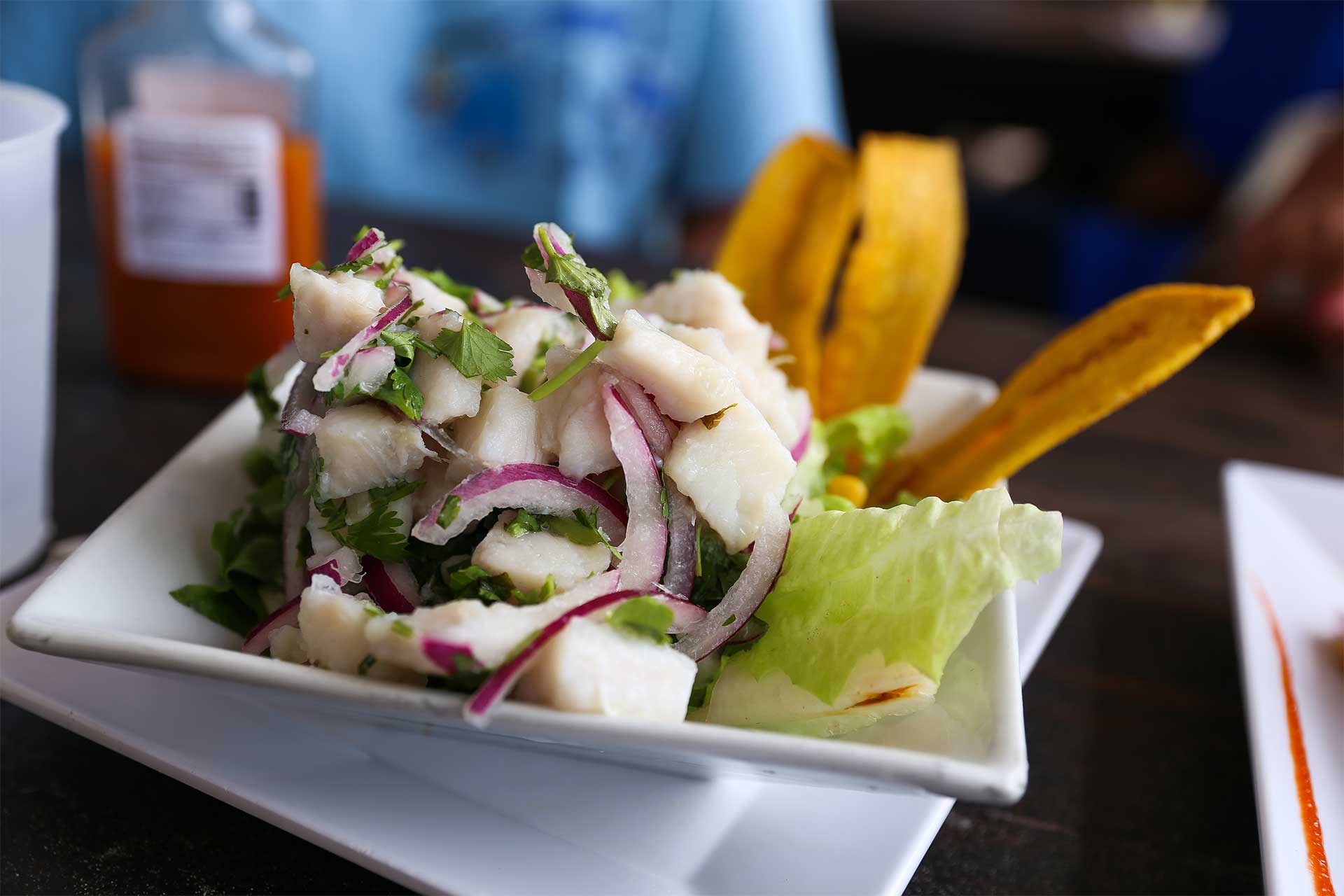 Another ceviche from Puerto Rico comprising of Shrimp 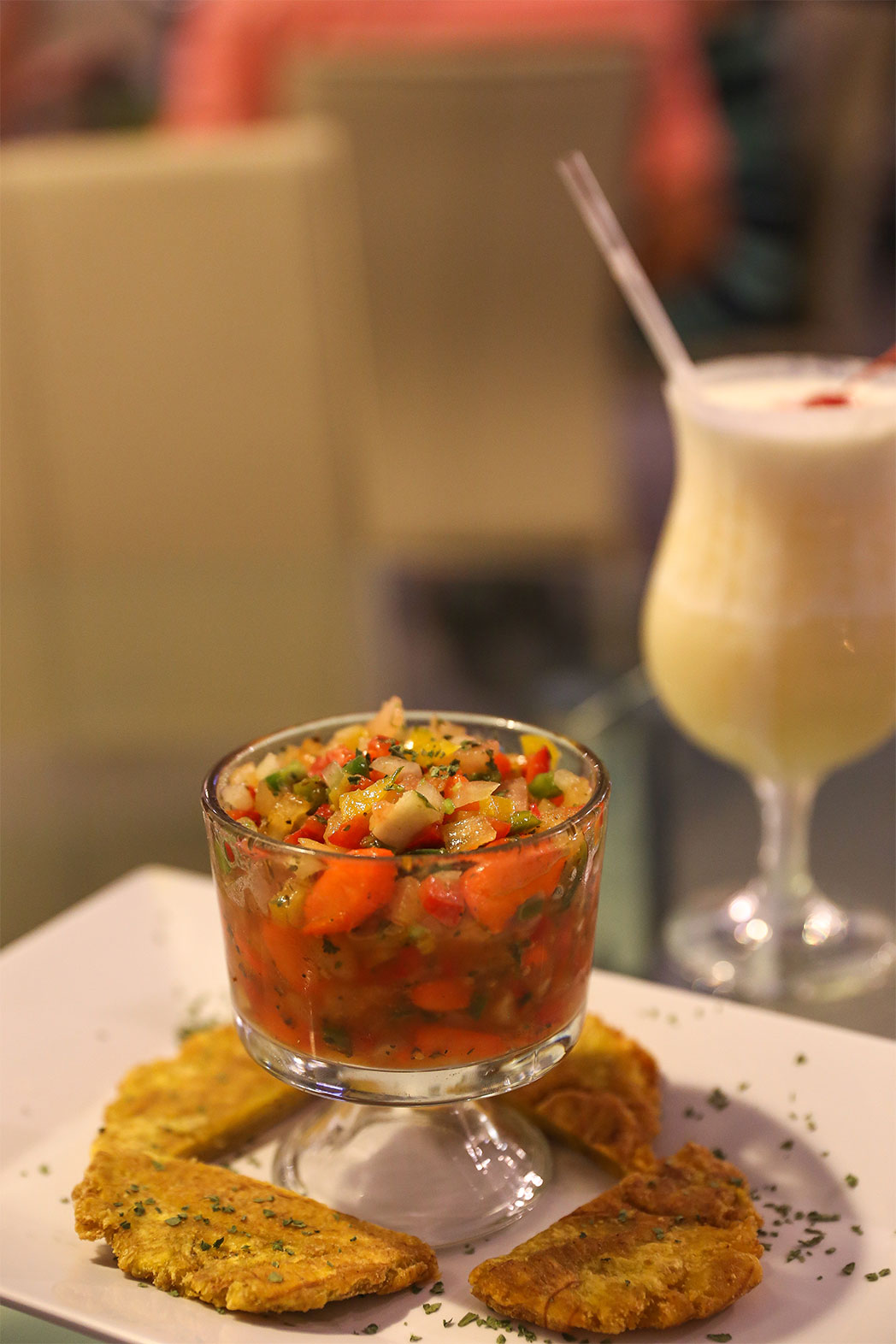 And our very own Ceviche from california with Tilapia 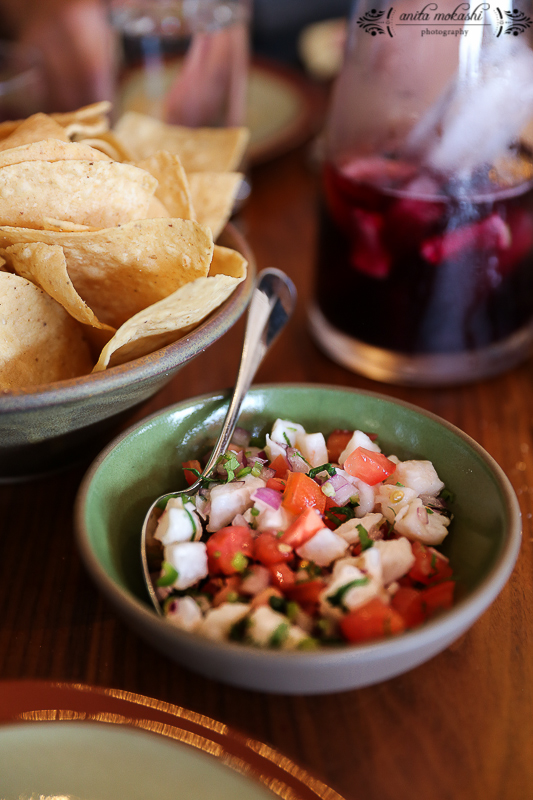