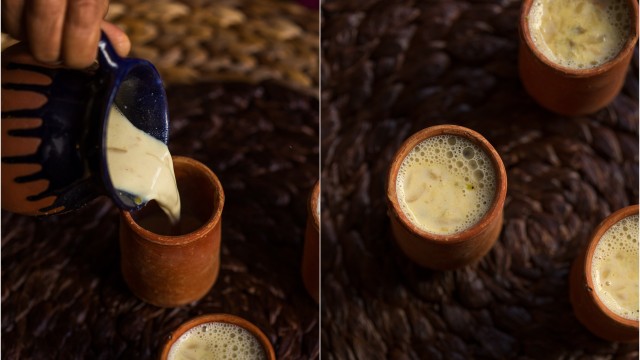 Masala dudh/Masala milk is flavored milk with dry fruits, spices and saffron. I remember Aai making masala dudh for Kojagiri Poornima at home. I loved having it warm, especially with some sabudana vadas 🙂 It can be served chilled also.

Kojagiri Poornima or the Full Moon day in Ashwin month is celebrated as Kojagiri Purnima in Maharashtra. It marks the ending of rainy season and the sky gives its way to the Sun. Kojagiri is the festival to welcome brightness in our lives. Kojagiri Purnima is also called as Sharad Purnima. 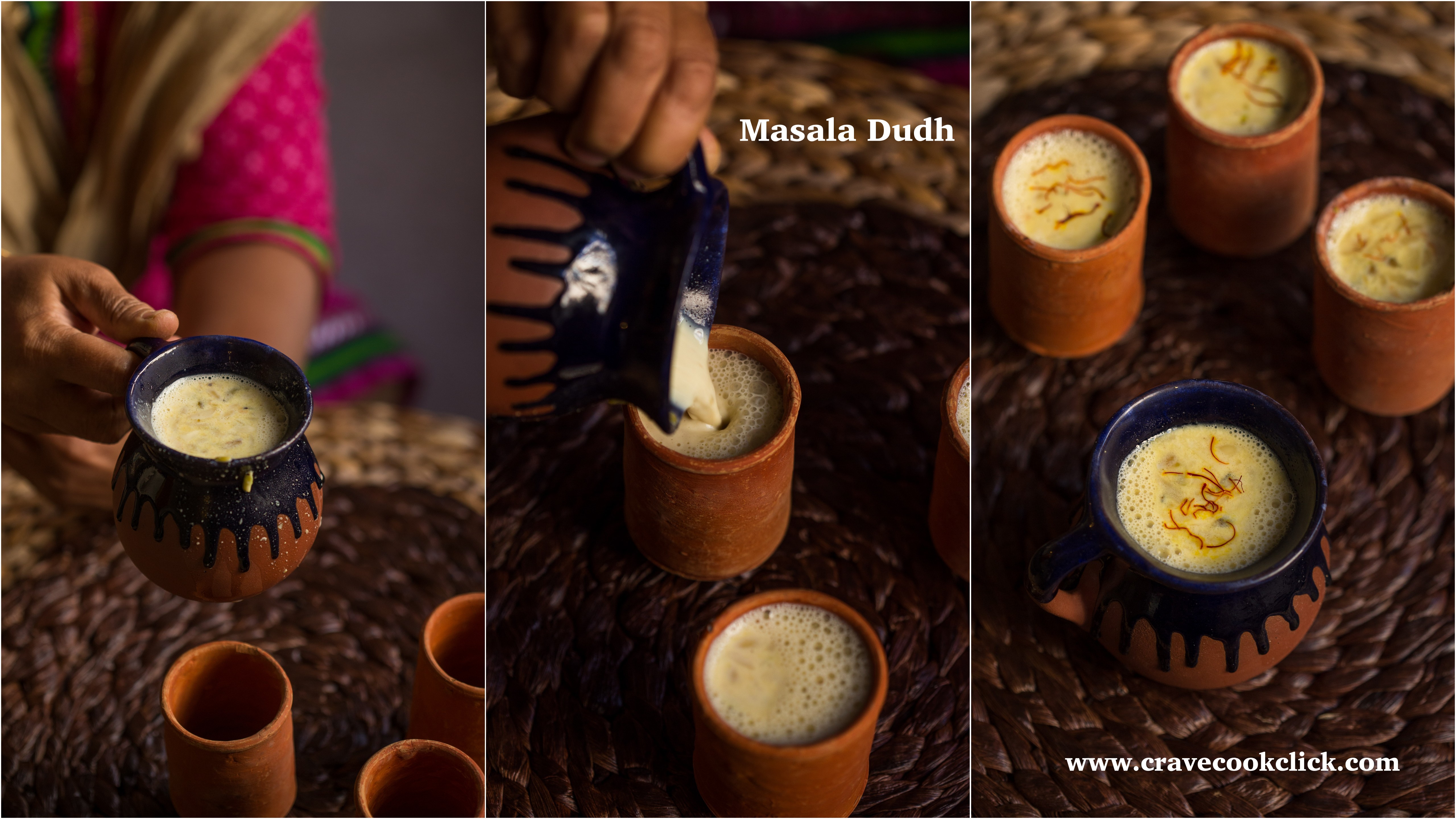 Masala dudh in made from the masala dudh powder which can be made in advance and kept refrigerated. You can get the masala milk powder readymade also in stores but I definitely prefer homemade.

Here are some facts about Kojagiri Poornima

The Kojagari Purnima concerns the observance of the Kojagara Vrata. People perform this vrata under the moonlight after fasting for the day. Lakshmi, the Hindu Goddess of Wealth, is worshipped on this day, and also is Indra, the God of Rains, seated on his elephant, Airavata. Lord Shiva with his consort Parvati and carrier nandi are also worshipped. The devotee breaks the fast at night by taking parched rice and milk after offering them to the moon-god. Vivid descriptions of this night are given in Brahma Purana, Skanda Purana and the Linga Purana. It is said in these Puranas that Goddess Lakshmi takes rounds of the earth to watch the actions of human beings during this night

In Sanskrit, “Ko jaagarti” literally means “Who is awake?”.

Therefore, The festival is known as Kojagiri Purnima as it is believed that the Goddess Lakshmi moves around the earth under the full moon night asking, `Ko jaagarti’, seeking those who are awake and praying with devotion, showering her blessings on them. 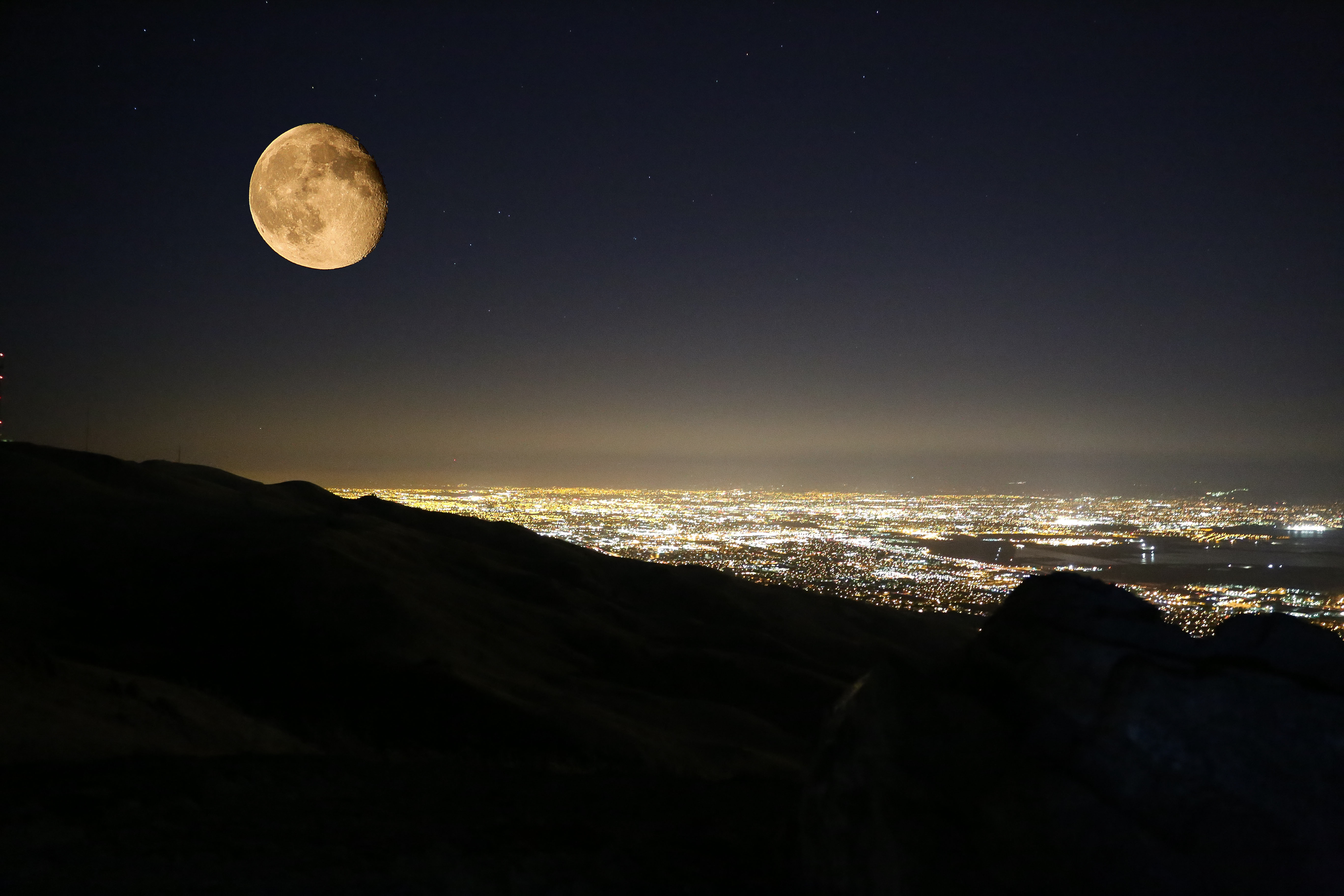 t is popularly believed that the Goddess Lakshmi goes around on this very night visiting people, and showers her blessings upon those she finds awake and engaged in devotion. Hence, the night is spent in honouring and celebrating the goddess by singing devotional songs or by playing various games of amusement, under the moonlight. People fast by intaking only fluids like coconut water or milk. Under the moonlight, Milk is boiled until it thickens and kheer (a combination of dry fruits) is added to it and prepared. The prepared milk is covered by a thin cloth and kept overnight under the open sky as it is believed on this night, the moons rays “amrit” have healing properties and its rays would get mixed in the milk delicacy, thus enriching it with auspicious healing properties. The milk is later served and consumed by looking at the moon. There is also a tradition to have cool milk and rice flakes on this night. 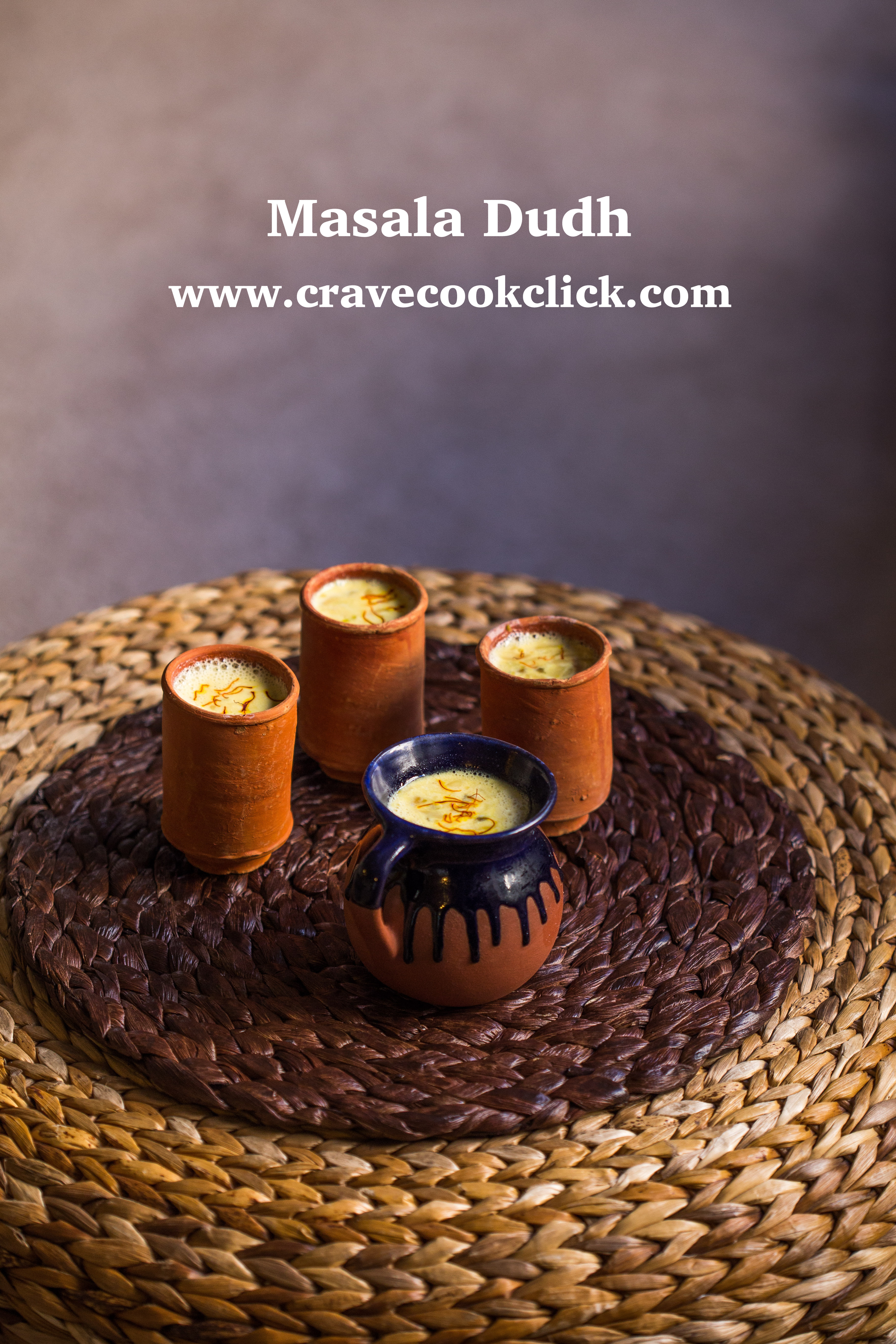 One more reason for making this masala milk was the earthen kulads which i bought from Mumbai. I loved serving the milk in the kulads 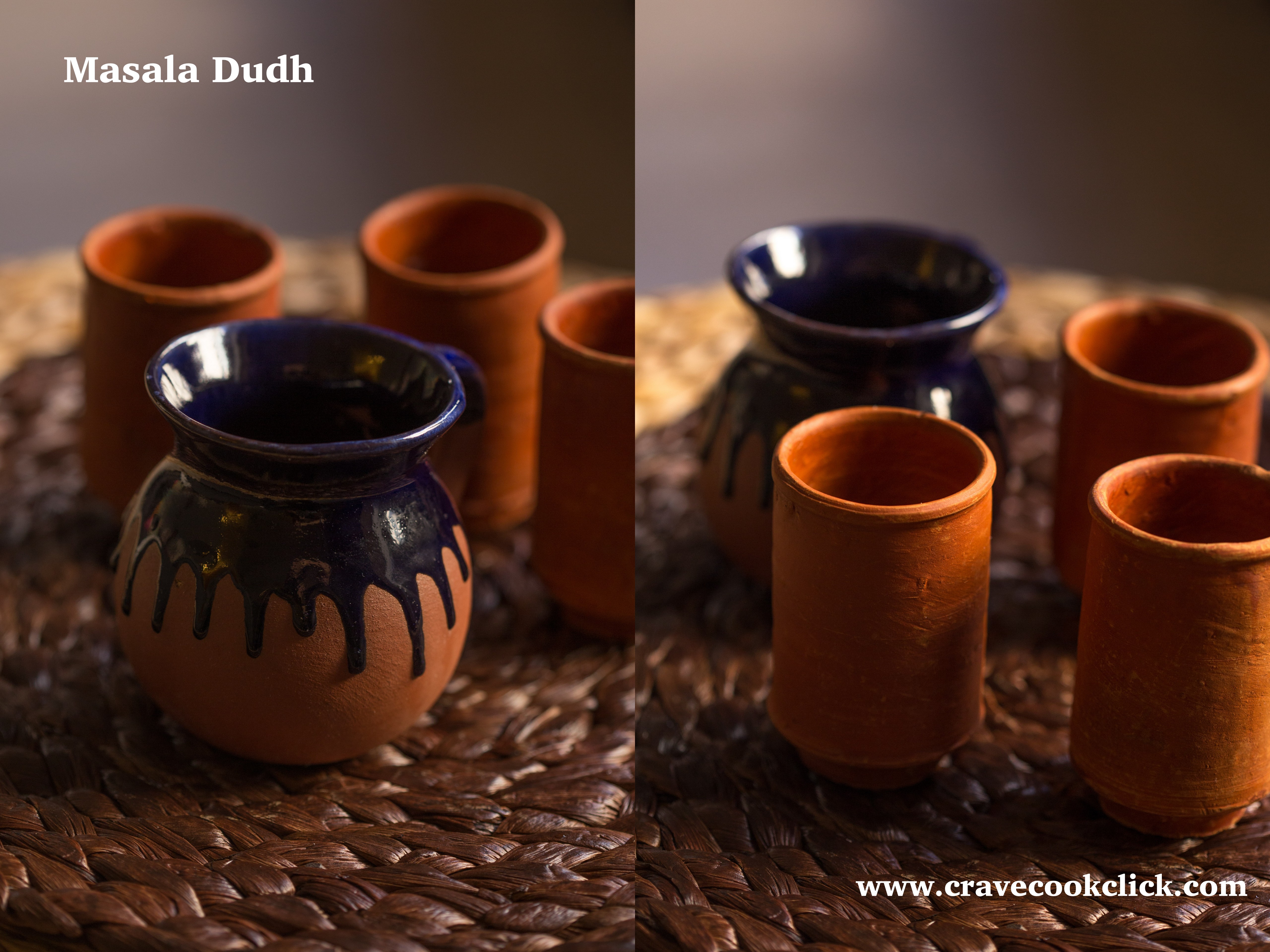 a pinch of saffron strands

Make a fine powder. This is called masala dudh powder.

Add this mixture to milk. Boil the milk for 15 minutes. 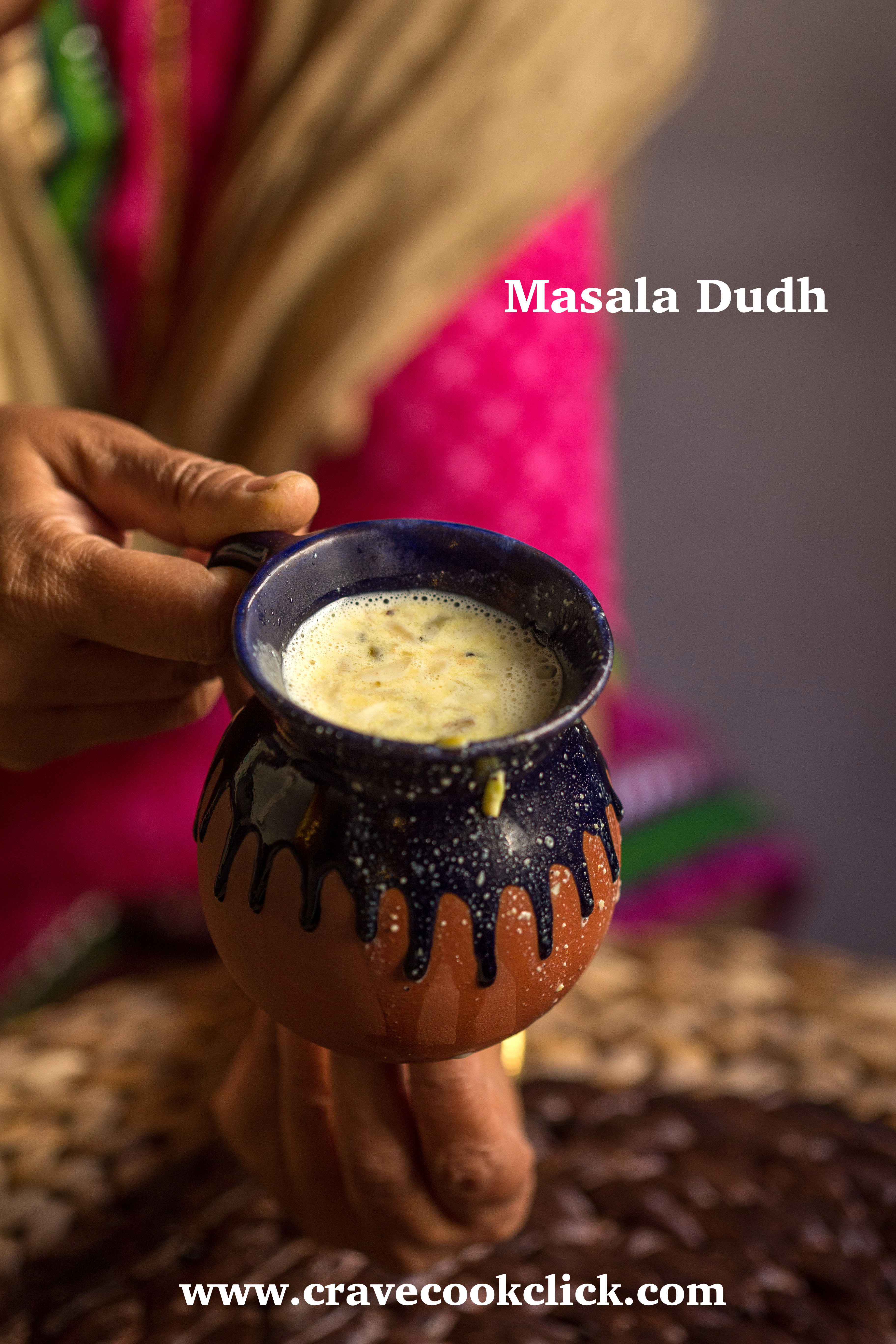 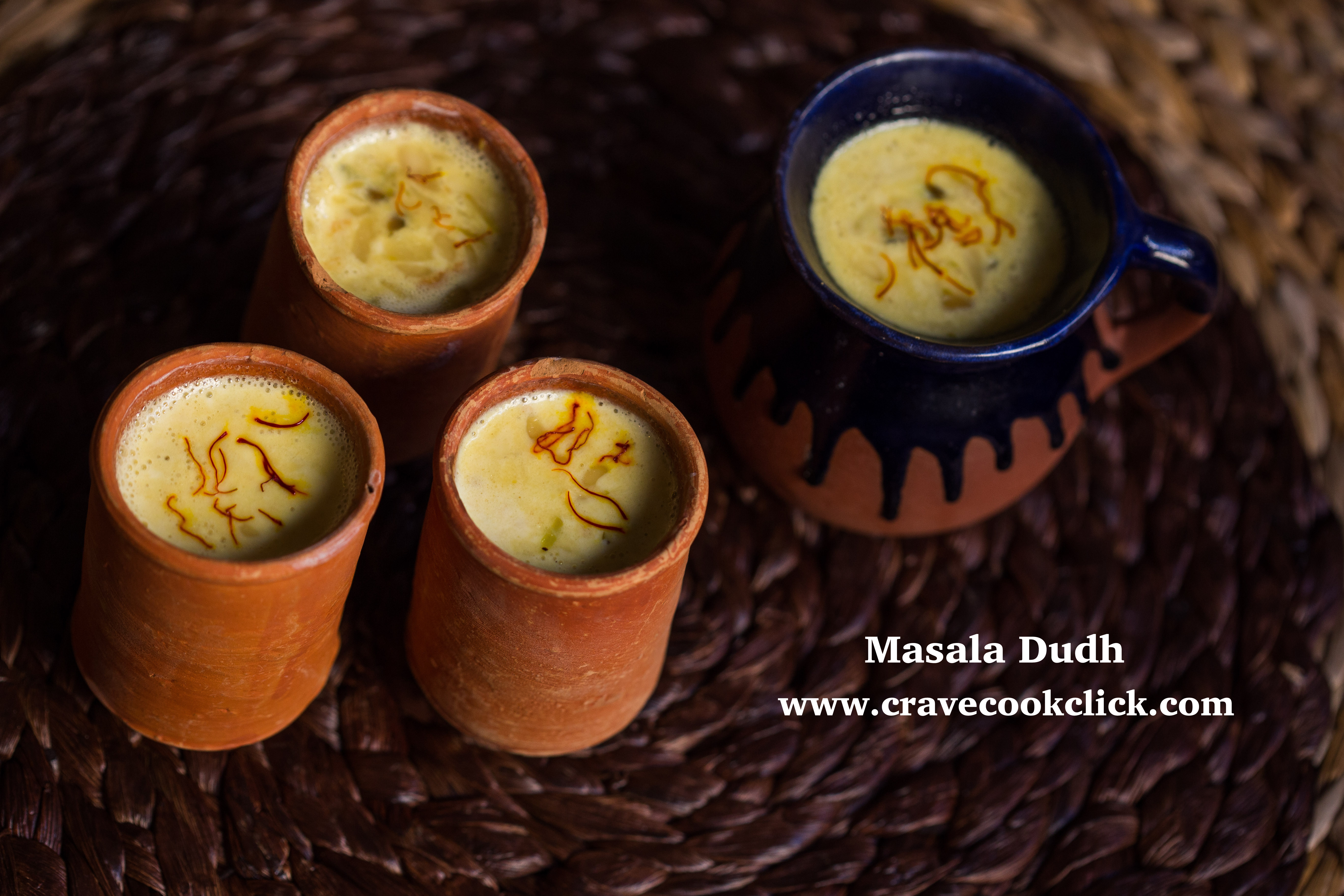 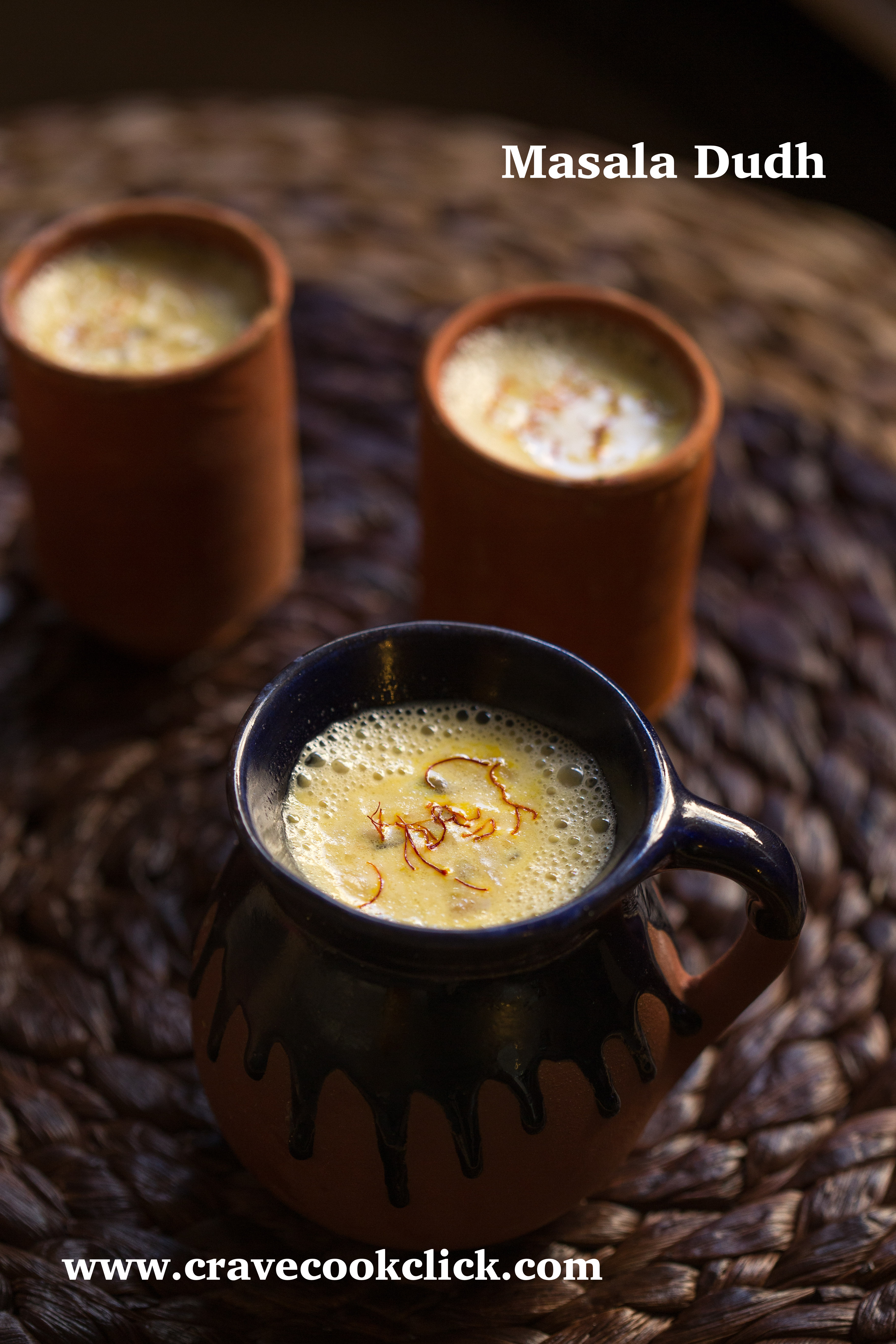 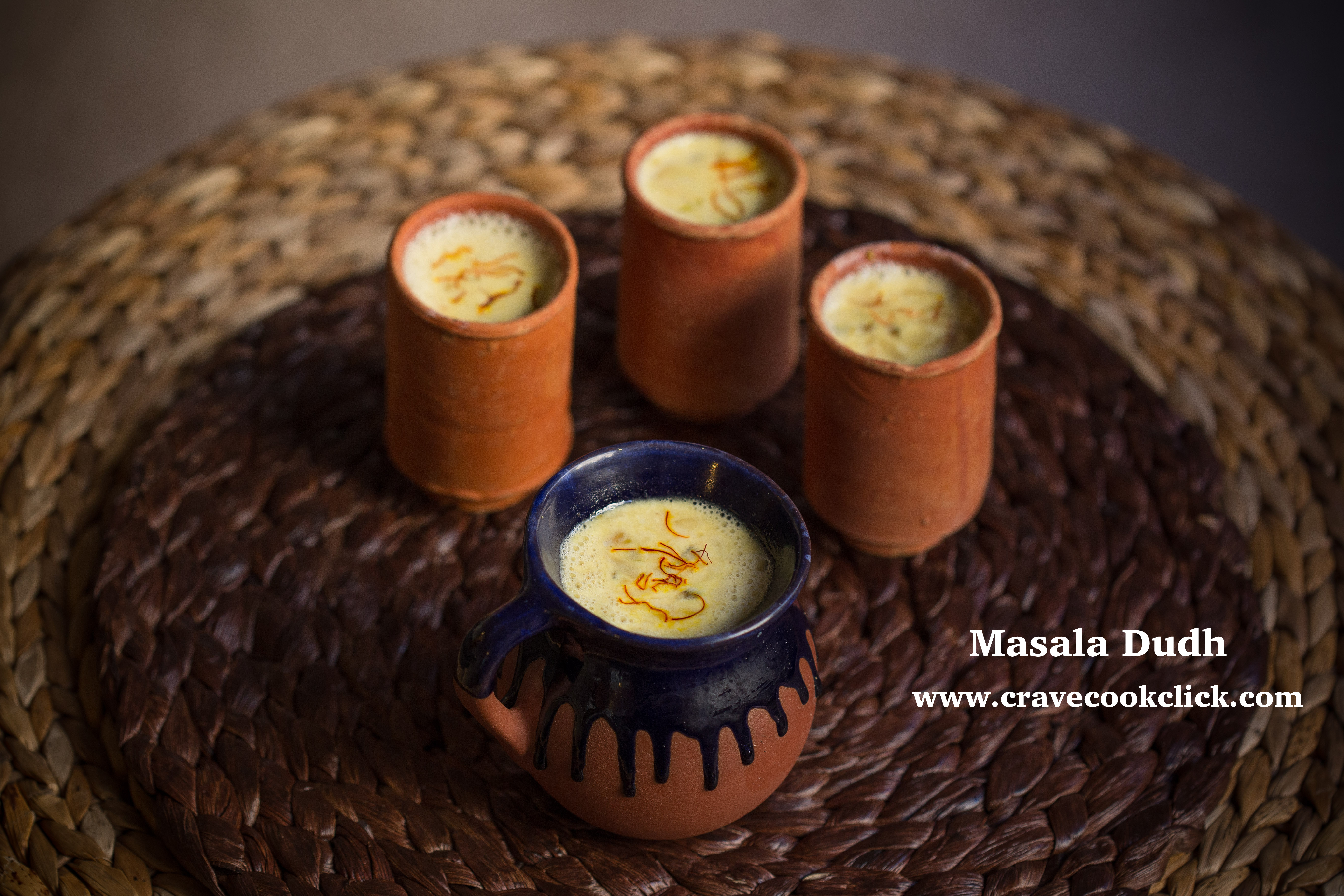 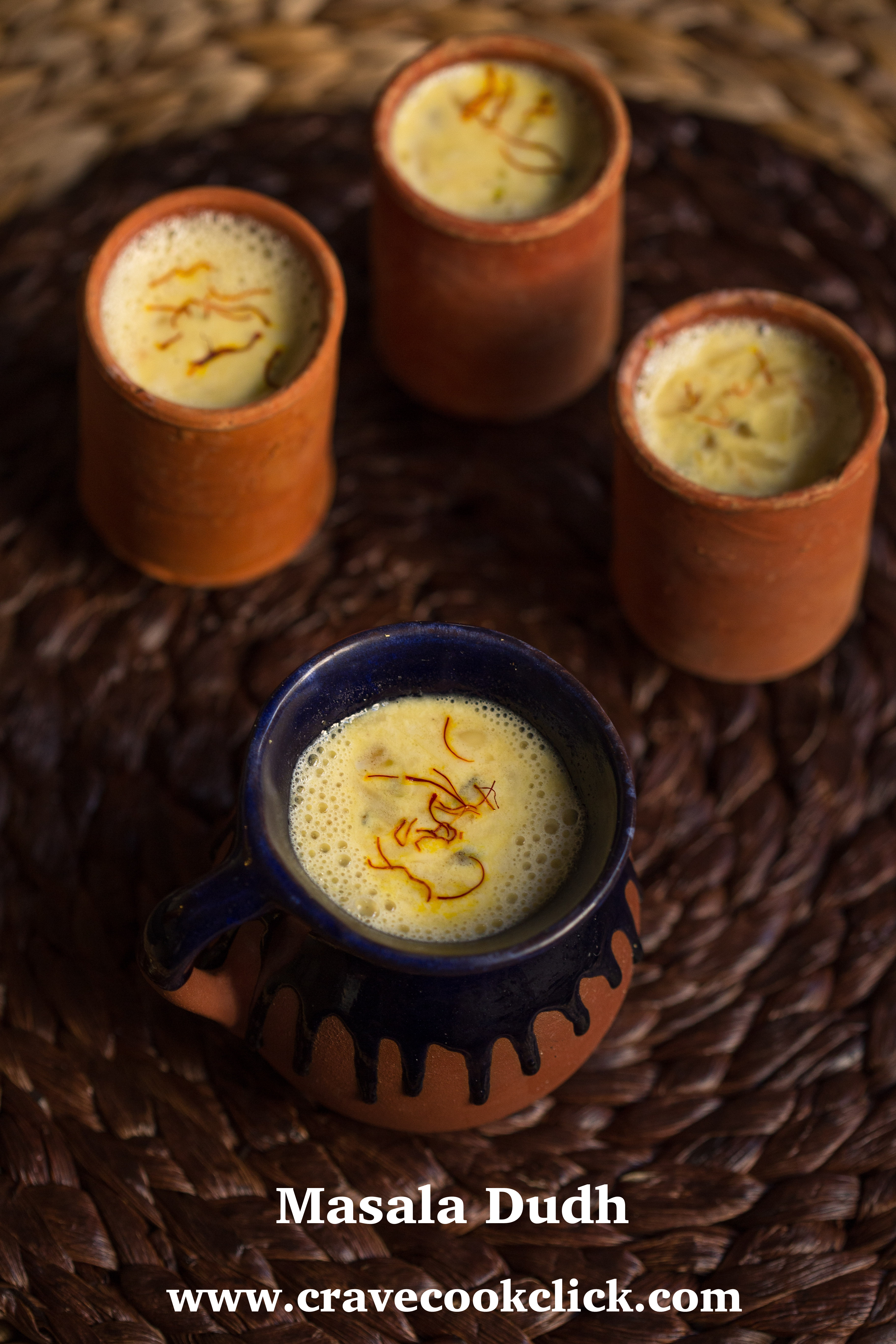 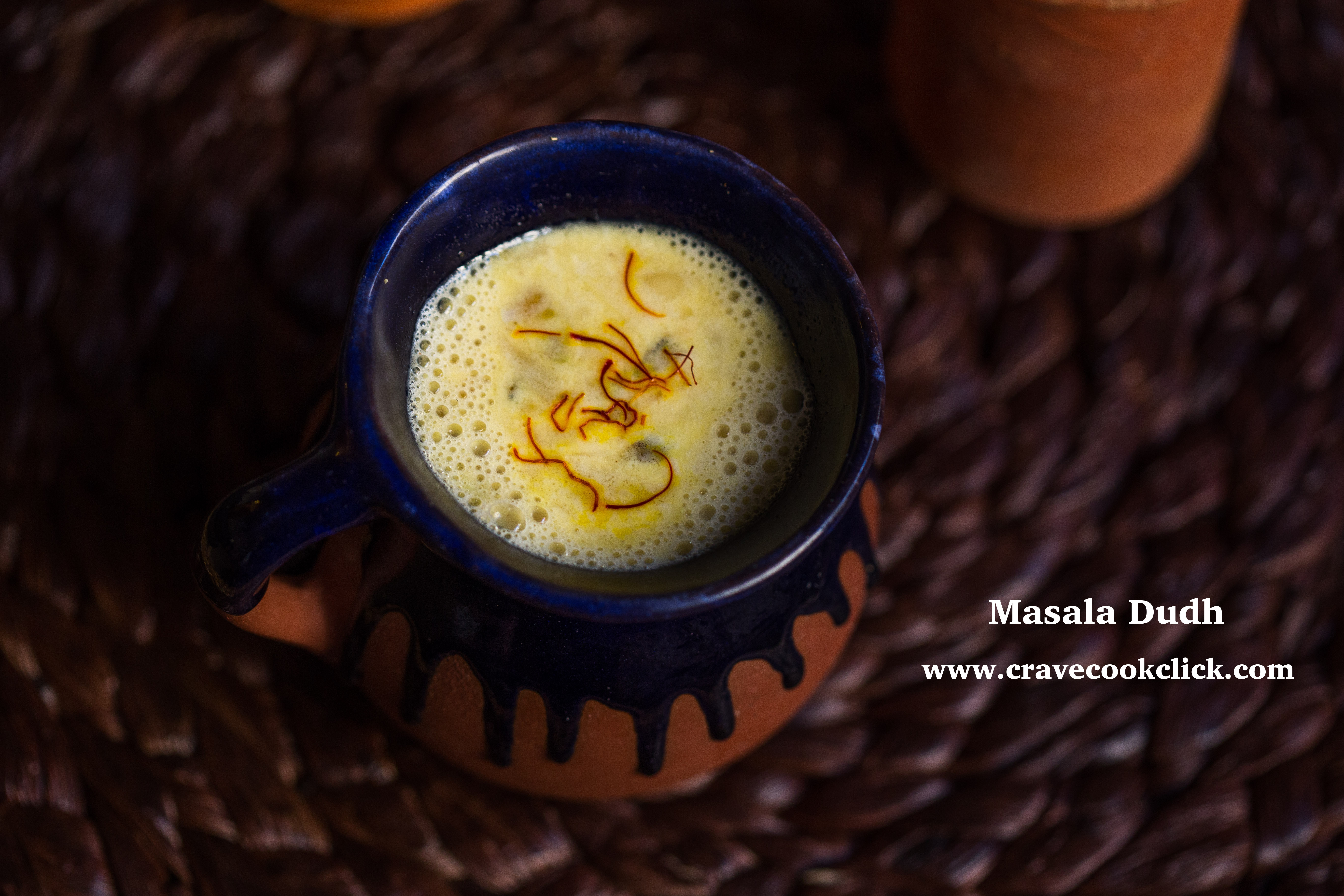 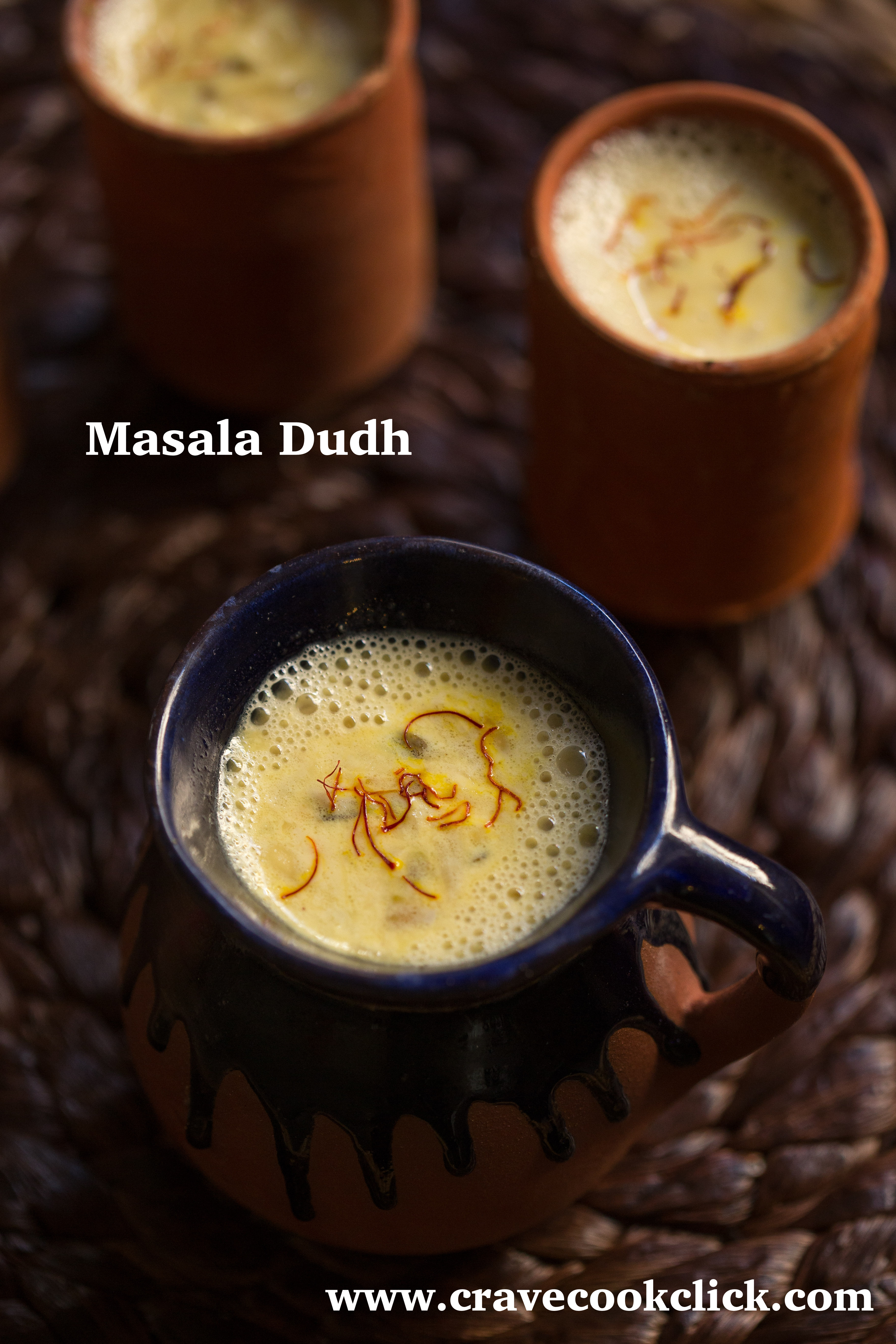