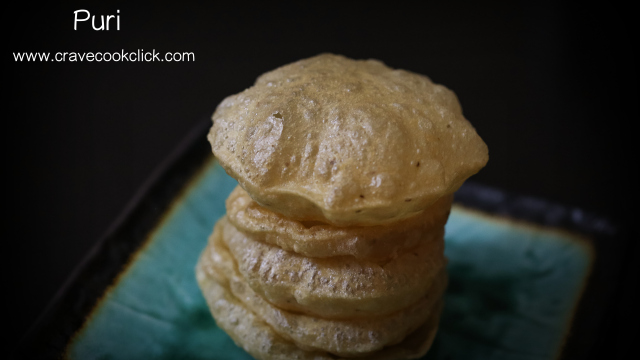 Puri is an unleavened deep-fried Indian bread made from whole wheat flour and semolina and is commonly consumed on the Indian subcontinent. It is eaten for breakfast or as a snack or light meal. It is usually served with a curry or bhaji, as in Puri bhaji. 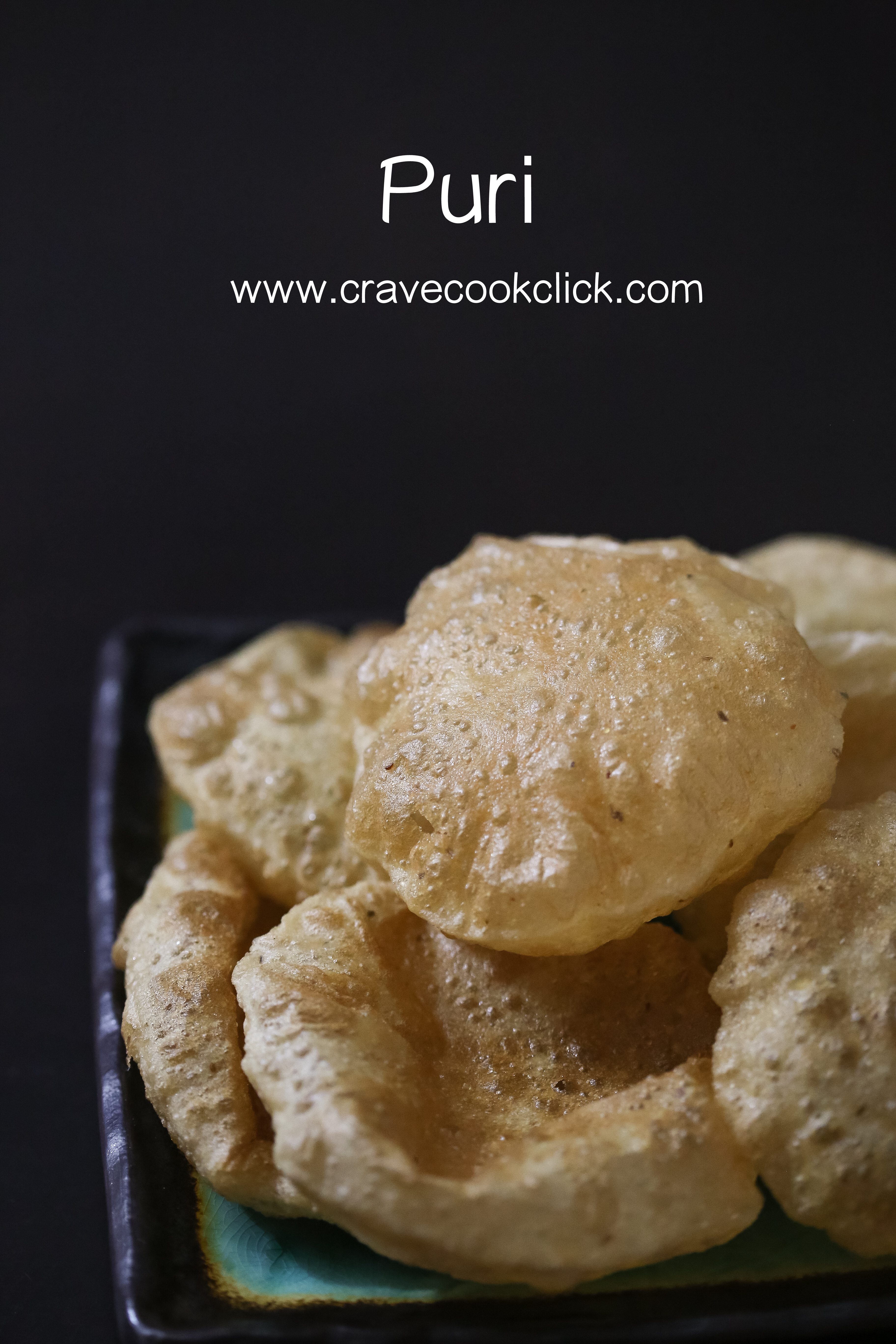 Puri is most commonly served at breakfast. It is also served at special or ceremonial functions as part of ceremonial rituals along with other vegetarian food offered in prayer as prasadam. 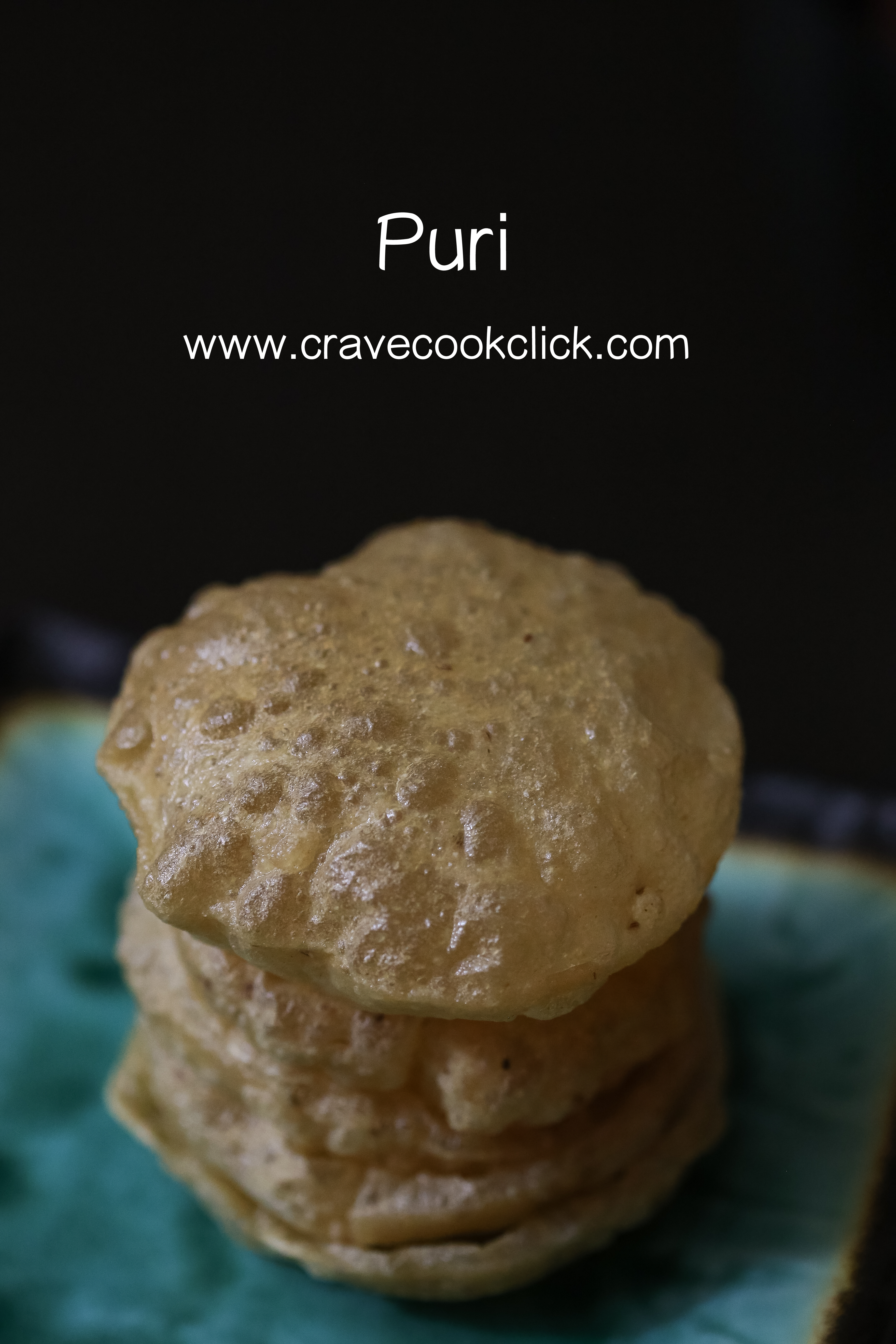 Puri can be served with halwa, korma, chana masala, dal, potato based curries (e.g.: saagu, bhaji, bhujia, Aloo ki tarkari), shrikhand, basundi. In some parts of India, puri is also served with a mixed vegetable dish that is prepared during Puja, and with kheer, a dessert prepared with rice, milk and sugar. Puri is often served during a special occasion. 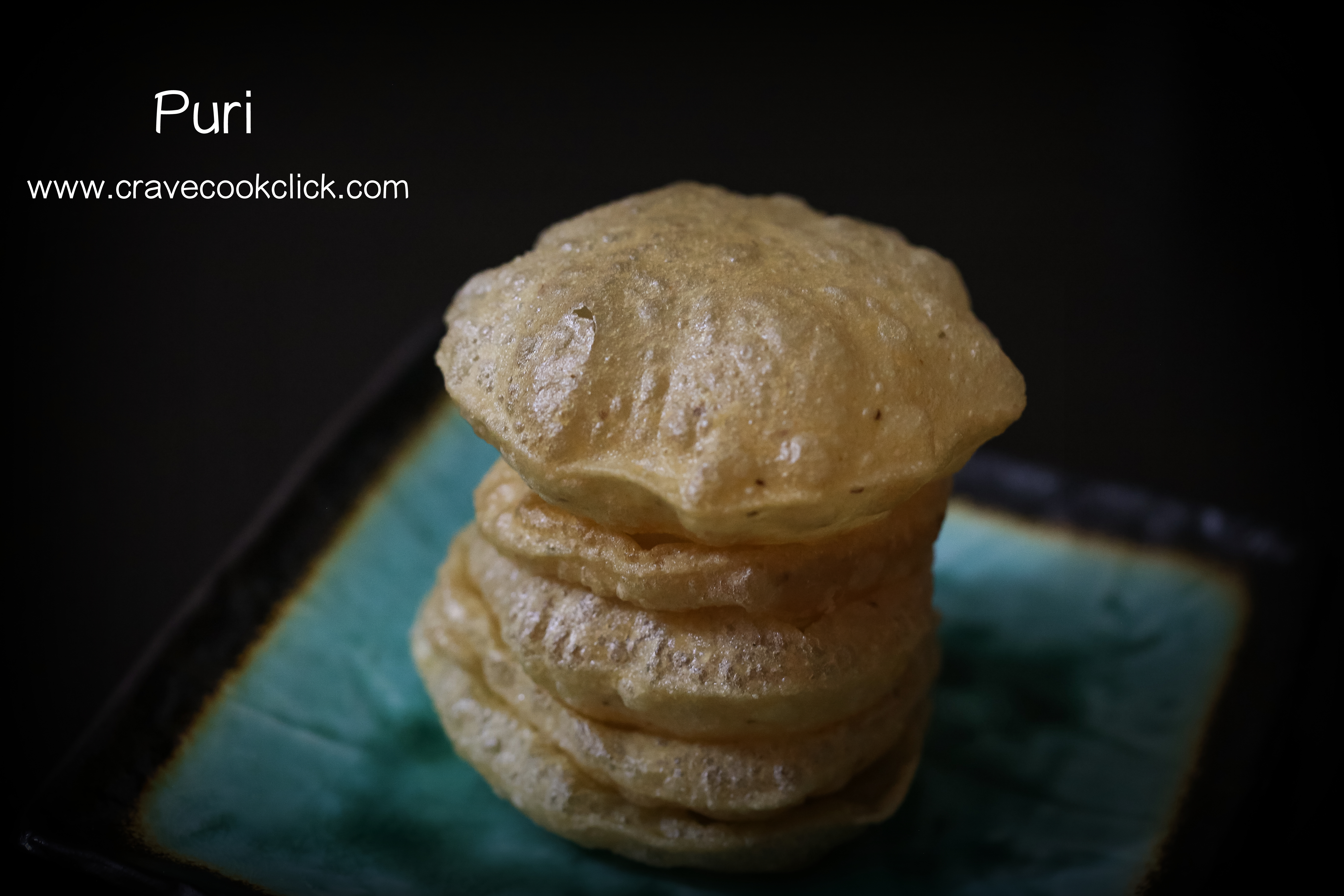 I had made Puri Bhaji and Shrikhand last year for Gudi Padva. Puris came out good but not great thus wanted to give it one more shot. So today I made these after getting easy puri recipes from members of my facebook food group Crave Cook Click . I also followed Manjulas kitchen puri video in order to get an idea about the hardness of the dough and frying part.

Mix together all the ingredients mentioned above except oil for frying

Dough should be hard and not smooth

Let the dough rest for 15 mins under a damp cloth

Brush some oil on the dough balls 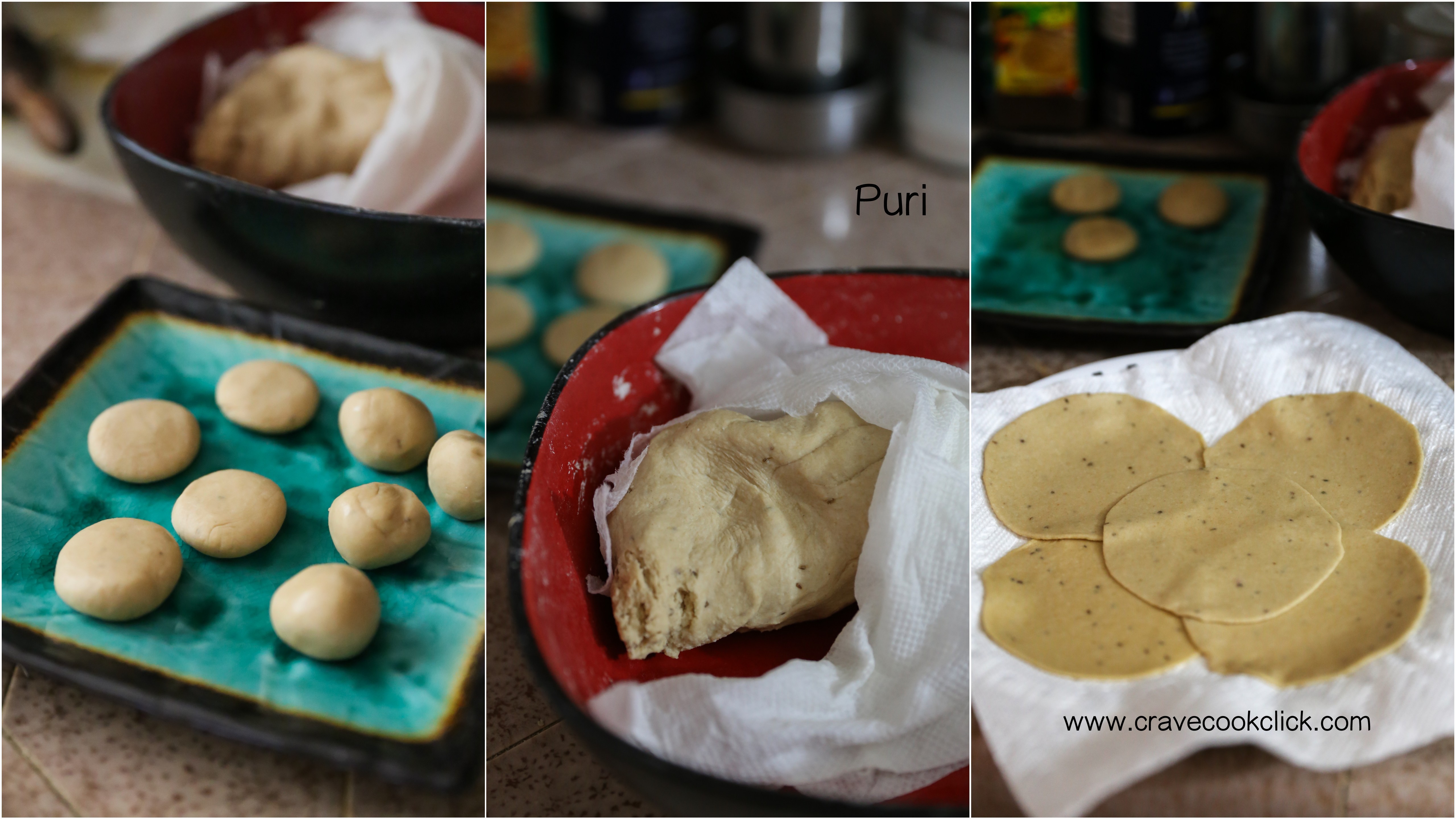 Roll around 4-5 puris at one time.

Heat the oil in a pan.

Place the puri in the frying pan and press it with a skimmer, puri should puff right away. 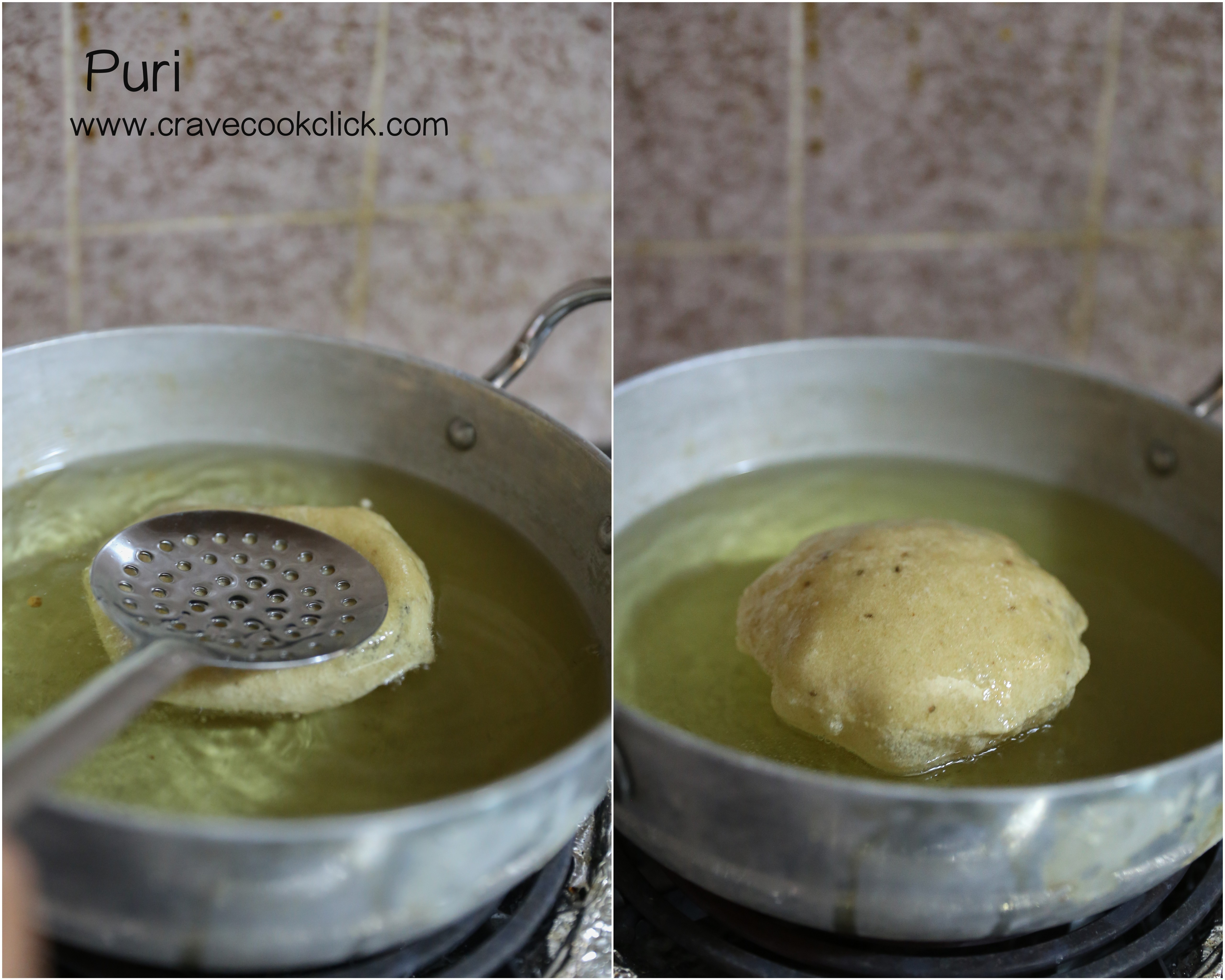 Turn puri over. Puri should be light creamy brown from both sides. 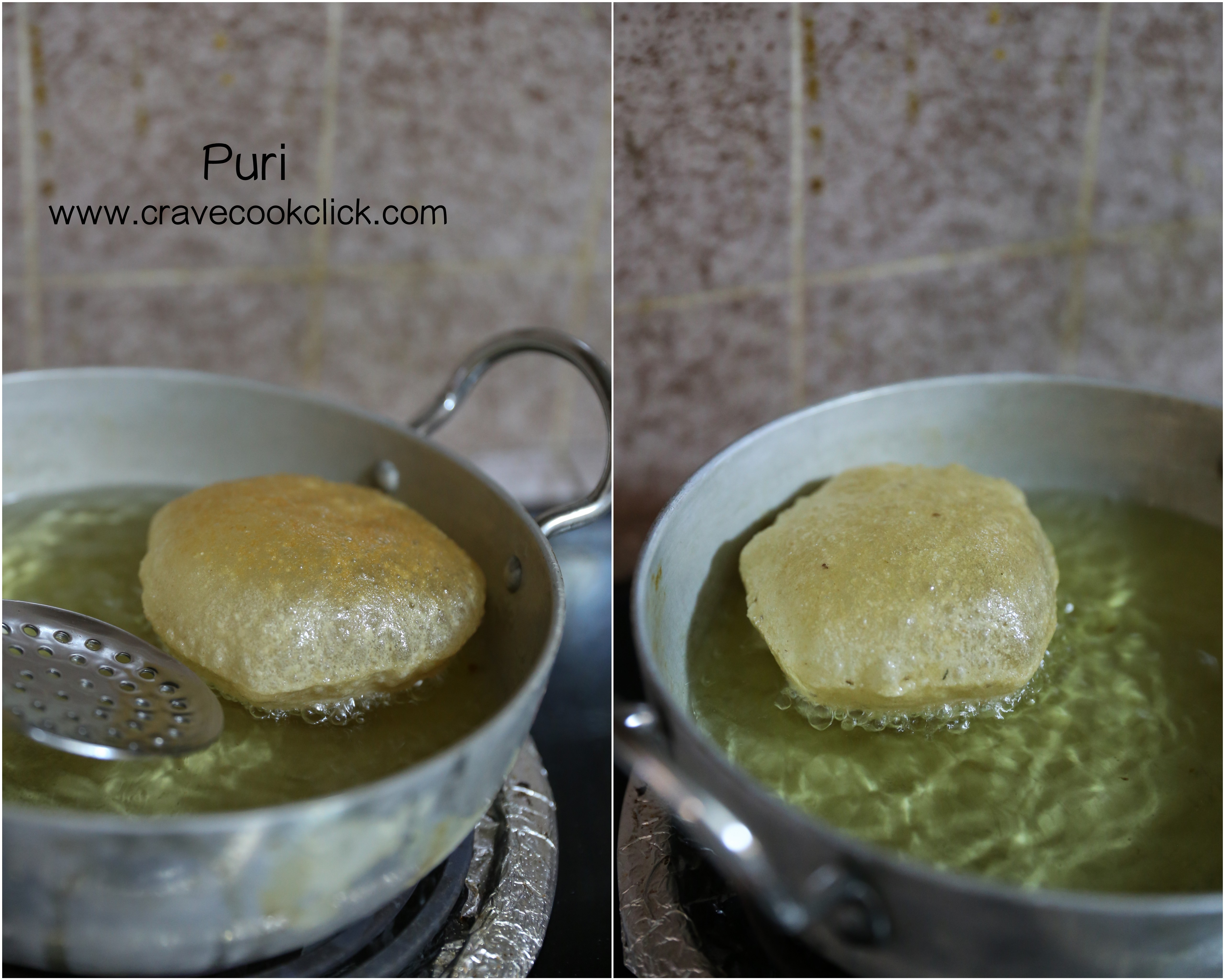 Take the puri out and place it on paper towels to absorb the excess oil.

Serve it with your favorite sabji, shrikhand, halwa or basundi 🙂 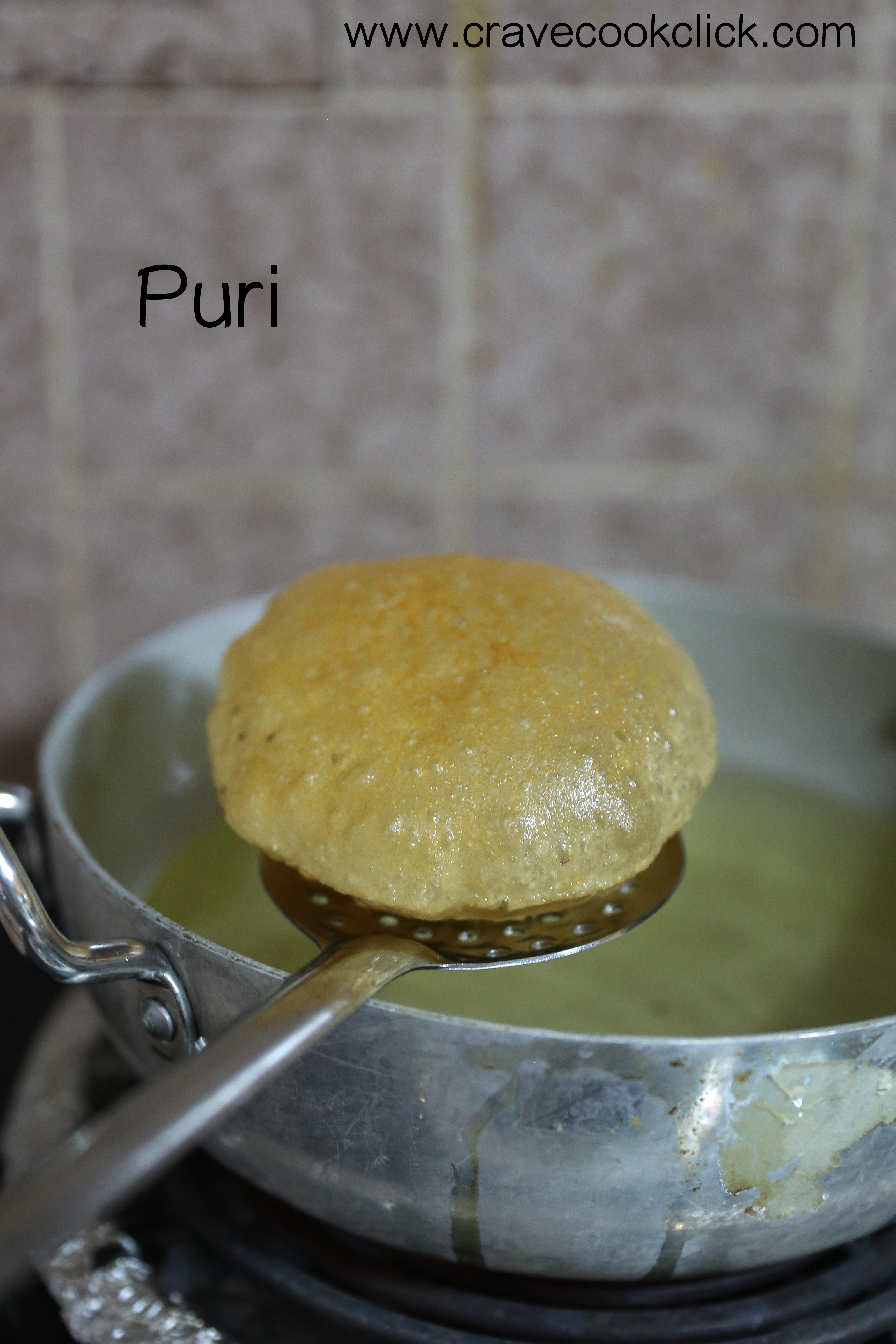 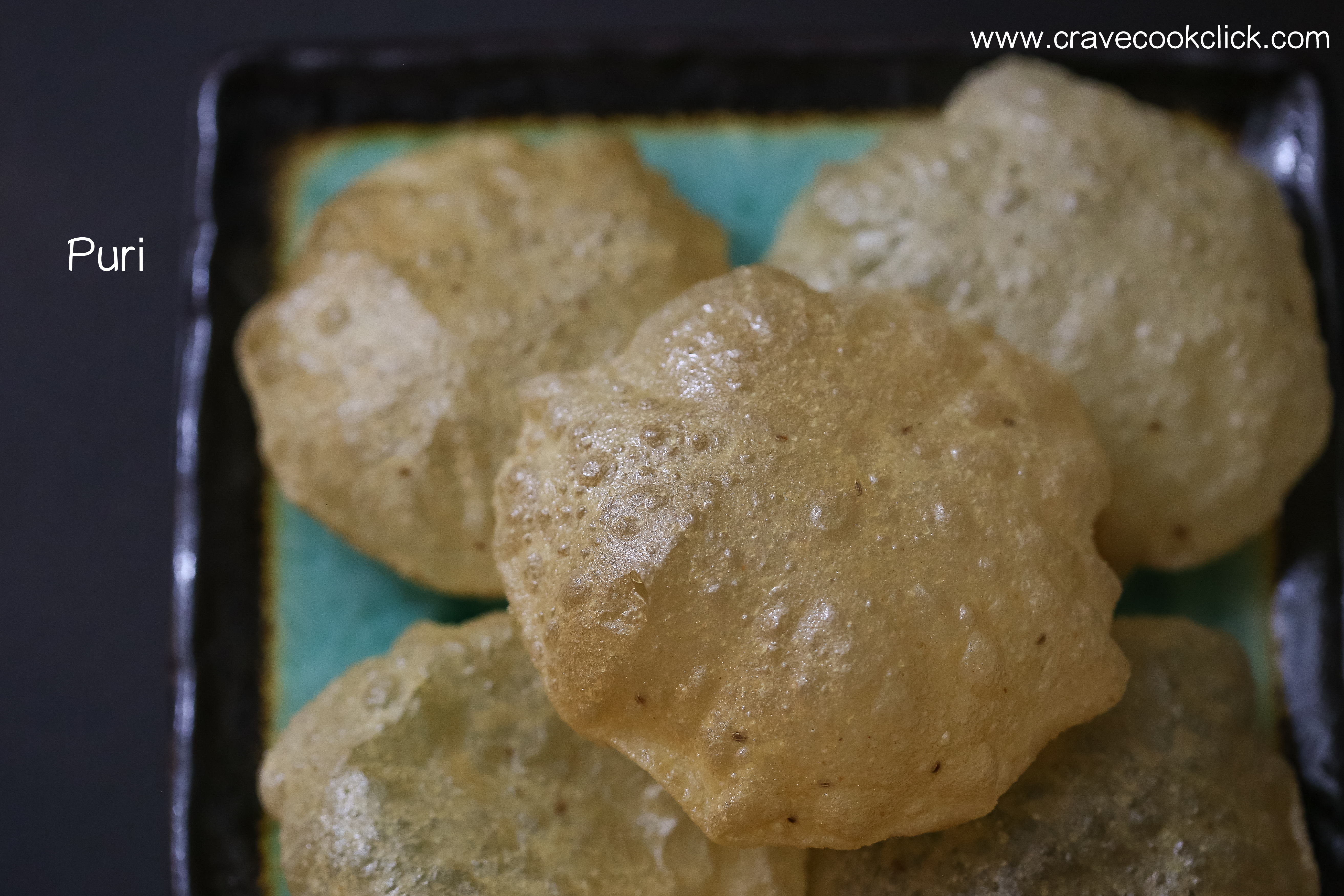 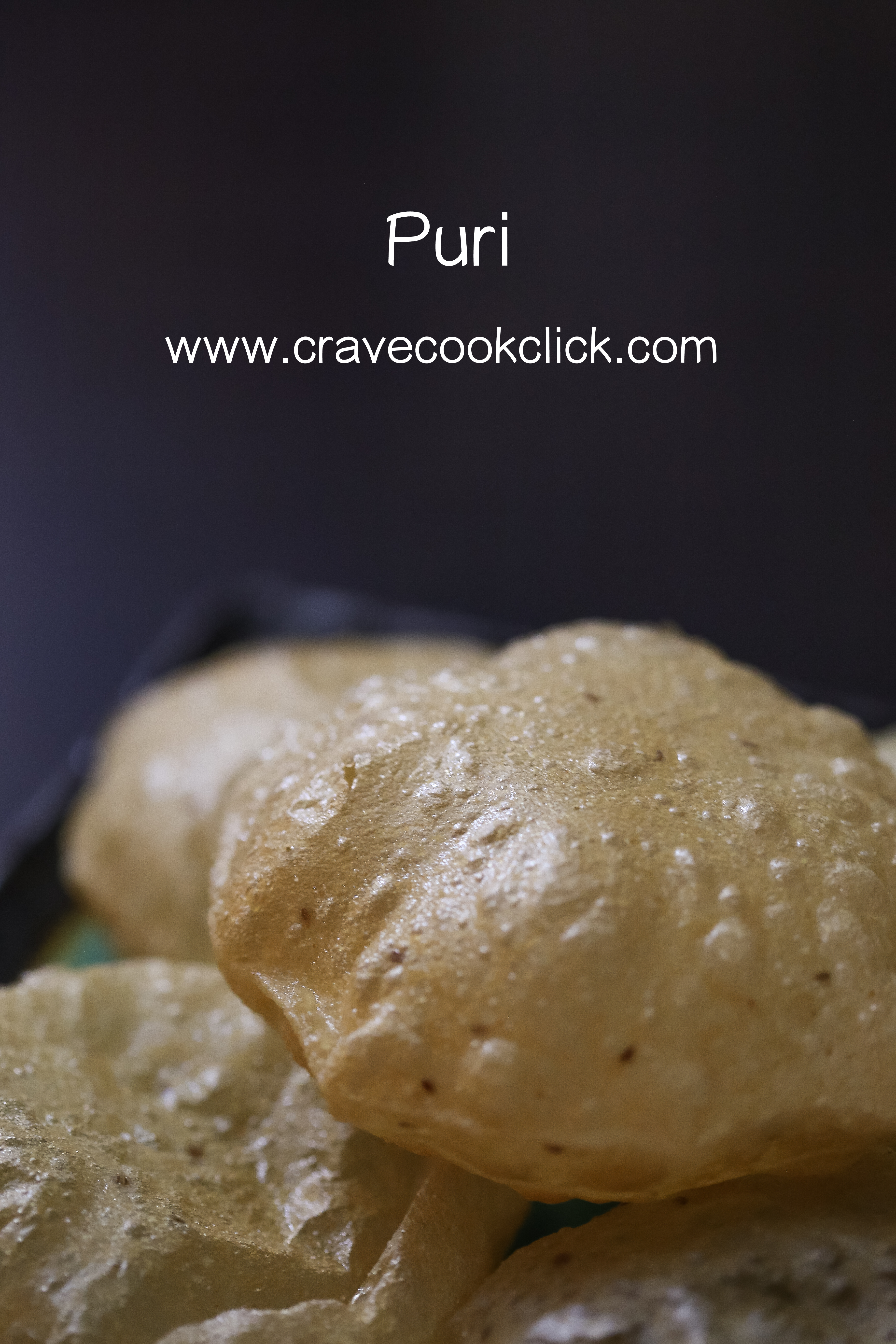 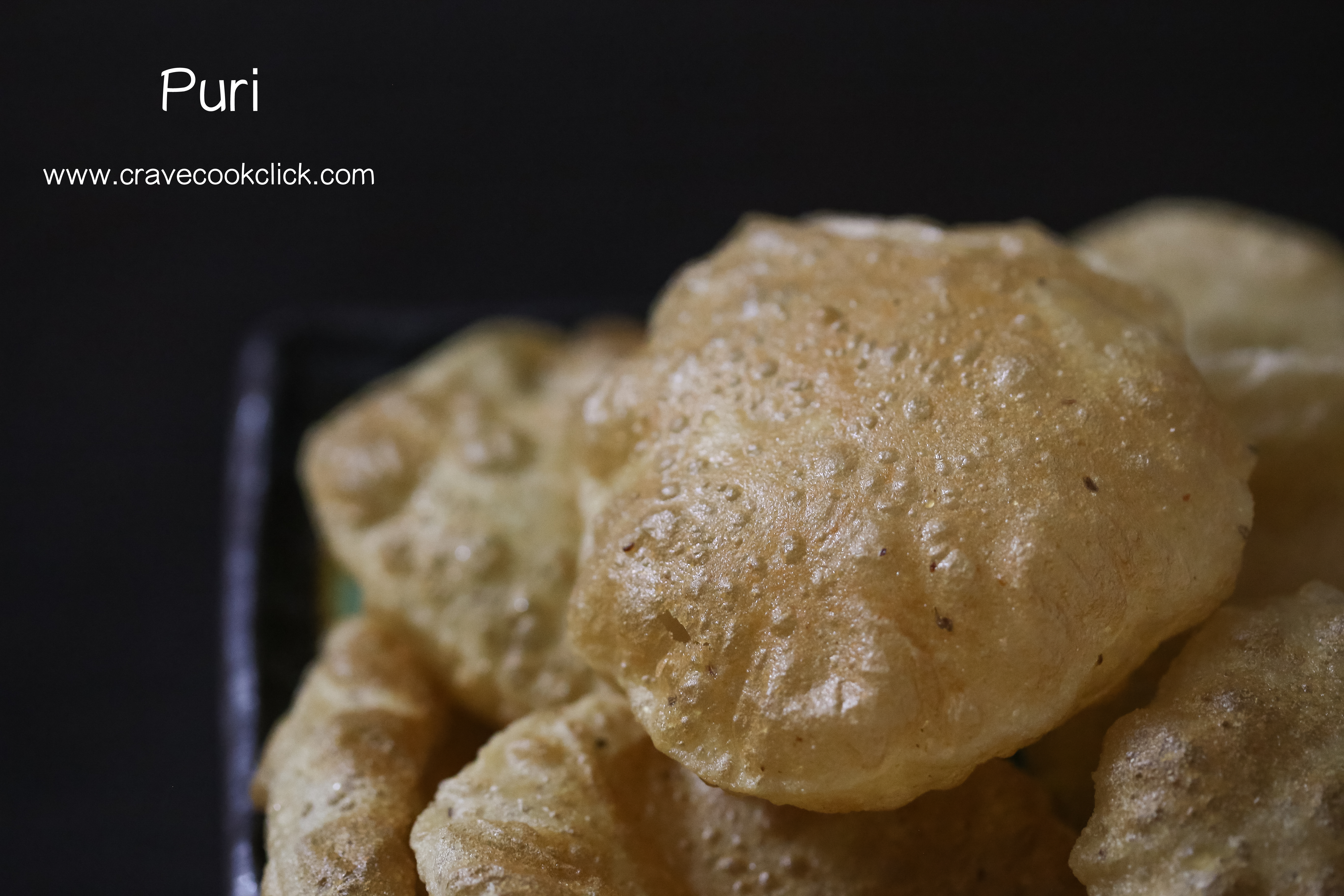 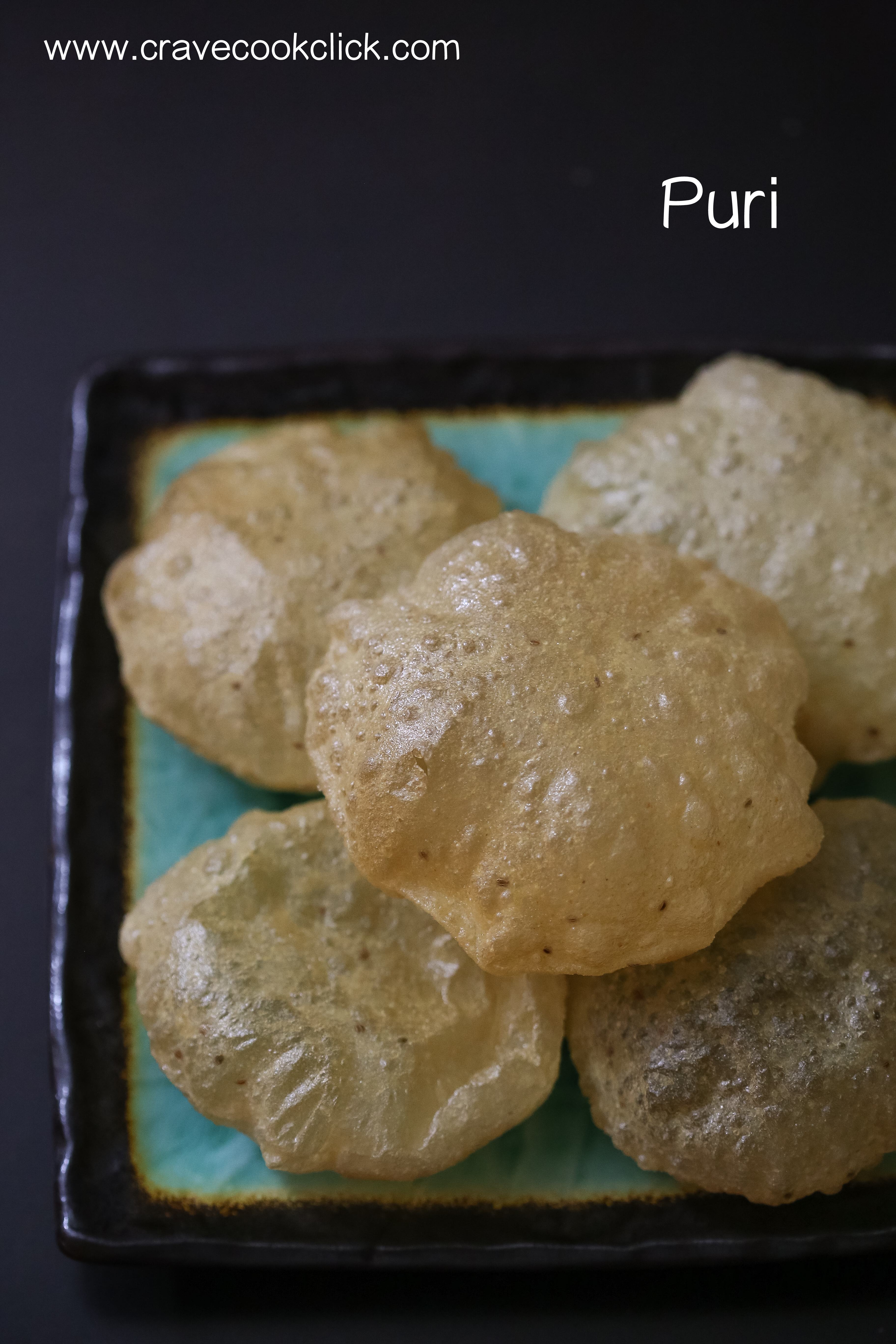 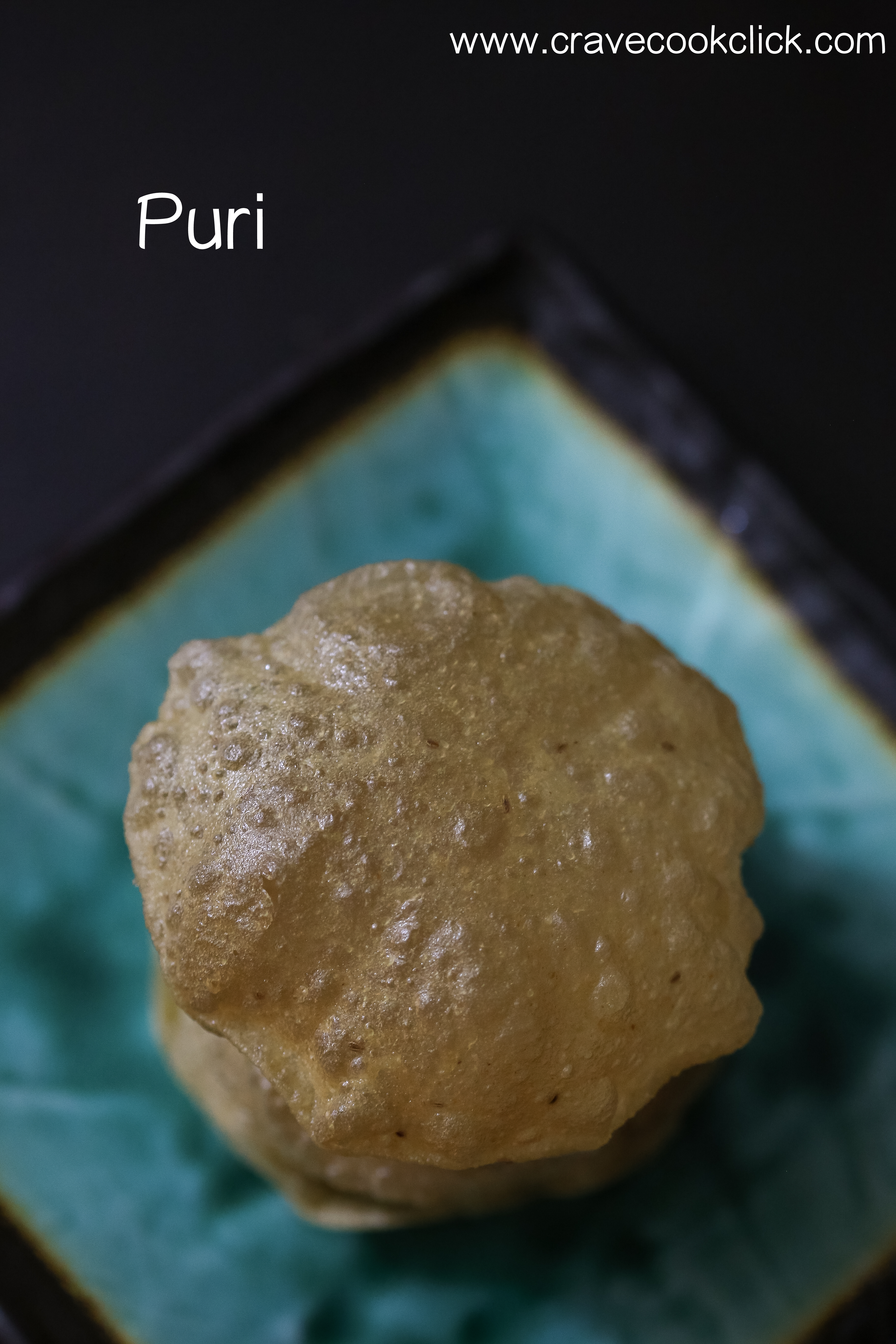