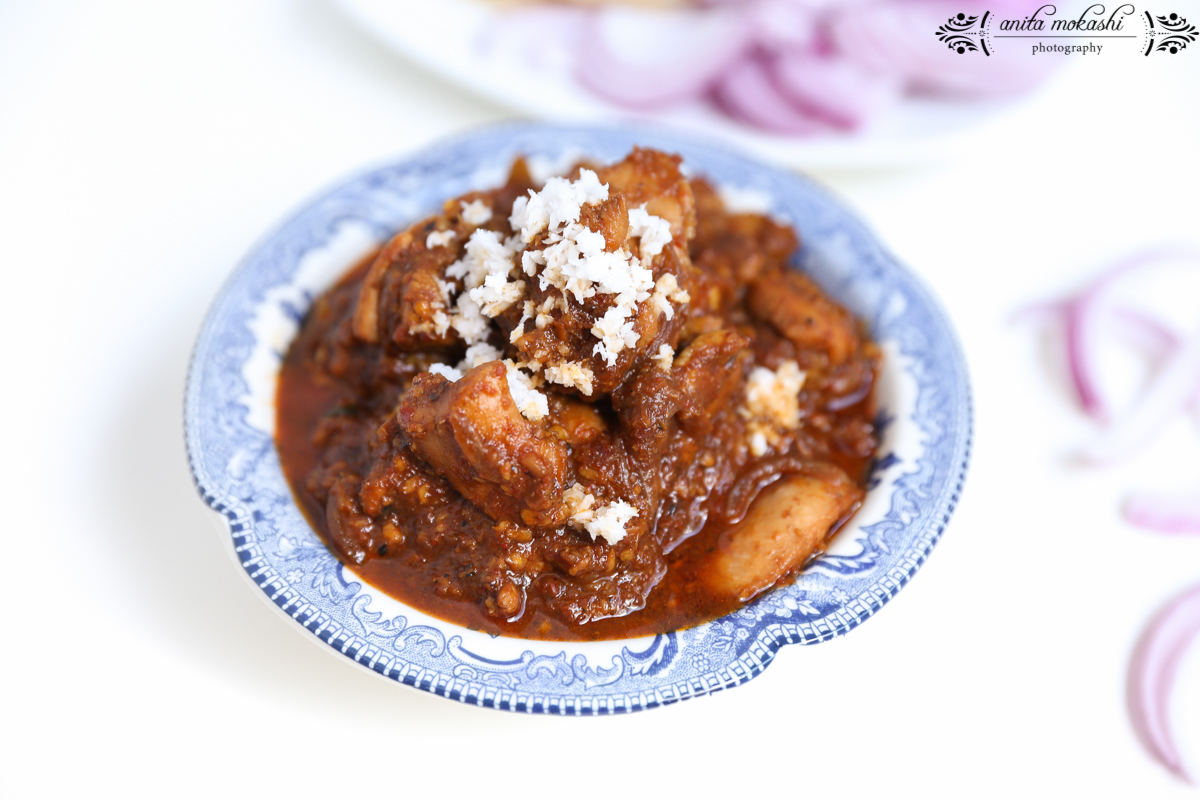 The Bunts are a large and prosperous Mangalorean community from the western coastal region of India. This type of chicken is one of their speciality.

The masala used in this recipe is called ad ‘Huli-mensu’ which translates to sour chilli which gives a hint that the basic essence of the taste should come from the 2 main ingredients which is chilli and kokum.

I ate this curry at my dear friend Sahana’s place and couldn’t stop myself from trying it. 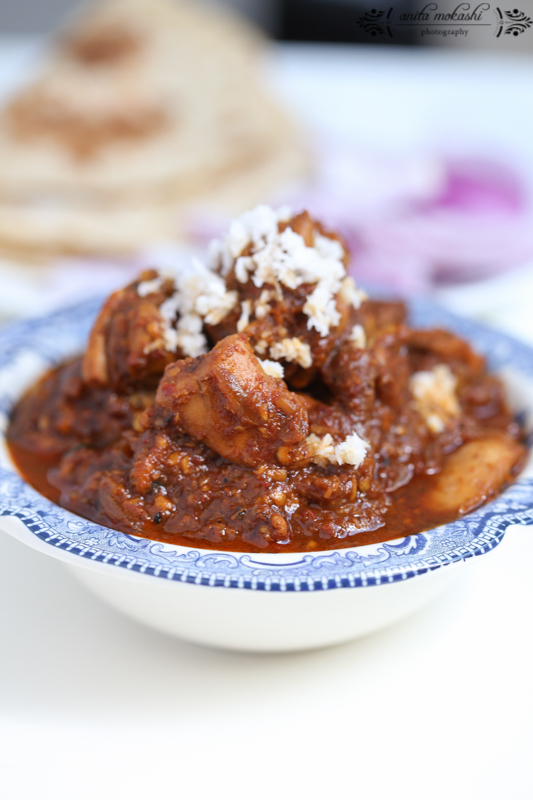 Fry the above masala ingredients except kokum and turmeric .

After frying add kokum and turmeric powder and grind into a paste.

Marinate chicken with turmeric and salt. Keep it aside for an hr.

In a pan, add oil and sauté the sliced onions till they become dark brown in color.

Add the marinated chicken, cover and let it cook for 20 mins.

Serve it hot with Roti. 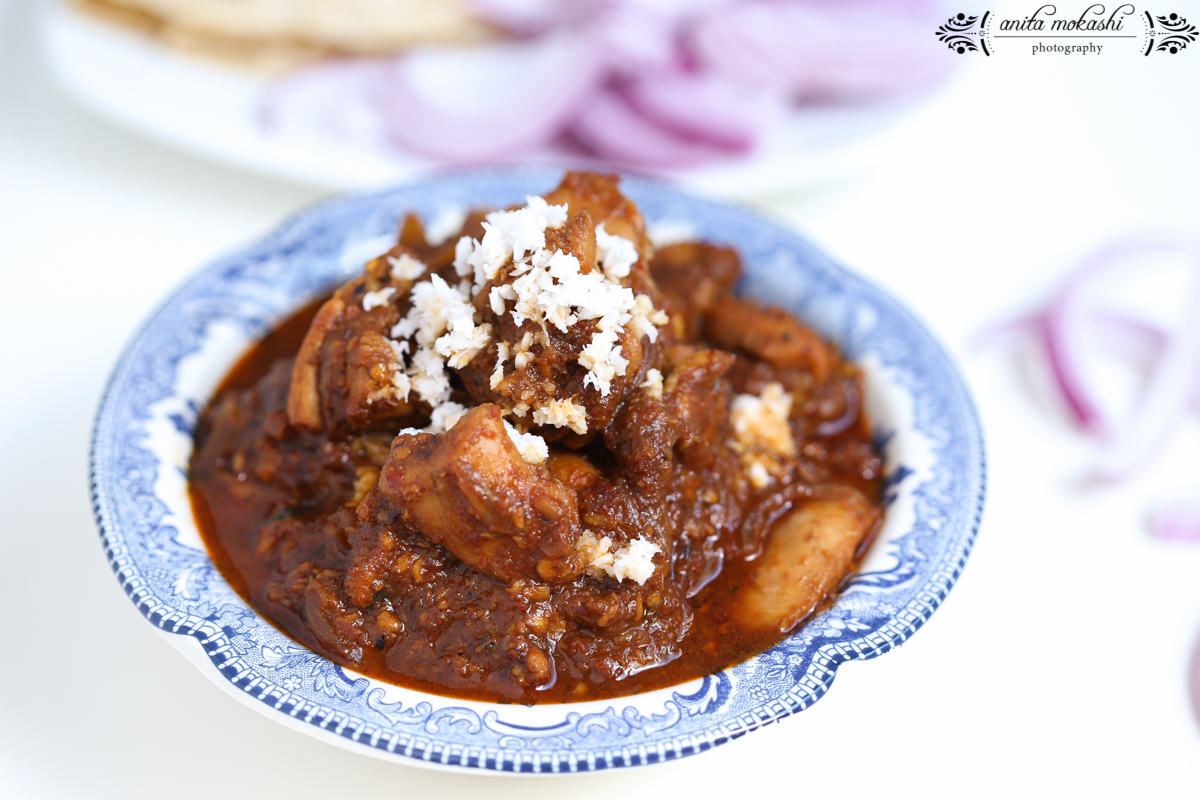 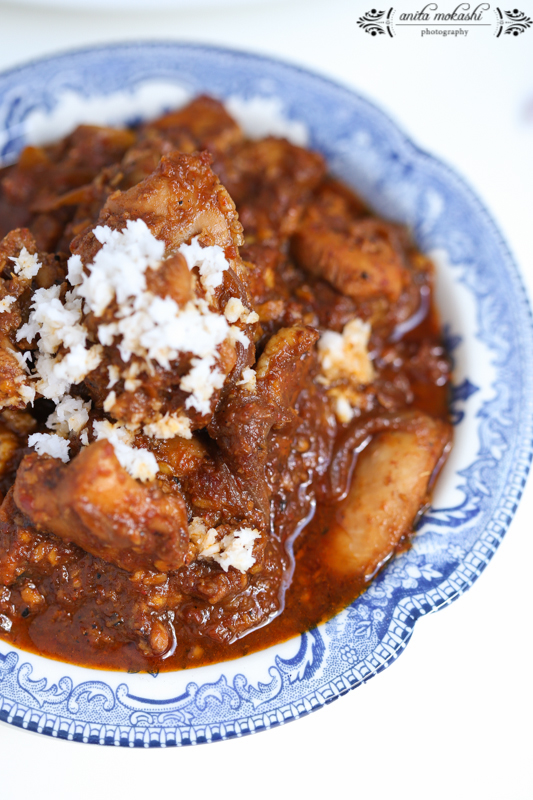 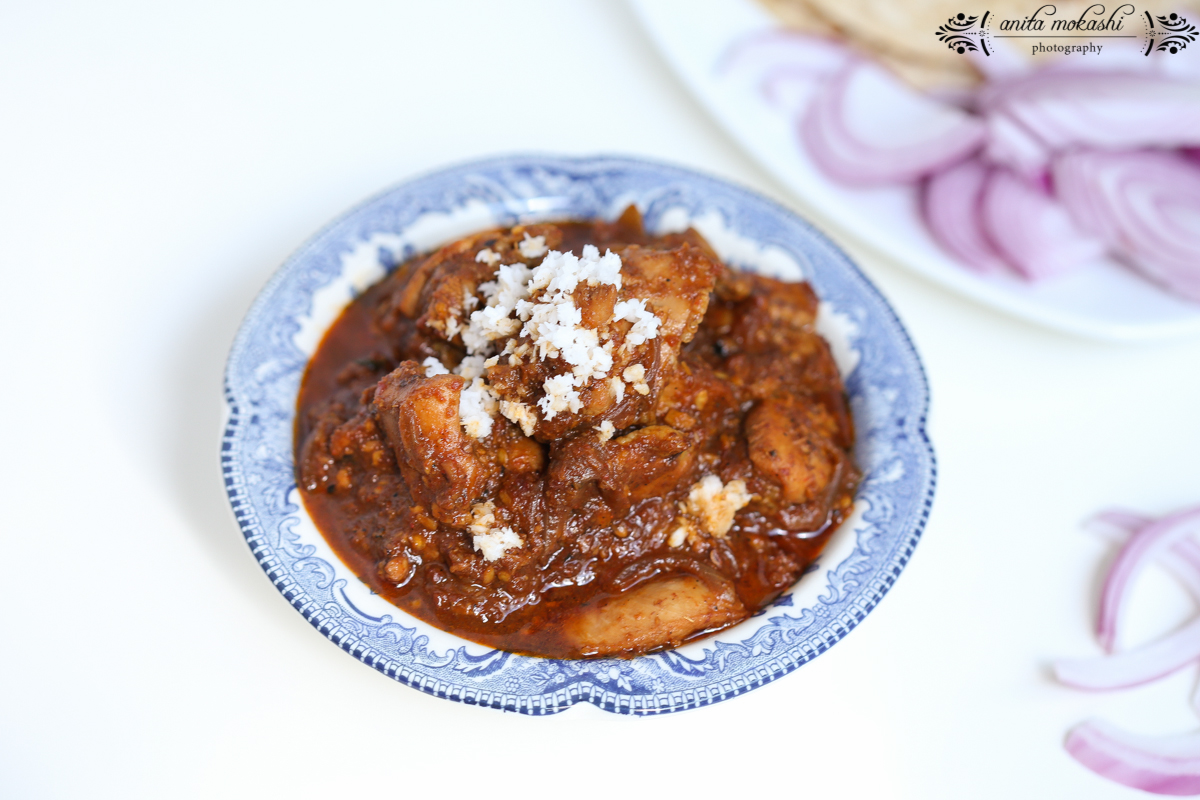 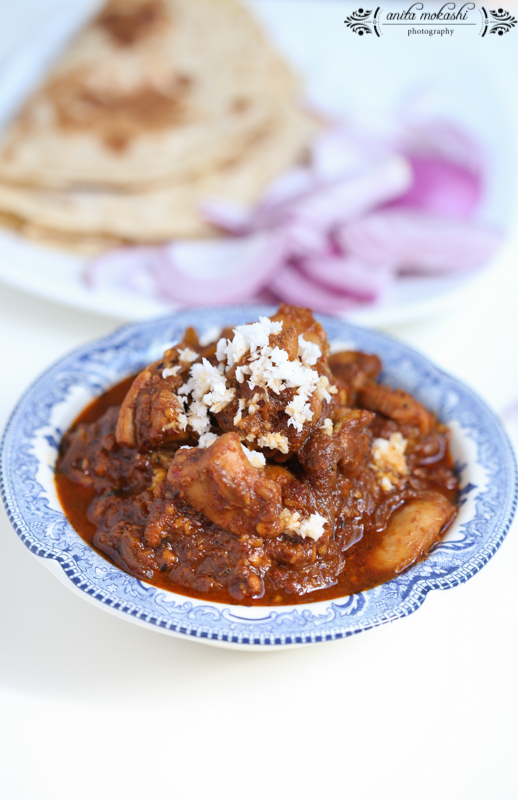 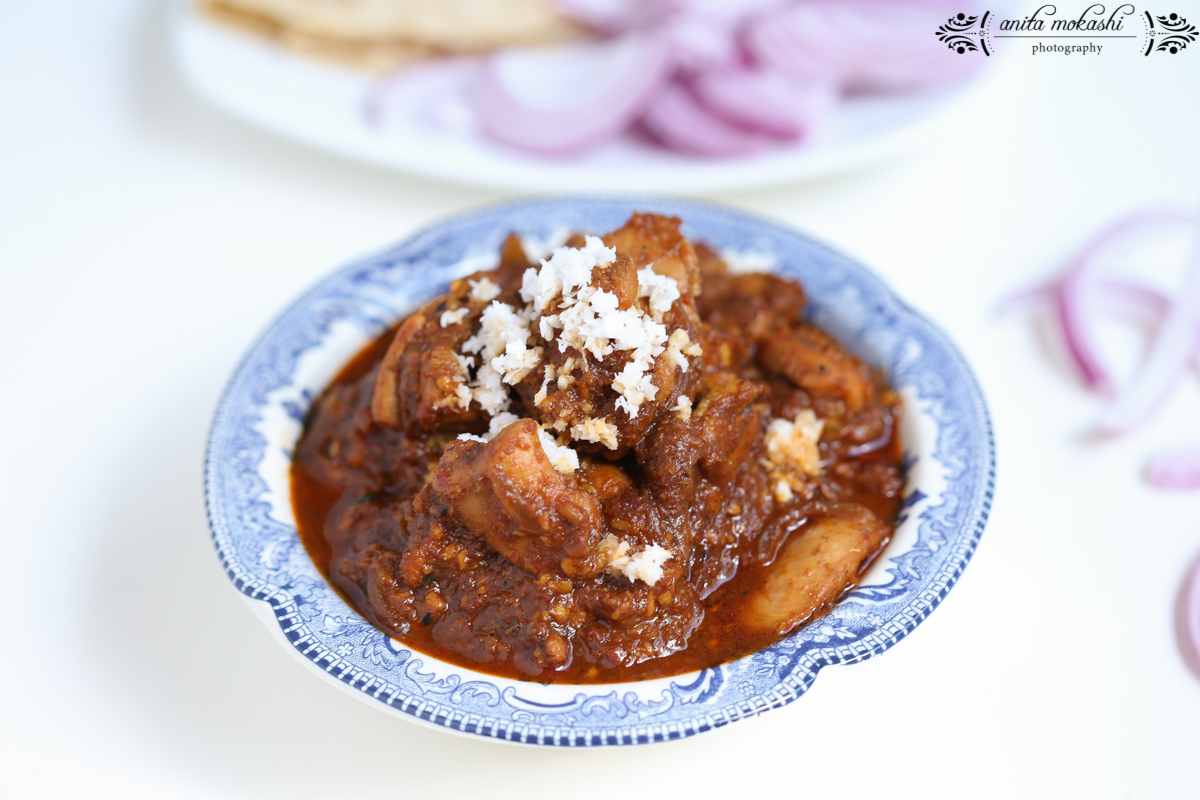 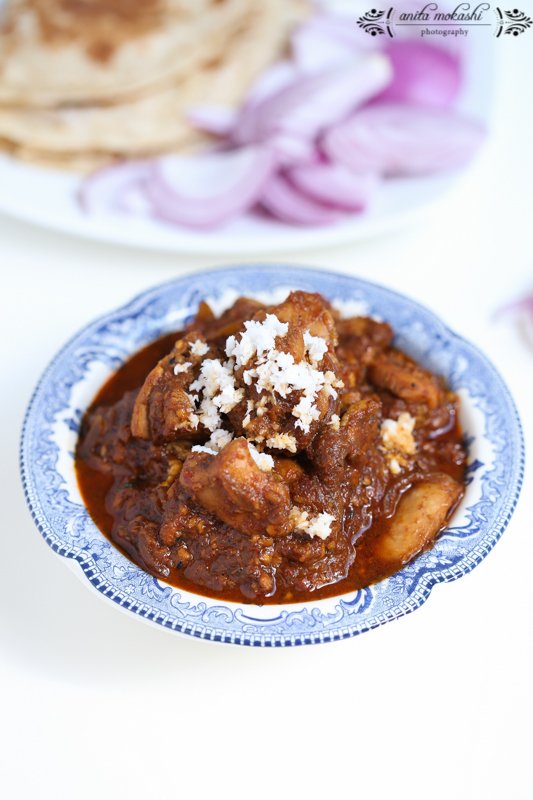 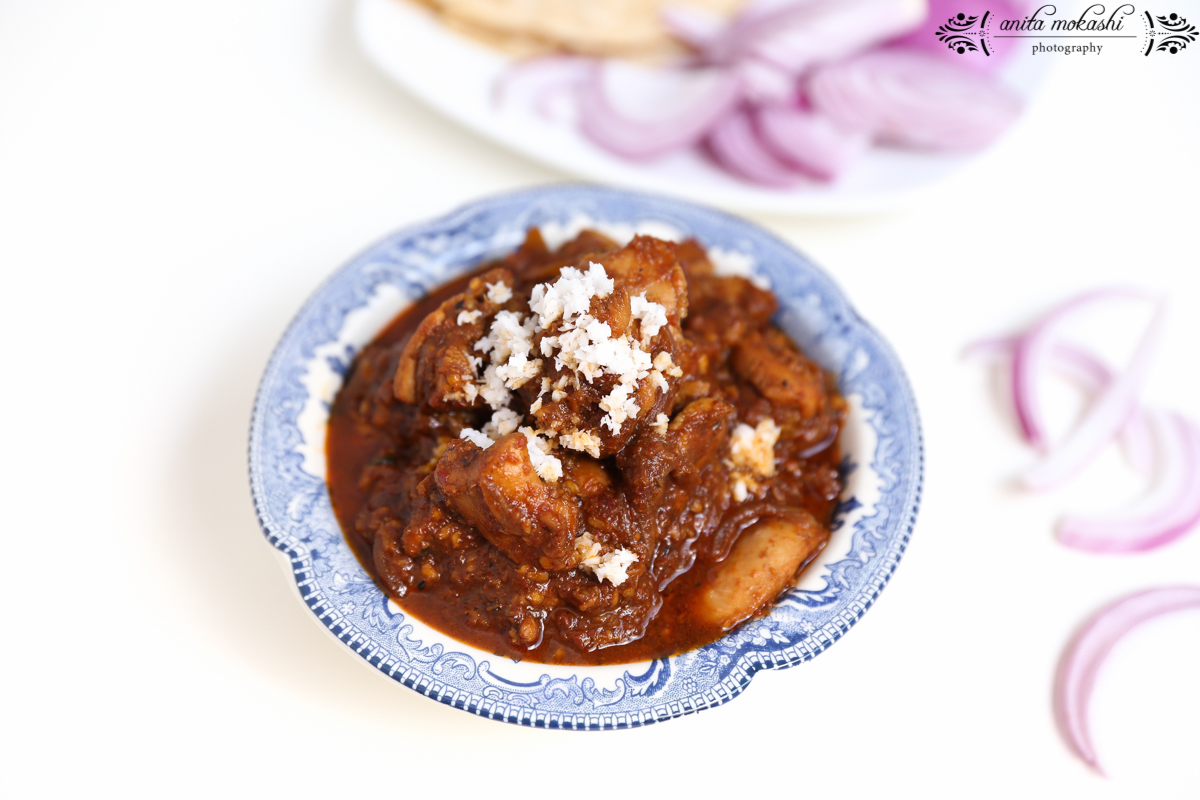