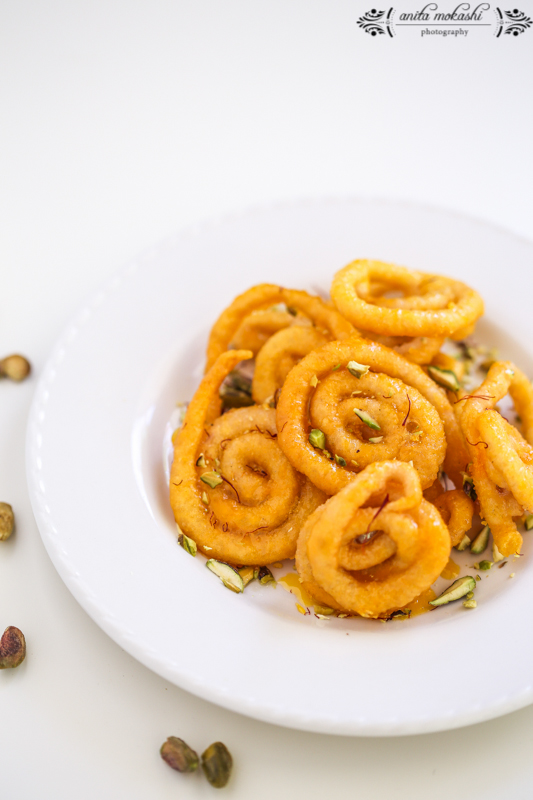 Jalebi, or Jilapi, or Jilawii (and sometimes Zulbia) is a sweet popular in countries of the Indian Subcontinent. It is made by deep-frying a maida flour batter in pretzel or circular shapes, which are then soaked in sugar syrup. They are particularly popular in the subcontinent during Ramadan and Diwali. 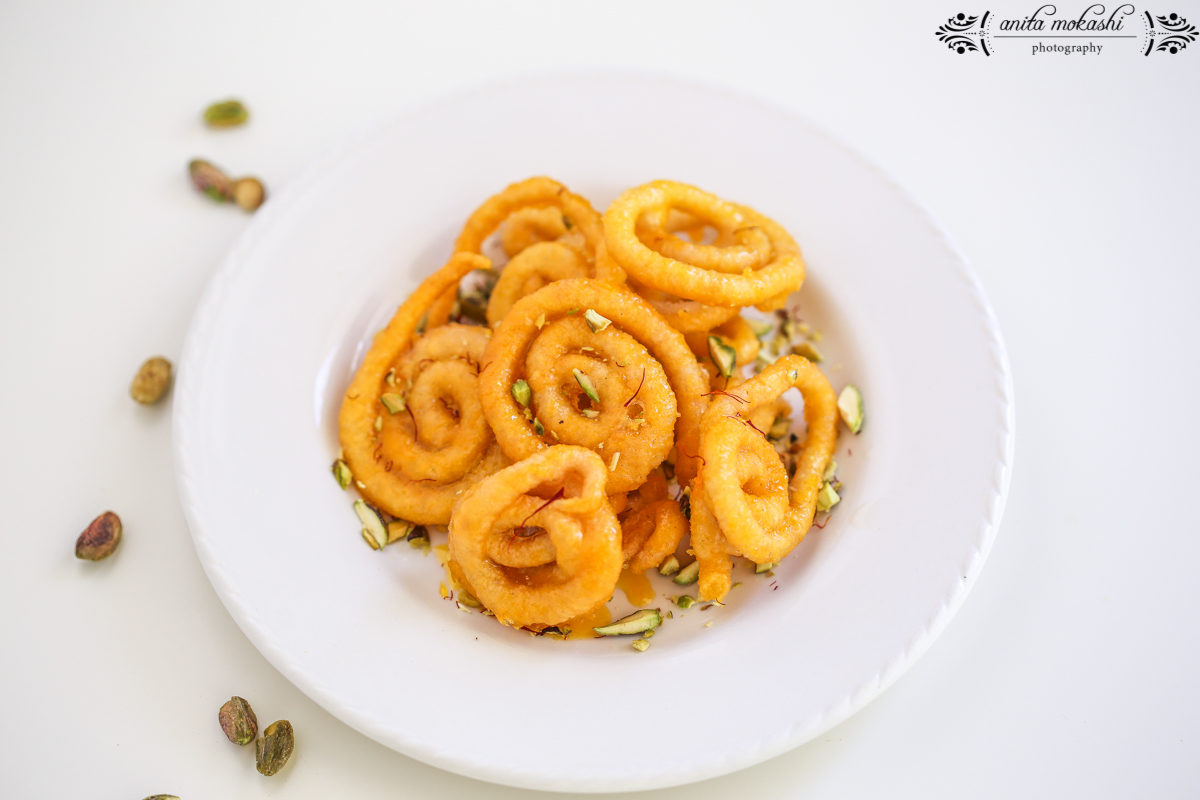 Now some interesting history of Jalebi 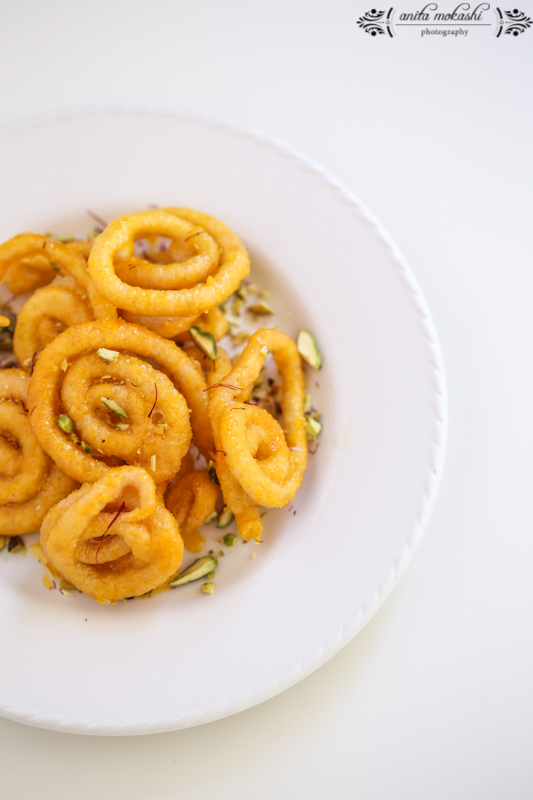 The origins of Jalebi can be traced to ancient India, where it was produced from fermented wheat and dahi (yoghurt) batter, and called kundalika or jal-vallika (jal means watery, vallika means crescent-shaped). In later dialects of Sanskrit, Jal-vallika became Jalebi which likely arrived in the middle east during Muslim rule, through cultural diffusion and trade from the Indian subcontinent, and its local name jalebi became zalebi as s is more common in Middle-Eastern languages.

The sweet is also known as Zalabia in Comoros Islands and Zanzibar, where it is thought to have been introduced by Middle Eastern settlers and traders.

The earliest written references to the sweet are found in a 13th-century cookbook by Muhammad bin Hasan al-Baghdadi. In Iran, where it is known as zulbia, the sweet was traditionally given to the poor during Ramadan.

In the early 1900s, jalebi was used to hold ice cream. This idea was made by Ernest A Hamwi. Jalebi was a treat for an American family, until the invention of cones.

One of the earliest known Indian references for the sweet exists in a Jain work — Priyamkarnrpakatha — by Jinasura, apparently composed in AD 1450. This work was subsequently cited in cookery books published in later centuries including the 17th-century classic Bhojan-kutuhala by Raghunatha. 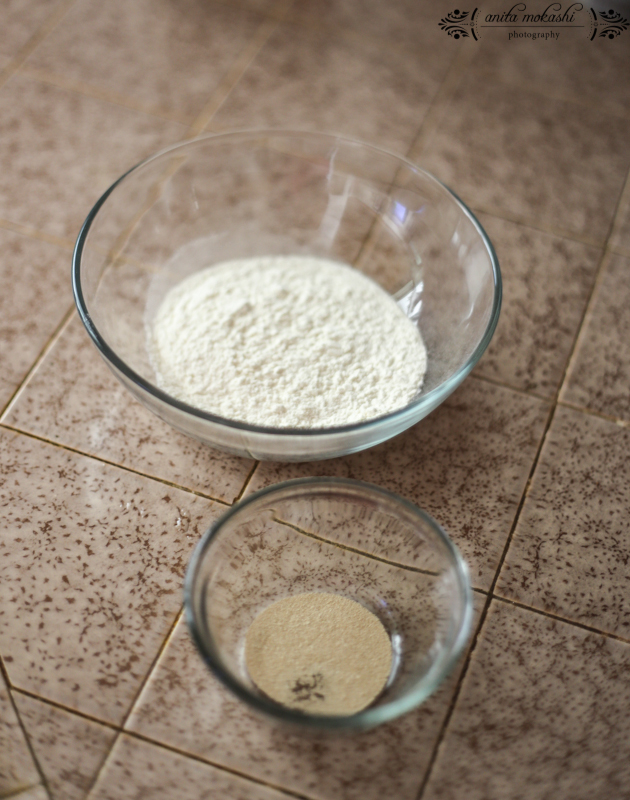 For The Sugar Syrup

Combine the yeast with 2 tbsp of warm water in a bowl and keep aside for 5 to 7 minutes.

Combine this yeast mixture with the plain flour in a bowl and mix well.

Add 2 tbsp of water if required to make a thick batter and cover and keep aside for 10 to 15 minutes.

For the sugar syrup

Combine the sugar and 1 cup of water in a broad non-stick pan, mix well and cook on a high flame for 5 to 7 minutes or till the sugar syrup is of 1 thread consistency. 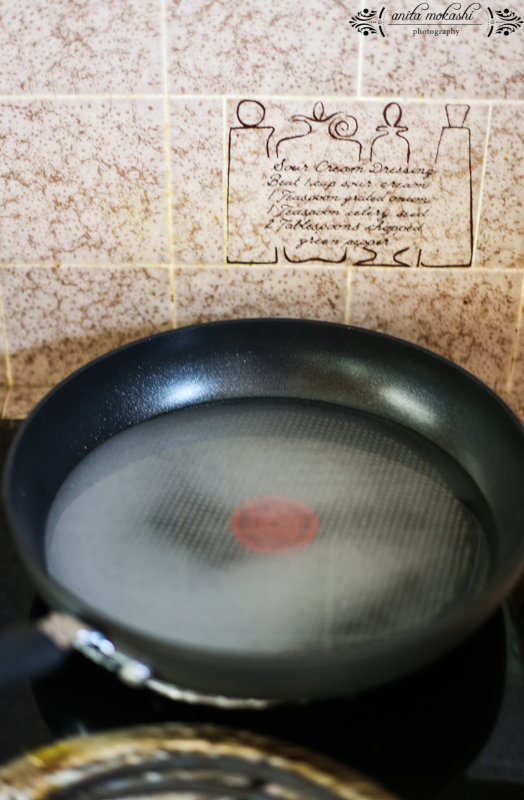 Combine the saffron strands, saffron colour and 2 tsp of sugar syrup in a bowl and add to the sugar syrup and mix well. Keep aside. 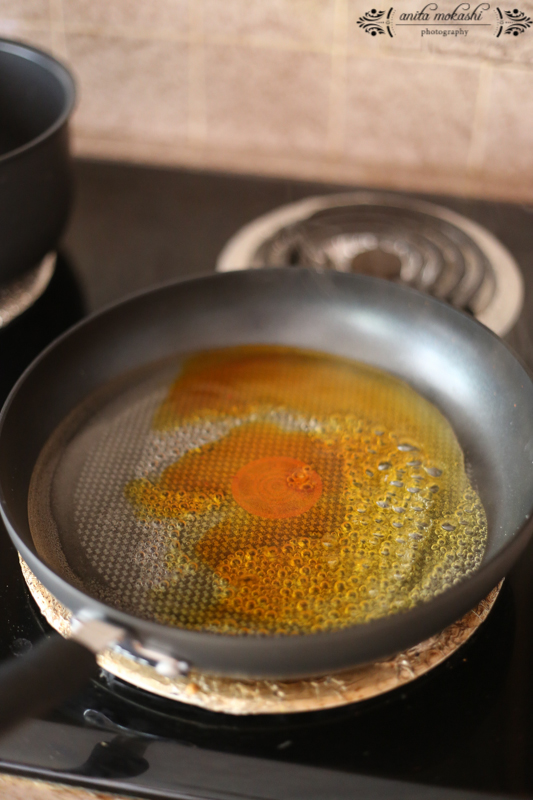 Select a plastic bottle with a small hole in the lid and fill with the batter. 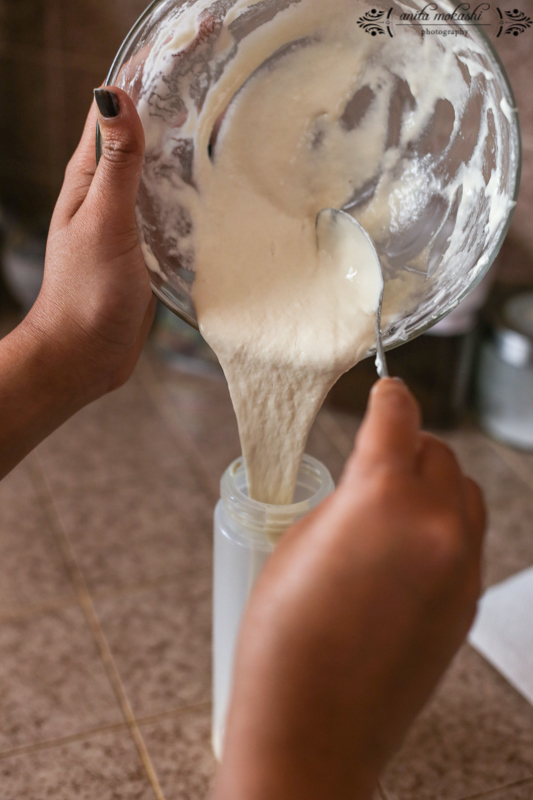 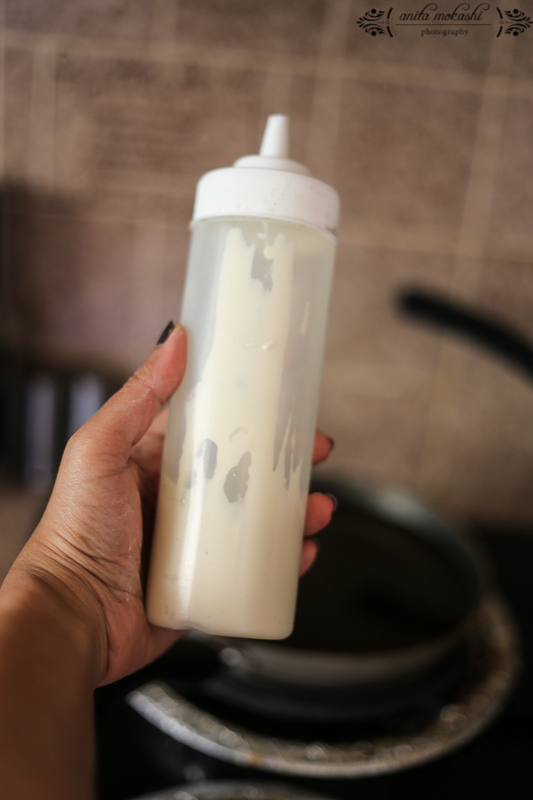 Heat the ghee in a broad non-stick pan and press the bottle to form a coil shaped jalebi, starting from the inside to the outside. 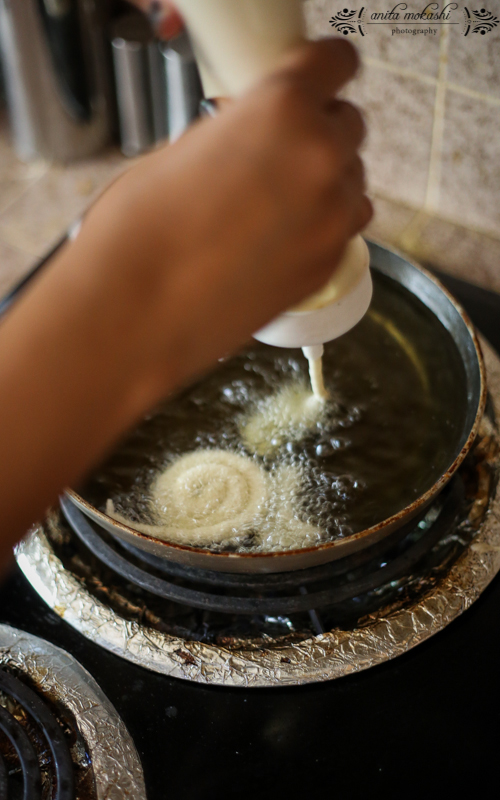 Deep-fry till the jalebis turn golden brown in colour from both the sides. 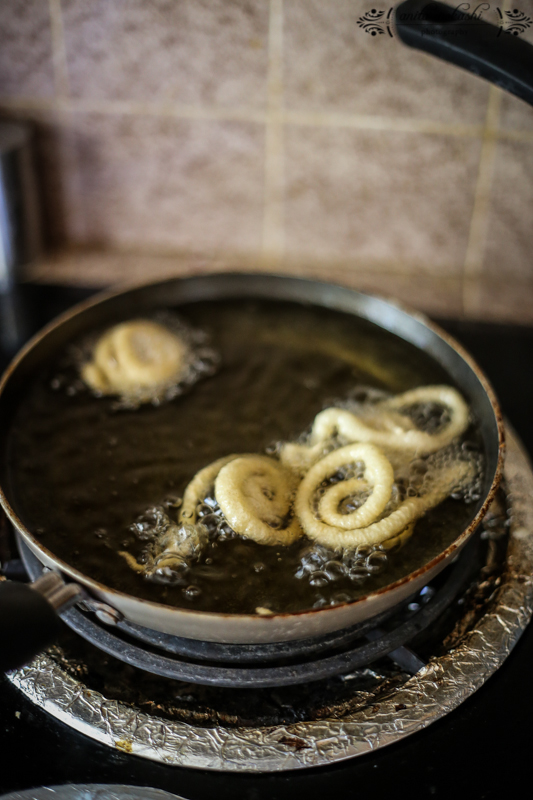 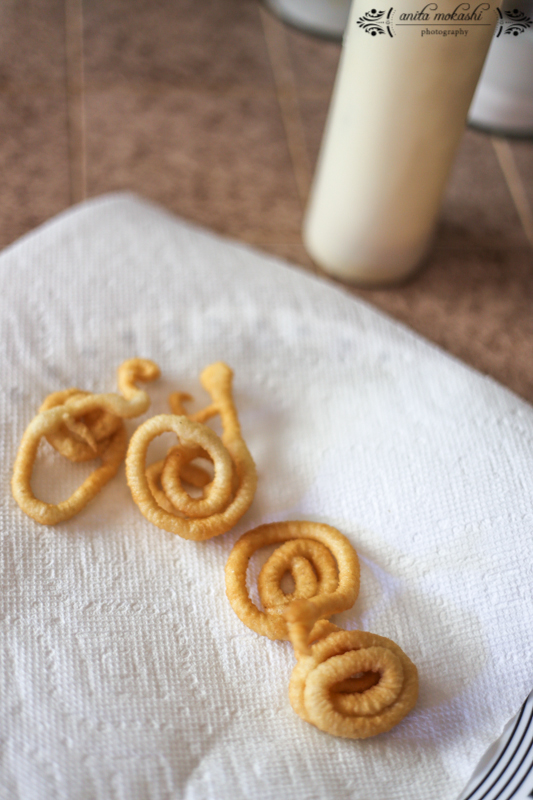 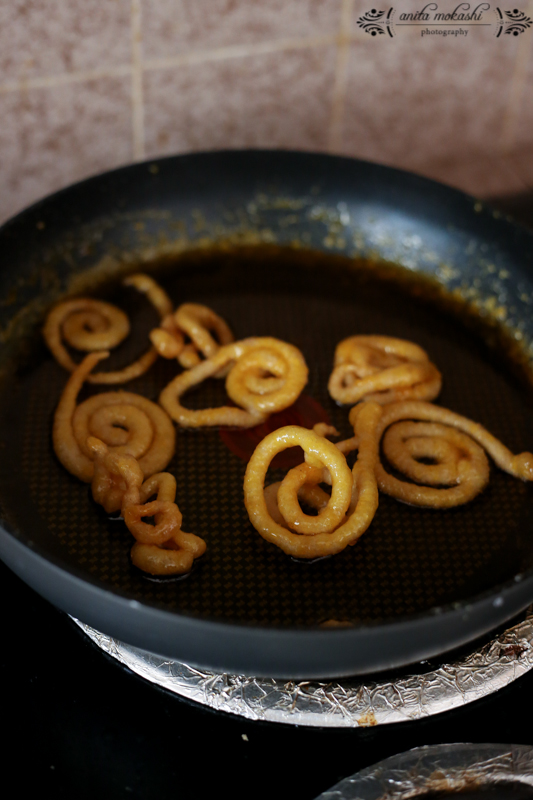 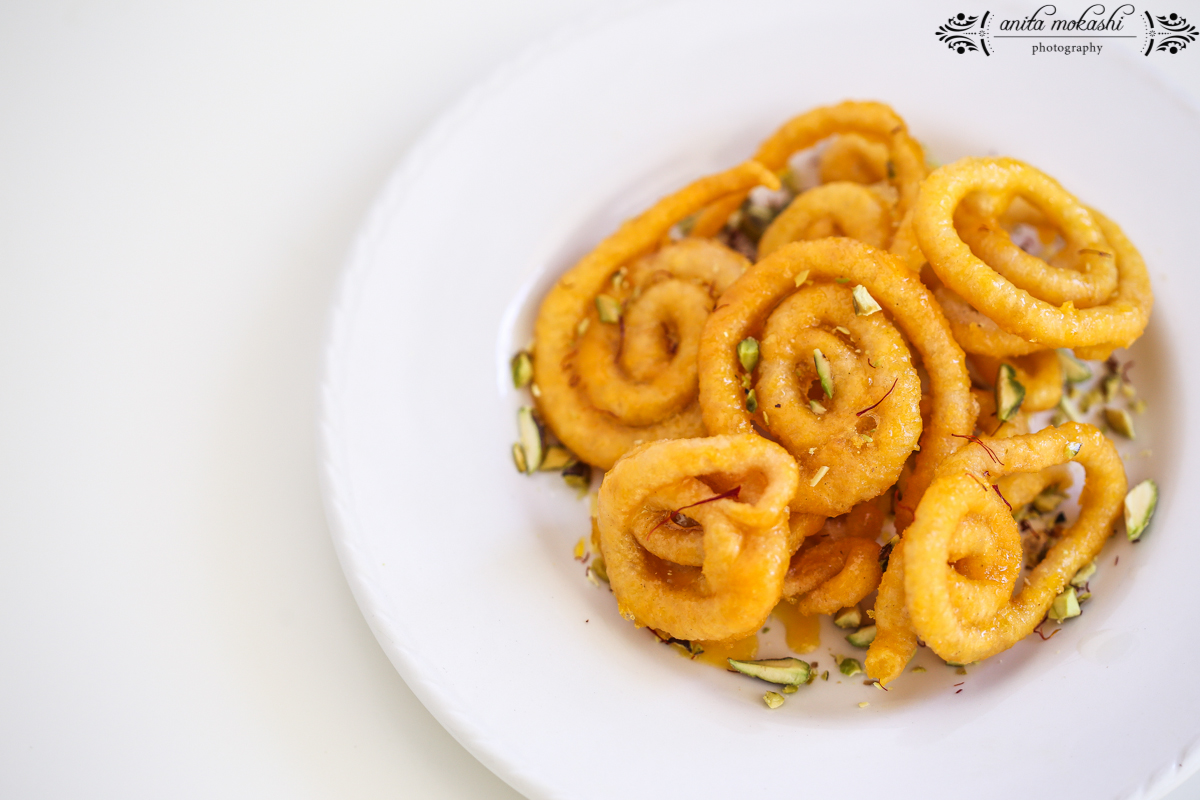 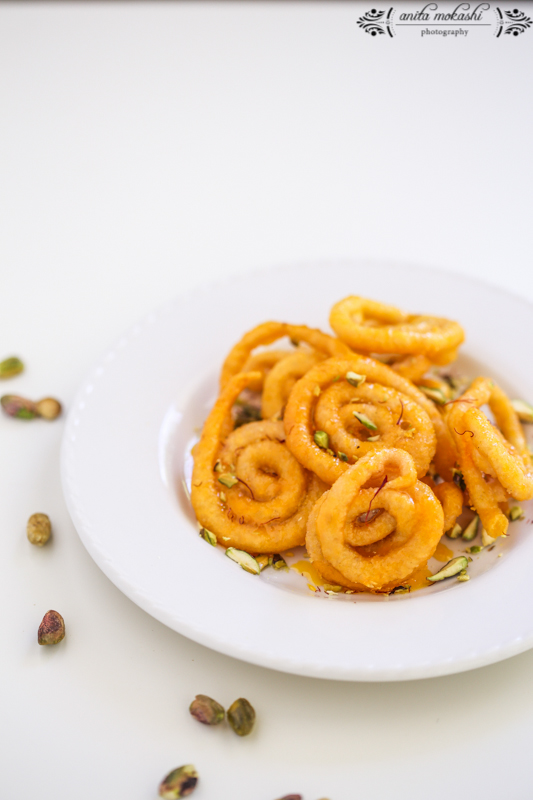 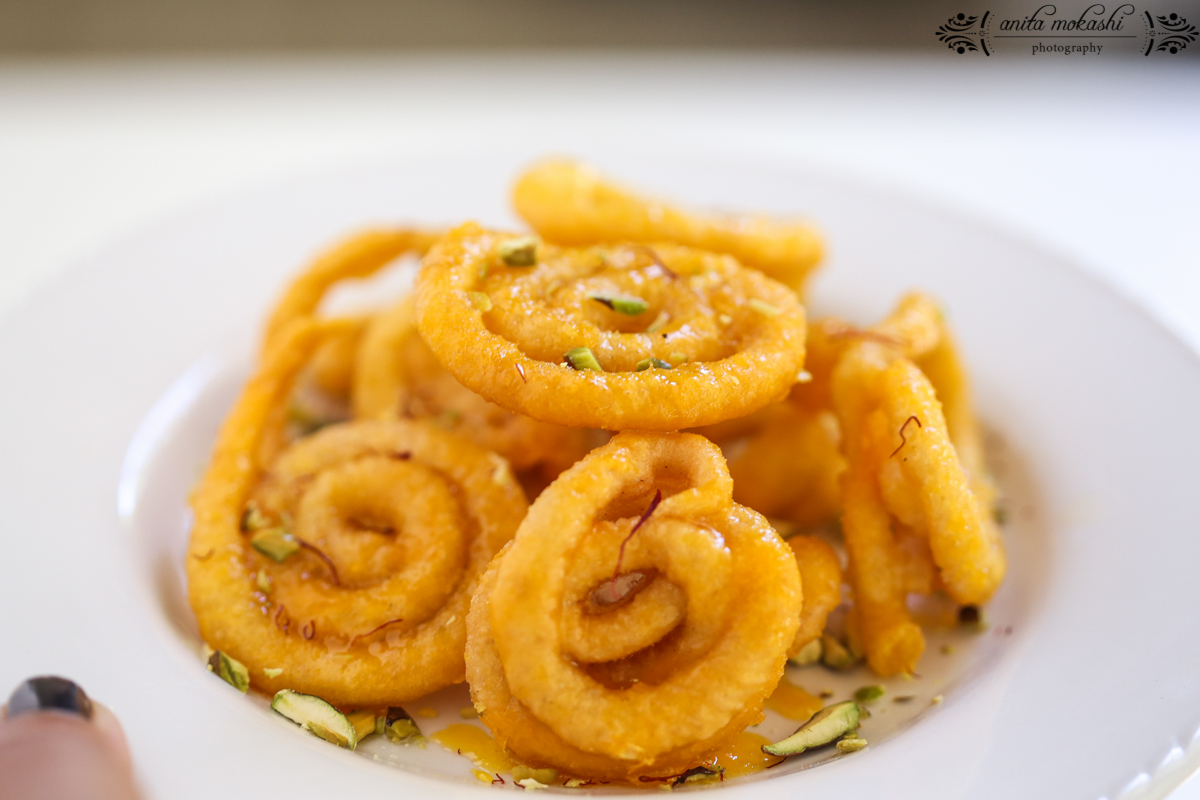 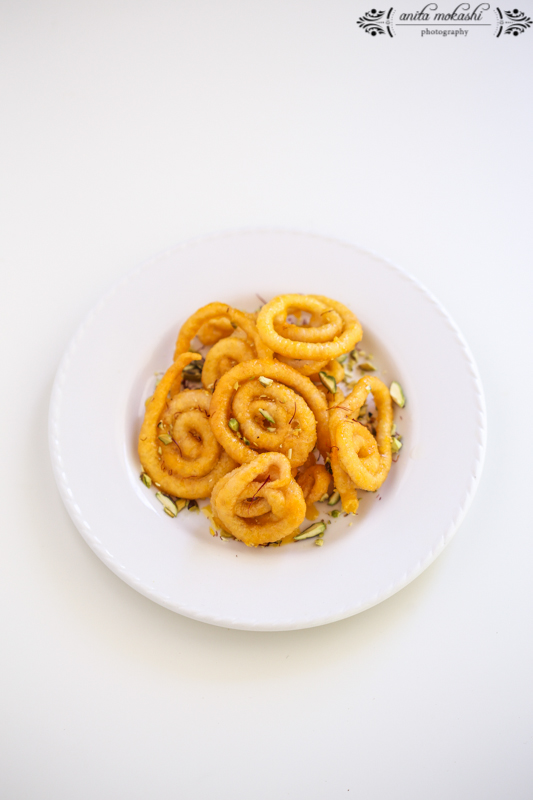 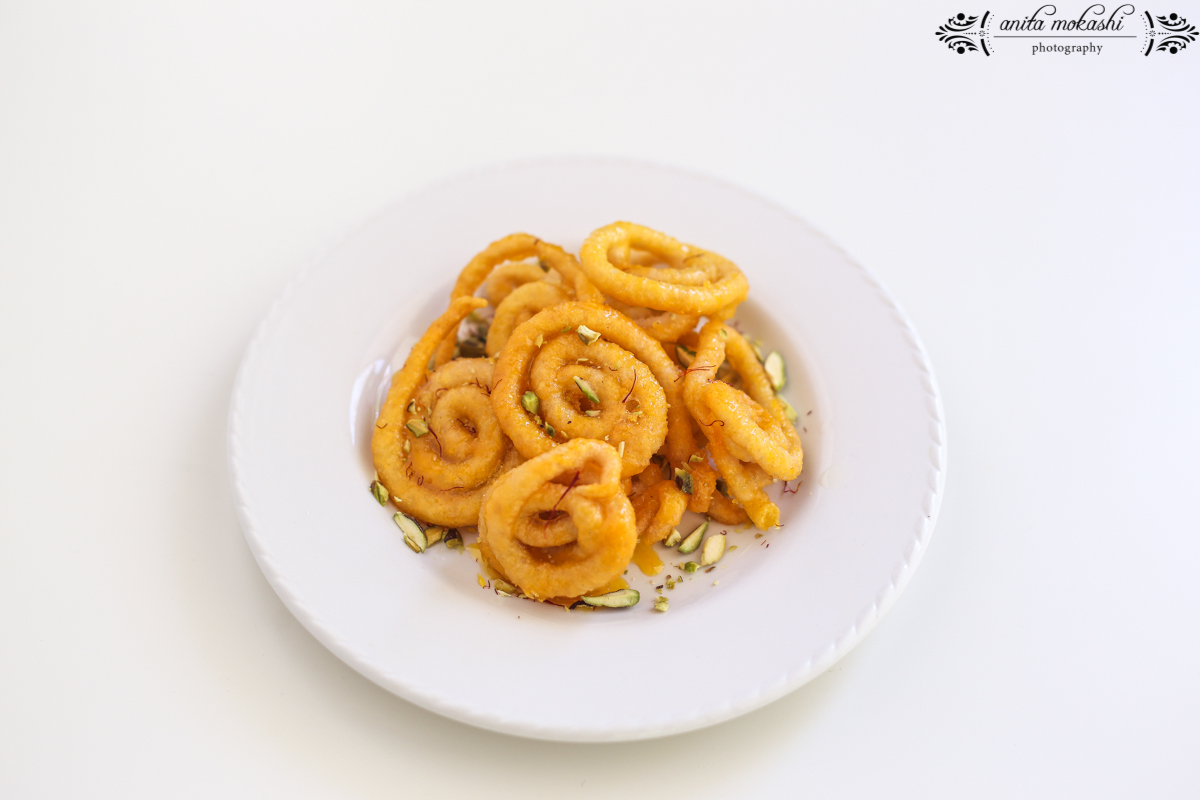 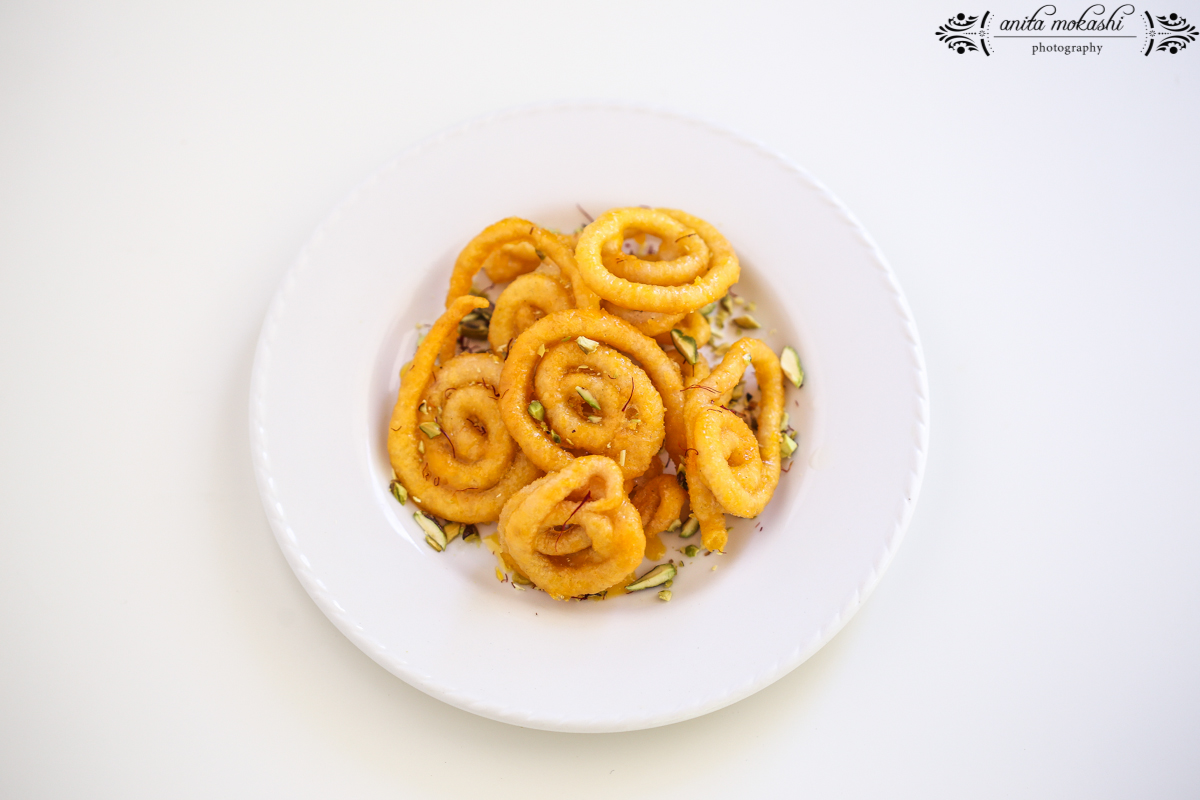 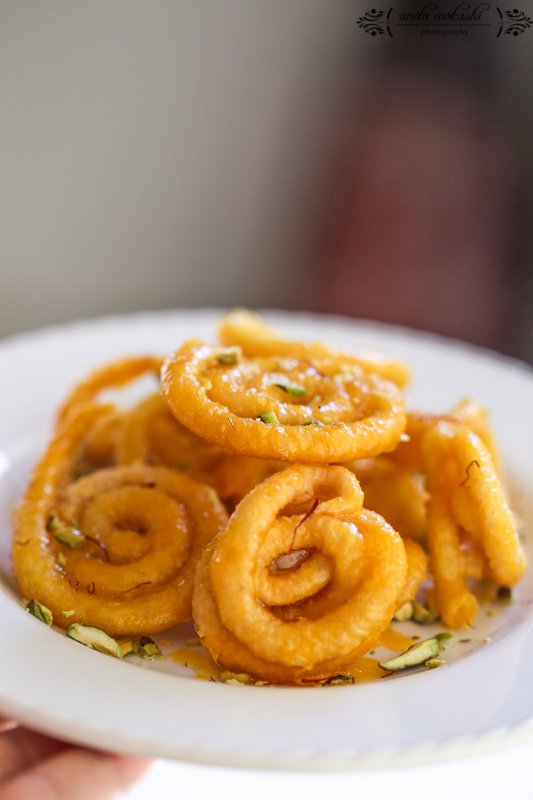 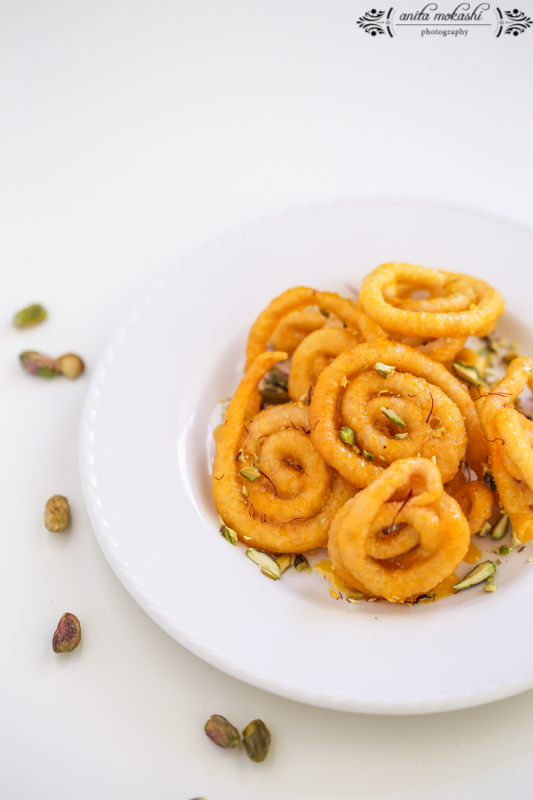 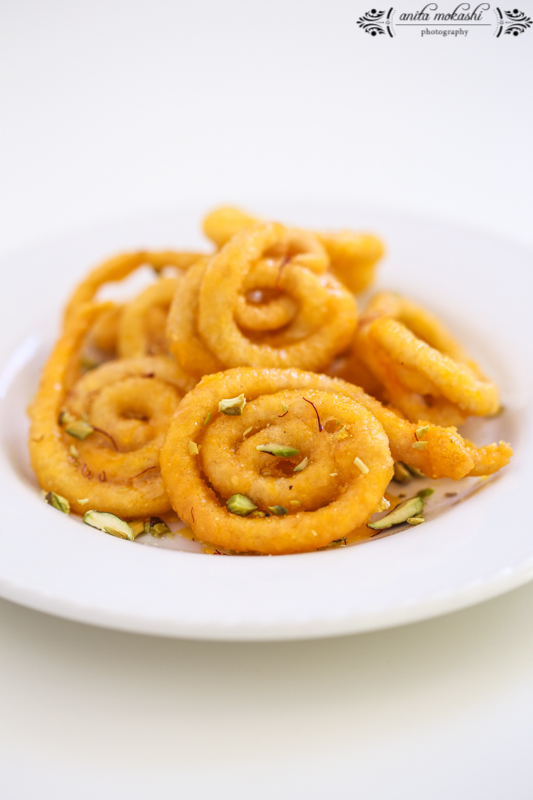 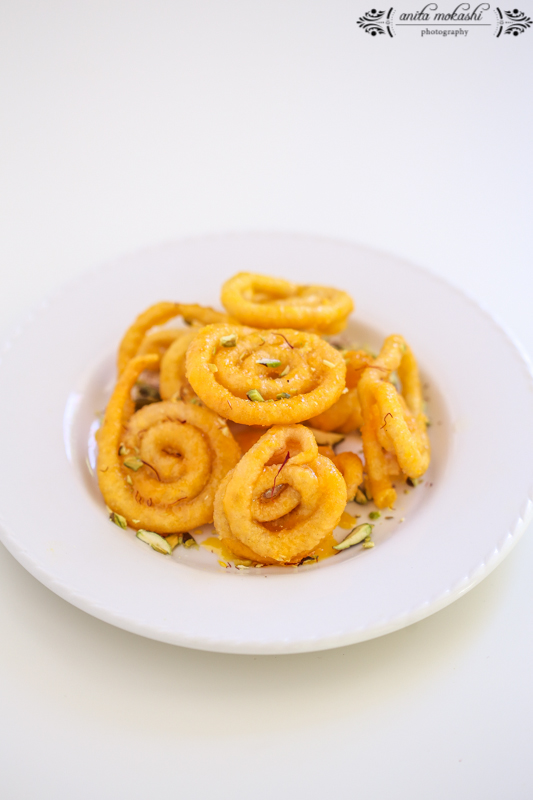 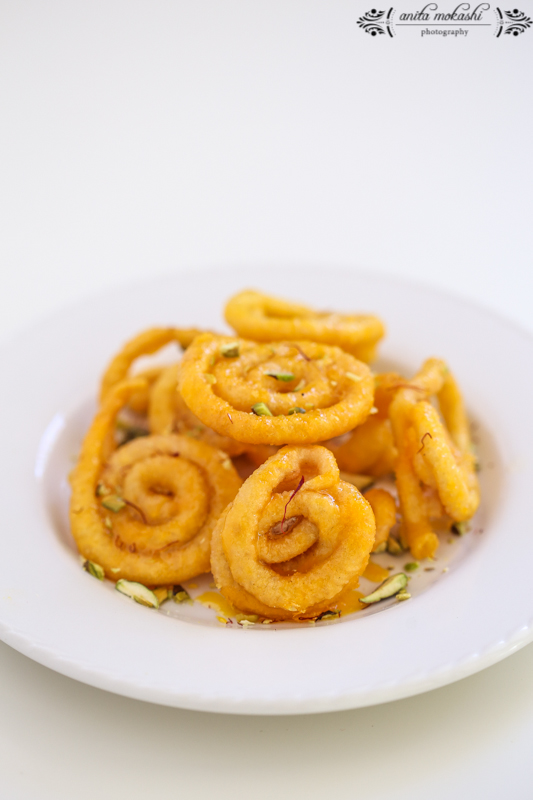 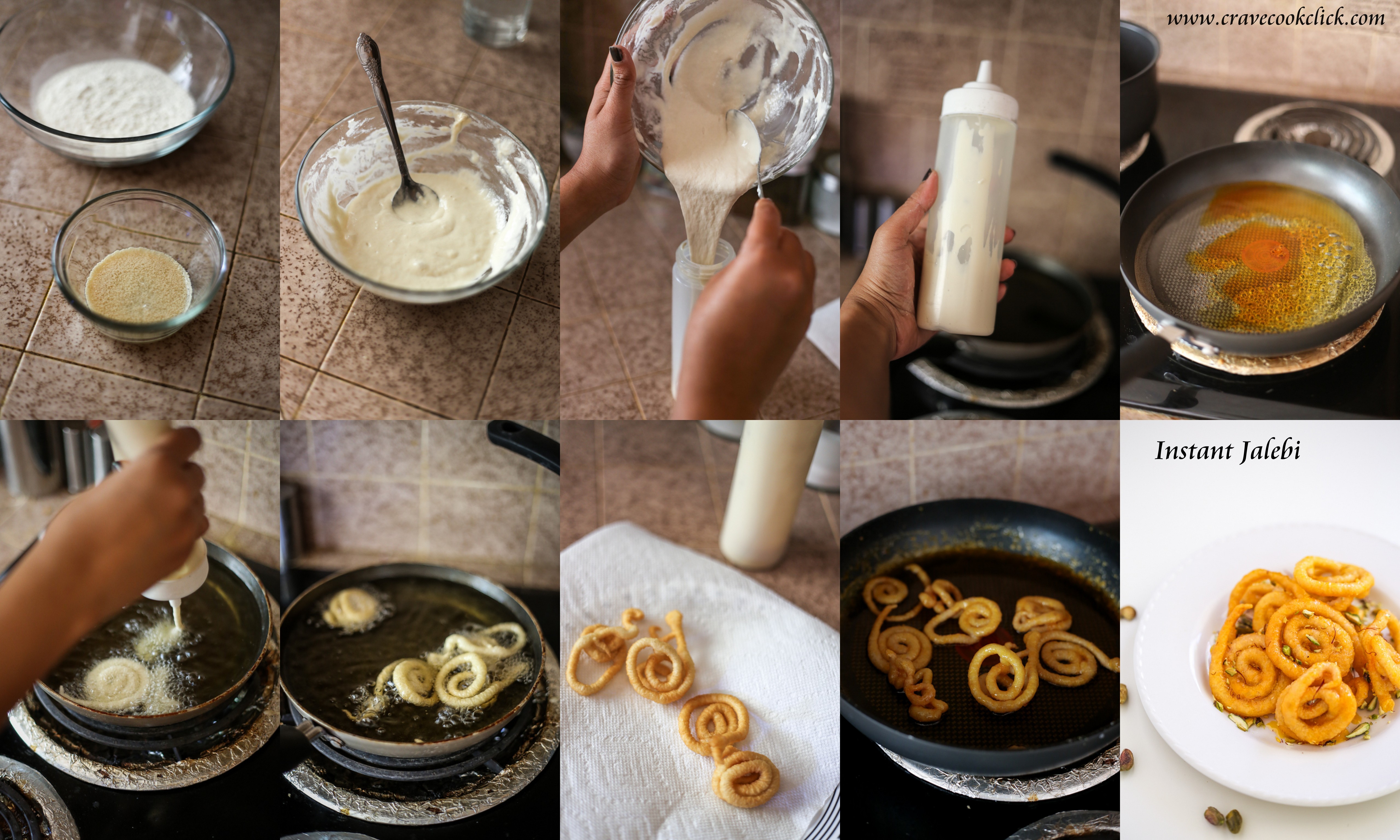