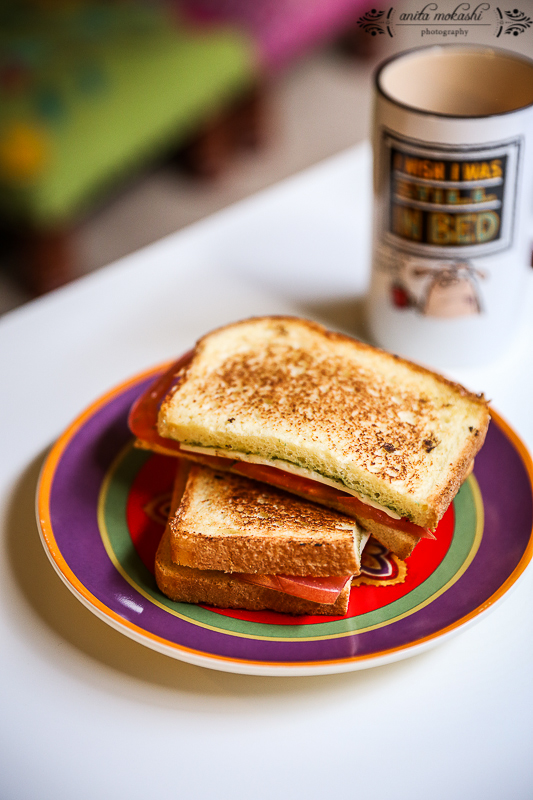 Cheese Tomato Sandwich is an easy breakfast recipe made with bread, green chutney, slices of cheese and tomatoes. 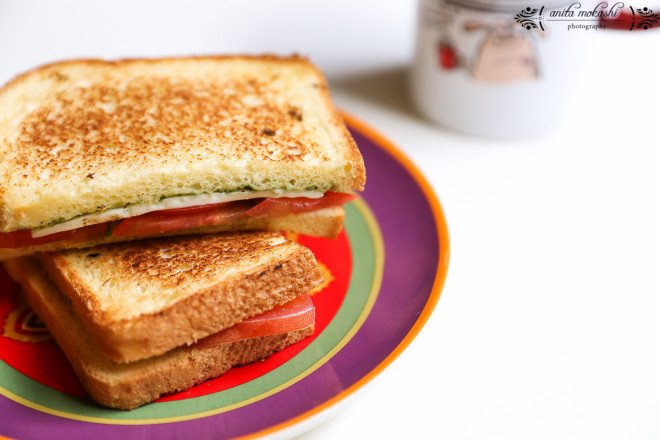 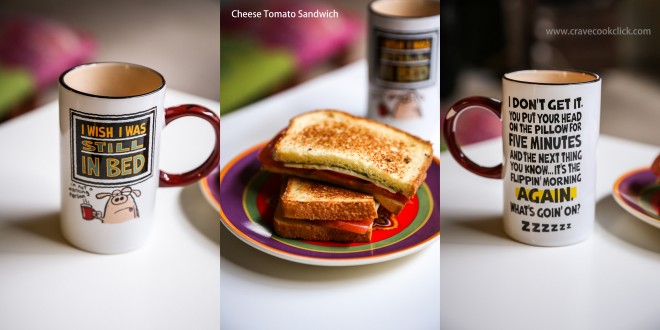 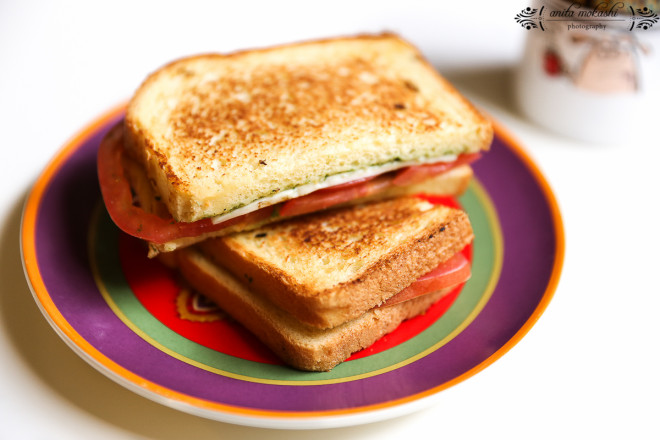 Some interesting facts about Cheese Sandwich

Cooked bread and cheese is an ancient food, according to food historians, popular across the world in many cultures; evidence indicates that in the U.S., the modern version of the grilled cheese sandwich originated in the 1920s when in 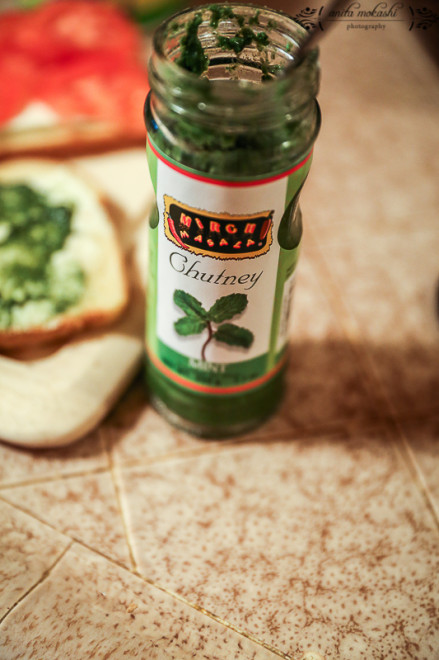 It was originally made as an open sandwich, but the top slice of bread became common by the 1960s.U.S. government cookbooks describe Navy cooks broiling “American cheese filling sandwiches” during World War II.Many versions of the grilled cheese sandwich can now be found on restaurant menus across the United States.

Spread both slices of bread with a light layer of butter and green chutney.

Put slice of cheese on one piece of bread.

In the meantime, heat griddle or pan with butter

Also spread butter on top of each side of bread.

Grill until sandwich is brown on both sides and cheese is melted. 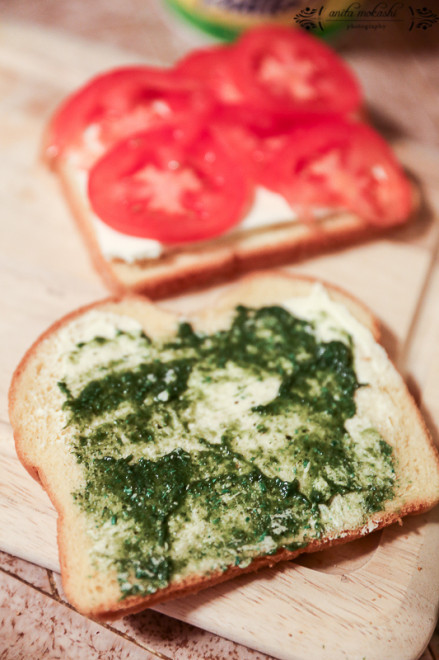 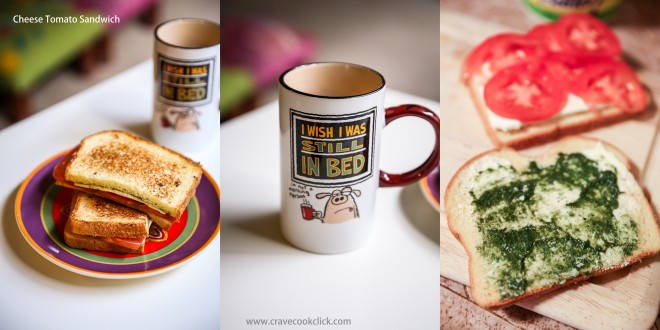 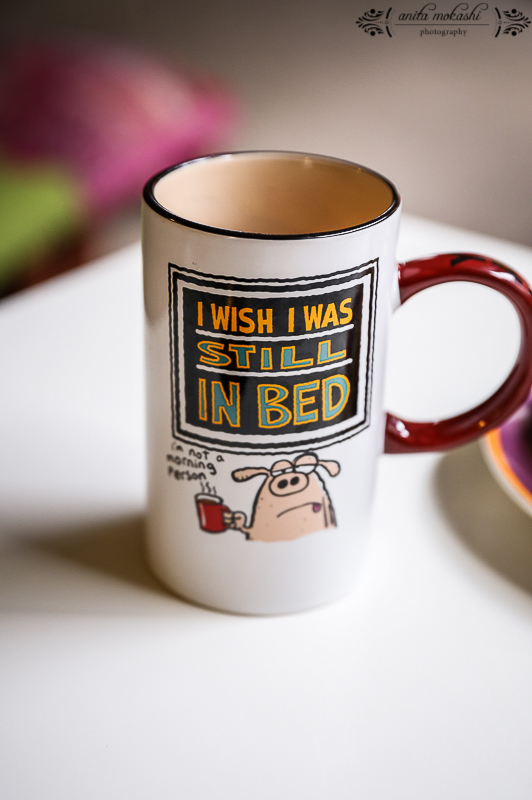 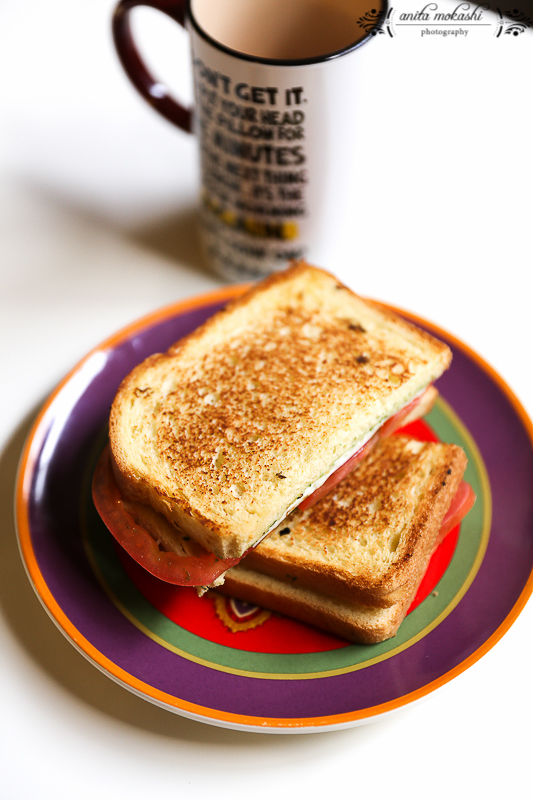 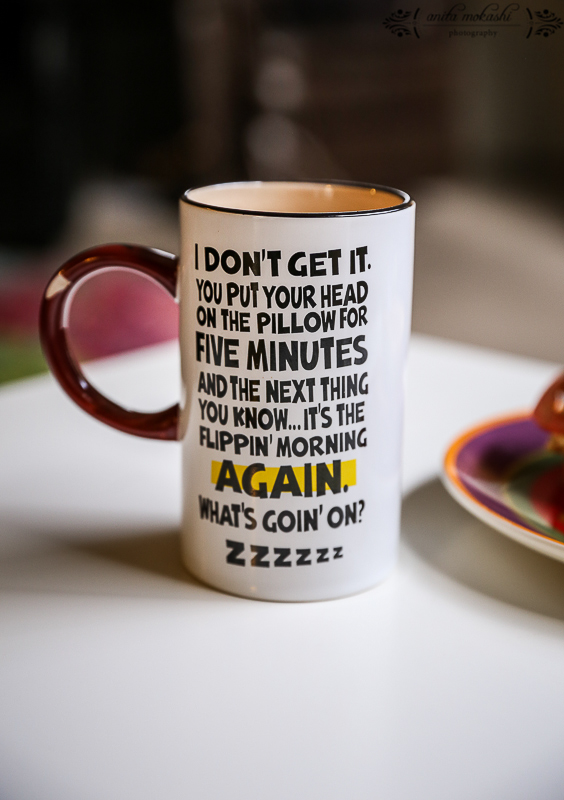 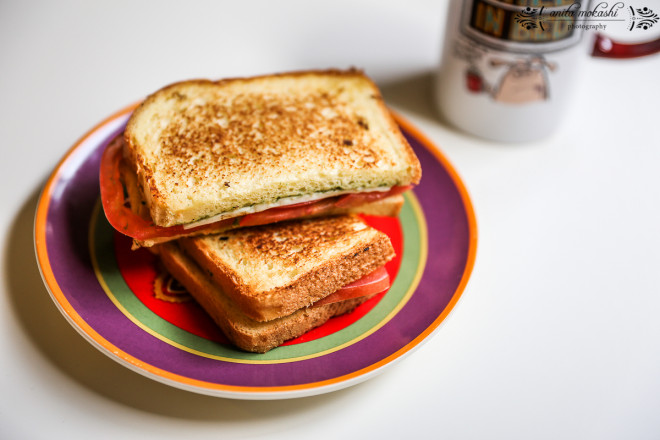 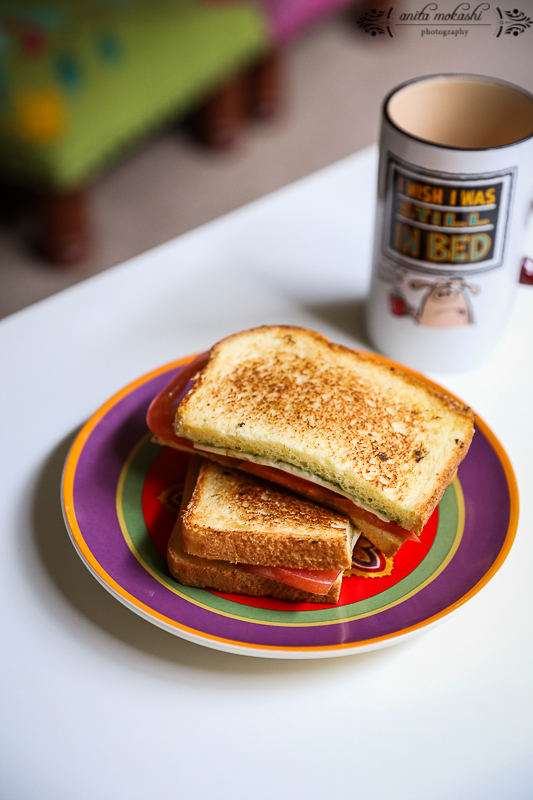 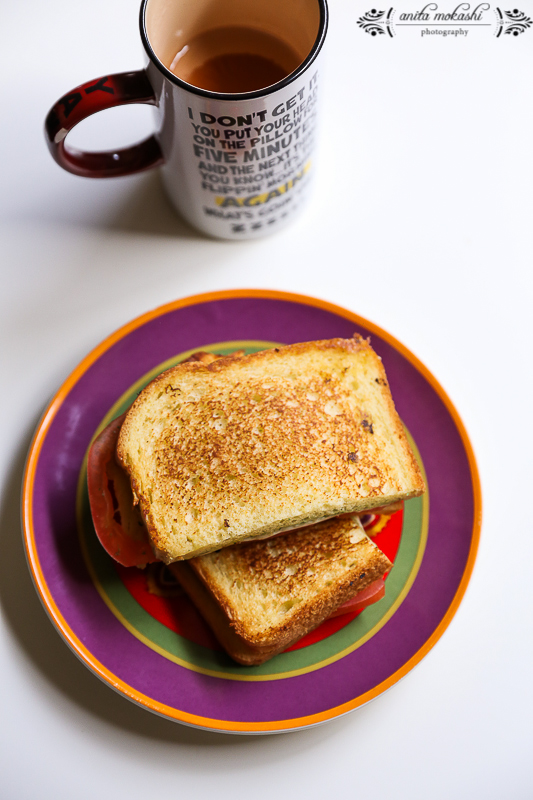