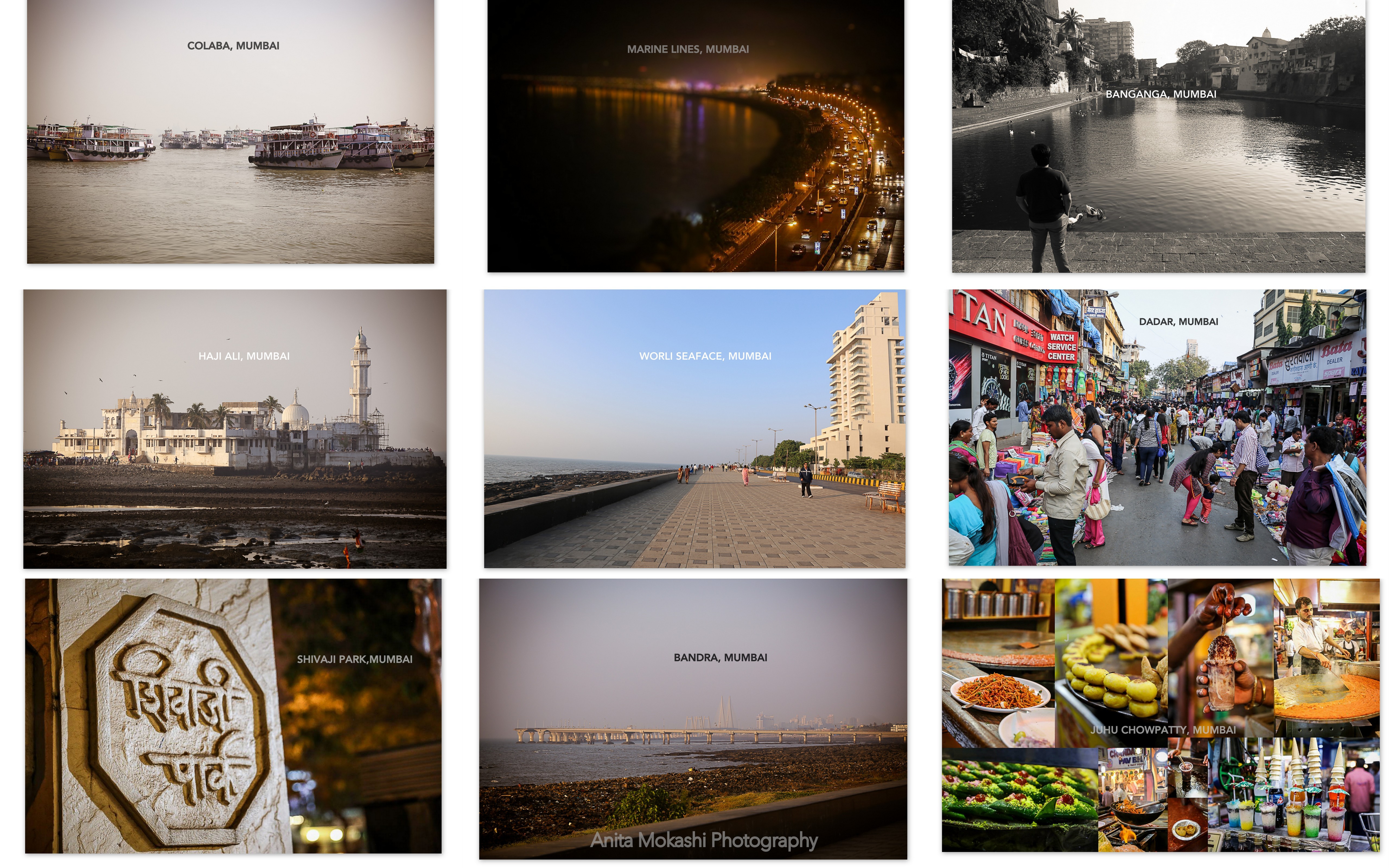 I was born and brought up in Mumbai.  After marriage I moved to California. Frankly speaking when I lived 25 years of my life in Mumbai, I cribbed about the traffic, the dirt, etc. Now trust me these are the things which I miss. I know it sounds weird but that’s true. I never valued the beautiful marine drive, the lively juhu chowpatty, full of life dadar station or amazing monuments like Gateway of India and CST.  There was no big deal in eating vada pav, pav bhaji or malai gola. Being able to eat burji pav at 2am was not considered as luxury. This is a classic example of we always ignoring the good things and focussing on the negatives.

Today I miss and equally value what Mumbai gave me. This post is a tribute to it. The Mumbai through my lens! I went to Mumbai in December and visited my favorite places and eateries. 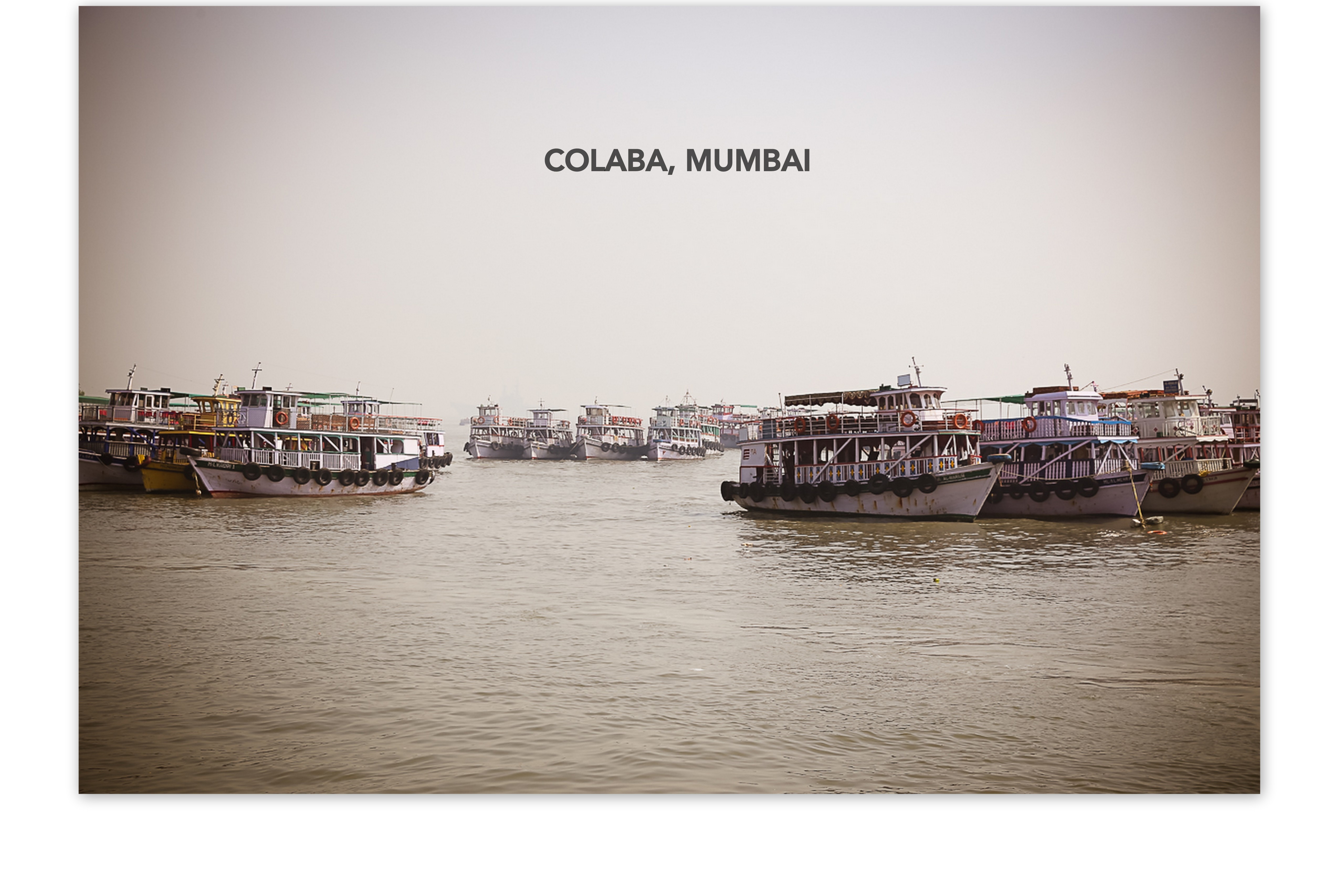 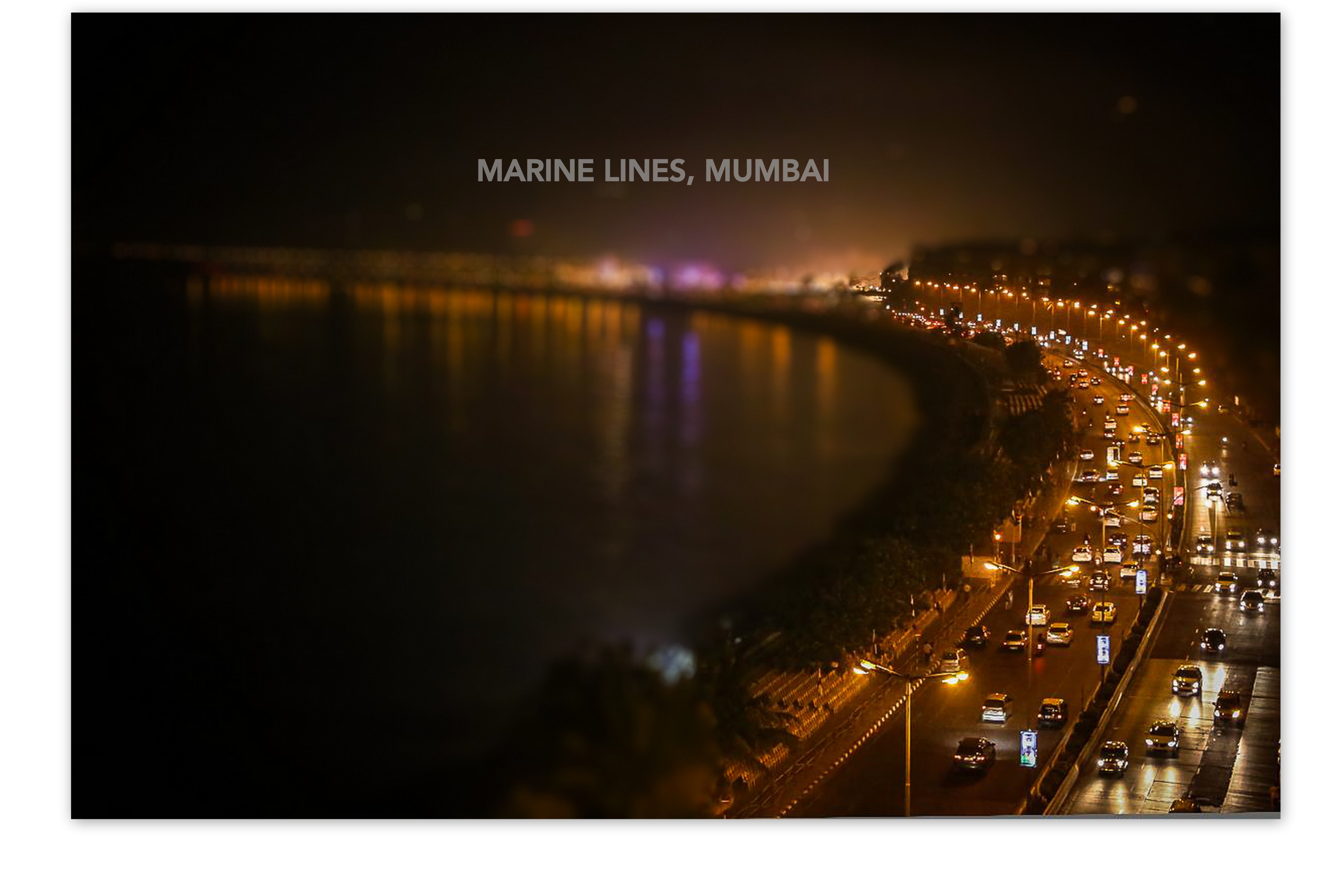 Marine Drive is a 4.3-kilometre-long boulevard in South Mumbai in the city of Mumbai. It is a ‘C’-shaped six-lane concrete road along the coast, which is a natural bay. The road links Nariman Point to Babulnath and Malabar Hill.

Marine Drive is also known as the Queen’s Necklace because, if viewed at night from an elevated point anywhere along the drive, the street lights resemble a string of pearls in a necklace. 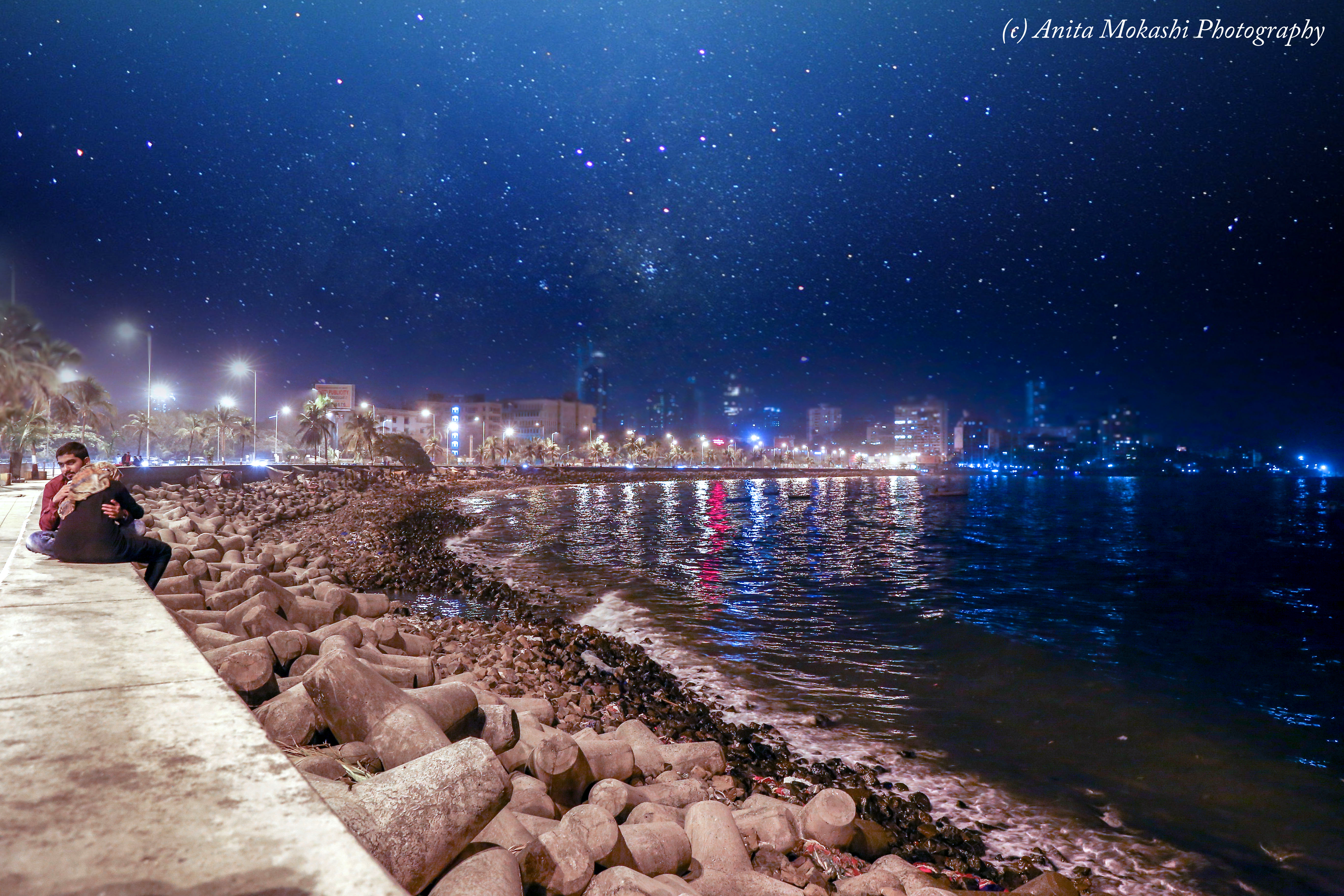 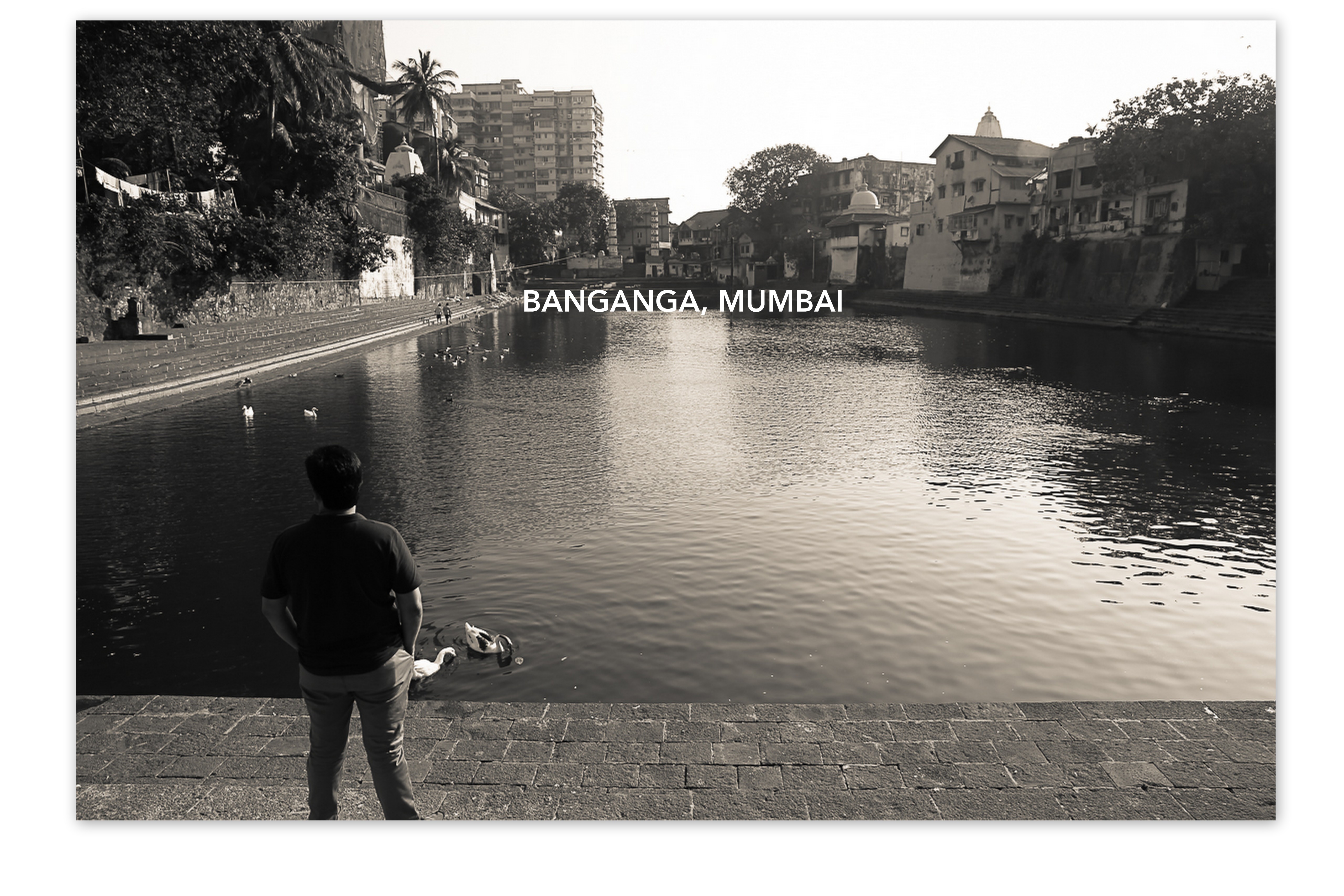 Banganga or Banganga Tank is an ancient water tank which is part of the Walkeshwar Temple Complex in Malabar Hill area of Mumbai in India. It was rebuilt in 1715 AD, out of a donation for the Walkeshwar Temple .The main temple, has been reconstructed since then and is at present a reinforced concrete structure of recent construction.

The tank today is a rectangular pool structure surrounded by steps on all four sides. The tank is spring fed and so its water remains sweet, despite being located only a few dozen meters away from the sea. 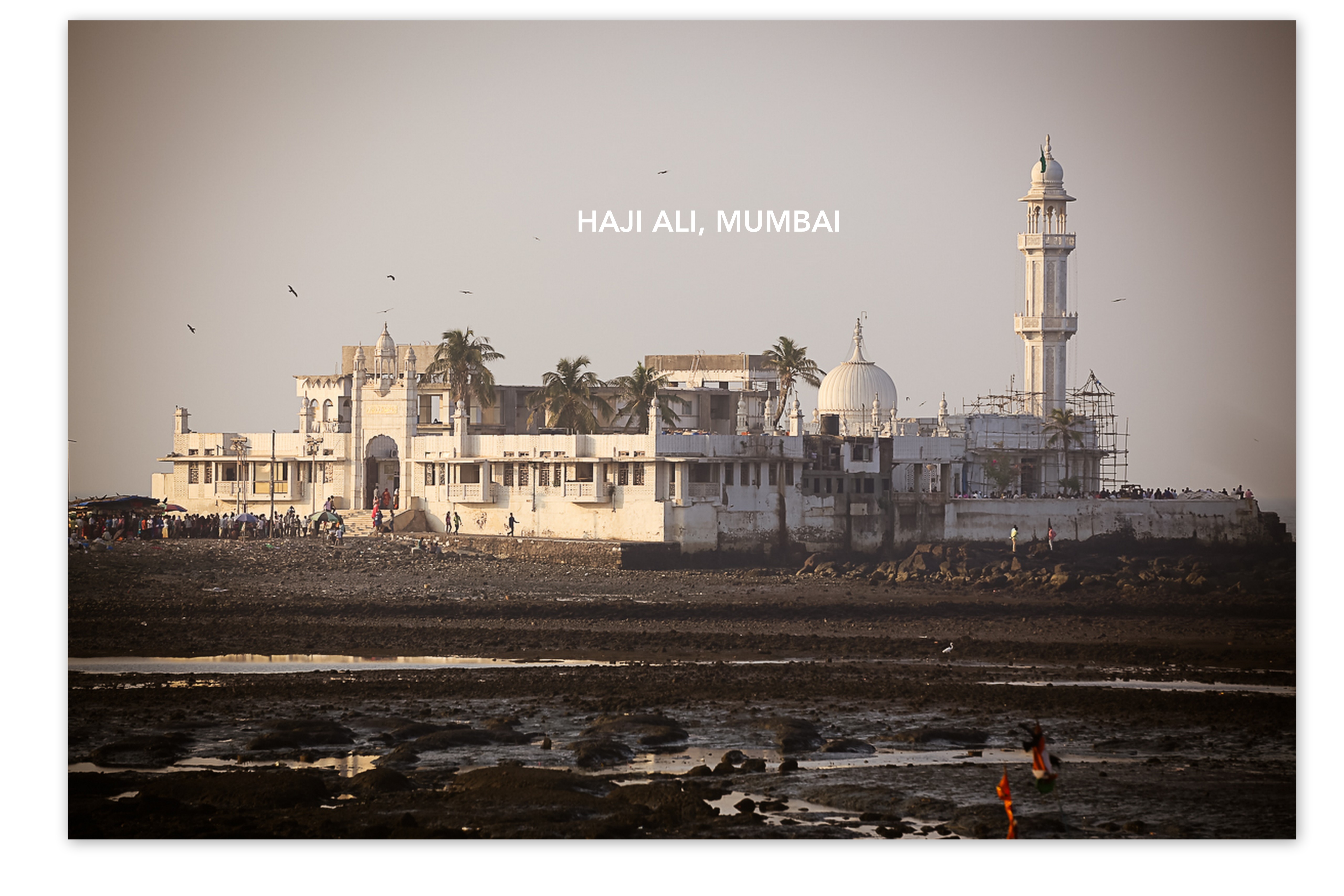 The Haji Ali Dargah is a mosque and dargah (tomb) located on an islet off the coast of Worli in the Southern part of Mumbai. Near the heart of the city proper, the dargah is one of the most recognisable landmarks of Mumbai.

The Pav Bhaji from Sardar, Paan from Mucchad Paanwala and Sitaphal cream from Haji Ali Juice Center are the must try delicacies in this area 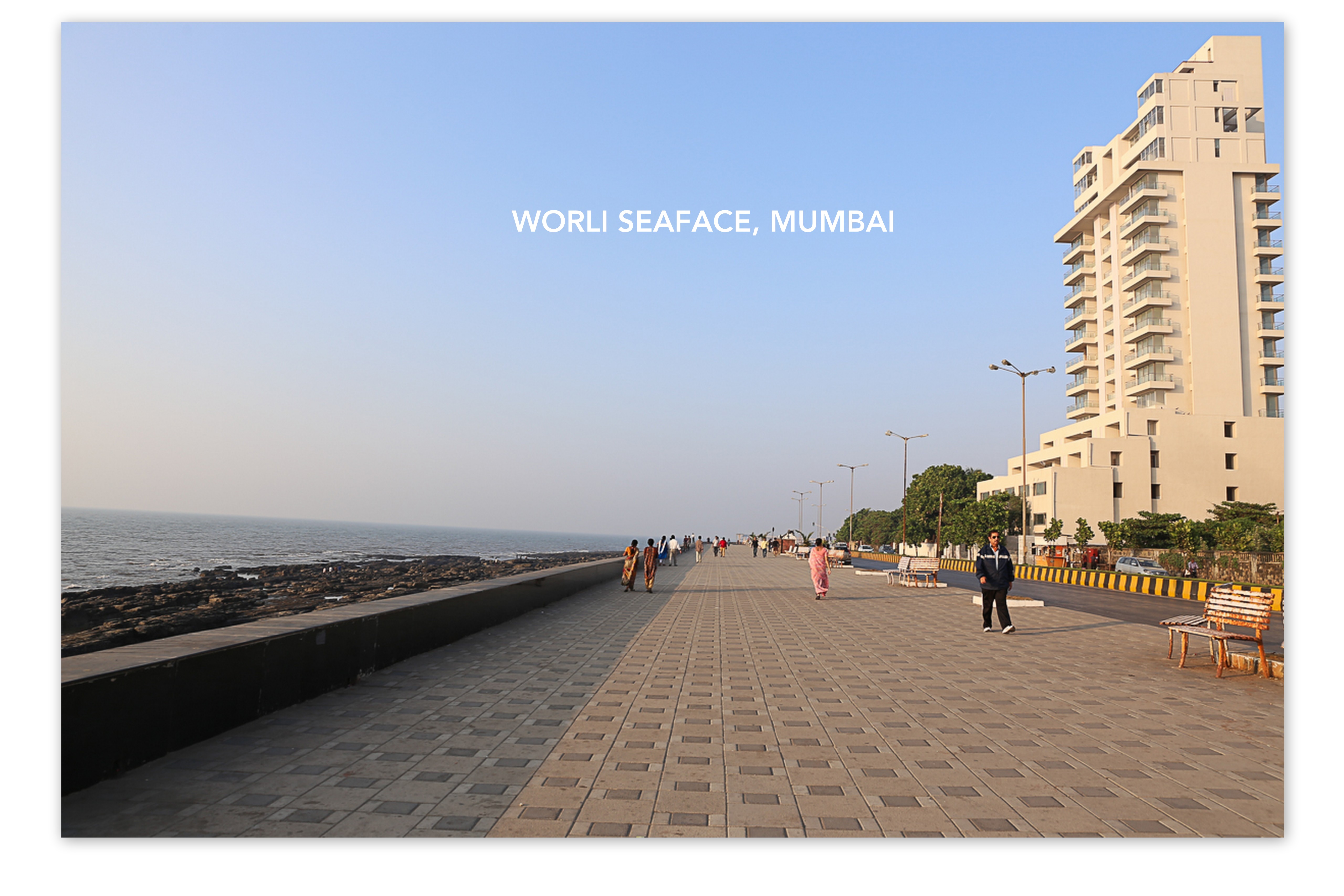 Worli Seaface is another of Mumbai’s renowned promenades where people like to go for walks and sit in the evenings. It’s one of the top places to experience the monsoon in Mumbai, as huge waves thrillingly rise up and onto the roadside during high tide. The Worli Seaface also offers a view of the Bandra Worli Sealink, which starts a little to the north of it. 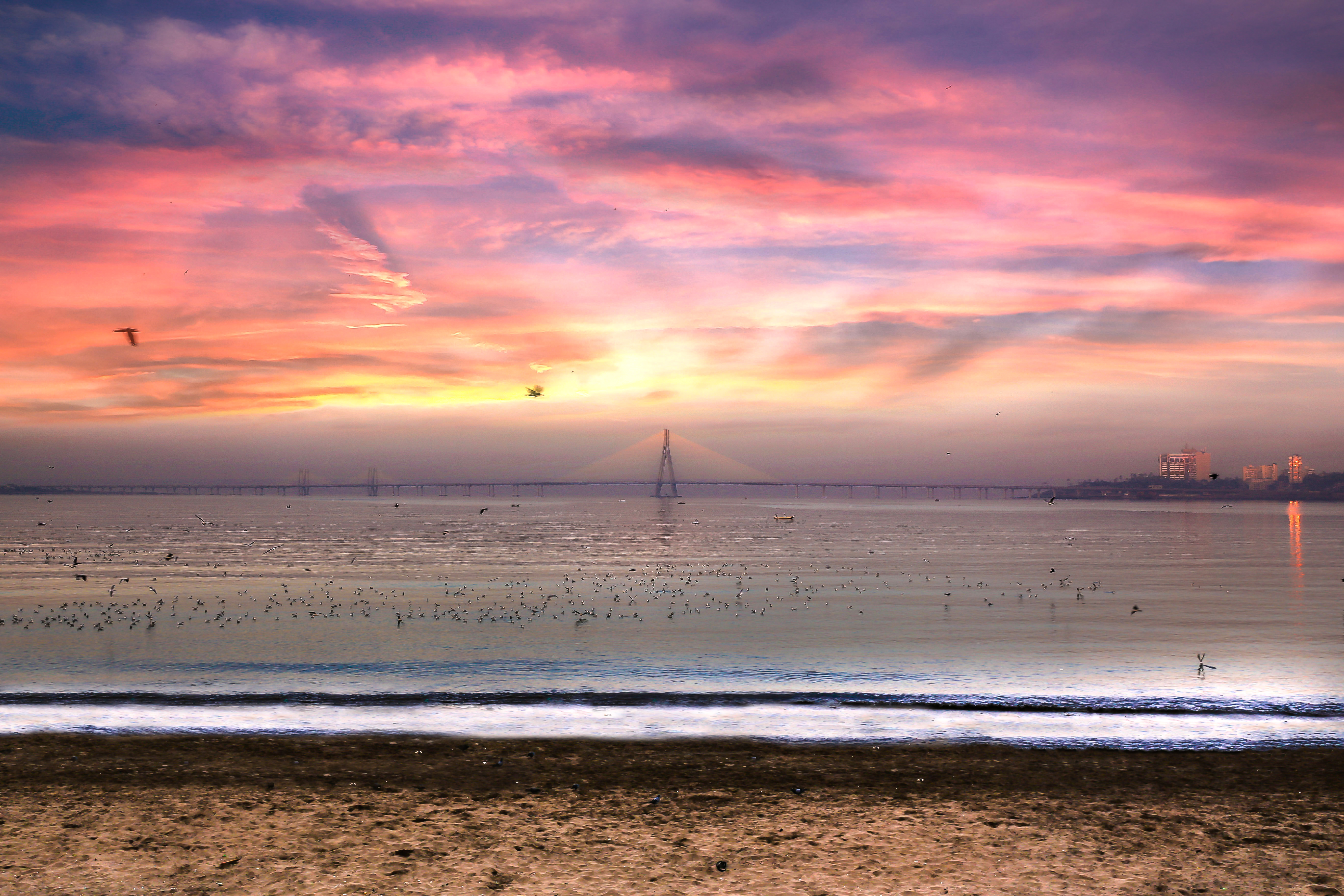 A statue of the Common man, created by the sculptor Suresh Sakpal, was installed in 2007 along the sea face on Khan Abdul Ghaffar Khan road, Worli seaface, Mumbai.

It is considered as one of the poshest locality in Mumbai.

Saw an interesting rehearsal of Mumbai Police Band..was really impressed. And one of the current prides of Mumbai..Bandra Worli Sealink  can be viewed from here 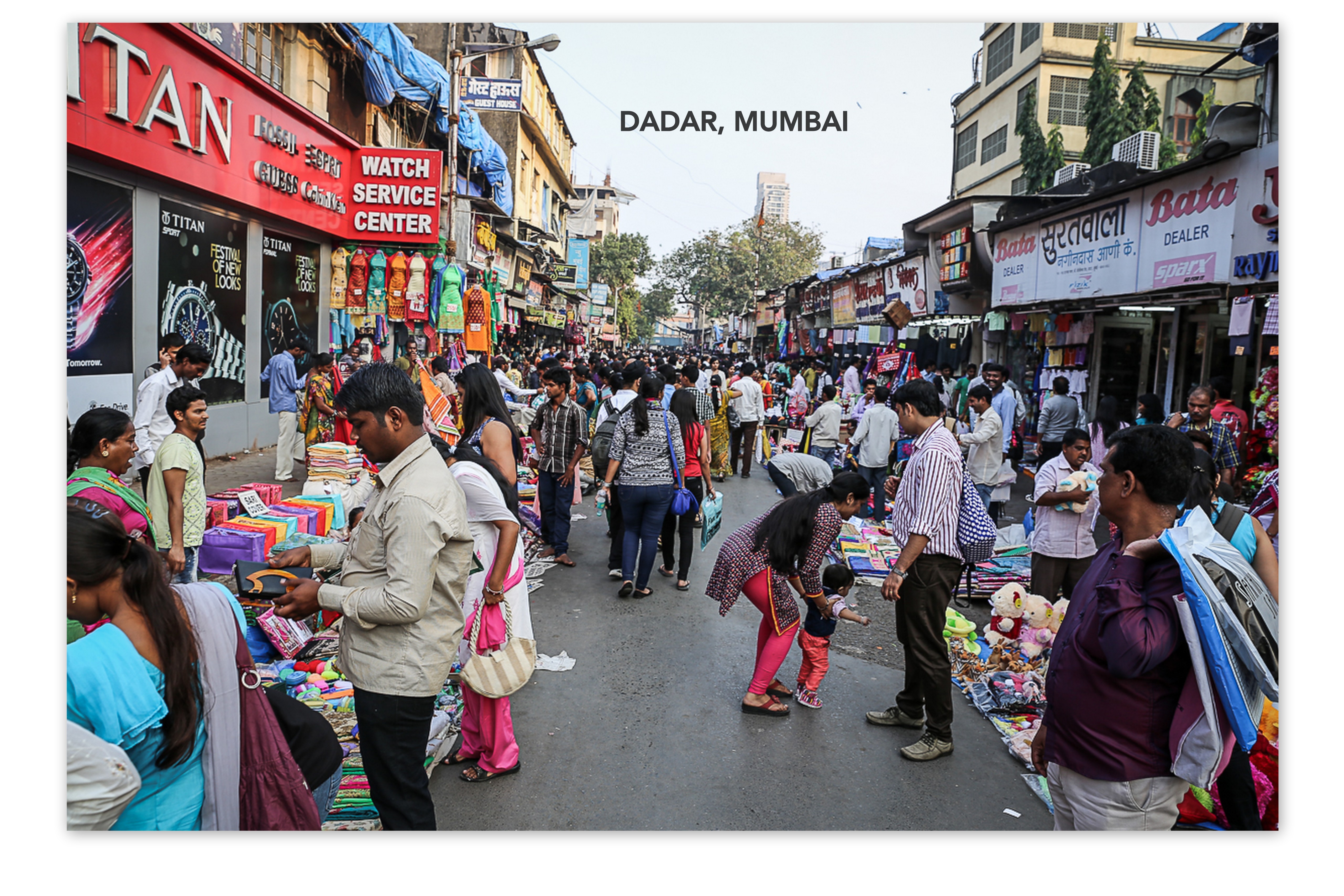 Dadar is a neighborhood in Mumbai, and is also a railway station on both the Western (Dadar) and Central lines (Dadar T.T.) of the Mumbai Suburban Railway network. Dadar is situated in the heart of Mumbai, and Dadar station is the only railway station common to both the Central and Western lines.

Dadar has long been a cultural center, not only for Maharashtrians and the Marathi speaking population, but for the entire Indian diaspora.

Dadar vegetable market was the heart of the city and was responsible for distributing vegetables across all of Mumbai. It is said that one can get all possible things in Dadar. Kirtikar Market in famous for day to day supplies.

The batata vada from Shree Krishan vada and lassi outside station are worth trying once. 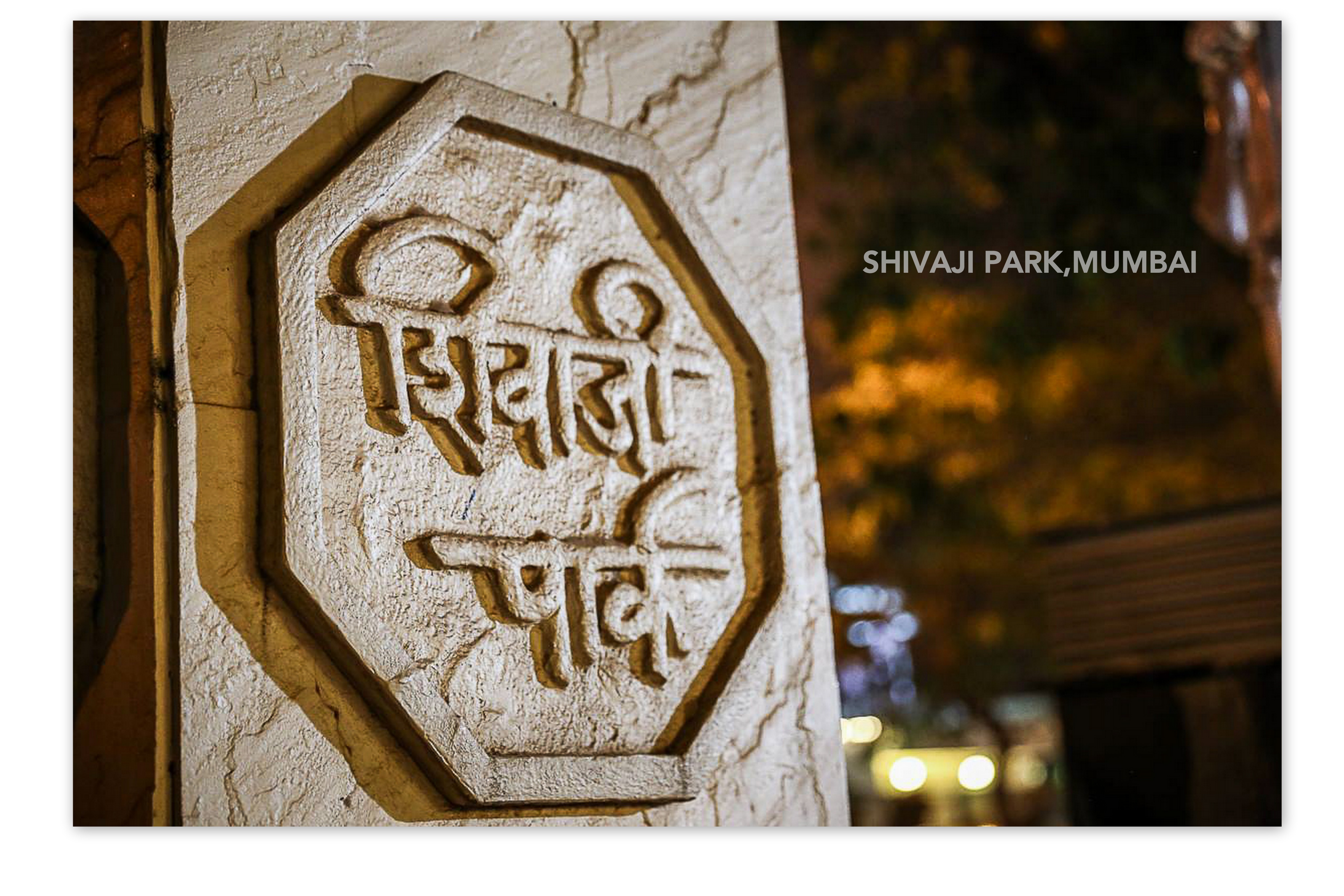 Shivaji Park, a huge playground that has been home to some of the best cricket players in the world, including Sachin Tendulkar and Sunil Gavaskar. The Shivaji Park Residential area, a predominantly upper middle class residential zone, has also become a highly sought after residential area in Central Bombay because of its proximity to the Dadar Chowpatty, Shivaji Park, Mahatma Gandhi Olympic Swimming Pool and the famous Siddhivinayak temple in Prabhadevi. One of the largest primary and secondary schools in Mumbai, run by the Indian Education Society (IES) and also Balmohan Vidyamandir is located in Dadar. There are both Marathi and English medium schools from standards 1 through 10.

There is a small joggers park near P.D. Hinduja Hospital near Shivaji Park. You can see spectacular views of Sea Link and Mumbai Skyline from there. 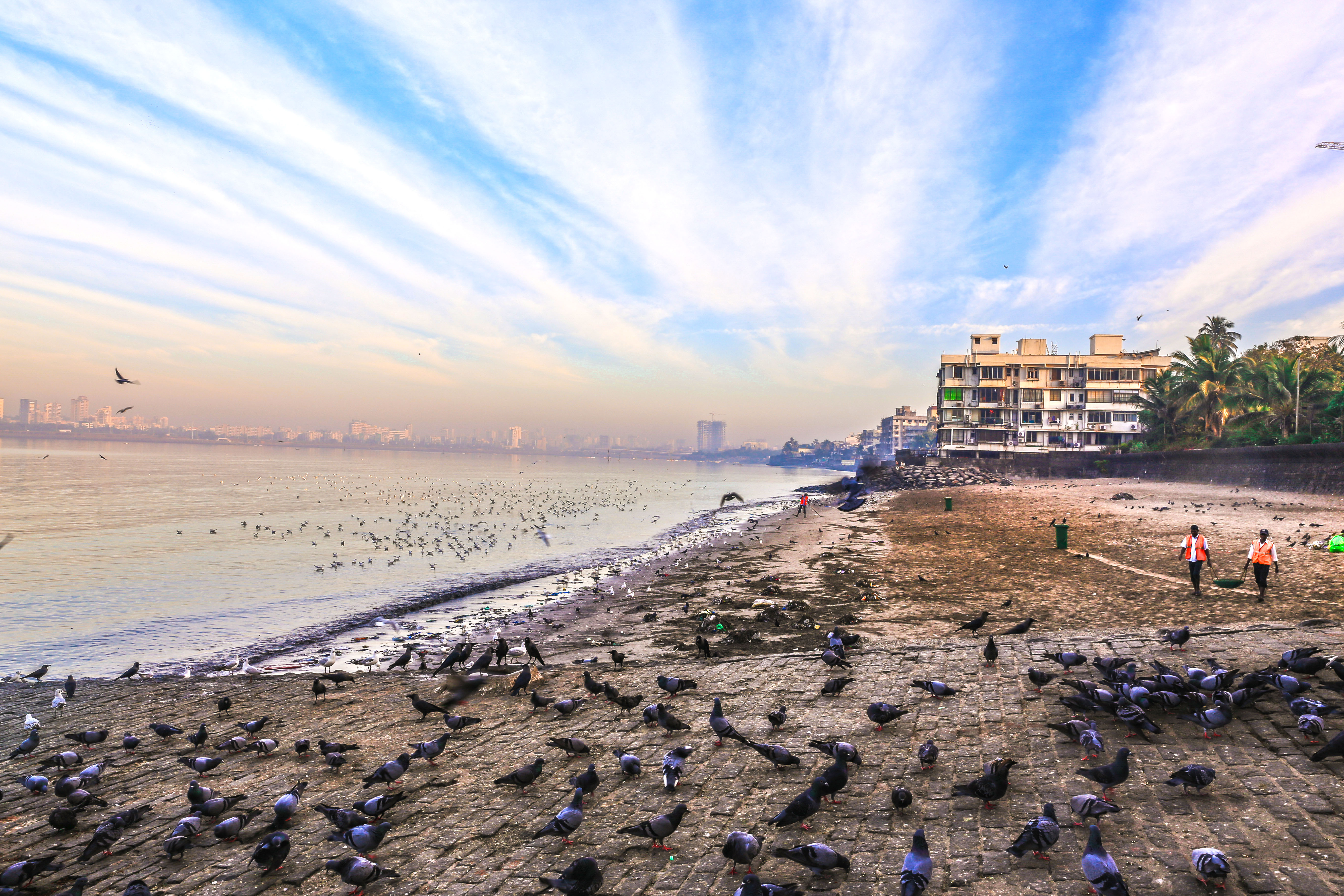 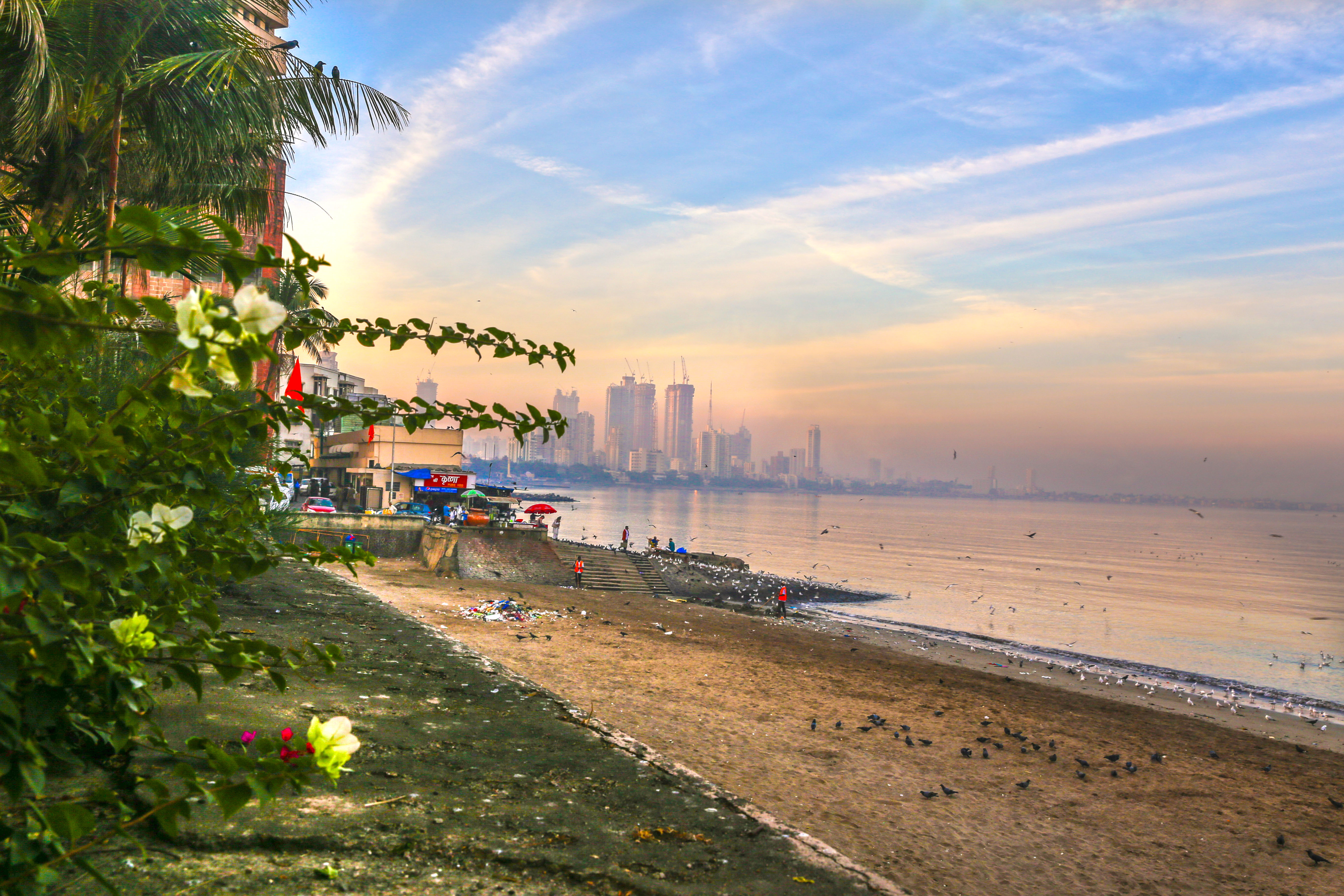 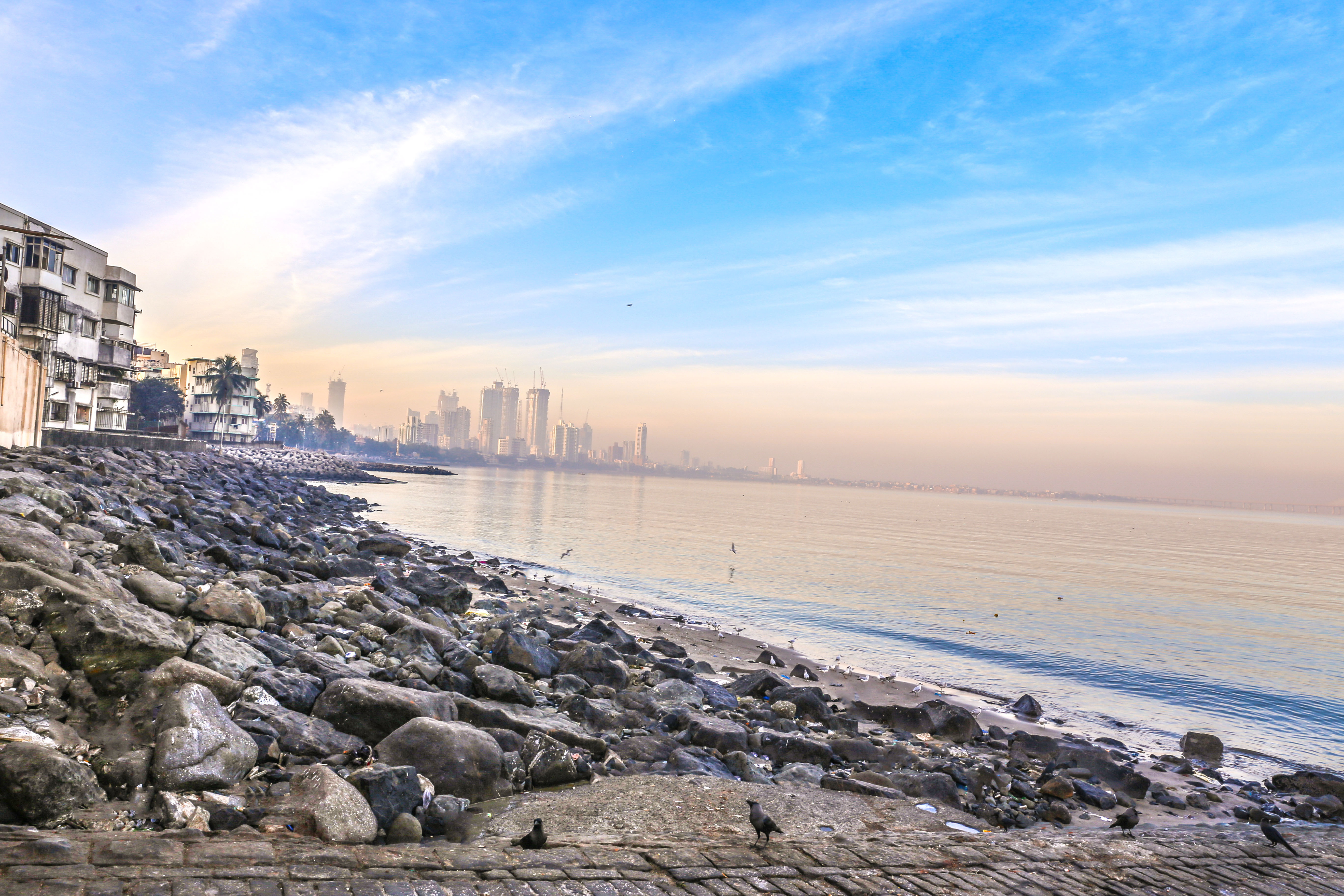 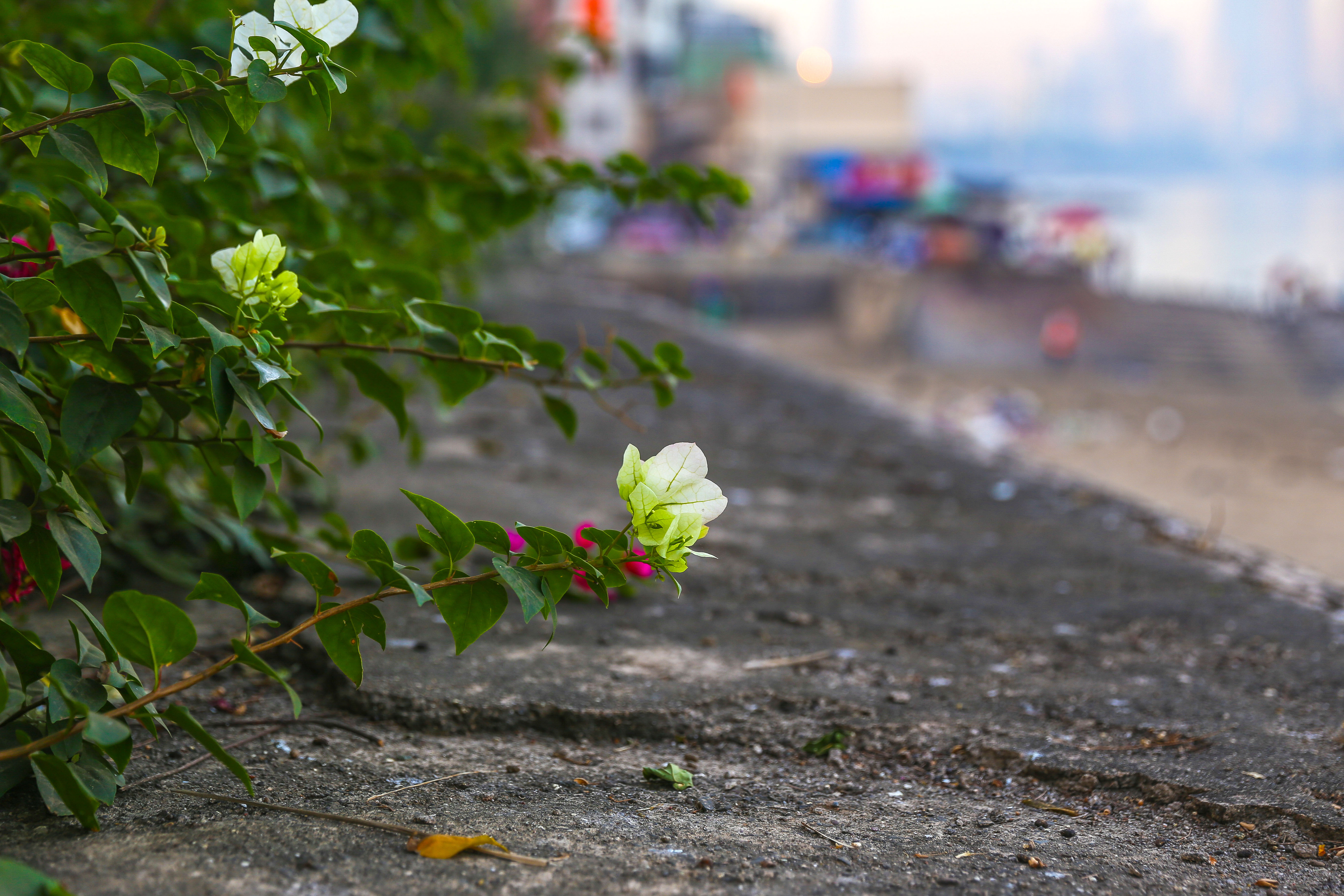 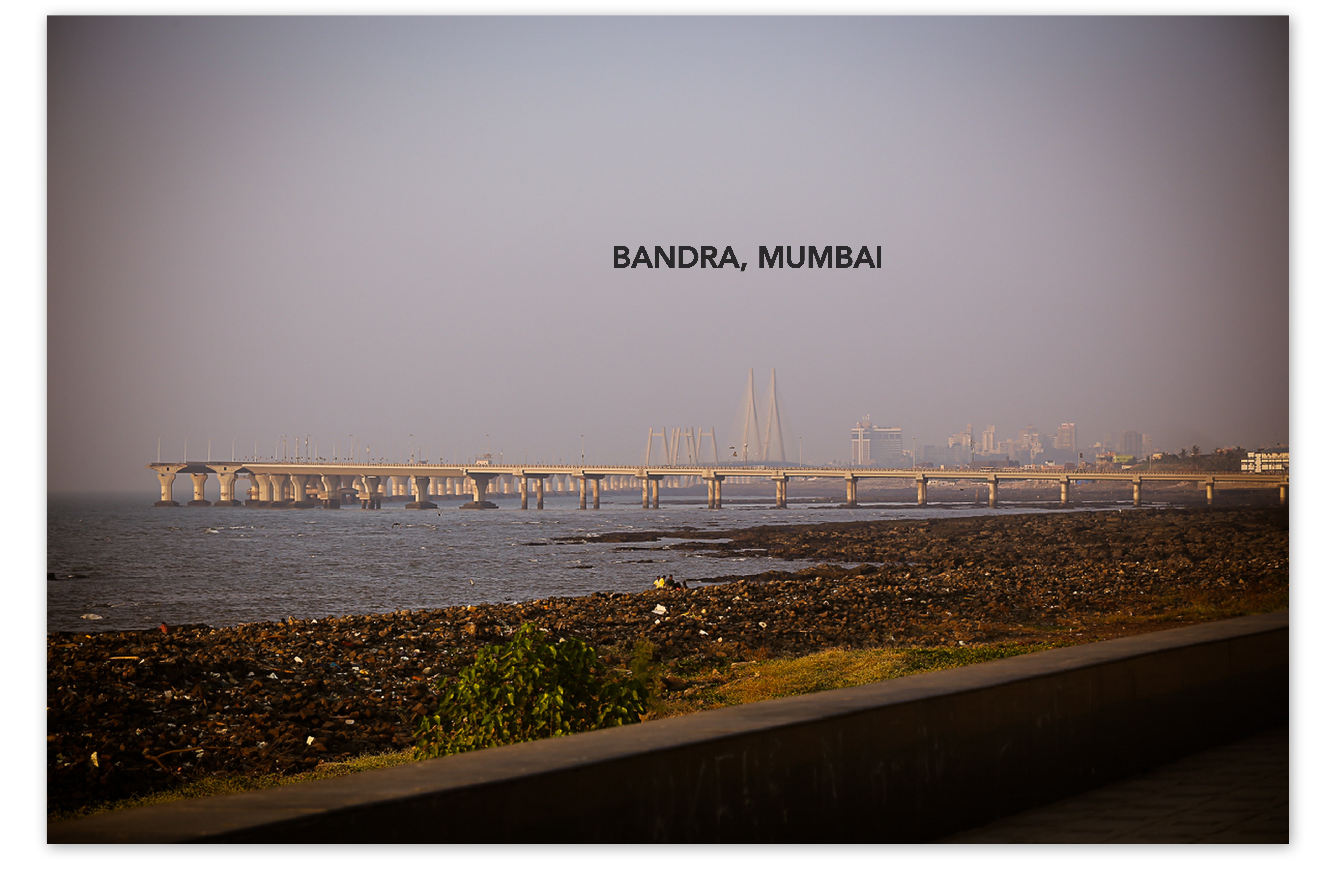 Bandra is a suburb located in West Mumbai, India. It has the sobriquet “Queen Of The Suburbs”

The suburb has a long seafront, with promenades located along Carter Road, Bandstand and Reclamation. Several Bollywood actors live along the Bandstand Promenade, Carter Road and in the Pali Hill areas. The population and culture of Bandra is quite cosmopolitan in nature. During the period of Portuguese and British colonization, it consisted of mostly Christians, but Bandra is now home also to sizeable Hindu, Parsi (Zoroastrians), and Muslim populations.

Bandra is home to numerous churches, including Mount Mary’s Basilica. Bandra is home to some amazing bakeries and restaurants which include Candies, HIghway Gomantak, Global fusion and BBQ Nation

Last but not the least the current highlight of Bandra is the Bandra-Worli Sealink. The Bandra–Worli Sea Link, officially called Rajiv Gandhi Sea Link, is a cable-stayed bridge with pre-stressed concrete-steel viaducts on either side that links Bandra in the Western Suburbs of Mumbai with Worli in South Mumbai.The bridge is a part of the proposed Western Freeway that will link the Western Suburbs to Nariman Point in Mumbai’s main business district. 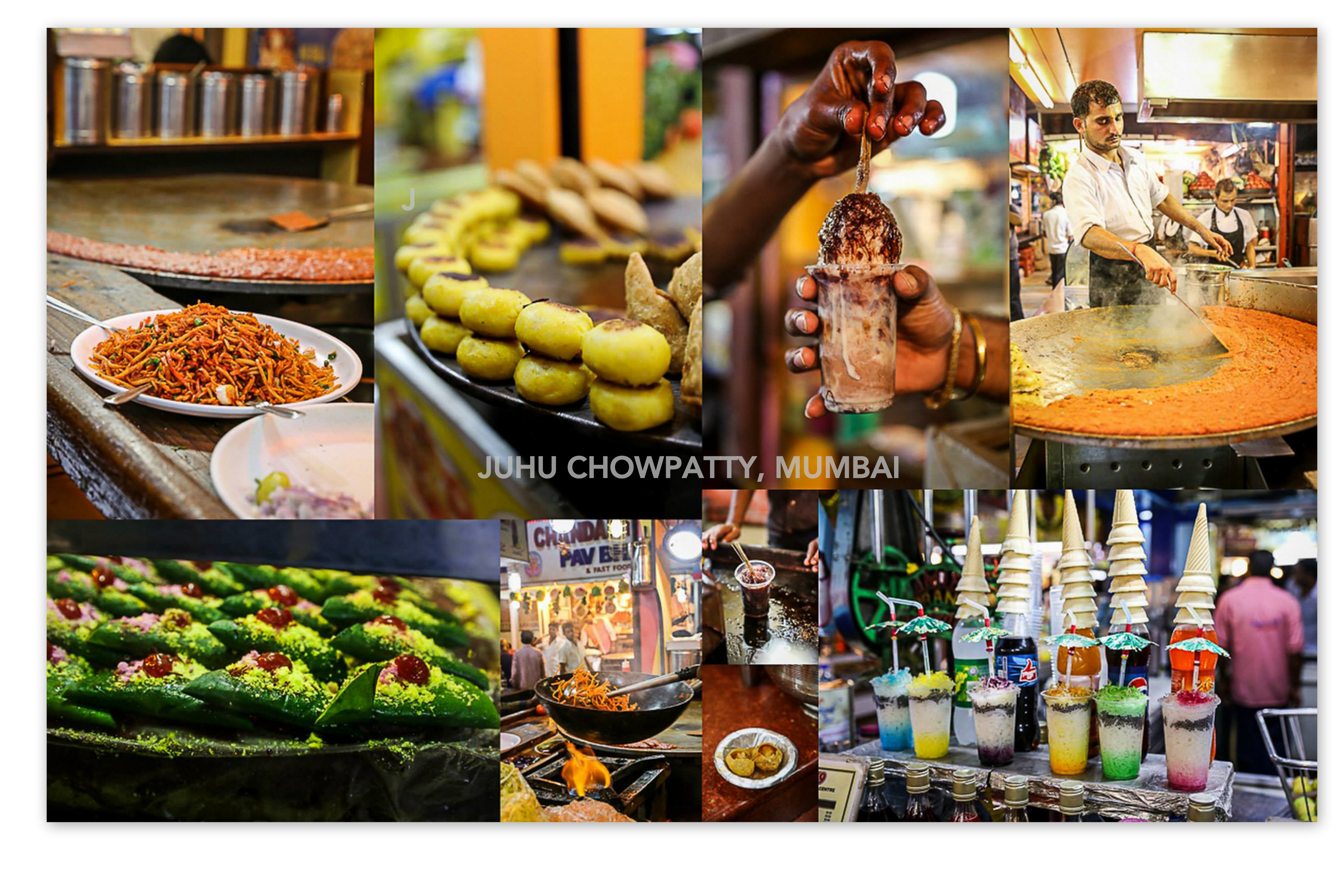 Juhu is a suburb of Mumbai. It is most famous for the sprawling Juhu beach.Juhu is among the most affluent areas of the city and home to many Bollywood celebrities

Juhu beach is located 18 kilometres north of the city centre on the shores of Arabian sea stretches for six kilometres right up to Versova. It is a popular tourist attraction throughout the year and is also a sought after destination for shooting films. The beach generally gets more crowded on weekends with families and courting couples.

The food court at its main entrance is famous for its ‘Mumbai style’ street food, notably bhelpuri, pani puri and shevpuri. Horse pulled carriages offer joyrides to tourists for a small fee while acrobats, dancing monkeys, cricket matches, toy sellers vie for tourist’s attention. The beach is among the most popular sites in the city for the annual Ganesh Chaturthi celebrations where thousands of devotees arrive in grand processions, carrying idols of the Lord Ganesh of various sizes, to be immersed in the water at the beach, and unfortunatelly, beach become very dirty. Juhu Beach is also a popular spot for planespotting as it is right underneath a departure flight path for Mumbai Airport.