Murukku is a South Indian snack of savory crunchy twists made from rice and urad dal flour. Murukku means twisted in the Tamil language. The town of Manapparai in Tamil Nadu is particularly known for its murukku.Murukku is made in many varieties as a traditional treat for festivals such as Diwali and Krishna Janmashtami. Murukku are often served on special occasions within Iyer (Tamil Brahmin) families. 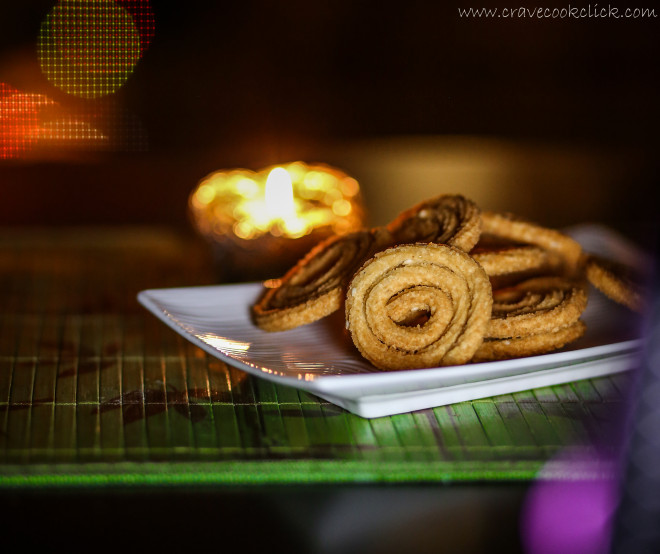 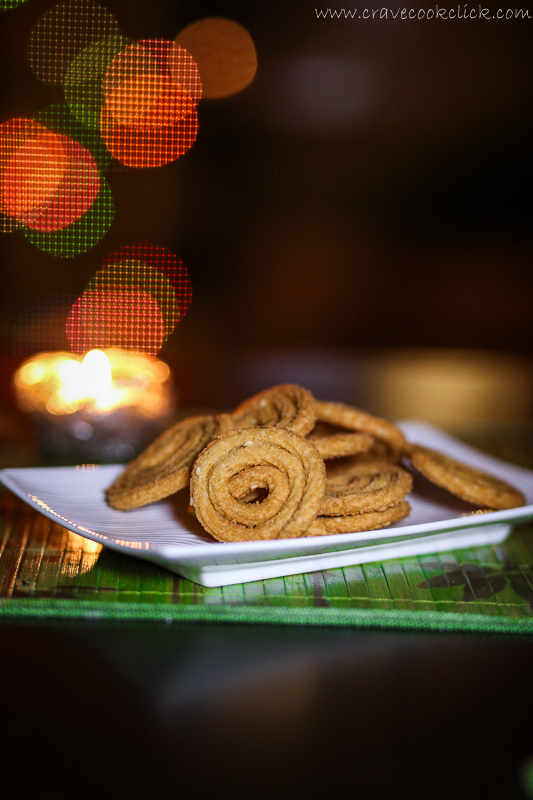 Mix and sieve all the flours (rice flour, urad dal flour, moong dal flour, gram flour) in one bowl. Add all the spices and oil to it and mix well with hands. Now knead the mixture with little water to make a smooth dough. Leave the dough covered for 20 minutes. Dough to make chakali is ready.

Take a portion of dough and roll it into a long roll. Now put this roll into the chakali maker and close it. Spread a polythene sheet on the shelf or the kitchen top and press thec hakali maker from the top revolving it in circular motion so that the mixture falls on the sheet making a chakali. Prepare 4-5 chakali on the polythene sheet.

Heat oil in a pan. Pick the chakali from the sheet in a way that it does not break or lose its shape. Put them in the pan and fry on a low or medium flame. Fry 5-6 chakalis at one time until they turn brown and crispy. Take them out on a plate and prepare more chakalis with the remaining dough in the same manner.

Rice Chakali is ready. Serve them instant or store in an air-tight container to consume it later on at tea time. These can be consumed for over 2 months 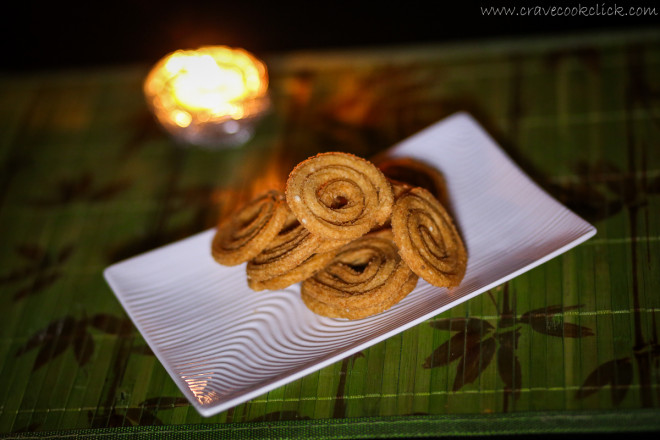 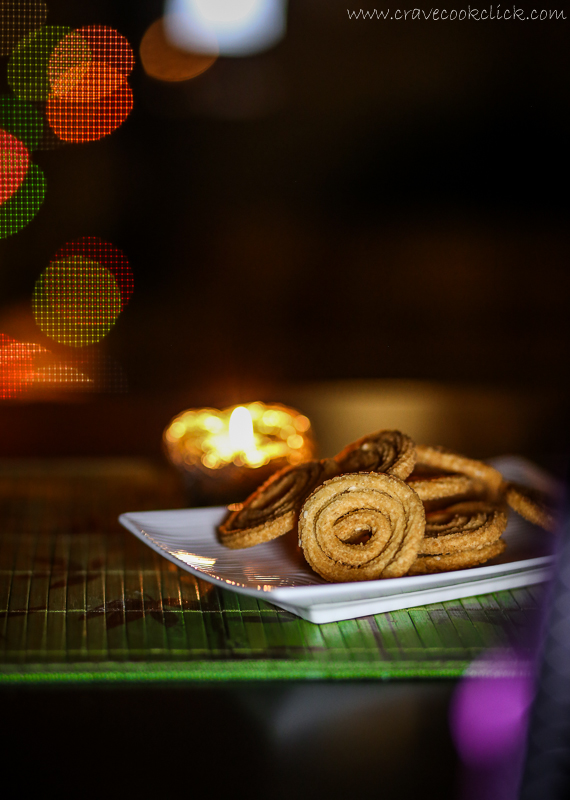 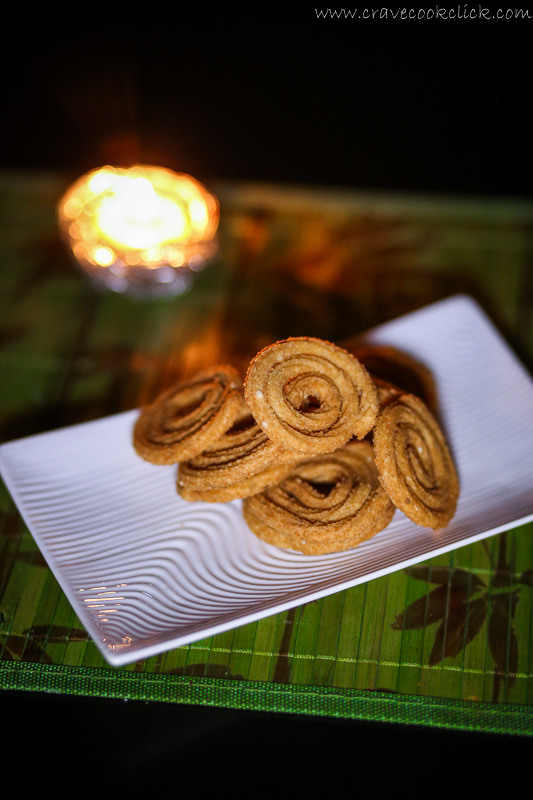 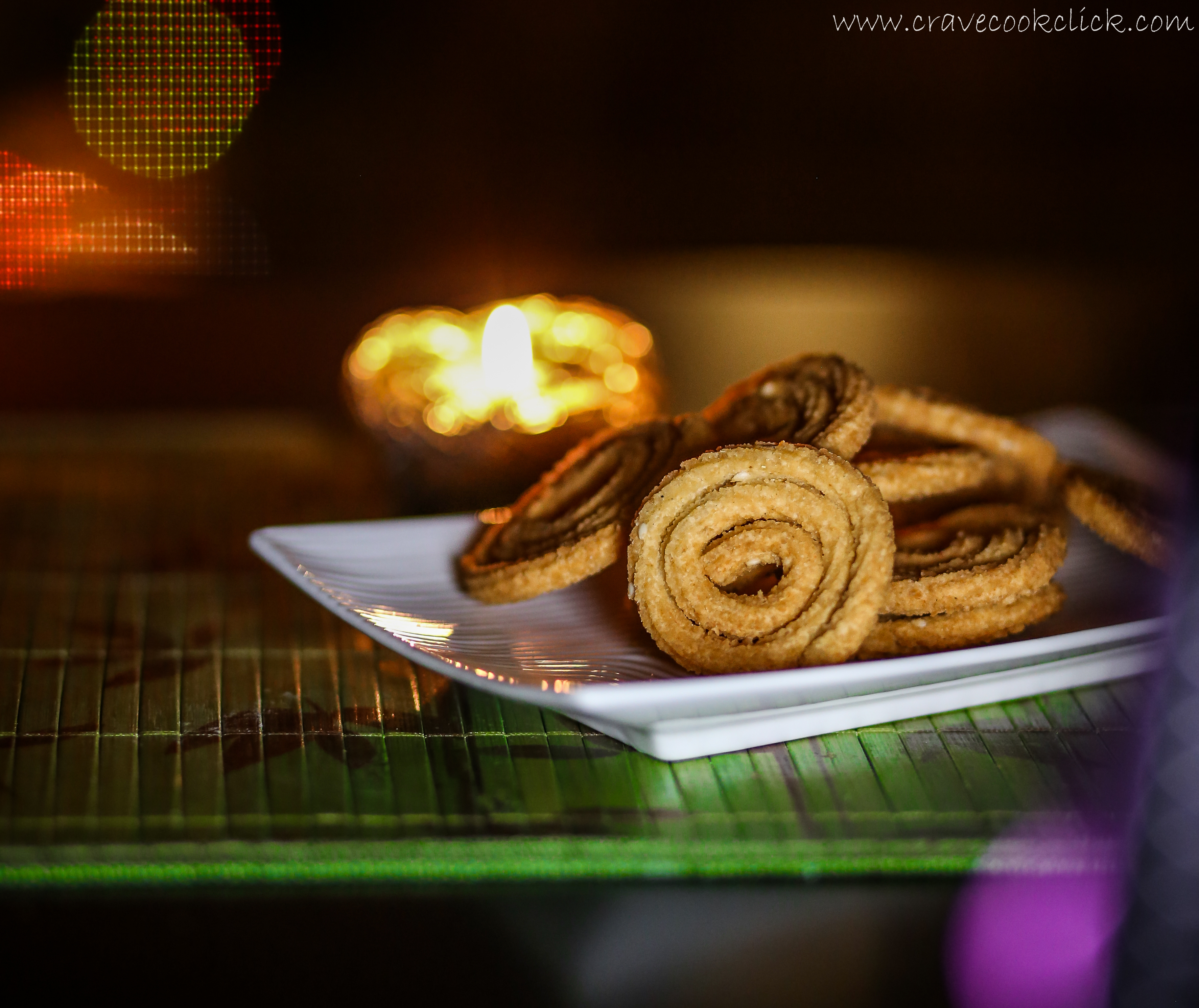