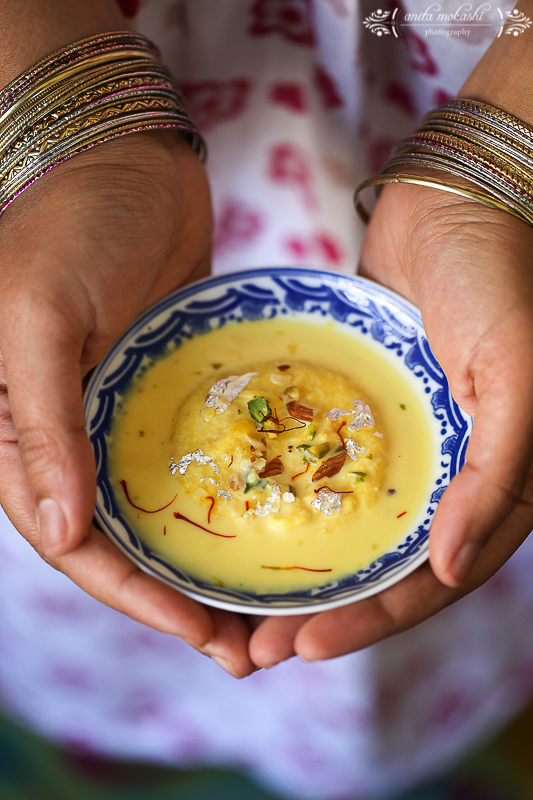 Rasmalai or Rosh Malai is a dessert eaten in Pakistan, India and Bangladesh. The name Rasmalai comes from two parts in Urdu: “Ras” meaning “juice/juicy” and “Malai”, meaning “cream”. It has been described “as a rich cheesecake without a crust. 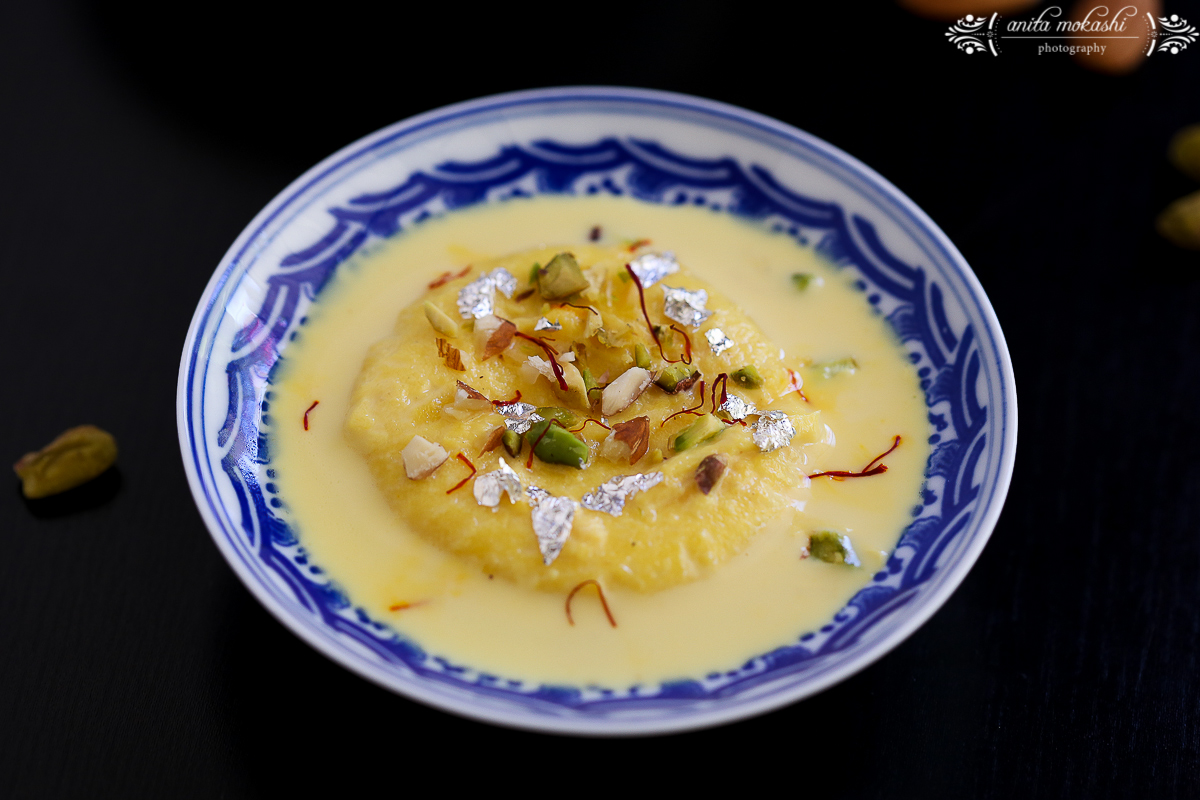 Rasmalai is believed to have originated in Odisha. It is one of the most famous desserts in that region and is likely based on the rasgulla, which is a close variation. 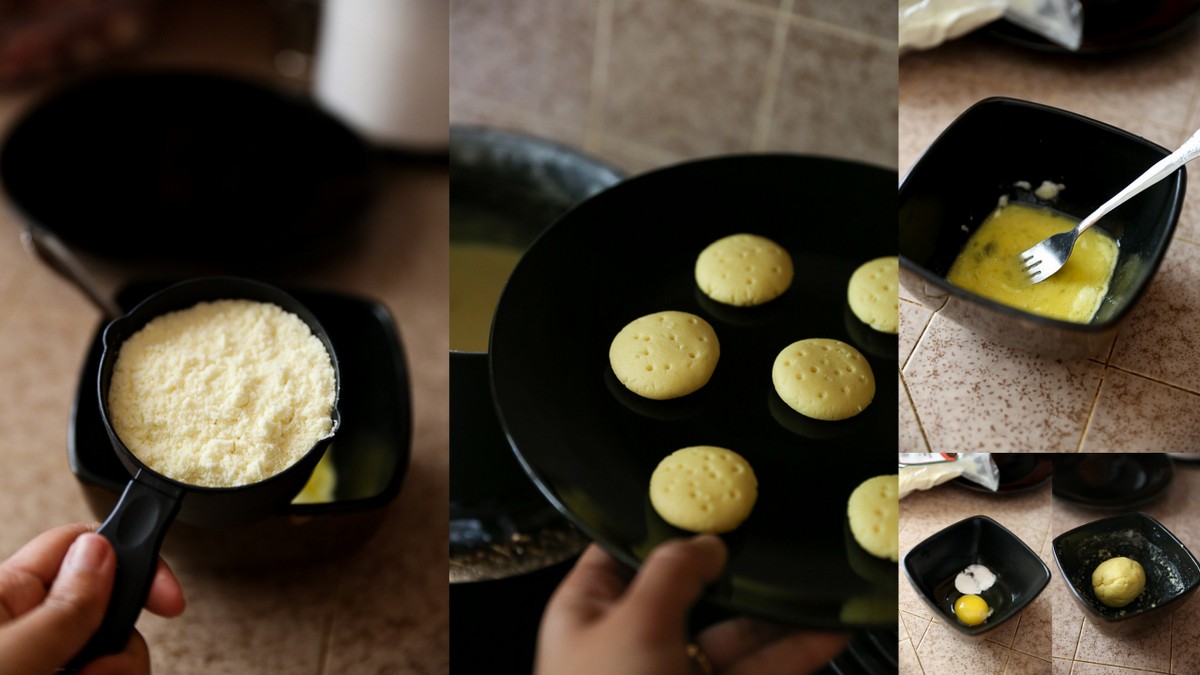 In a bowl break the egg, add the baking powder and mix it well. Now add the milk powder and mix again to make a dough. Make small balls and flatten them slightly.

Meanwhile boil the milk with sugar. When it starts boiling add cardamom powder and the saffron strands. Now add the balls to the milk and let it cook for 7-8 minutes till the balls swell up. Remove from heat . 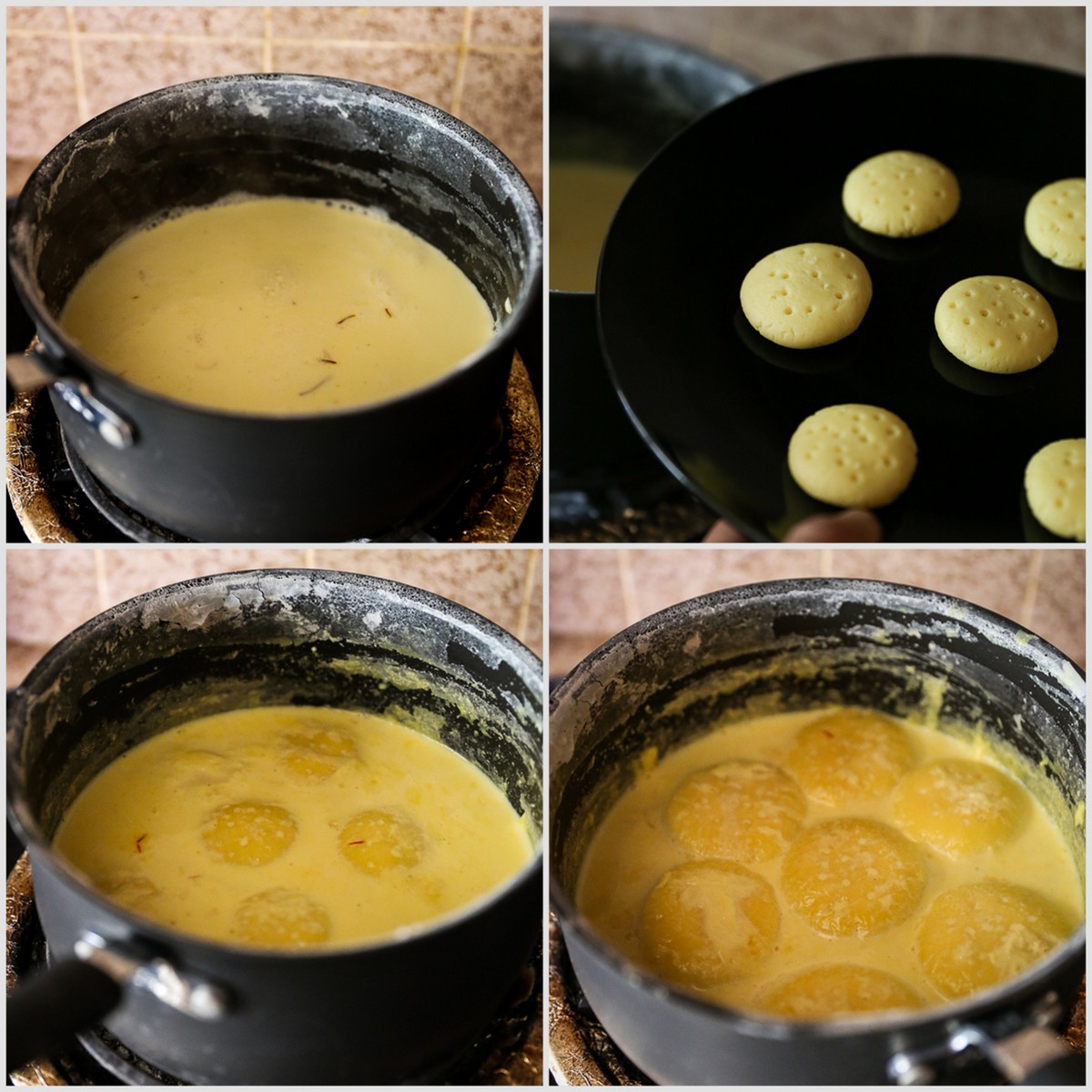 Serve it chilled. Garnish it with chopped pistachios before serving. 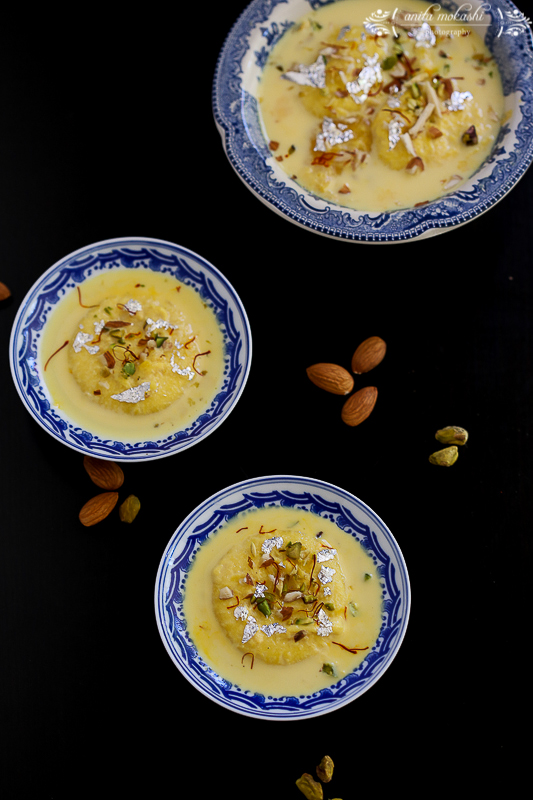 Oil your hands before making the balls. By using oil on your hands, you can make the balls smooth and also the mixture won’t stick to your hand.

Before adding the balls to the milk, make small holes on the balls using a toothpick while they are on the plate.

Make all the balls and keep them on a plate and put them in the milk at a time. Don’t try to make them one by one and dropping them in milk.

Use a big pan for boiling the milk, because when the balls swell up they need more space. 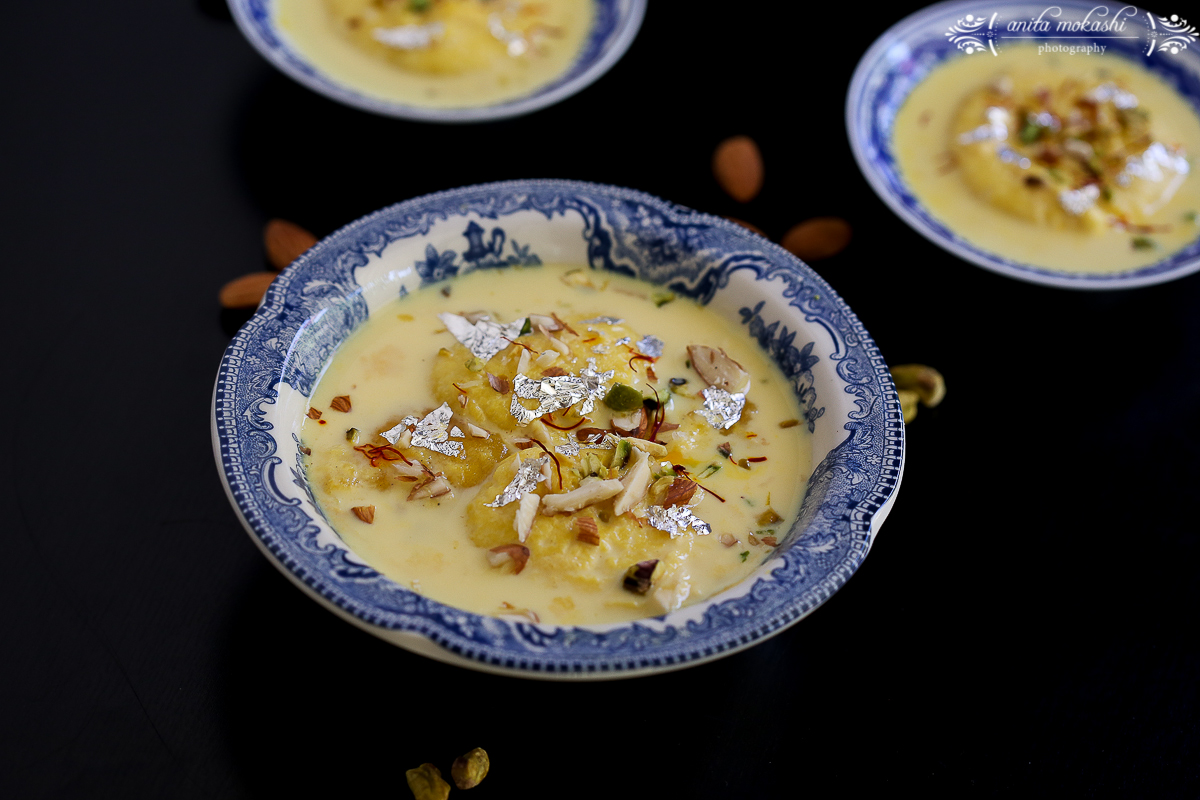 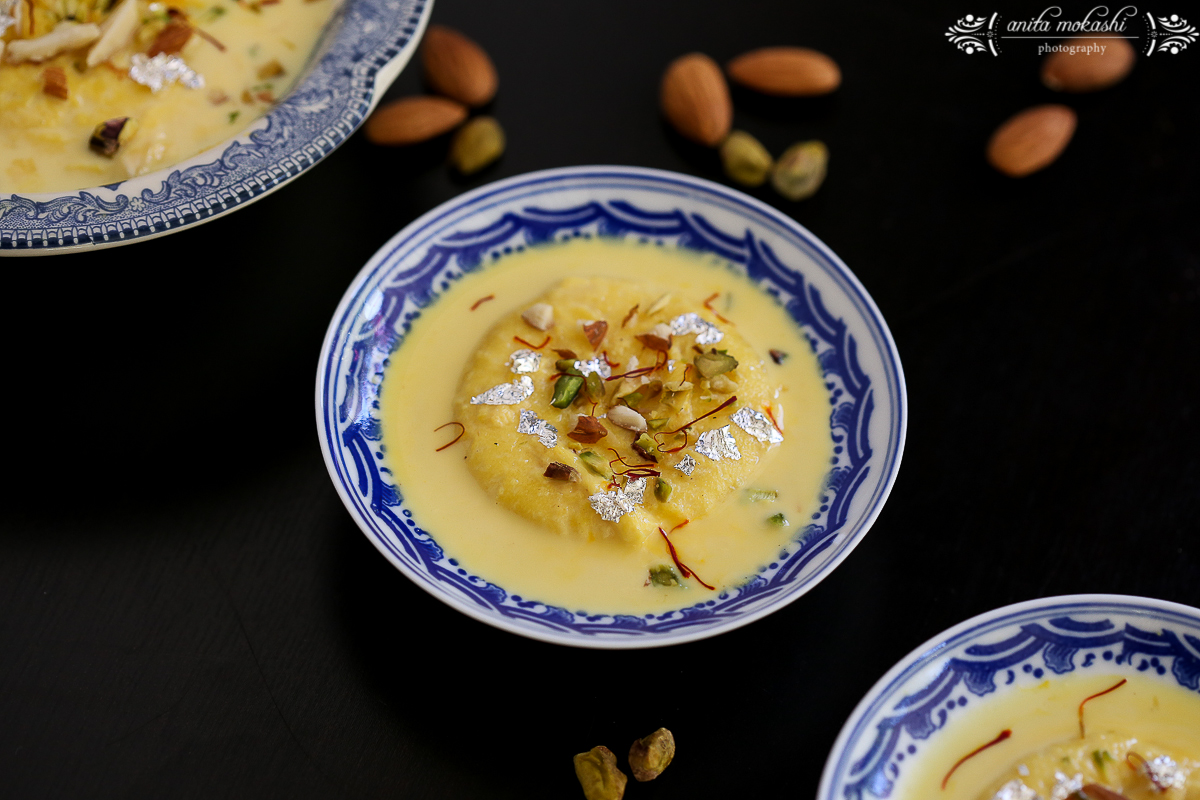 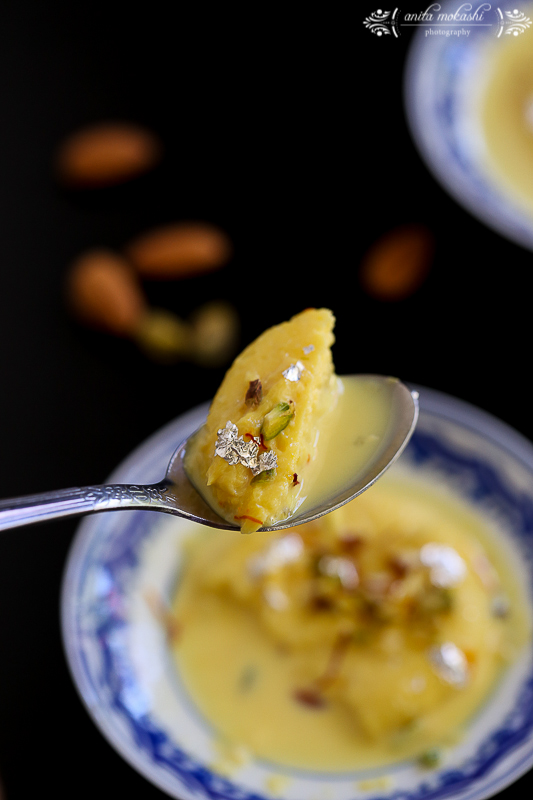 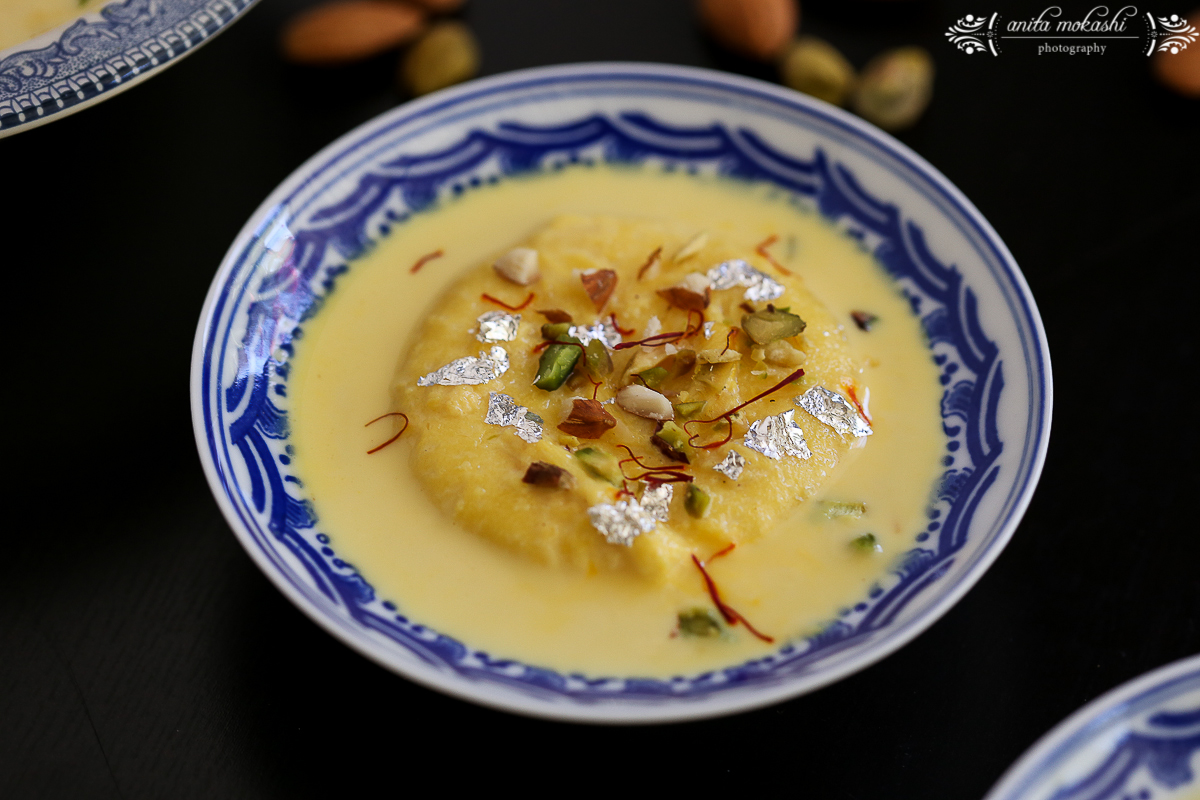 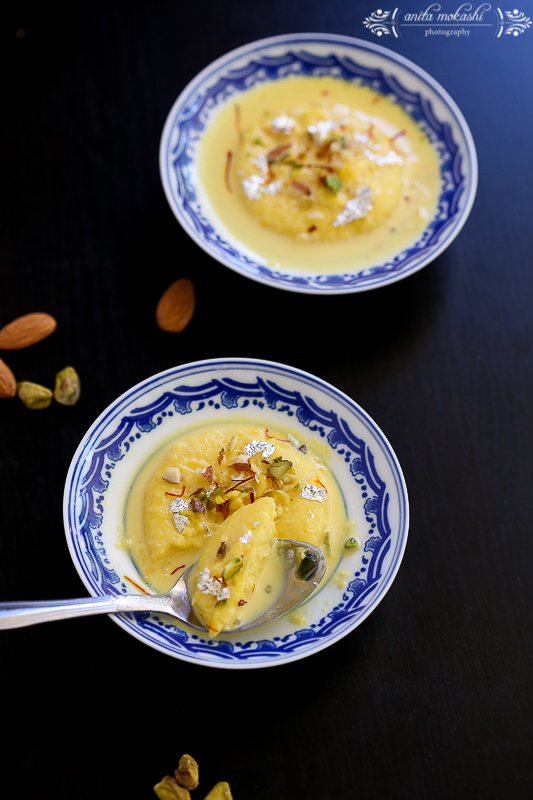 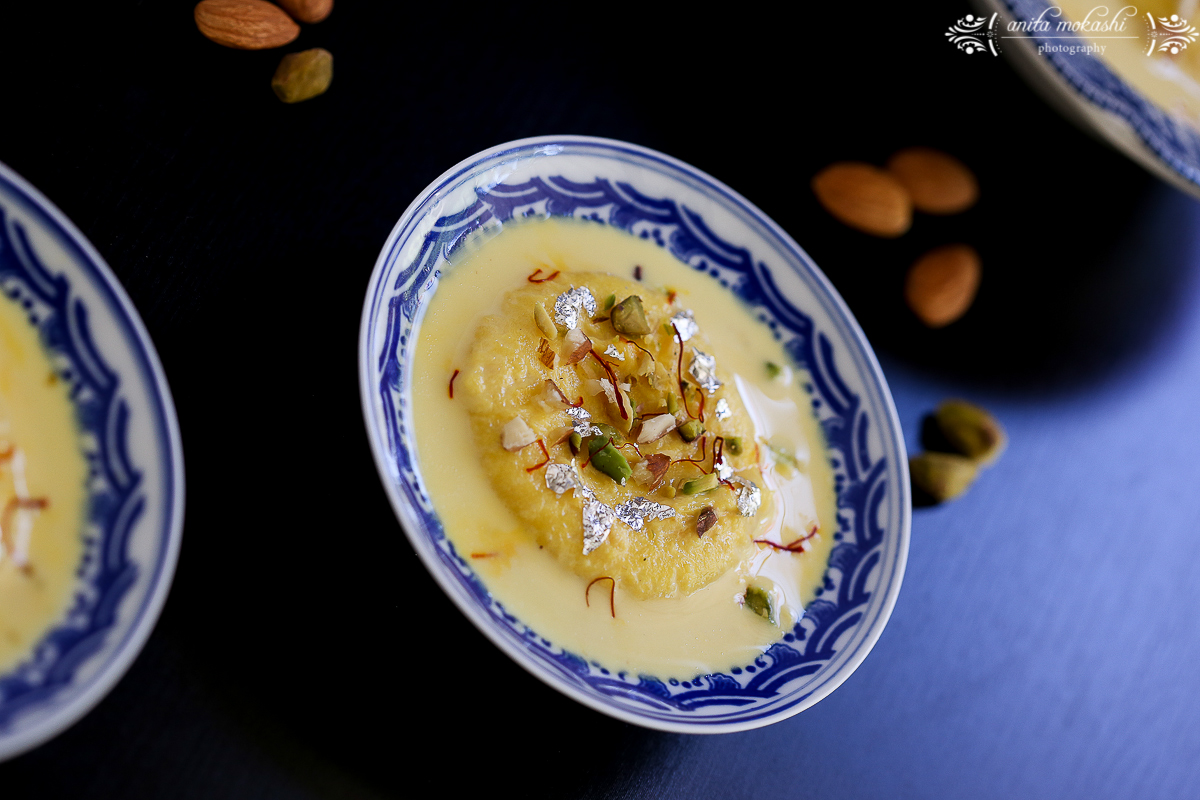 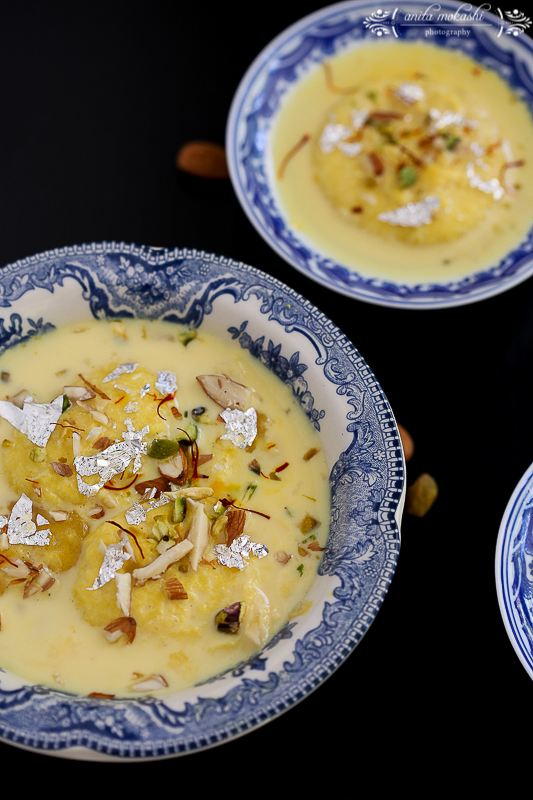 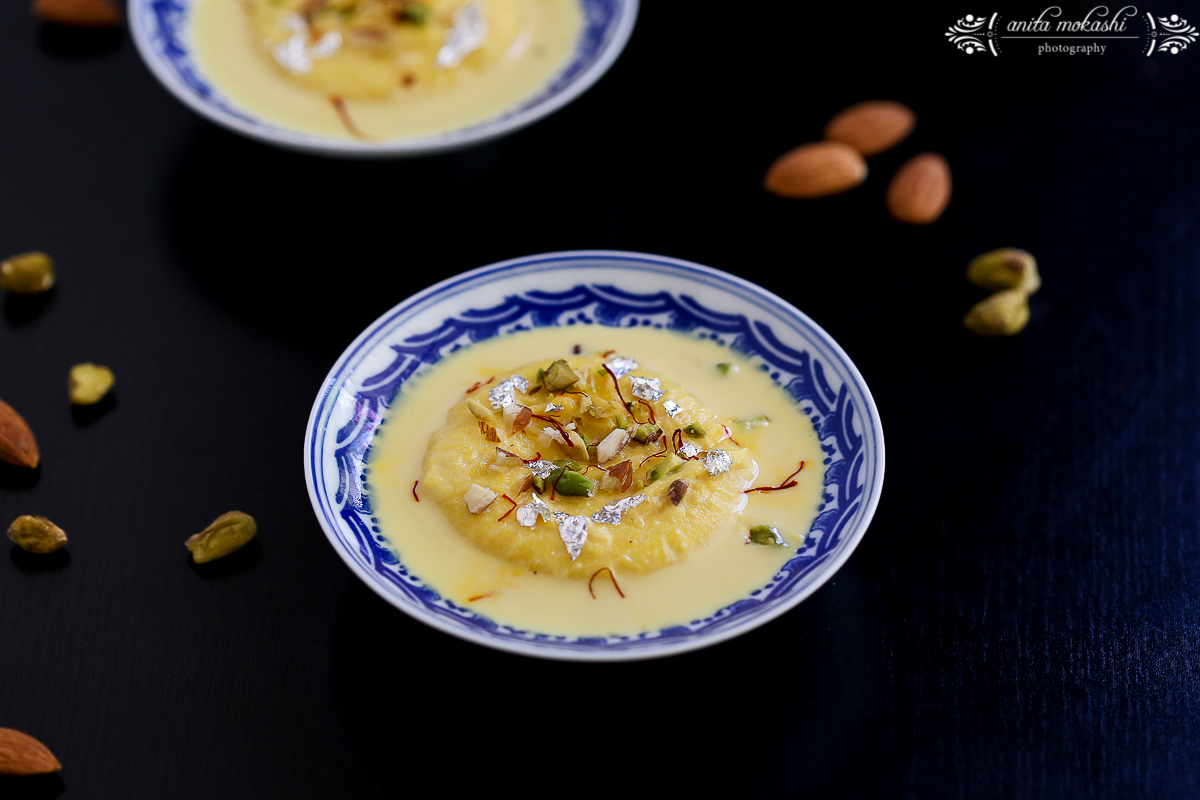 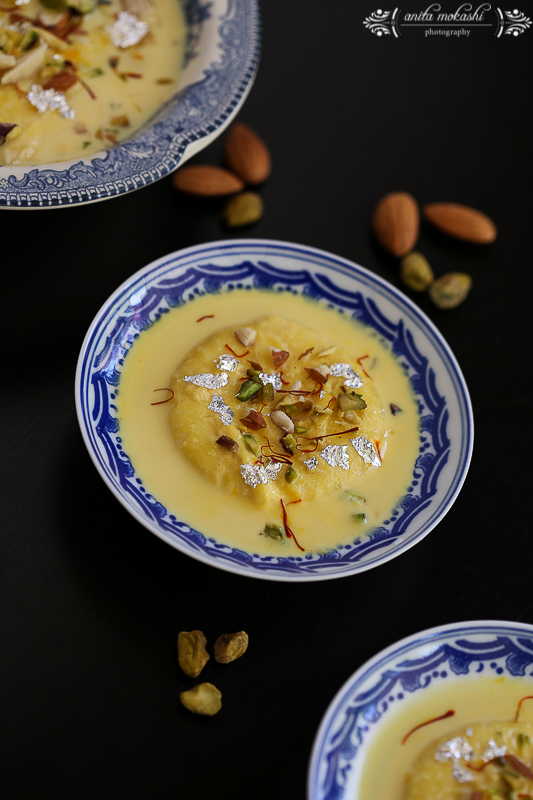 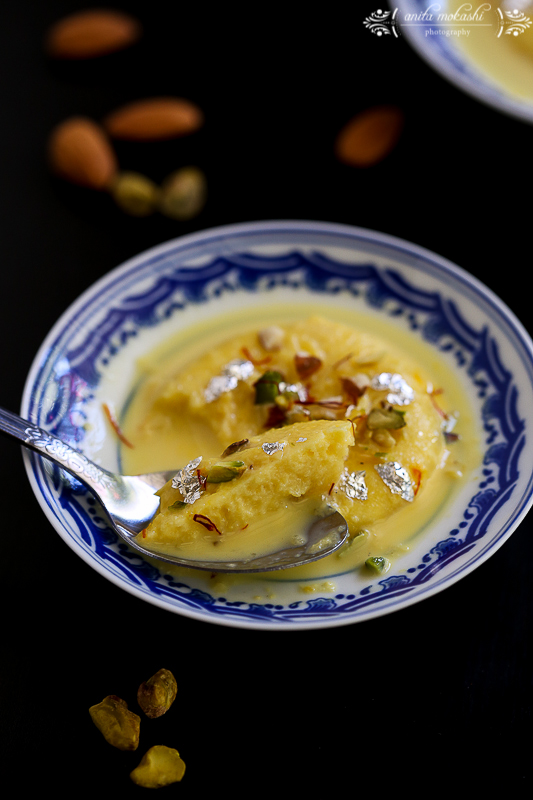 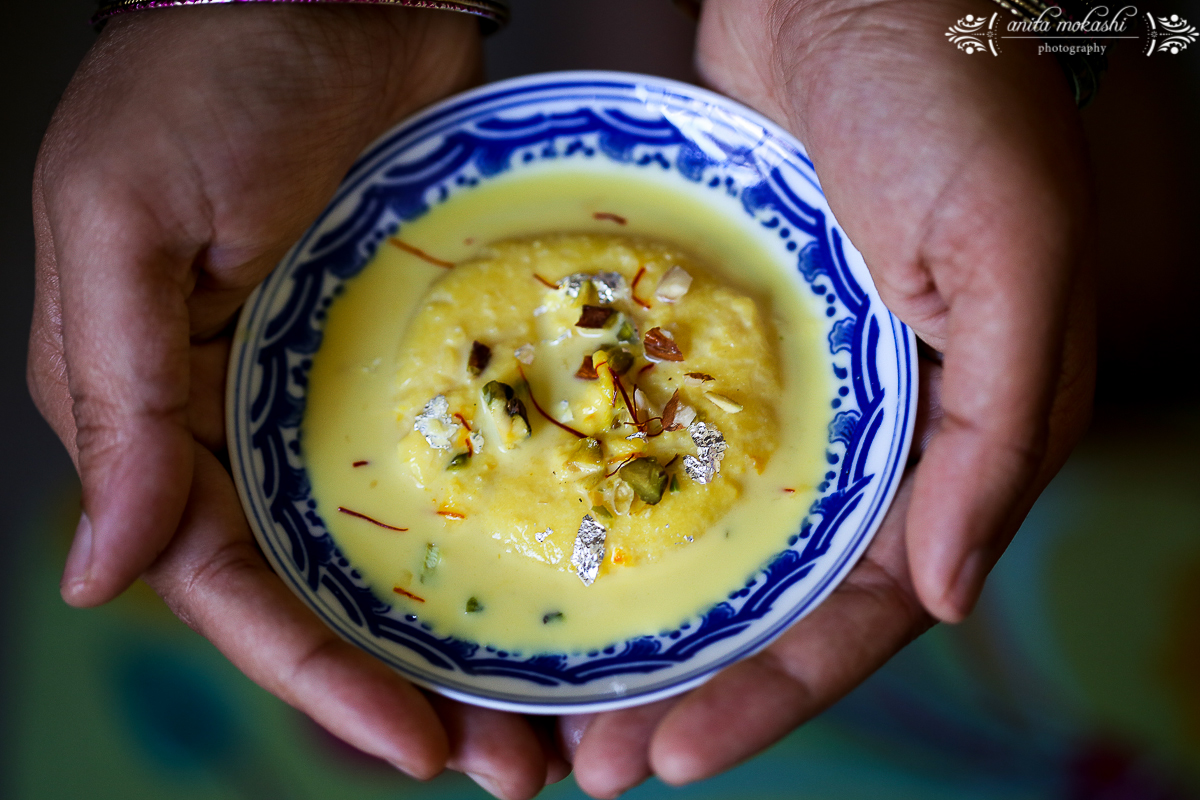 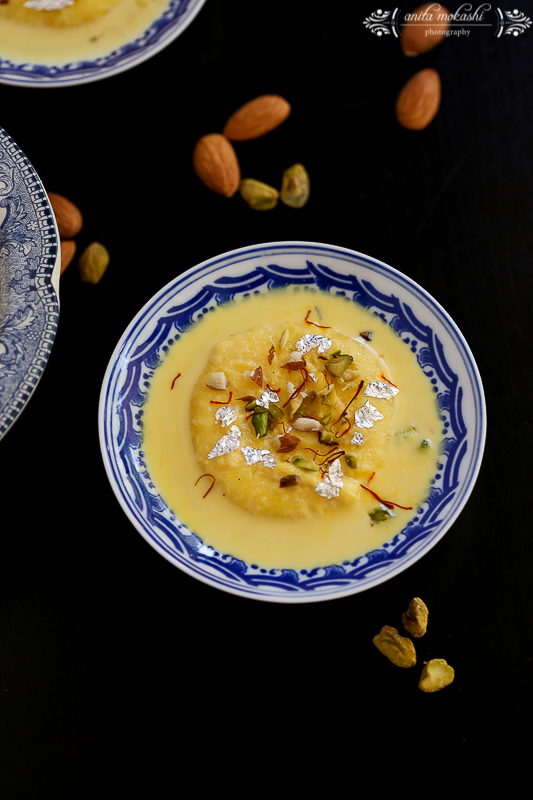 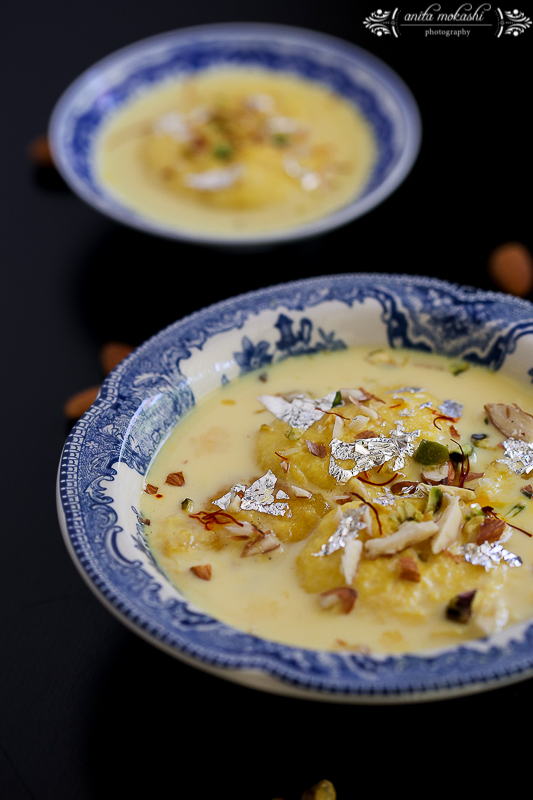 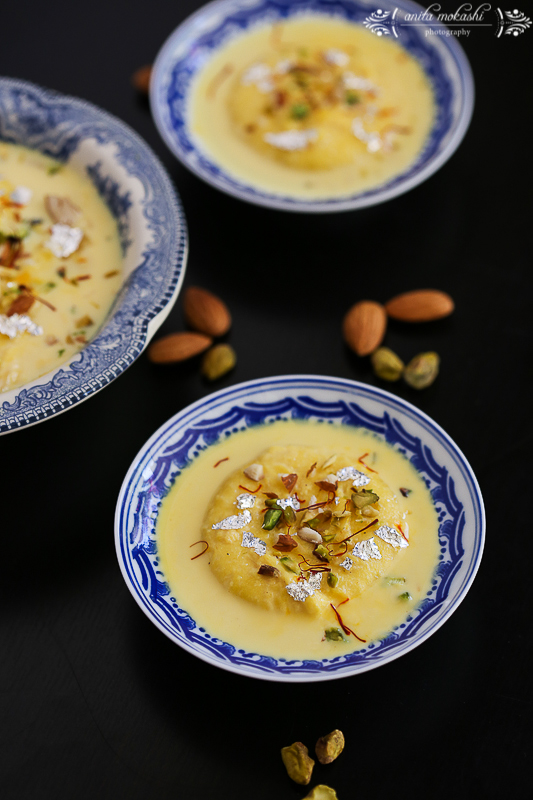 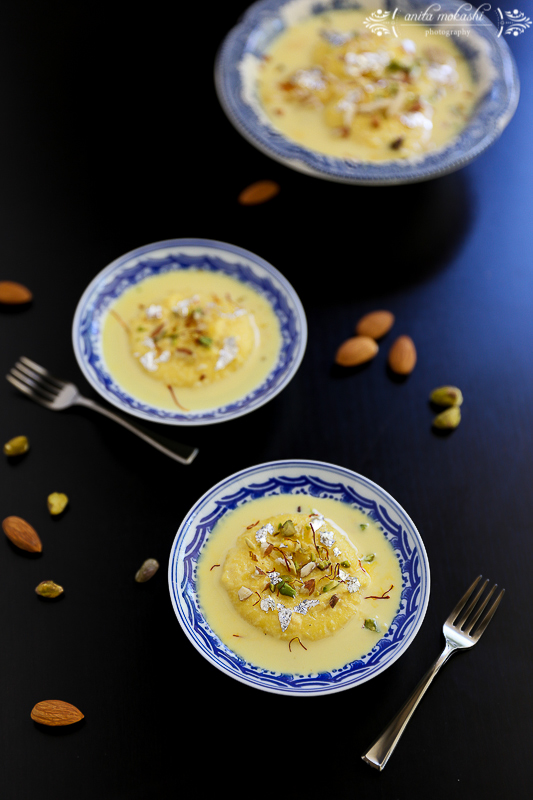 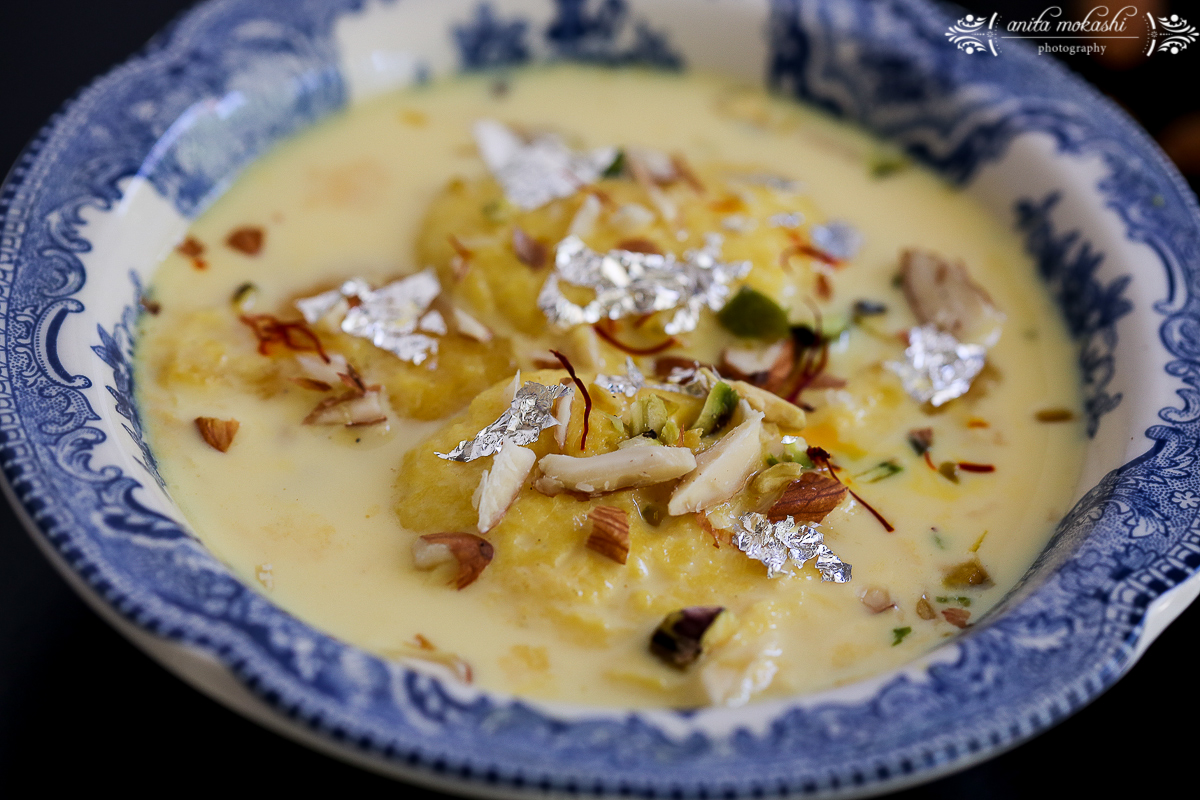 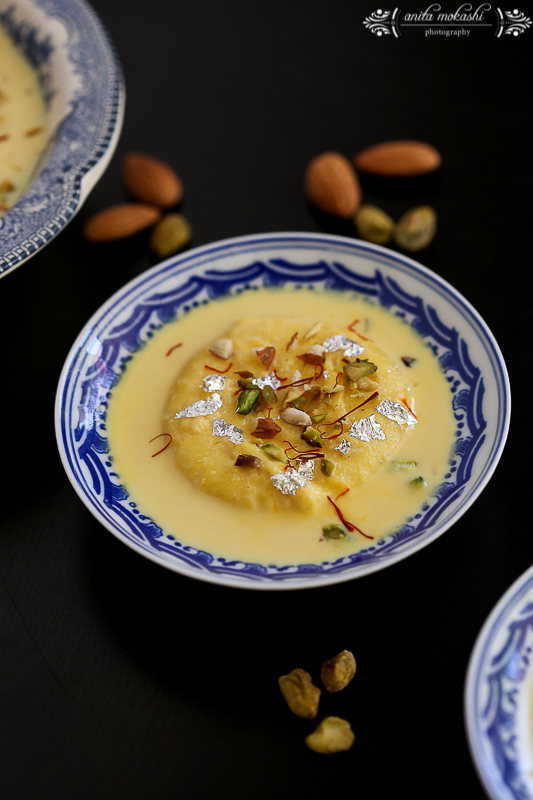 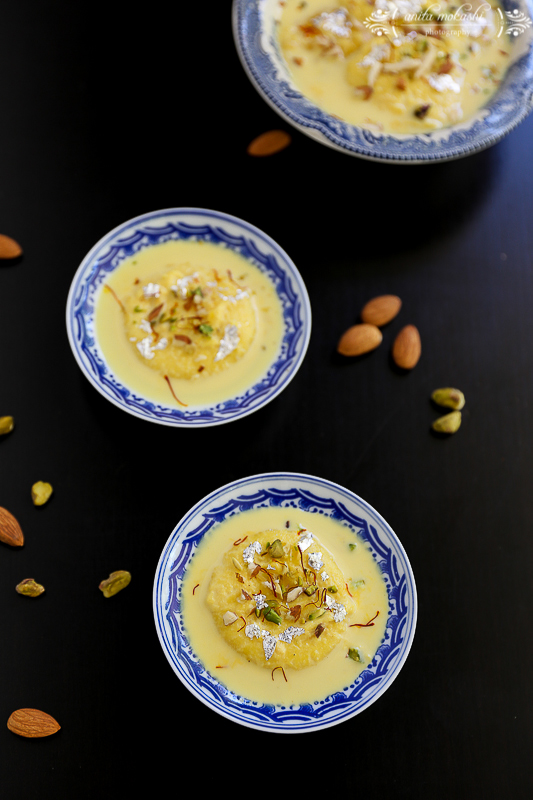