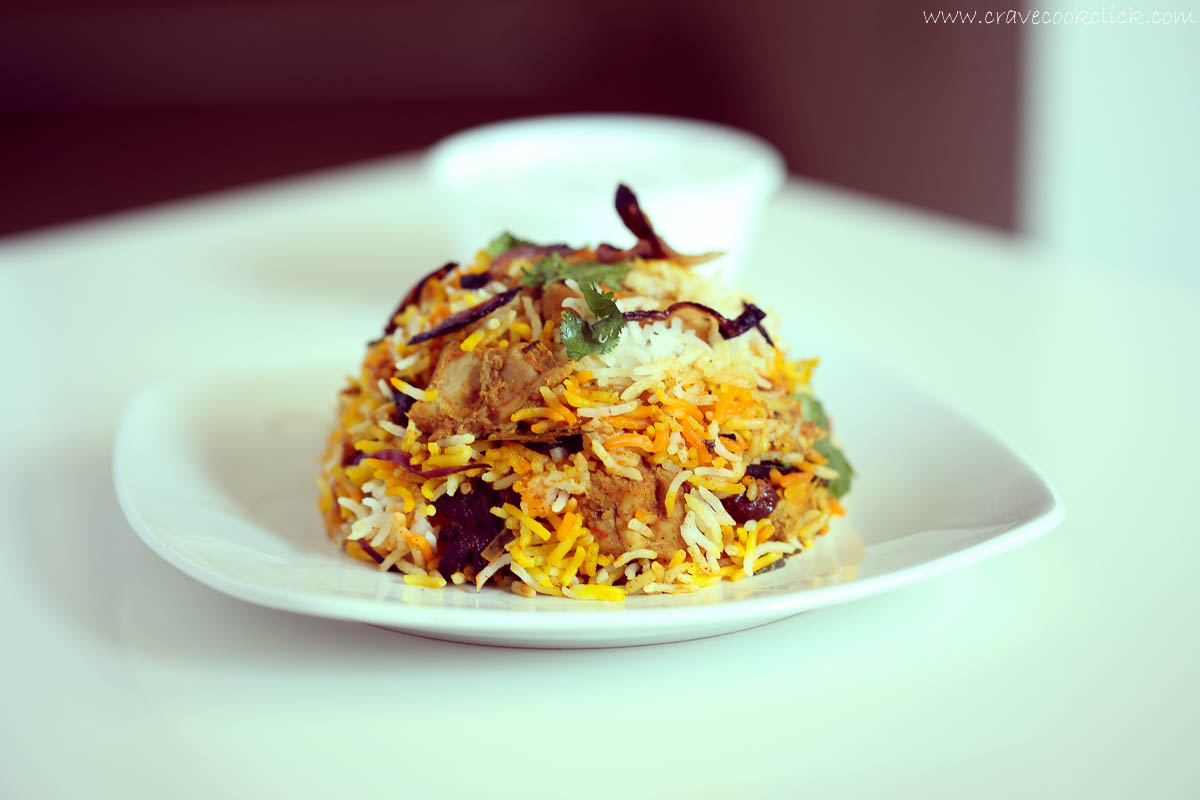 Biryani is rice based dish made with chicken and Indian spices. The name Biryani is derived from the Persian word beryā(n) which means “fried” or “roasted”. Biryani was believed to have been invented in the kitchen of Mughal Emperors. It is very popular in the Indian subcontinent and is a key element of the South Asian cuisine. Hyderabad, Malabar, Delhi/Agra, Dhaka, Kashmir, Kolkata, Lucknow and Lahore, are the main centres of biryani cuisine. 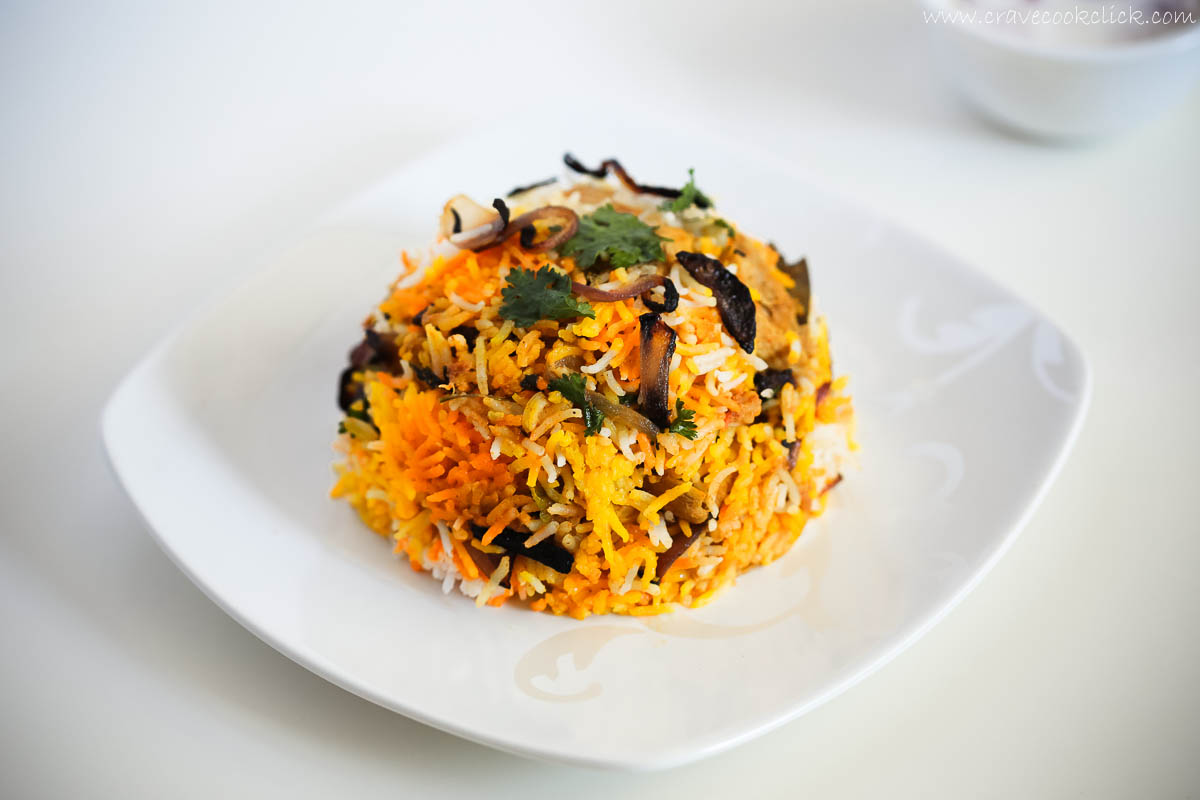 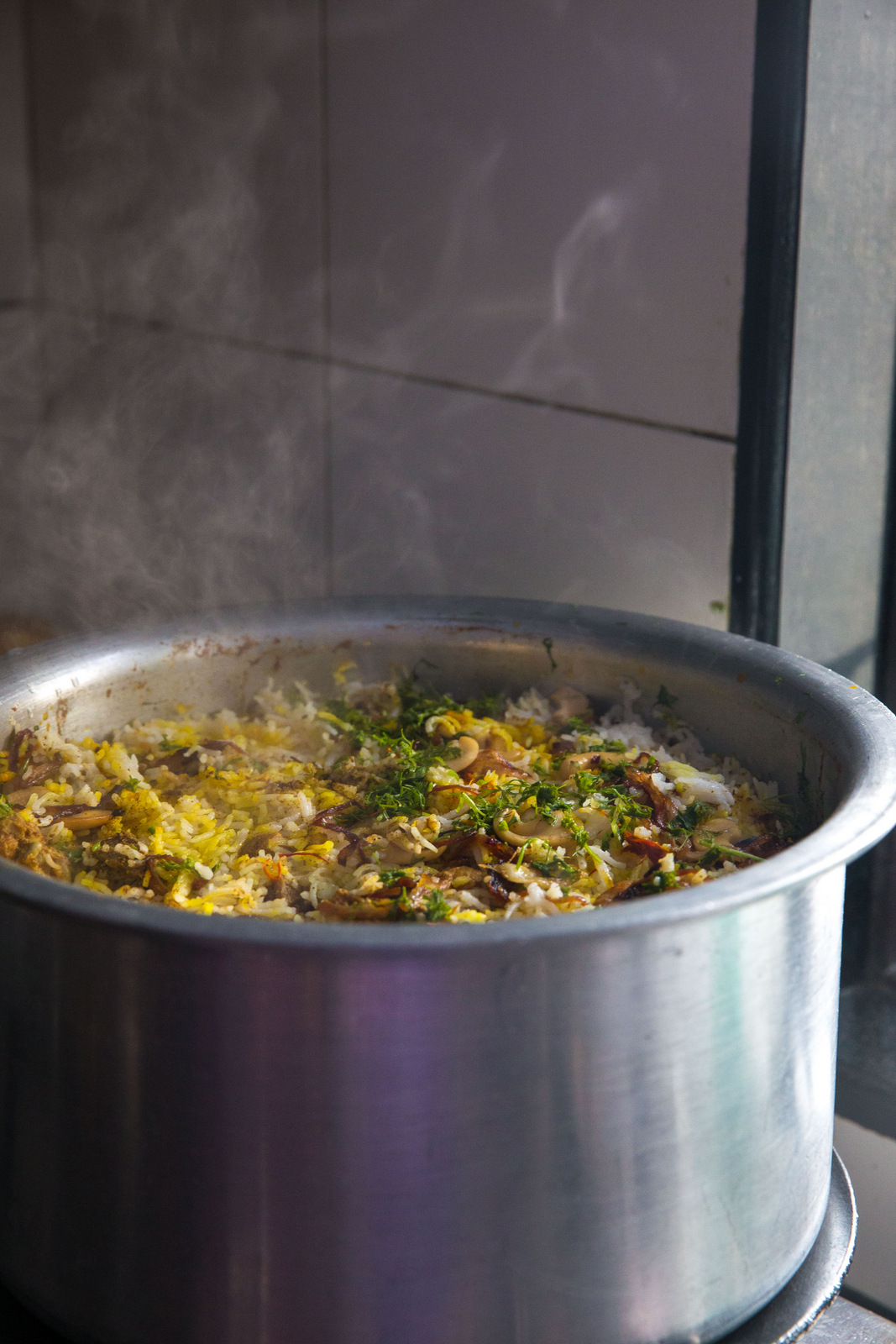 Salt as per taste.

Cook rice and keep it aside.

Add the coriander and mint leaves.

For layering of biryani:

Brush ghee in the pressure cooker, add one layer of cooked rice, few drops of saffron water, 1 tbsp of ghee, fried onions & nuts and spread the chicken on top of it. Similarly repeat this procedure until all the rice and gravy is used. Steam the biryani without whistle for 20 mins.

Serve it hot with dahi raita. 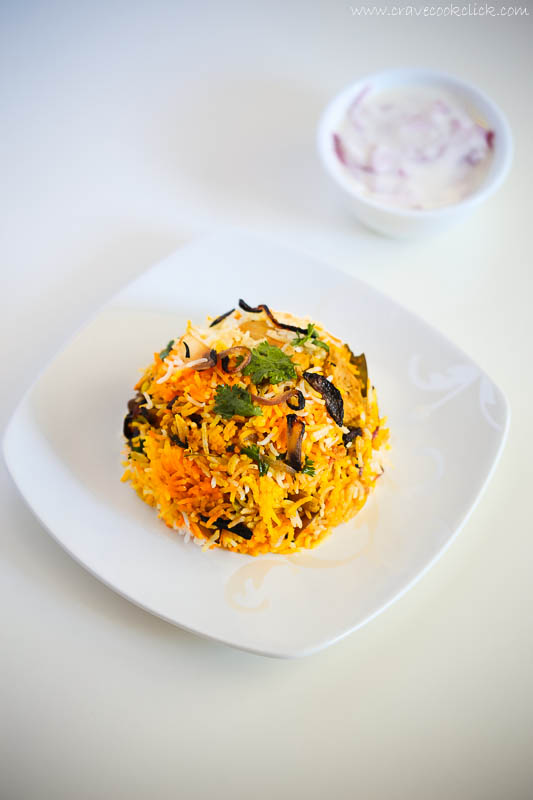 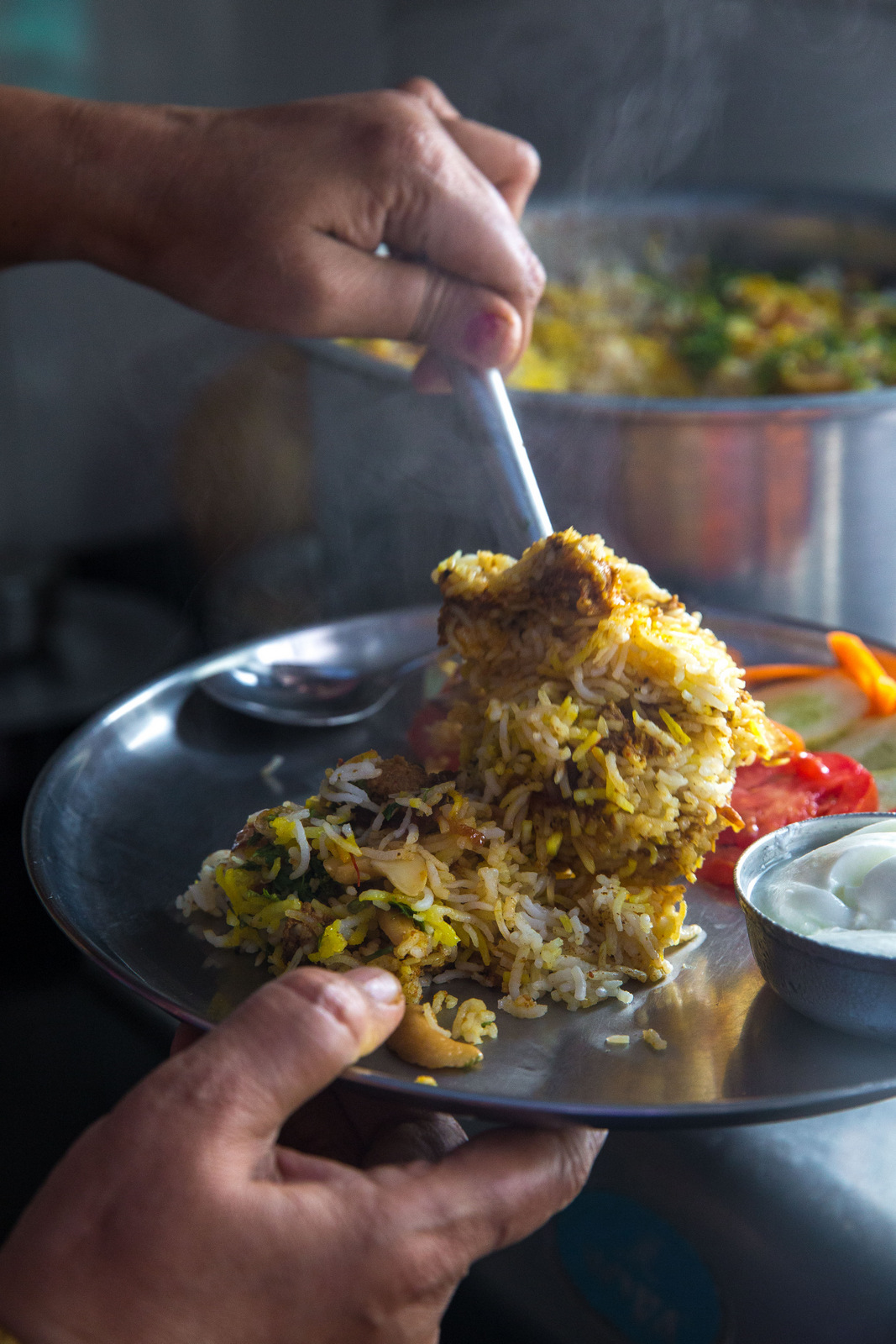 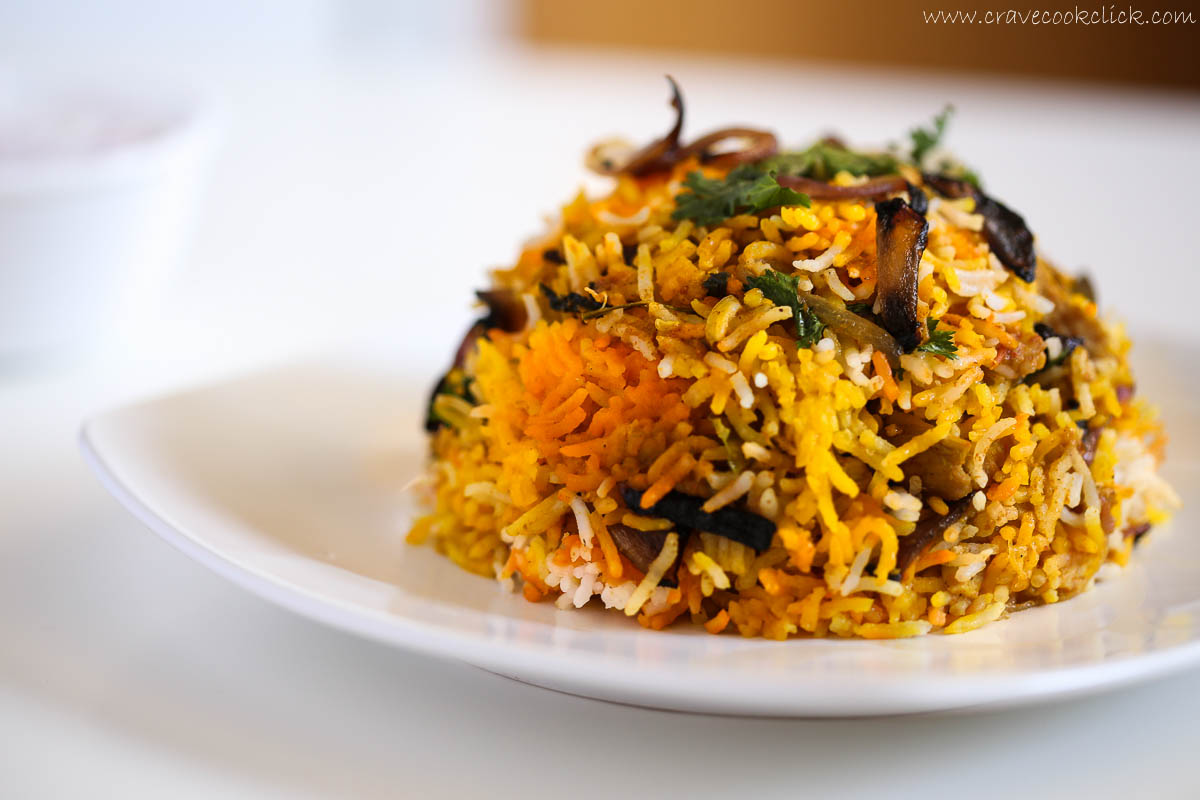 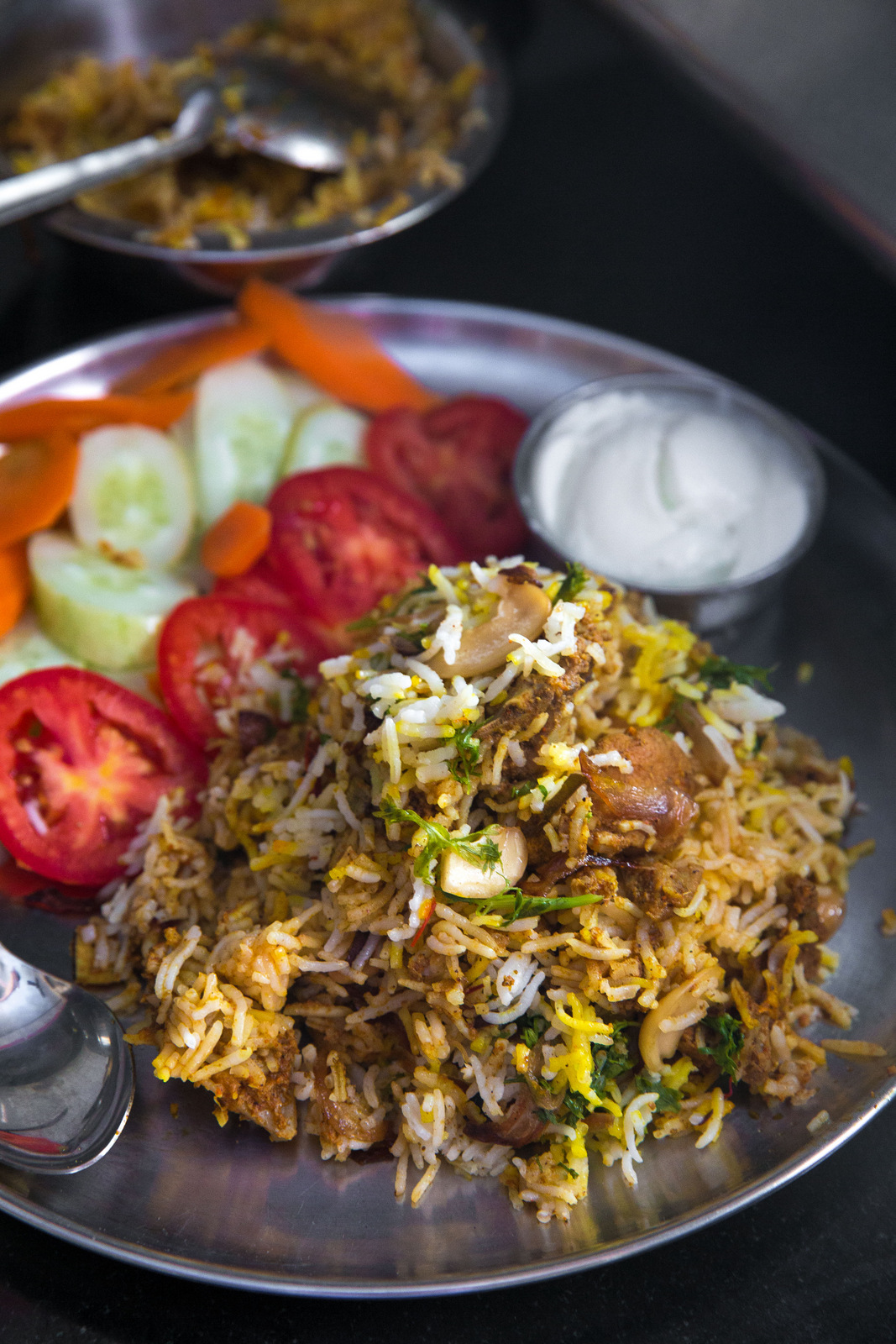 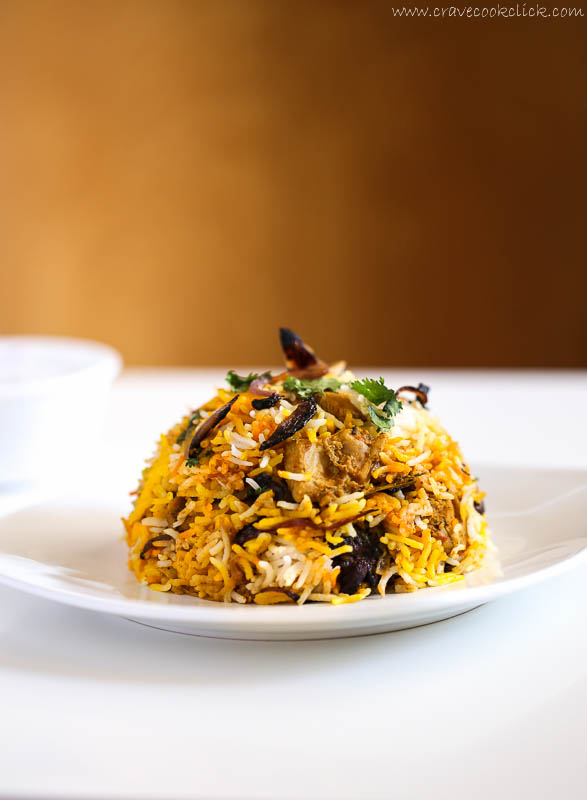 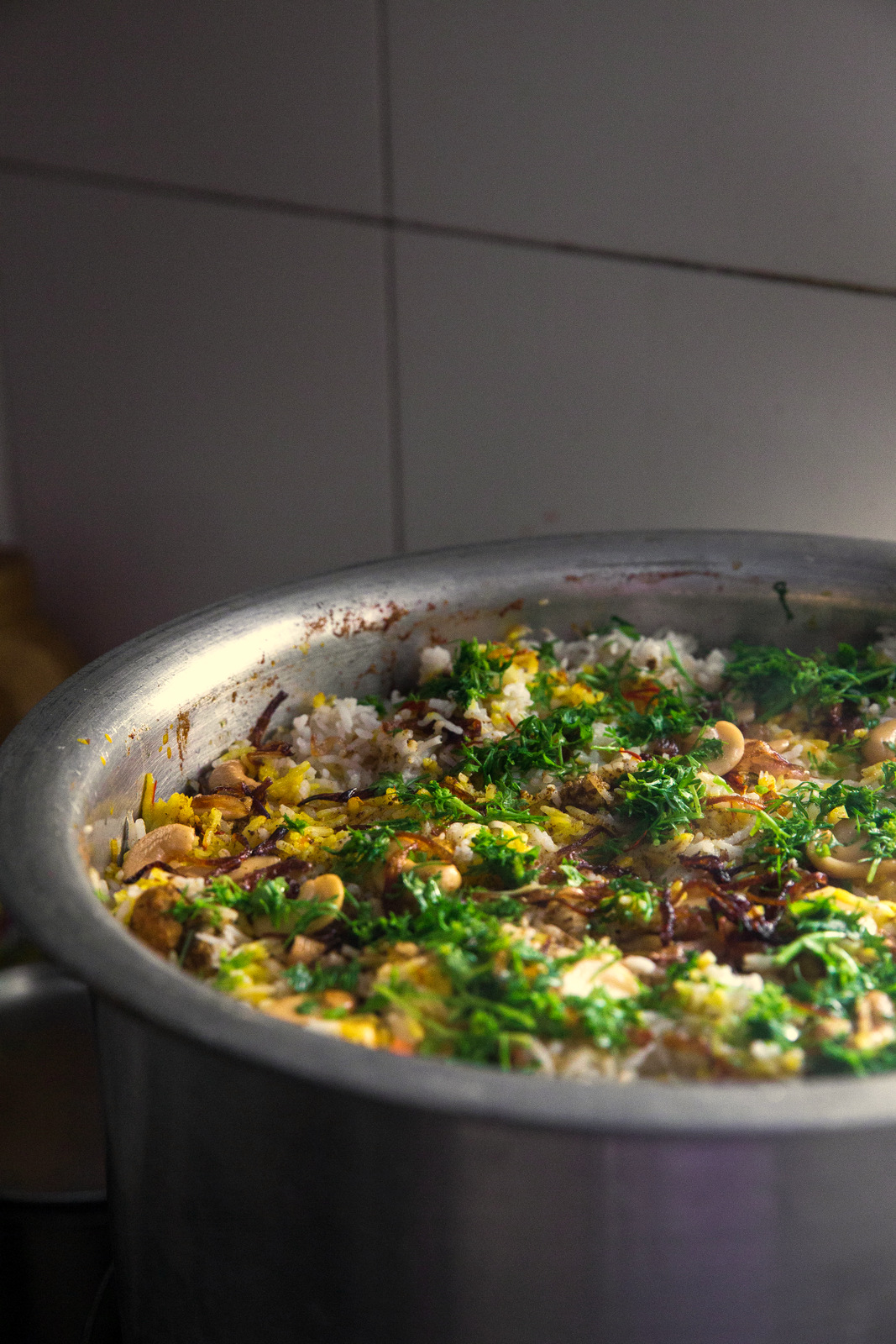 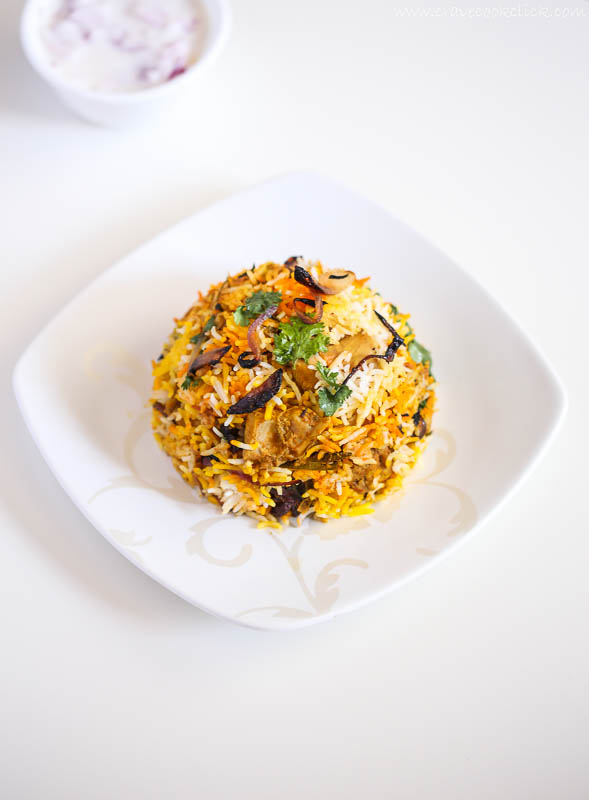 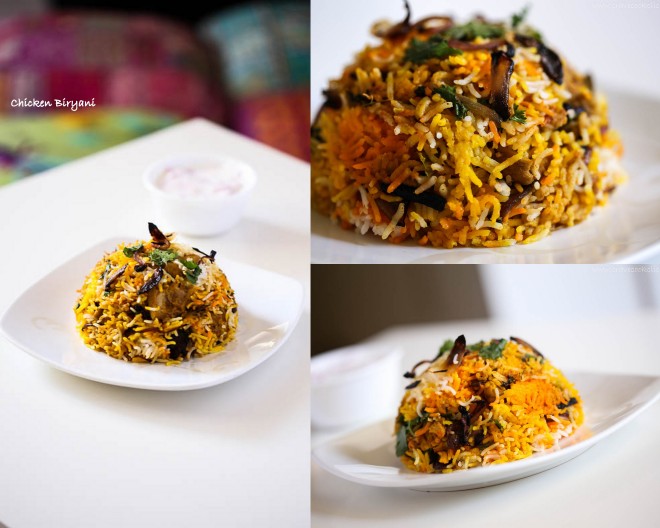 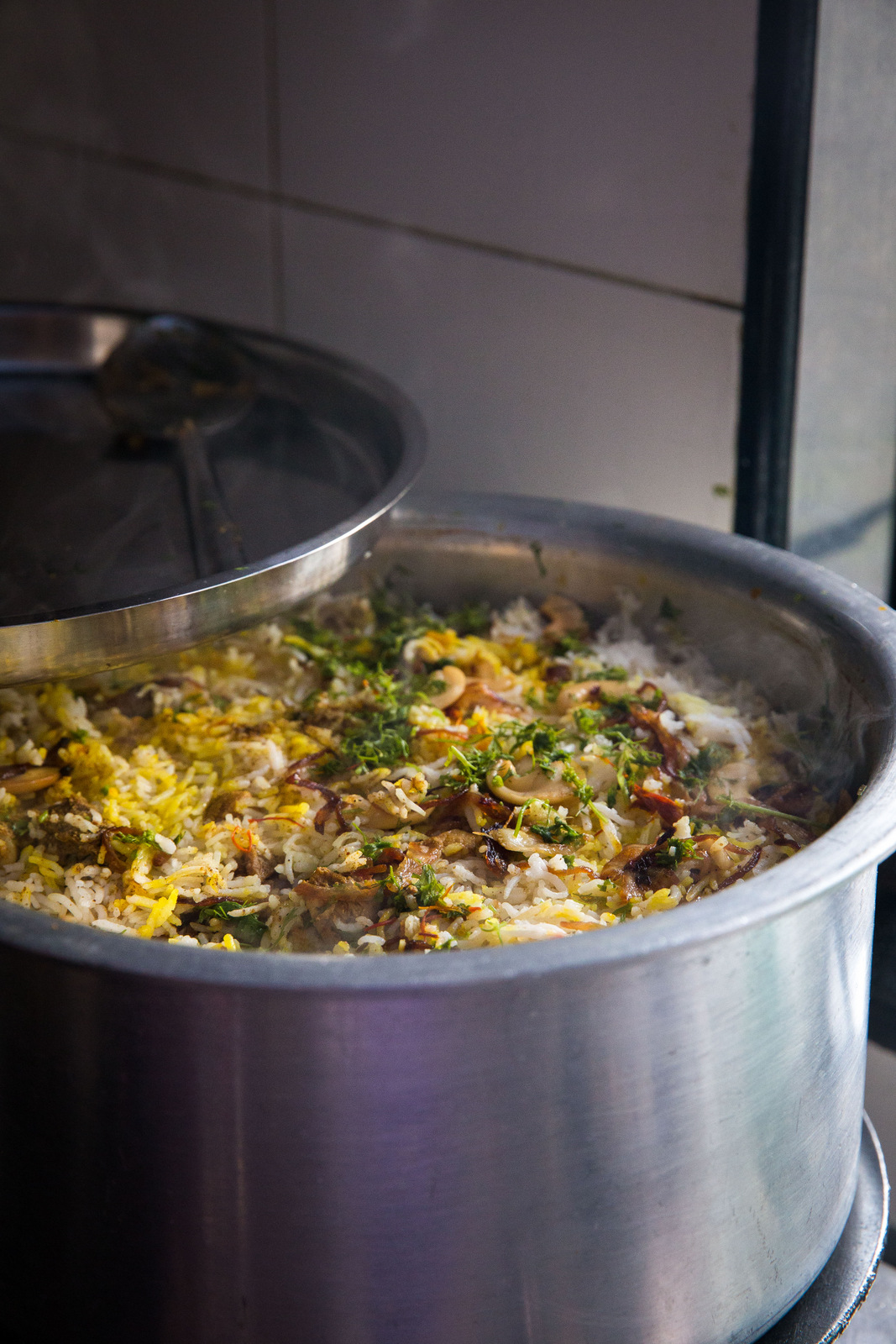