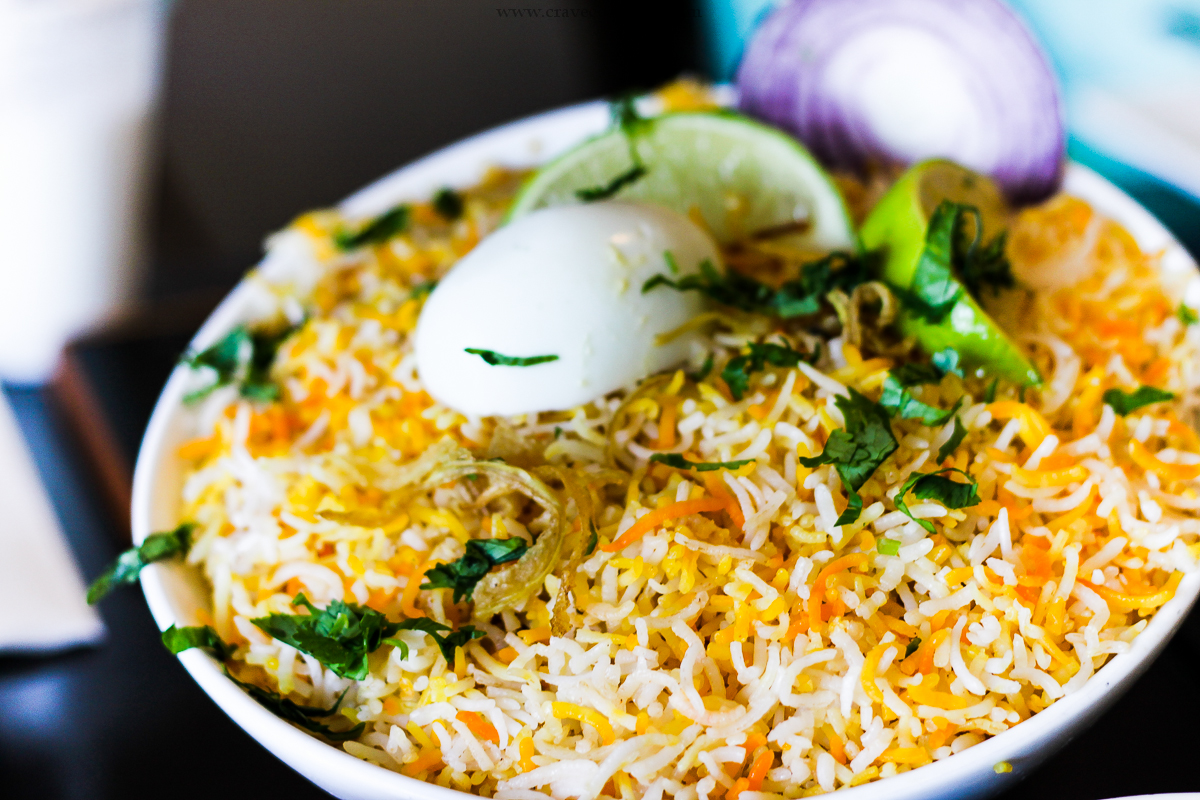 Paradise Biryani Pointe in Santa Clara was our lunch adda for today. 1st advice don’t ever go during office lunch hours as you can’t stop ordering and then obviously can’t stop yawning after the lunch:) 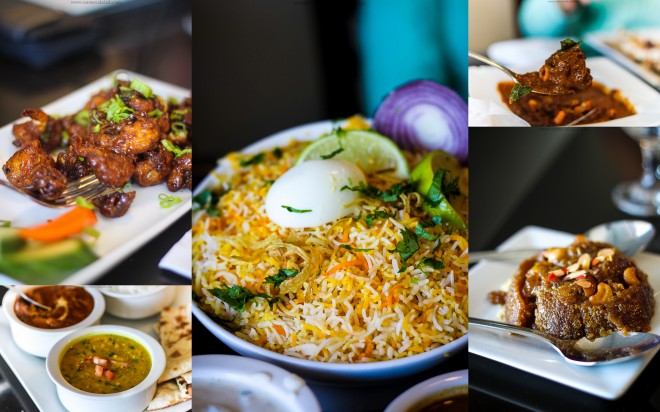 This place is simply awesome for Hyderabadi cuisine. I just loved every dish which I ordered. The food is spicy which I like and delicious. You can ask them to make it mild if you prefer it that way.

Our appetizer was Gobi Manchurian which was very good too for a Hyderabadi cuisine restaurant. The quantity was small but never mind as it was really tasty. 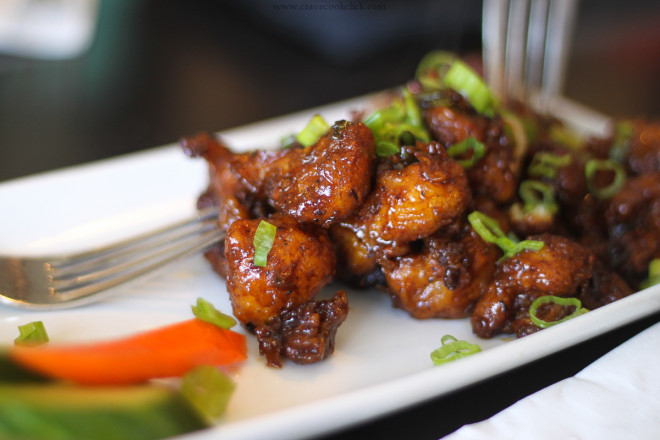 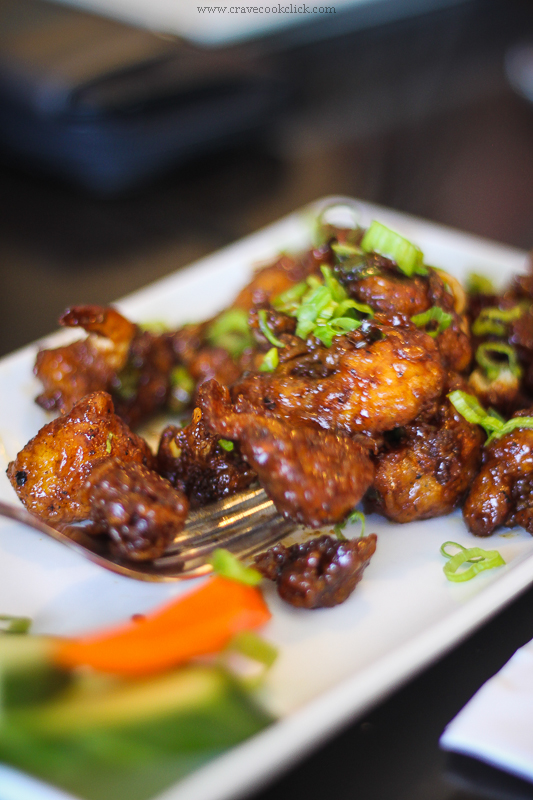 The star was the layered spicy Biryani, which comes with a gravy on the side and yogurt raita. The gravy on the side was the mirchi ka salan which was very flavorful. We ordered chicken biryani and goat biryani and both were equally flavorful and aromatic. The goat biryani was best in the bay area I have experienced so far. The best part is that the biryani is not dry unlike biryanis which you get in other restaurants but is moist and fresh. 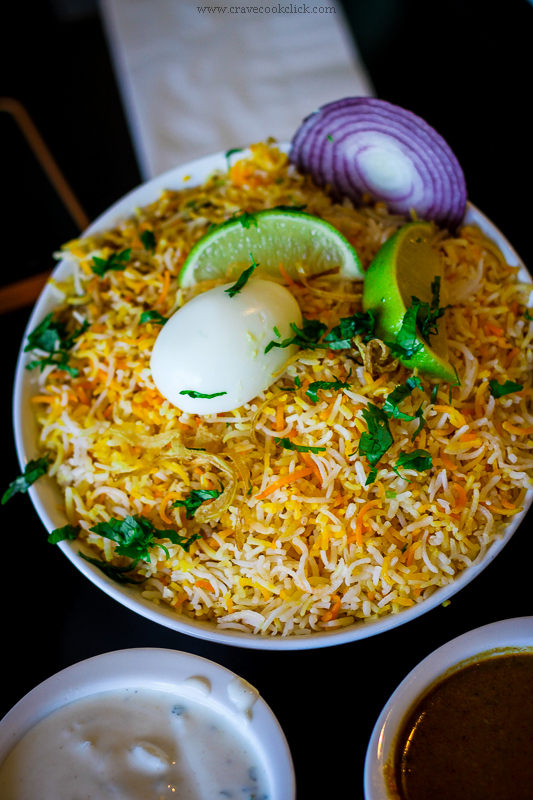 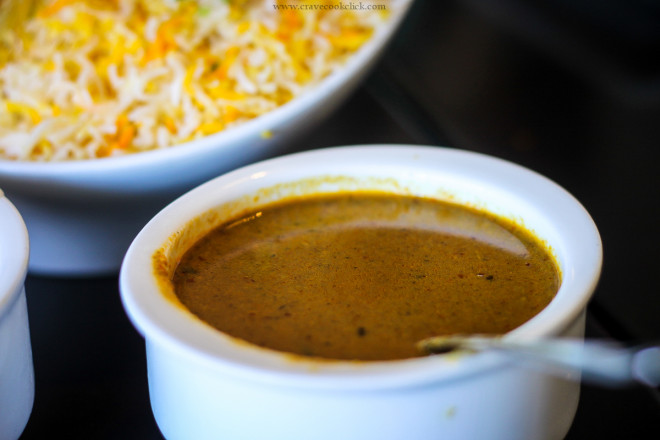 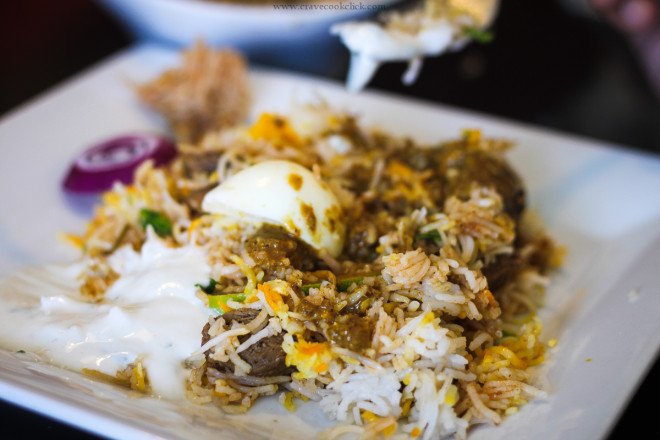 If this was not enough I also ordered the Dum Ka Gosht which was wonderful meat of goat cooked slowly and infused with traditional Indian spices. It just tastes amazing with Naan. 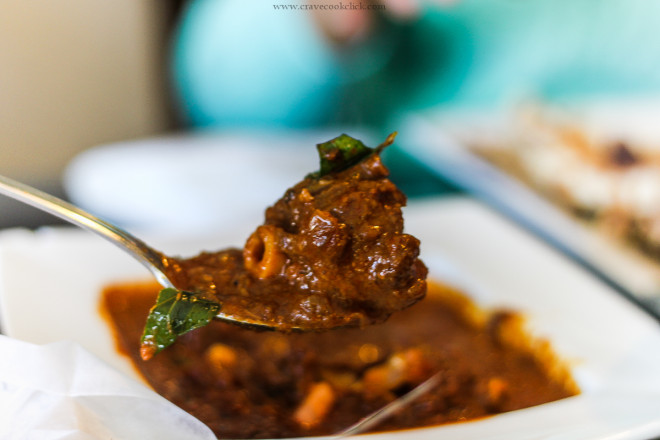 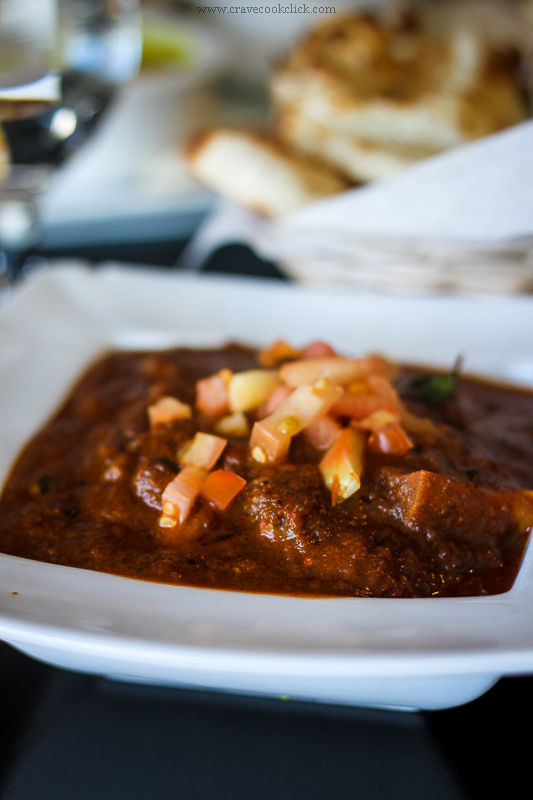 Their Thali combo was surprisingly good too which consisted of naan, one gravy (chicken or paneer), rice and dal. 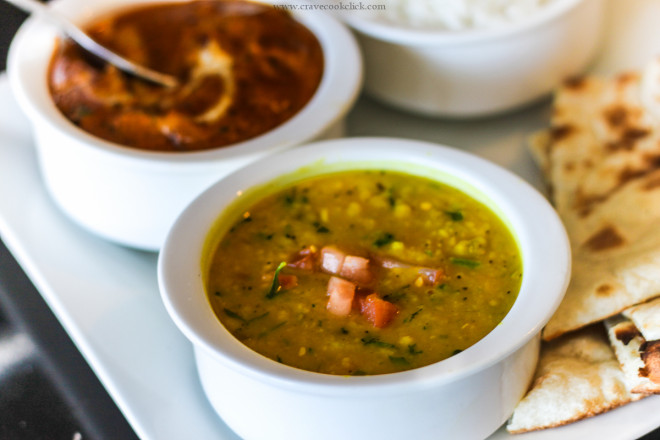 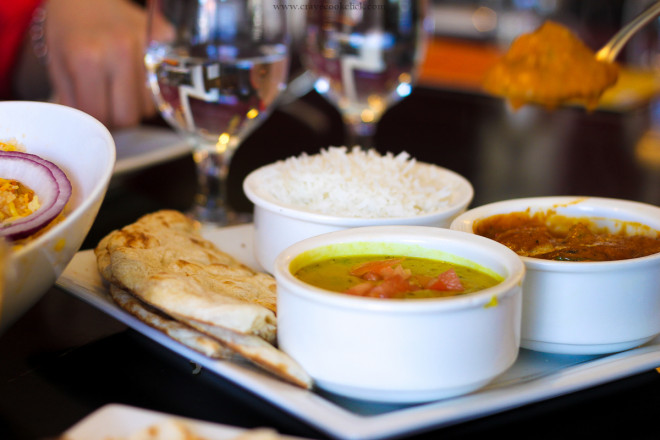 OK now finally when our stomachs were about to burst we ordered the Hyderabadi delicacy which is Double Ka Meetha. Double Ka Meetha is a bread Pudding, served with a garnish of pistachio and almonds and it was just unbelievable. It’s a must try. 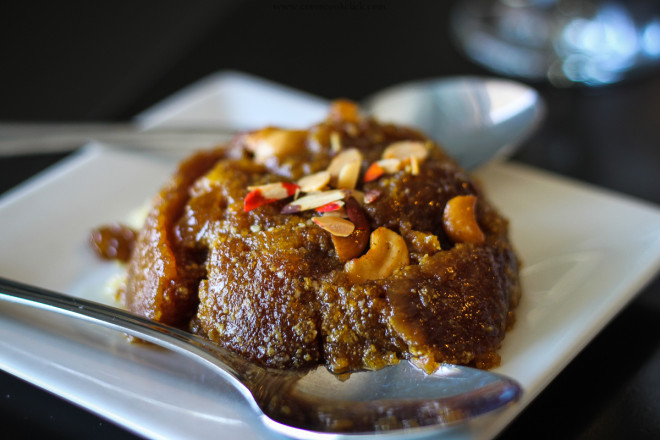 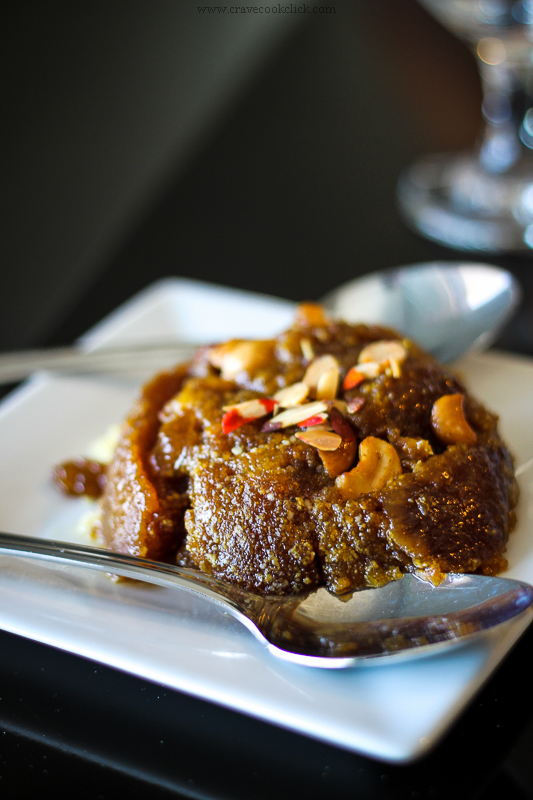 Final Verdict: I would definitely visit this place over the weekend again as it’s so AWESOME. It’s aptly price too.
Just be aware of the spice level as it is more than average. But I love the way it is:)