A macaron is a French sweet meringue-based confection made with egg white, icing sugar, granulated sugar, almond powder or ground almond, and food colouring. The macaron is commonly filled with ganache, buttercream or jam filling sandwiched between two biscuits (cookies). The name is derived from the Italian word macarone, maccarone or maccherone, the Italian meringue.In Paris, the Ladurée chain of pastry shops has been known for its macarons for about 150 years. 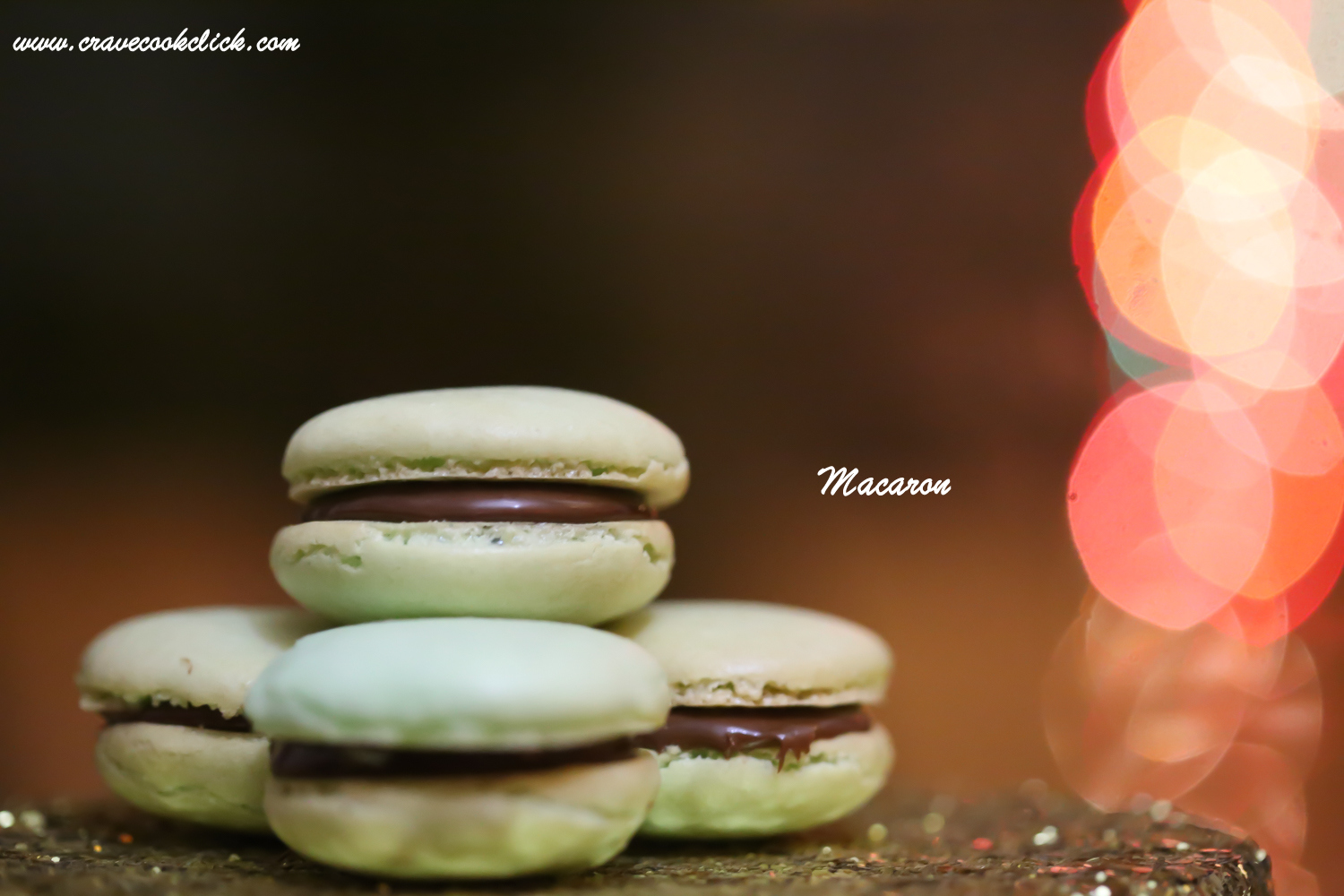 I was never fascinated by Macarons until I followed Pooja Dhingra who is also know Macaron Queen of Mumbai on Instagram. She is the owner of Le 15 Patisserie which is one of the most famous bakeries in Mumbai. After getting introduced to these beauties i planned to bake them on my own. I read everywhere that they are not easy to make and are considered finicky. But still i wanted to give it a shot. My 1st attempt failed drastically as they were totally flat. This was my 2nd attempt and i did fairly well i think. Obviously i need to improve a lot as they are not perfect. I followed Beth’s foolproof recipe and its really amazing. Each and every step is explained in detail.

¼ tsp cream of tartar (2 ml)  * You can omit if needed, just may take a bit longer to reach stiff peaks but the recipe will still work)

Beat egg whites until foamy, then add salt, cream of tartar and white sugar for 8-10 mins.  TIP: #1 eggwhites should be room temp.  To create room temp eggs, submerge in warm water for 5 mins.

Whip until they form a peak that stands upright. Think Seattle Space needle.

Then add the food coloring.  TIP#2 Color does fade as it cooks, so do a shade or two darker than you want them to be.

TIP#3 Sift almond flour, and powdered sugar. What remains will be the larger lumps of almond pieces. Just discard those, or use them to snack on 🙂 You want a really fine powder mixture to create a smooth and pretty on top to your cookie.

Fold flour/sugar mixture into the egg white mixture.  TIP#4 This is where all your hard work can really go wrong.  Under mix and your macaroons will be lumpy and cracked when the bake with no feet, over mix and your macaroons will be flat and won’t have feet, the mark of a well-made macaron. In my experience 65-75 turns of your spatula when folding is about the right amount of time.  But again, it can be tricky, depends on how strong you are, Ha!  So it can take a few tries to get it right.  But when you do, the trumpets will blare and you will feel SO accomplished!

Transfer batter to a pastry bag.

Pipe out 1 inch rounds on a baking sheet lined with parchment paper.

TIP#5: tap the pan hard at least 2-3 times to release the air bubbles.   This will prevent the tops of your macaroons from cracking.

TIP#6 Let them sit out for 2–30 mins, or up to an hour if you want.  This will allow them time to dry out a bit before hitting the hot oven. They should be “tacky” to the touch, but not stick to your fingertips. This is another important step to assuring your macarons develop feet! When they dry out they can’t spread out in the oven, and are forced to rise up. That’s what creates the feet!

Bake for 20 mins. DO NOT UNDER BAKE, even if they look done!  Otherwise they will stick to your tray.

Reverse cookie shells on their backs, and pipe a small mound of nutella filling on one of them. 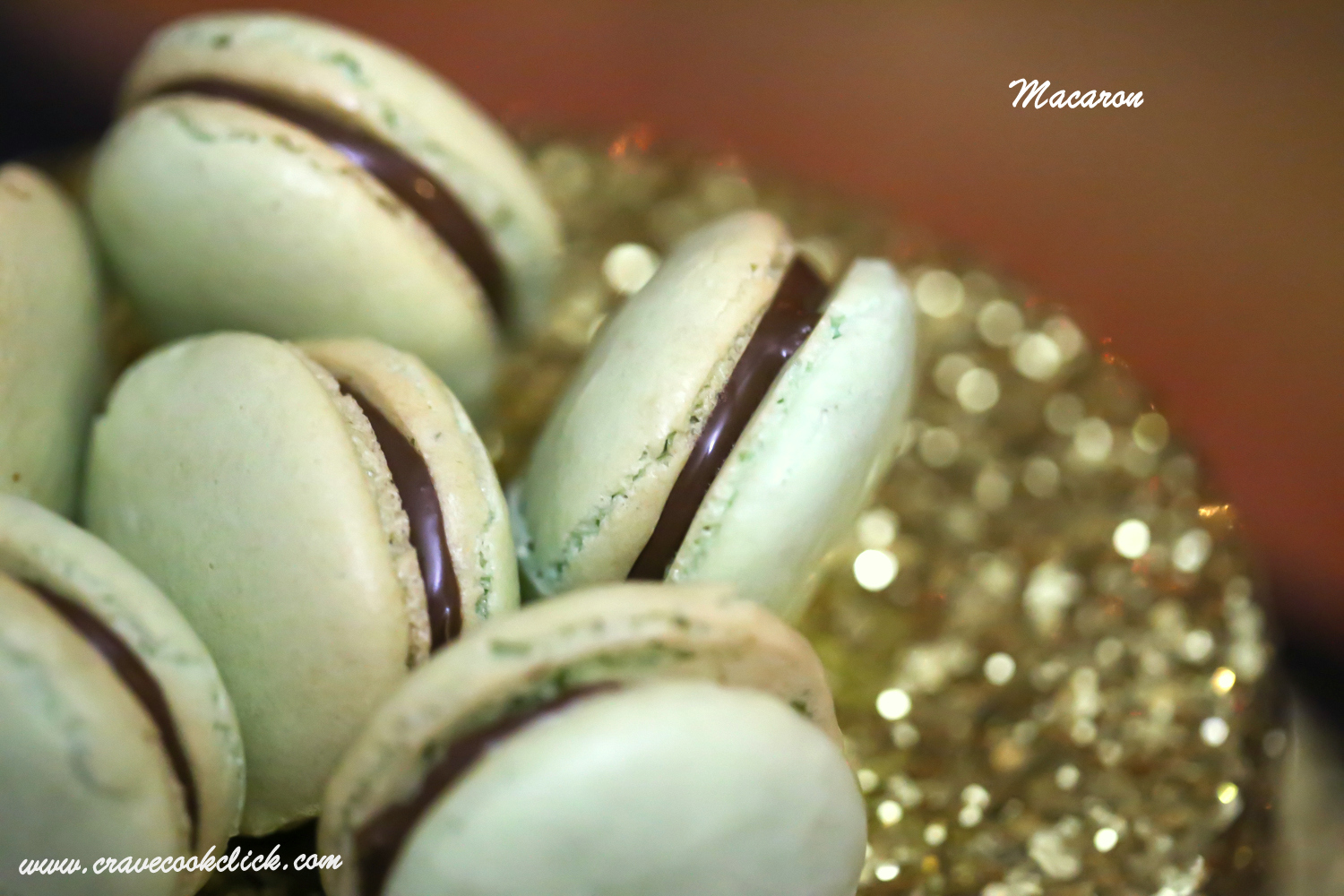 There are several things that might affect the looks of your macarons, so here are a few tips on common problems considering the surface and shape of macarons.

If your macaron shells are cracked, your oven temperature might be too high. Just try to bake the next batch at a lower temperature, even if it is below the temperature in the recipe as each oven is a little different!

For avoiding bubbles, you need to smoothen the batter after folding in the almond-sugar mix into the meringue. You do that by using a bowl scraper and scrape the batter very carefully until smooth and rather liquid (test by taking some batter up on the scraper and letting it “fall down” into the bowl – if it doesn’t fall in chunks but runs smoothly, it’s good!) but be careful not to over mix and break down too much of the meringue!

For a smooth and even surface, the consistency of the batter needs to be right. If you mix or even beat the meringue for too long, its flufflyness will dissolve, so fold in the dry ingredients very carefully. But the batter also needs to be liquid enough so that the unbaked macaron’s surface can flatten after being piped onto the baking paper sheet. You achieve this consistency by carefully scraping the dough inside the bowl with a bowl scraper until it falls down in ribbons (as described above – see “avoiding bubbles”). However, if the macarons don’t flatten on their own, try to move the baking tray from left to right or back and forth to smoothen the macarons’ surfaces.

“le pied” – getting the little foot of the macaron shells right:

Try to pipe the macarons in a “blob”, not in a swirl. You do that by holding the piping tip about 3mm over the baking paper sheet, then carefully press a little batter onto the sheet while lifting the piping tip another 2-3mm. The batter should come out of the piping tip in a flat, round drop. Shortly before your macaron is large enough, stop squeezing out the batter and carefully remove the piping tip from the macaron with a smooth, swirl-like movement so that the vanishing batter-stream evenly unites with the whole macaron. This way, you keep the surface as flat as possible.

By piping the macaron in a “blob”, you prevent air bubbles in the batter so that the macaron rises evenly, which is – as far as I experienced – important for getting “le pied”.

Let the macarons sit for a while before baking and let their surfaces dry until a skin has formed (this usually takes about 10-20 minutes; test by carefully touching the surface of an unbaked macaron – when the batter does not stick to your fingertip anymore, they’re ready to be baked) so that the macaron shells can rise evenly.

If you live in a cold and humid climate, it might be helpful to preheat the baking trays (for example putting them into the oven while preheating the oven) before piping the macarons on it. In my experience, the heat from the tray helps the macarons dry when the surrounding air is too humid or too cold. 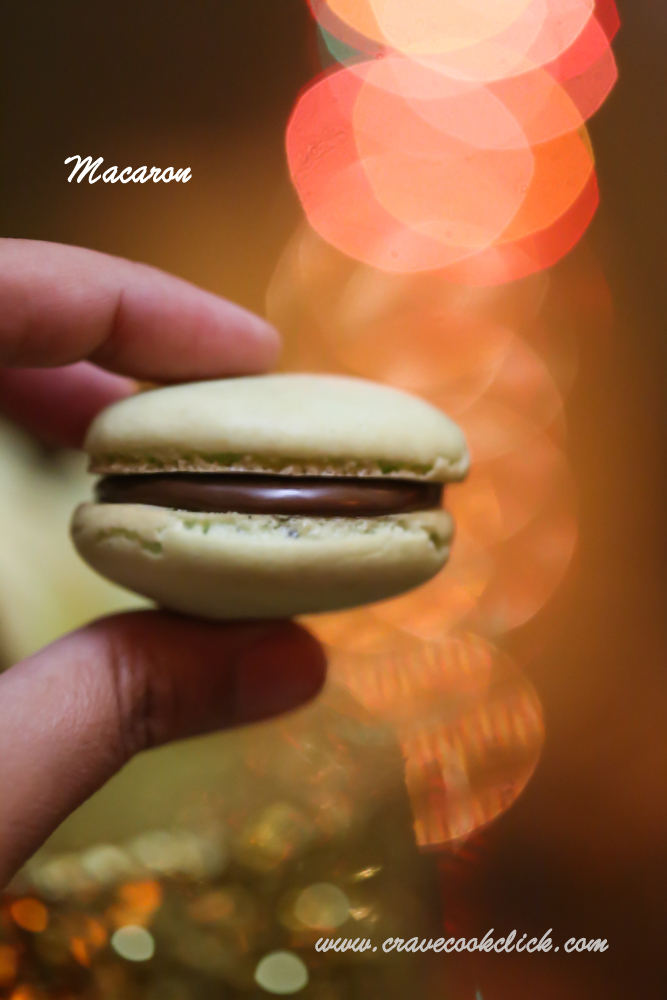 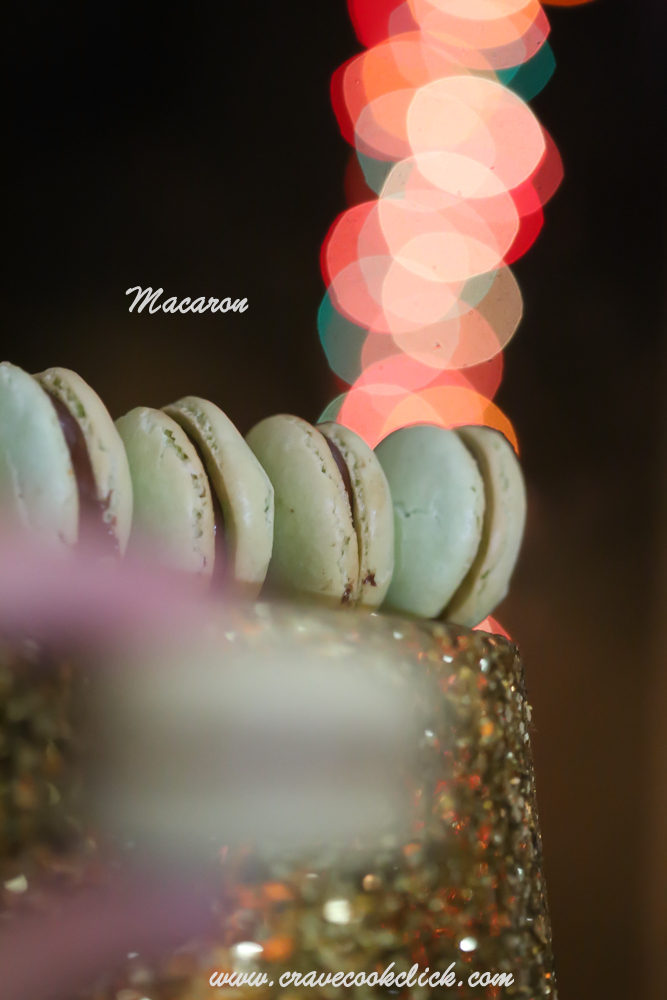 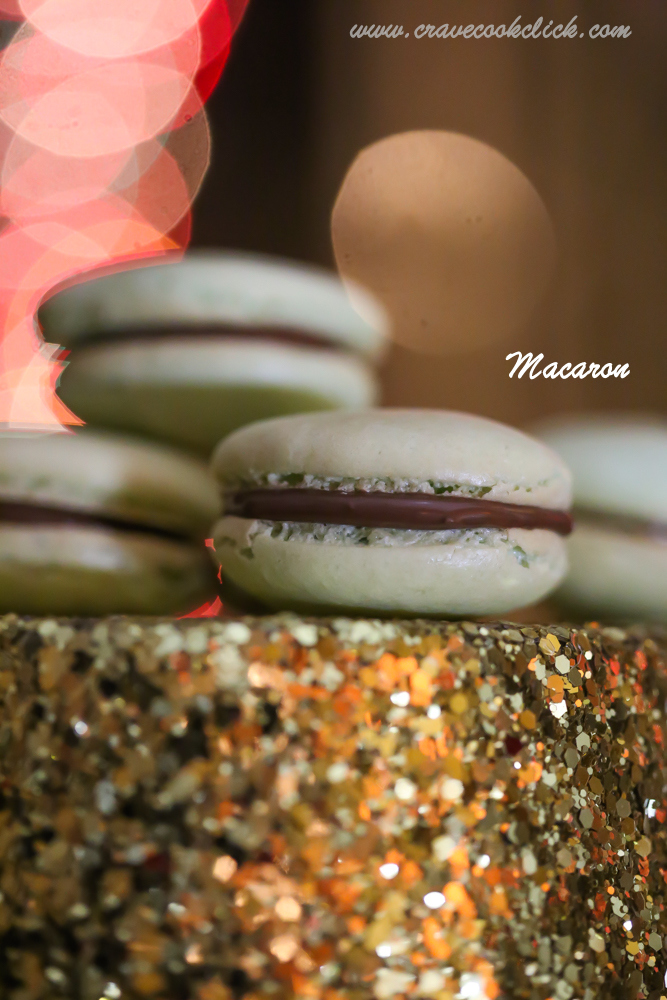 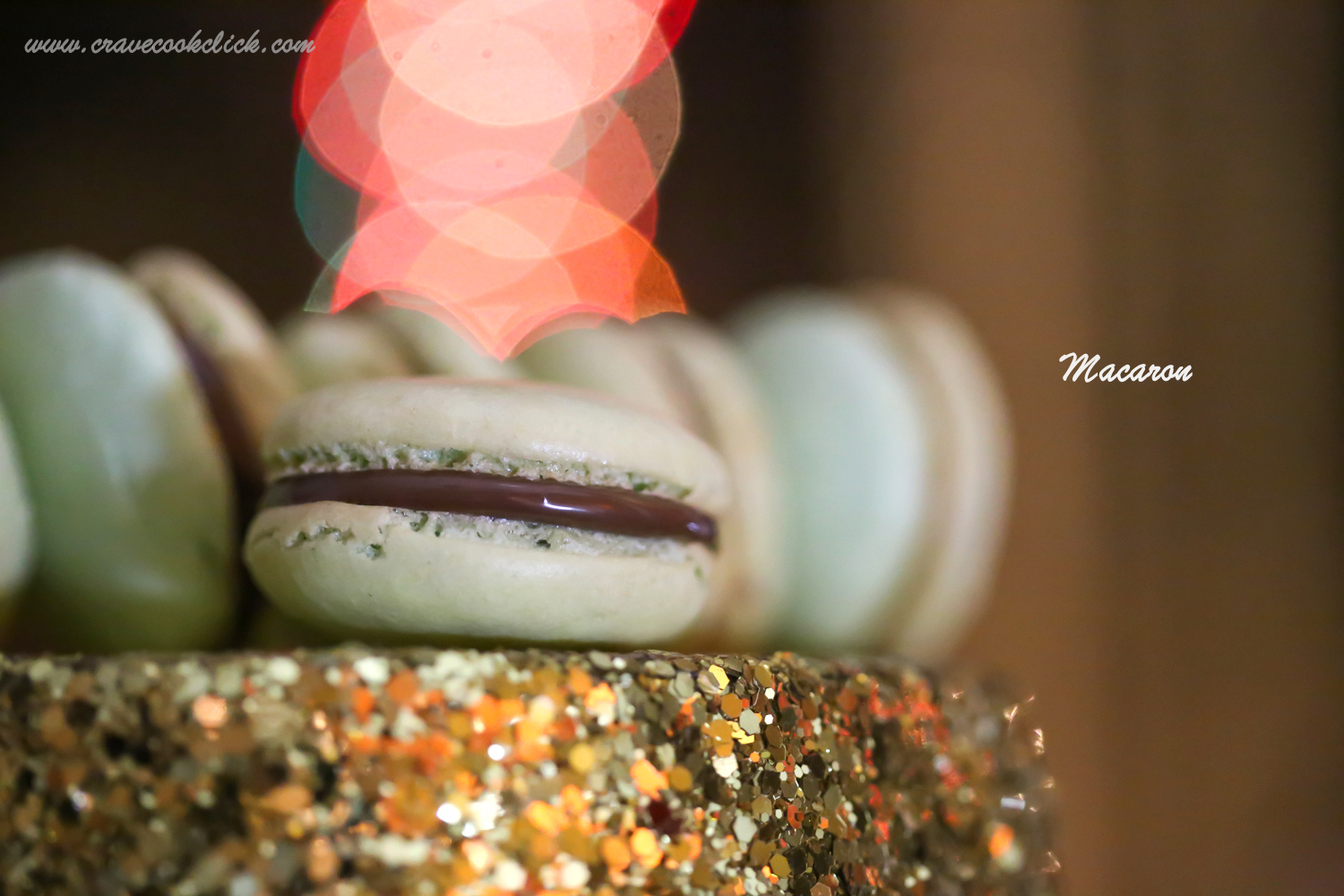 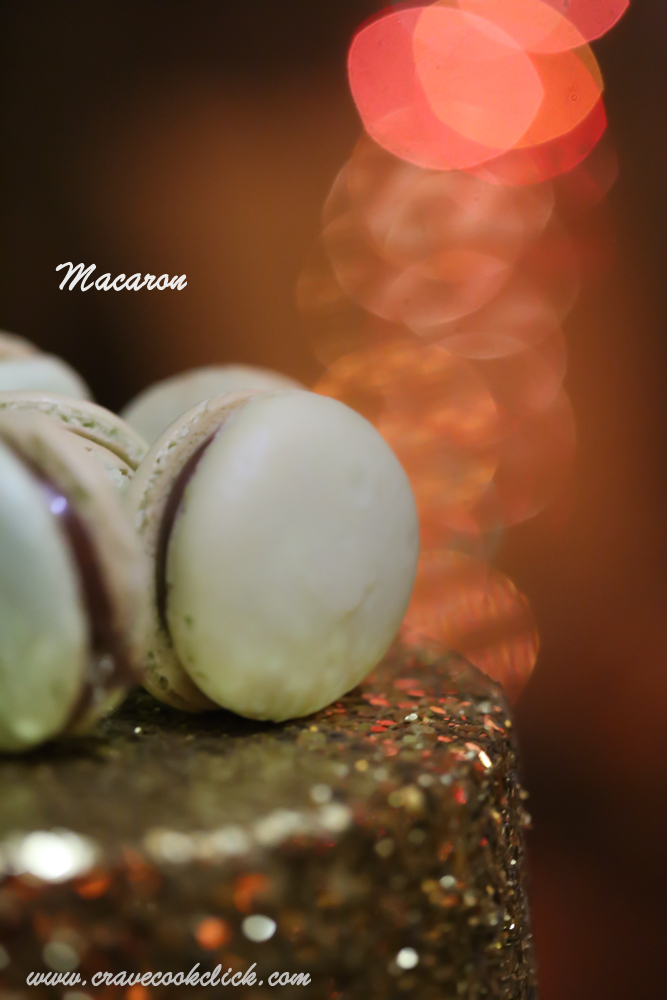 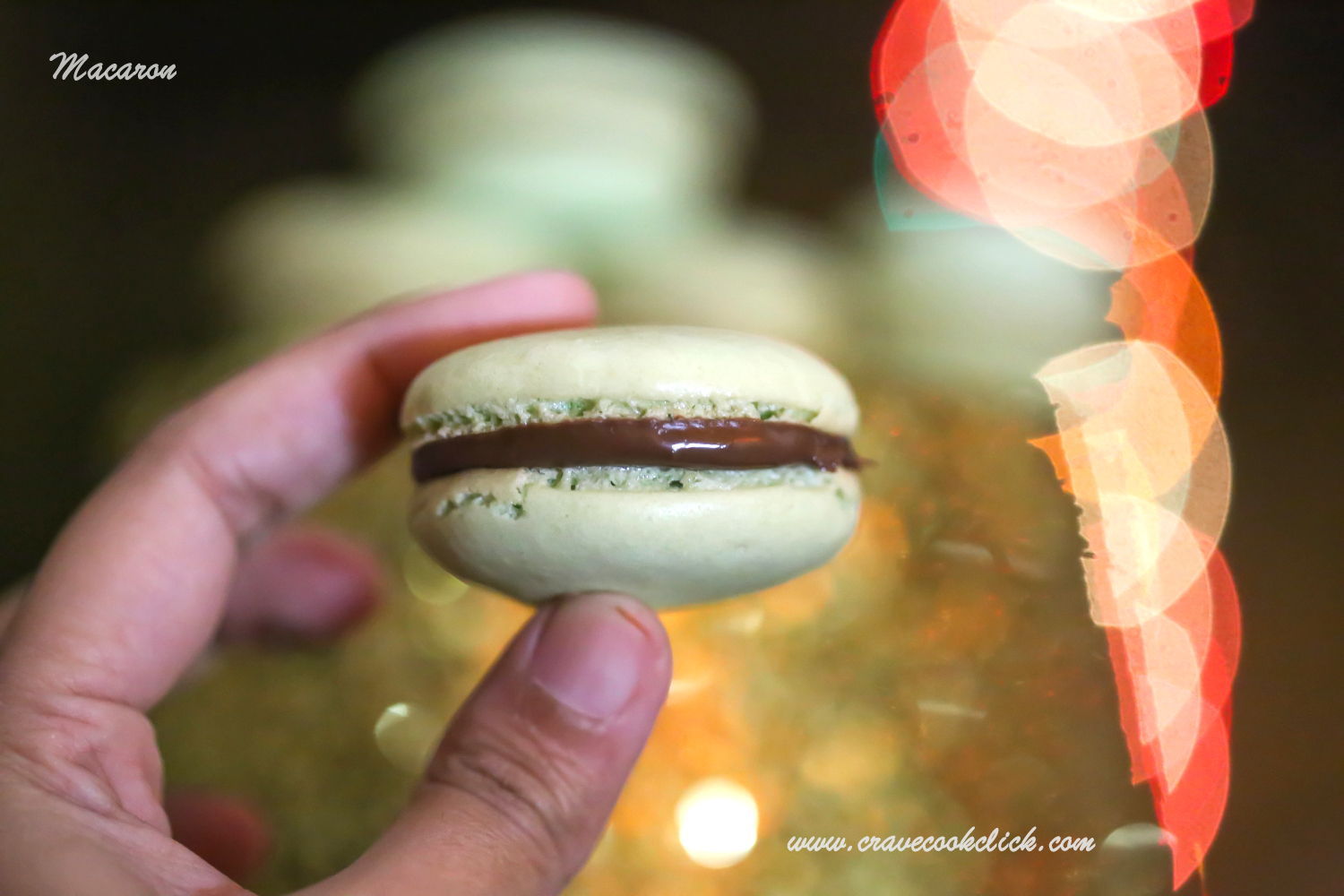 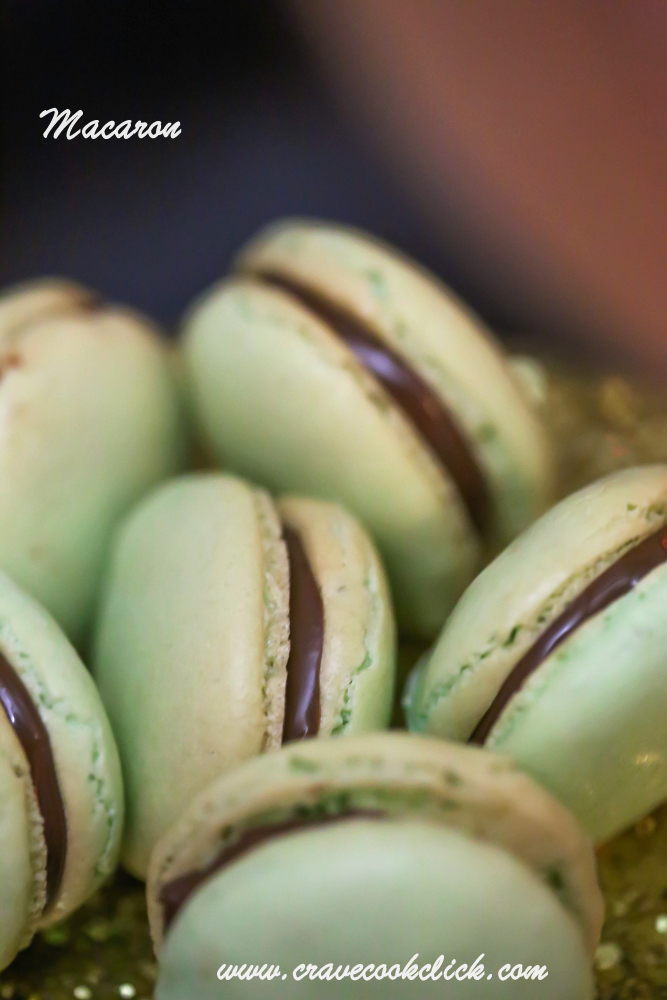 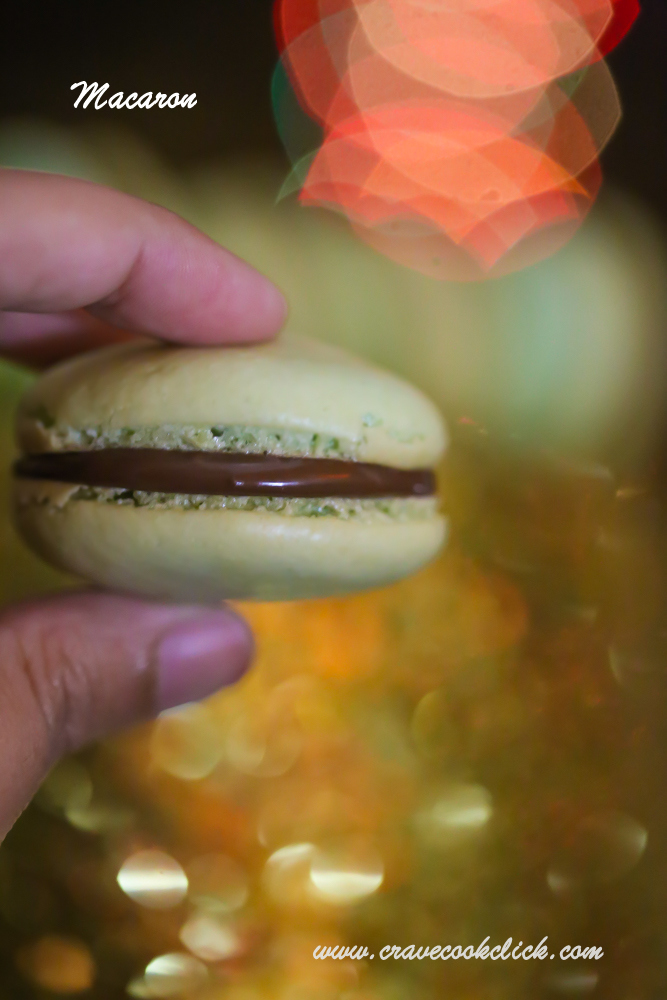 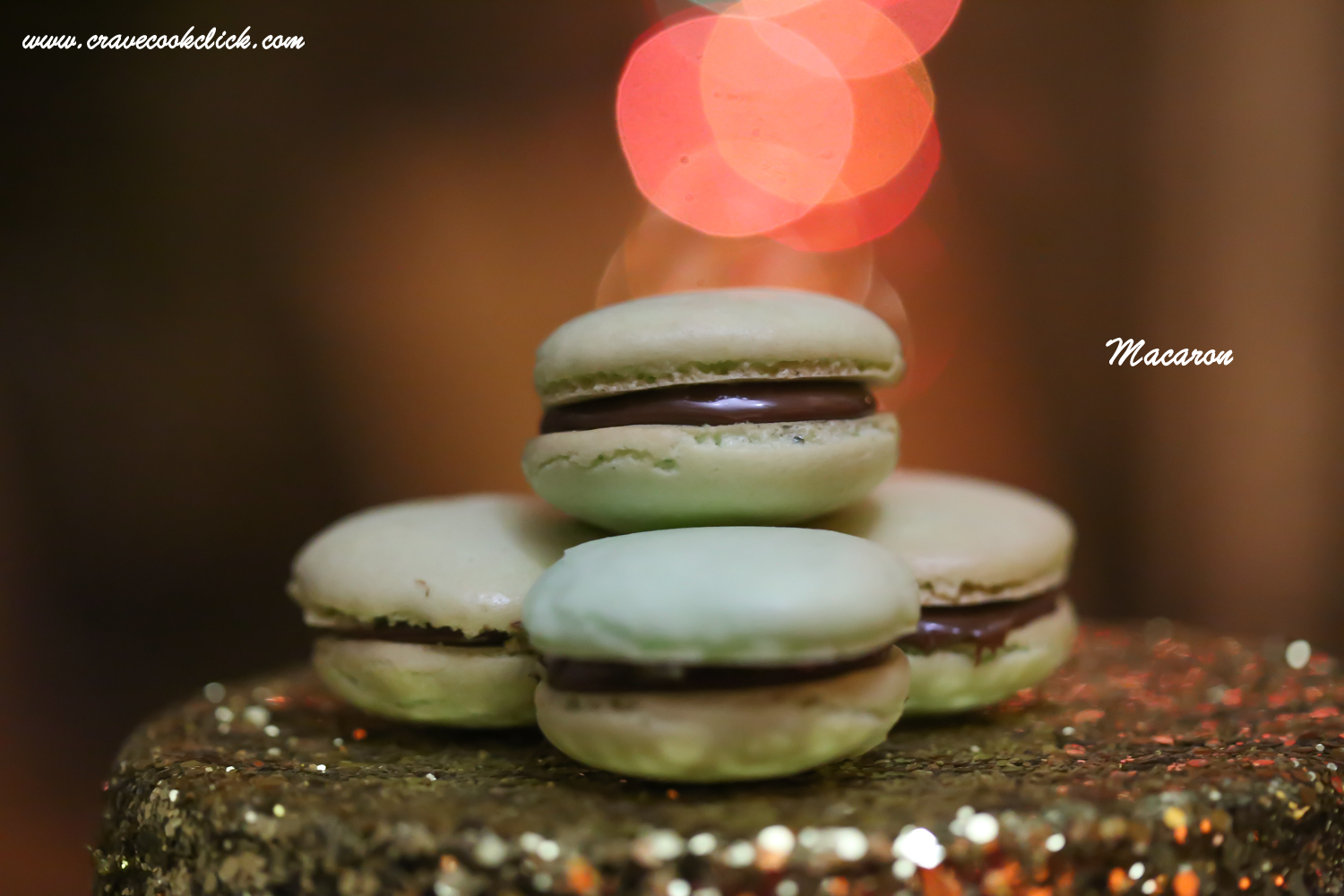