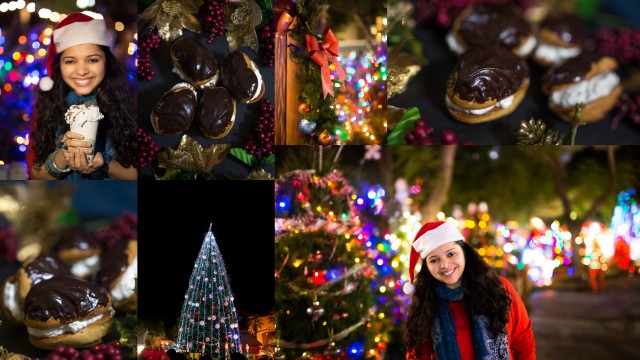 An éclair is an oblong pastry made with choux dough filled with a cream and topped with icing. The dough, which is the same as that used for profiterole, is typically piped into an oblong shape with a pastry bag and baked until it is crisp and hollow inside. Once cool, the pastry is then filled with a vanilla-, coffee- or chocolate-flavoured custard (crème pâtissière), or with whipped cream, or chiboust cream; and then iced with fondant icing. Other fillings include pistachio- and rum-flavoured custard, fruit-flavoured fillings, or chestnut purée. The icing is sometimes caramel, in which case the dessert may be called a bâton de Jacob. 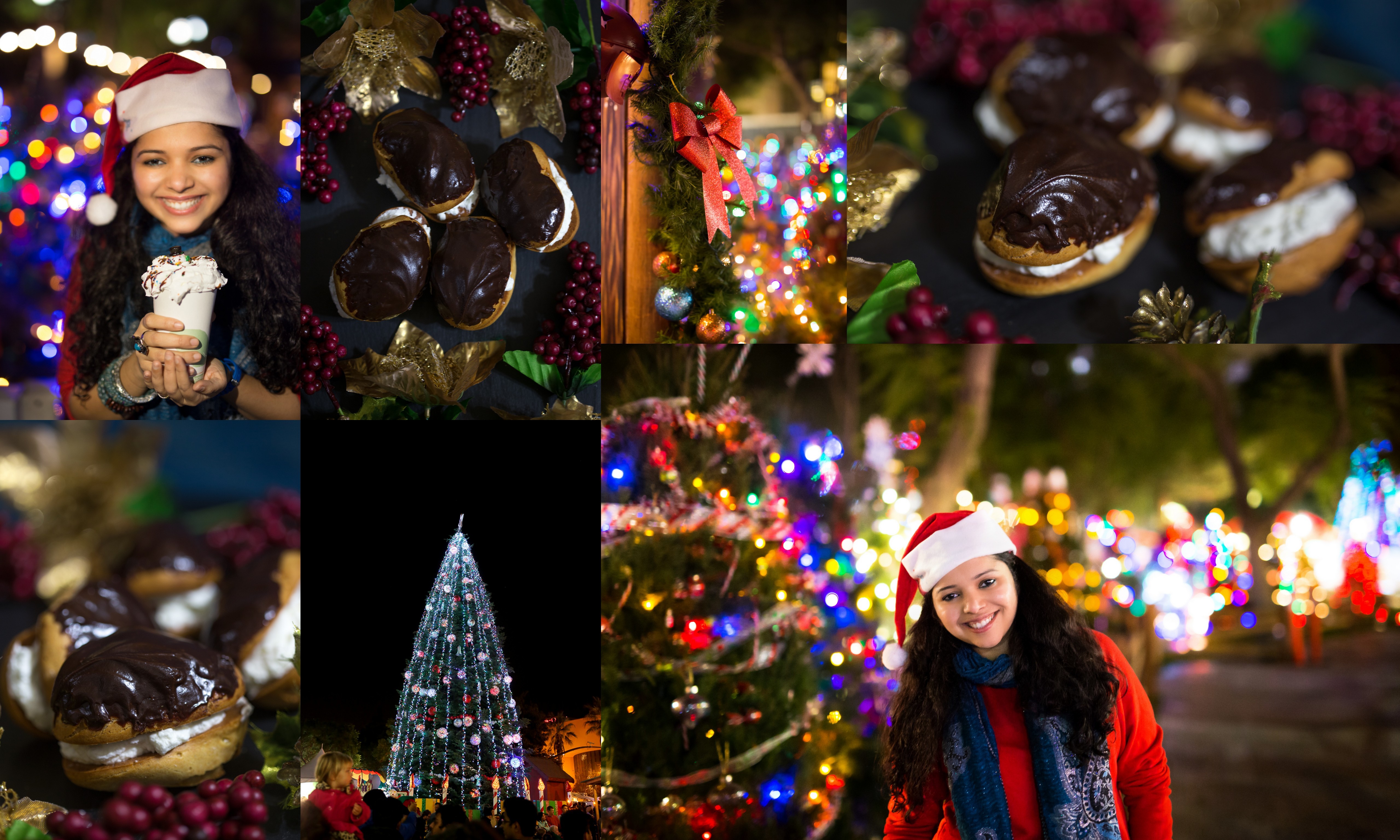 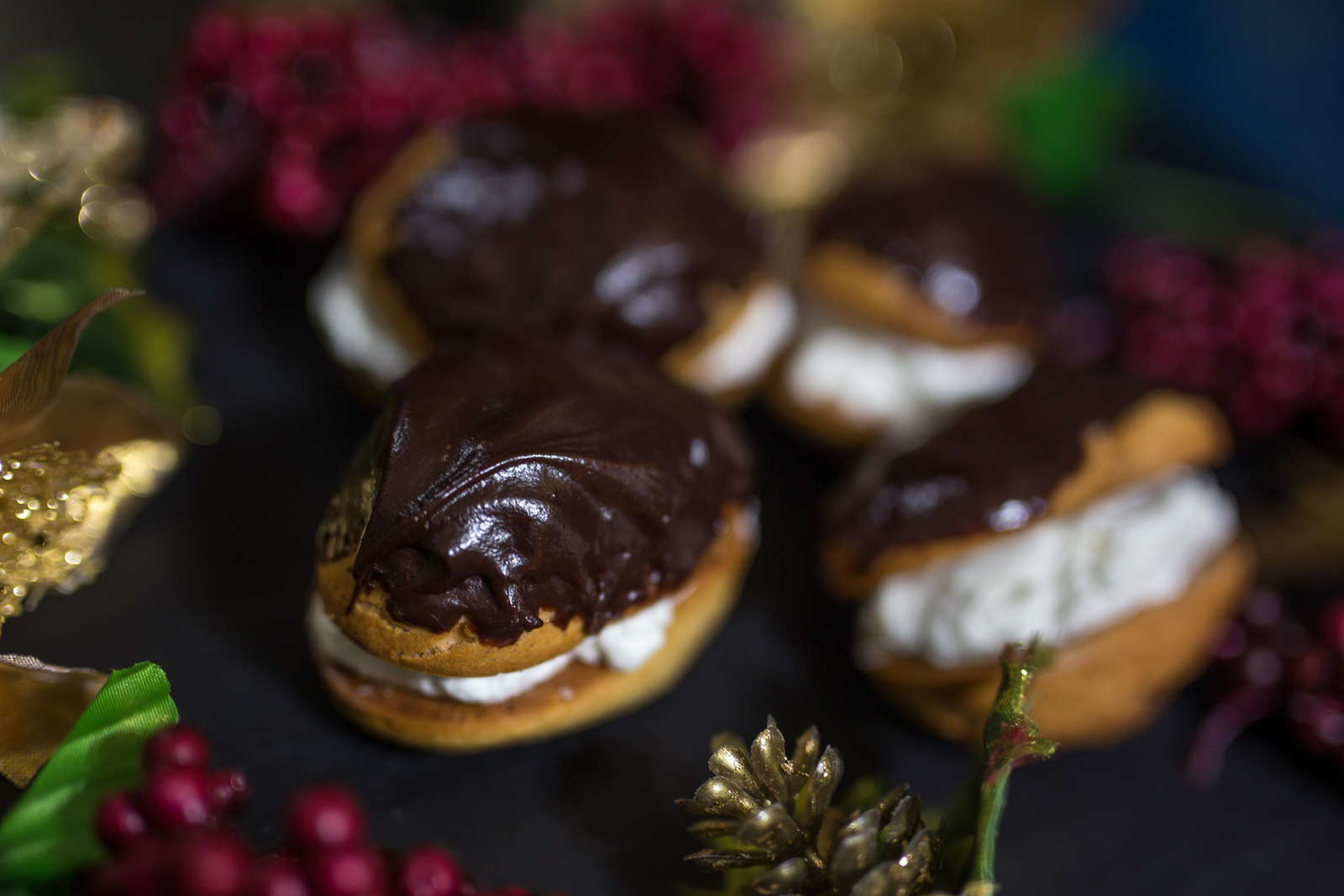 The word comes from French éclair ‘flash of lightning’, so named because it is eaten quickly (in a flash) 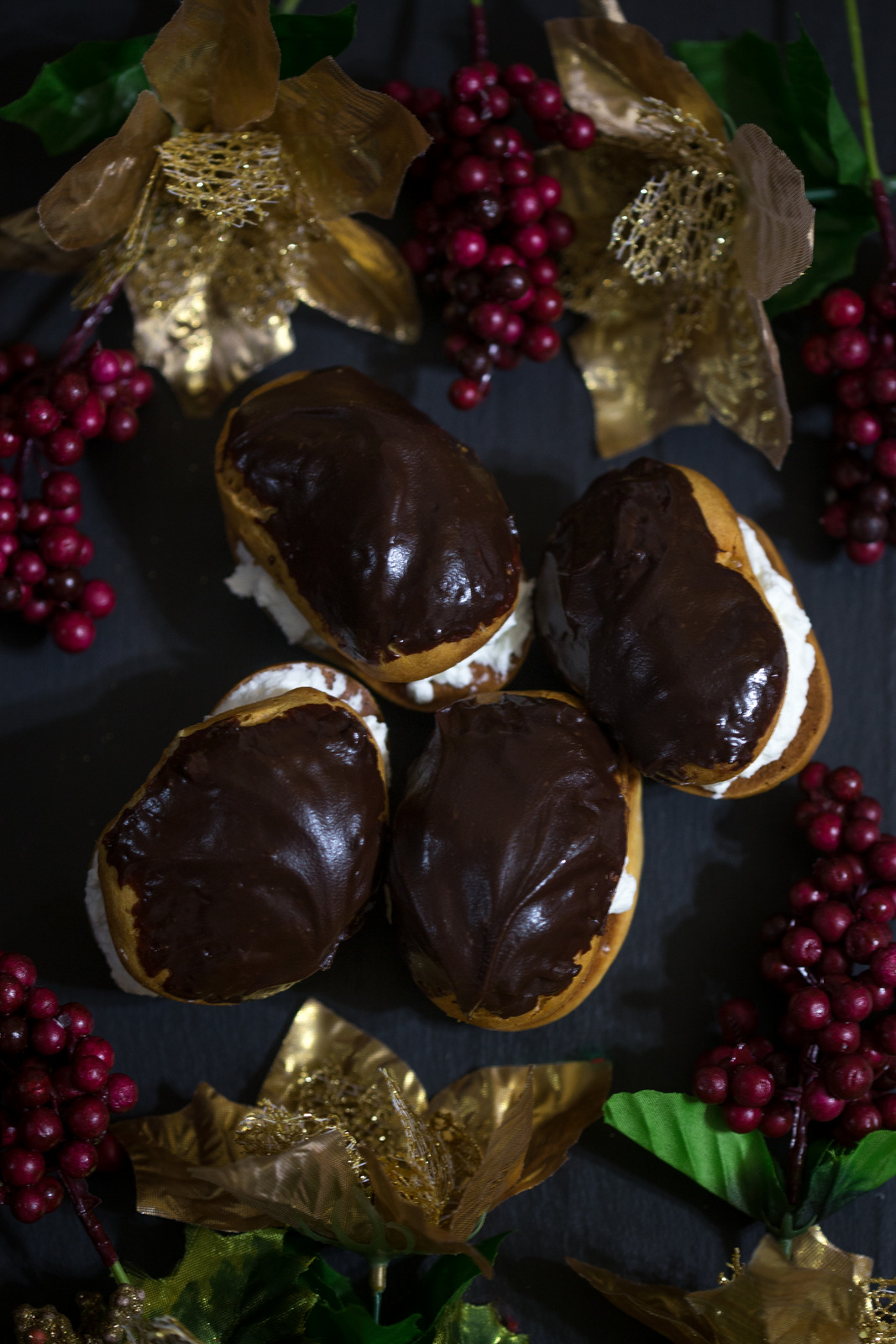 The éclair originated during the nineteenth century in France where it was called “pain à la duchesse”or “petite duchesse” until 1850.It is a popular member of the pie family served all over the world. The word is first attested both in English and in French in the 1860s.Some food historians speculate that éclairs were first made by Antonin Carême (1784–1833), the famous French chef.The first known English-language recipe for éclairs appears in the Boston Cooking School Cook Book by Mrs. D.A. Lincoln, published in 1884. 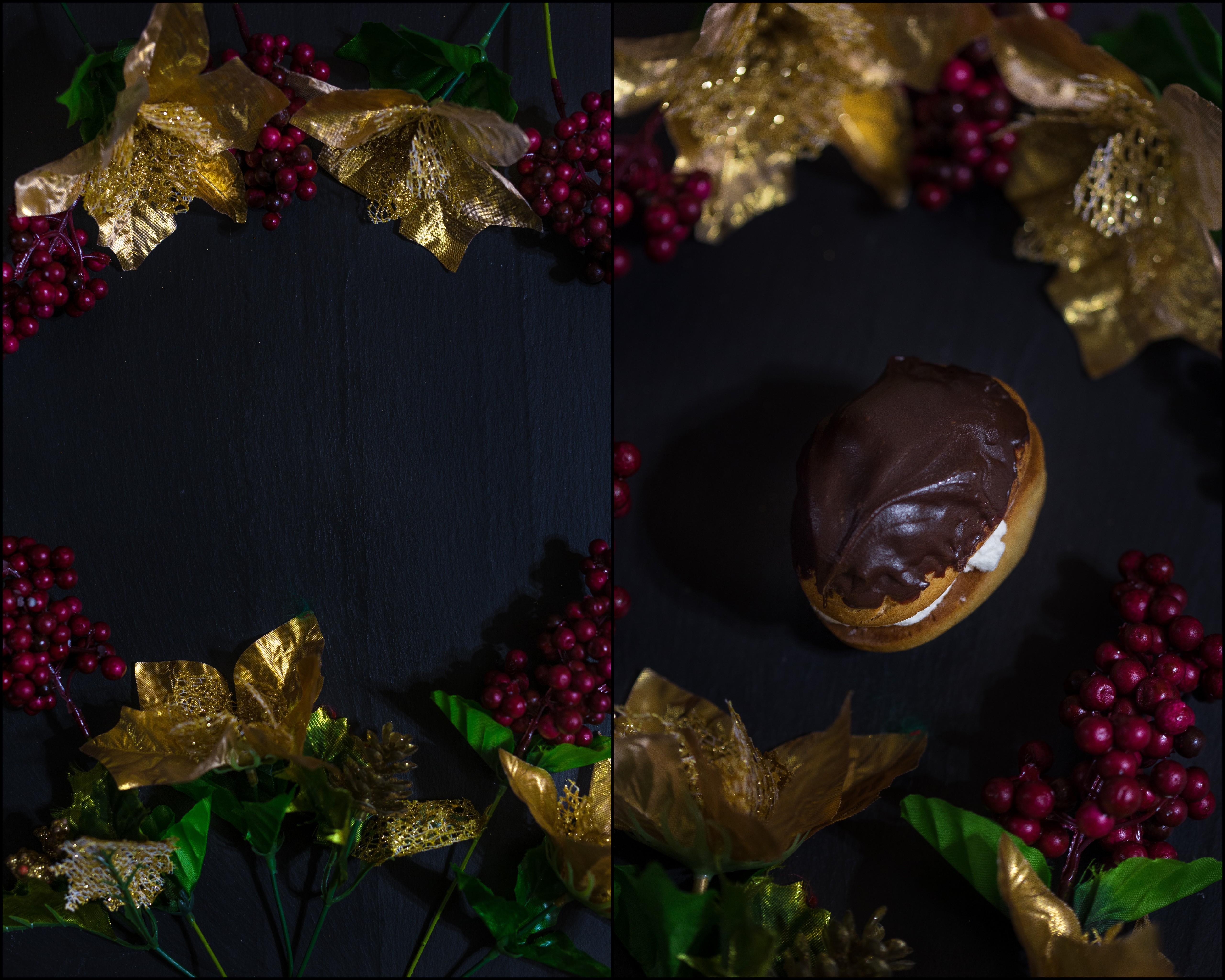 For the whip cream filling

For the chocolate icing

Bring milk, butter, salt, and 1⁄2 cup water to a boil in a 4-qt. saucepan over high heat. Add flour; stir until a dough forms.

Reduce the heat to medium and cook, stirring, the dough constantly with a wooden spoon, until slightly dried, about 2 minutes.

Transfer the dough to a bowl and, using a hand mixer, beat in eggs, one at a time, until smooth.

Place the tray in the oven and reduce the temperature to 375°. B

ake until golden brown, about 30 minutes, and cool.

Whip the cream ad keep it aside

To assemble the eclairs:

Make a wide incision in the side of each pastry. Place whip cream into a piping bag and fill each pastry with cream. Spread icing over the top of each. Let sit for about 5-10 minutes, until the icing hardens, before serving. 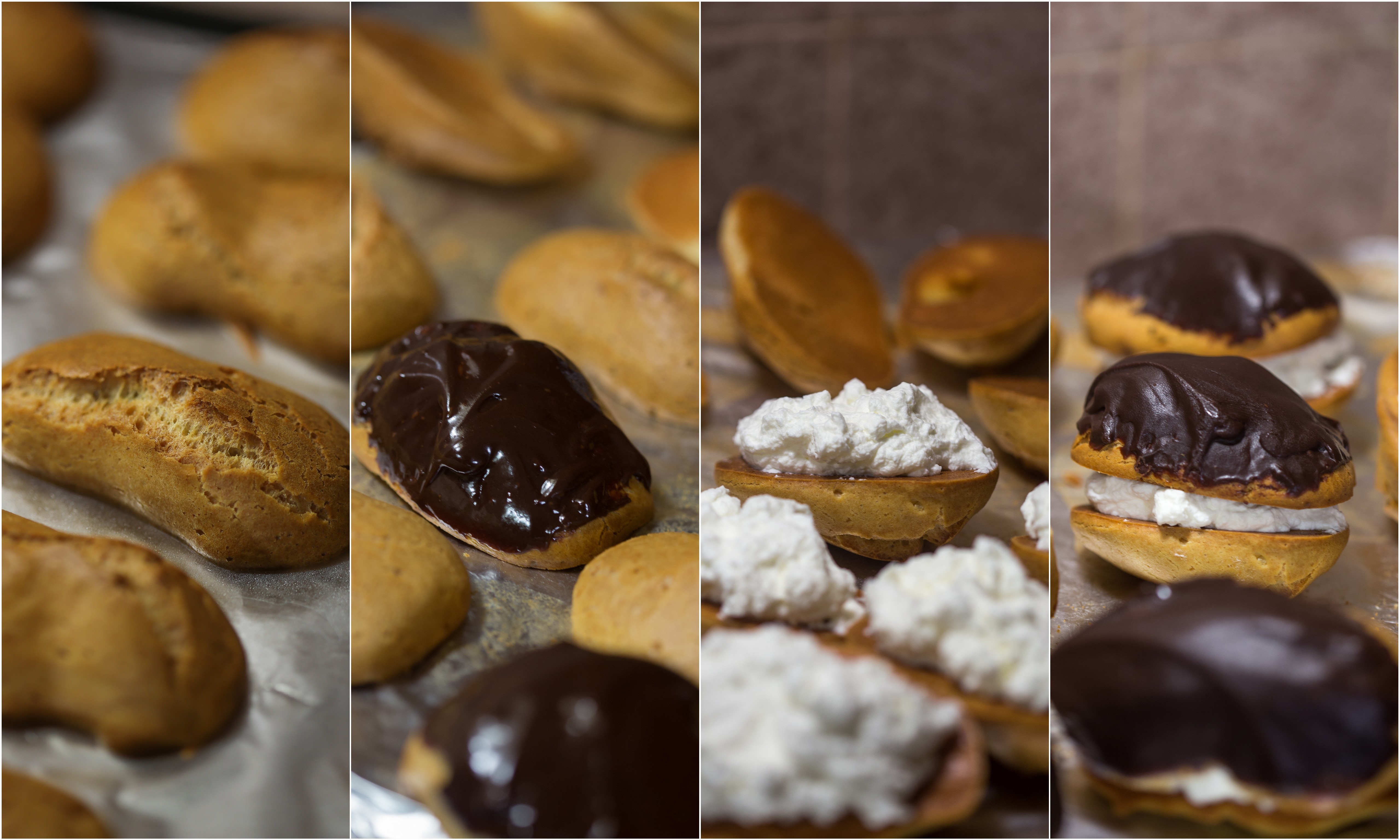 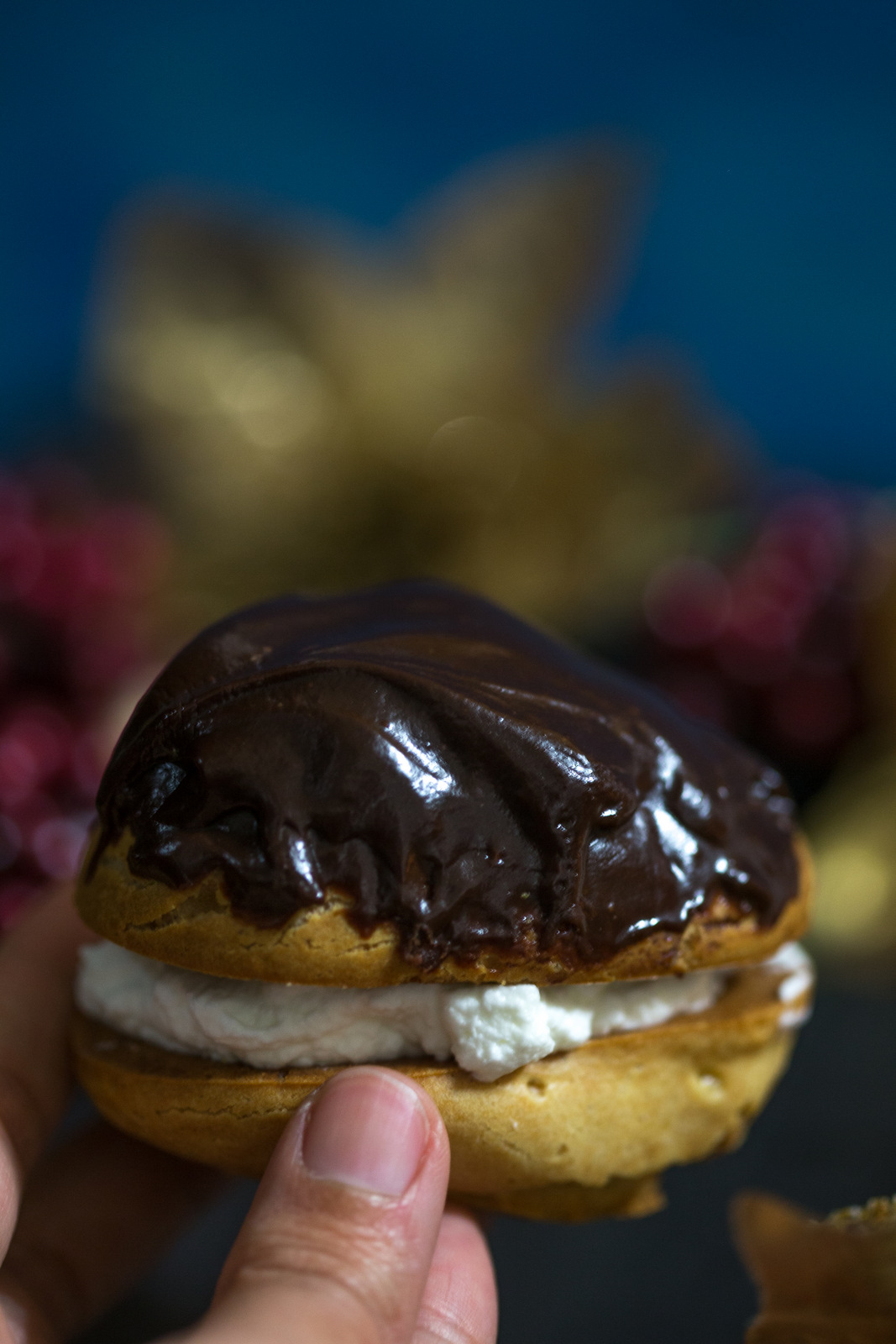 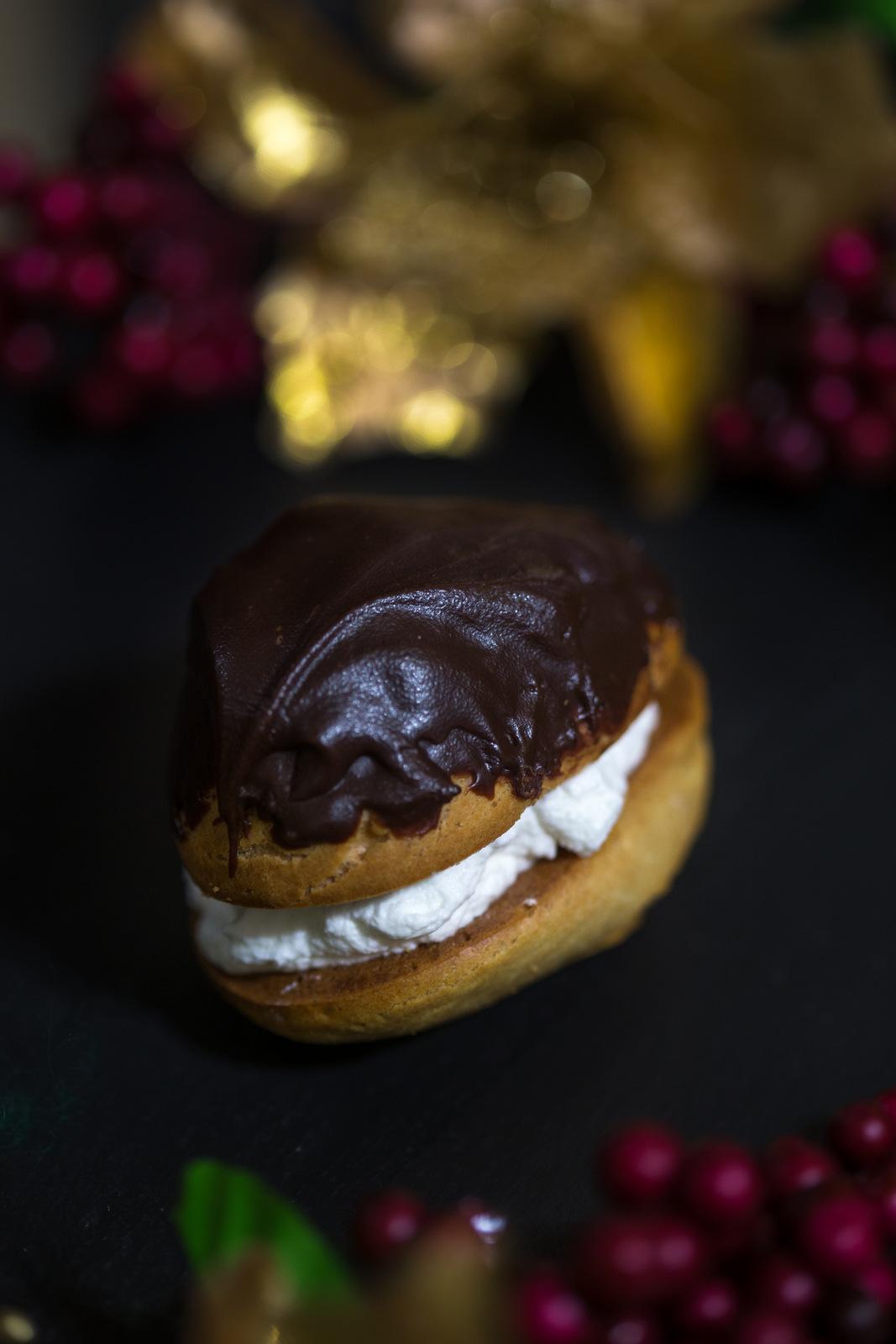 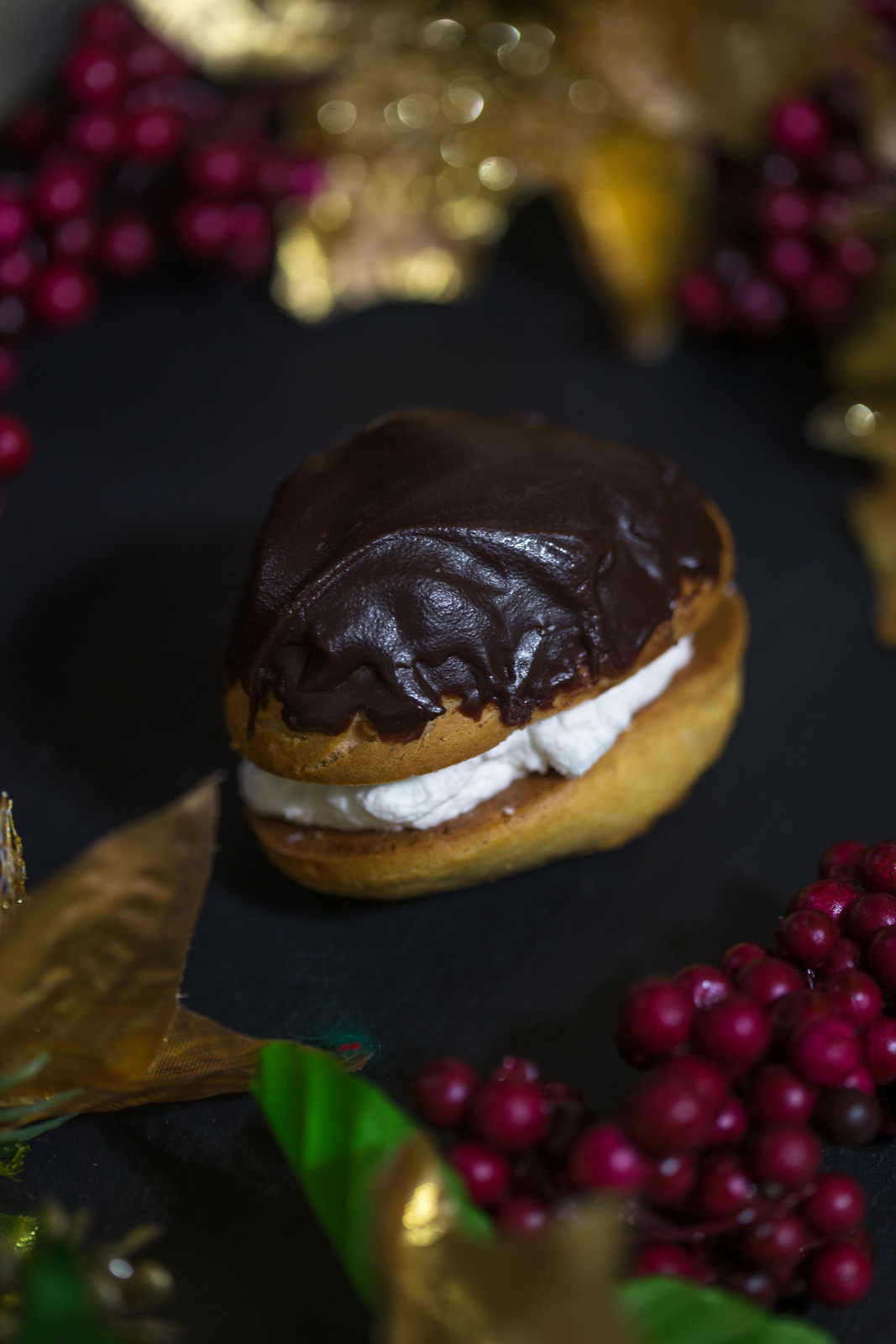 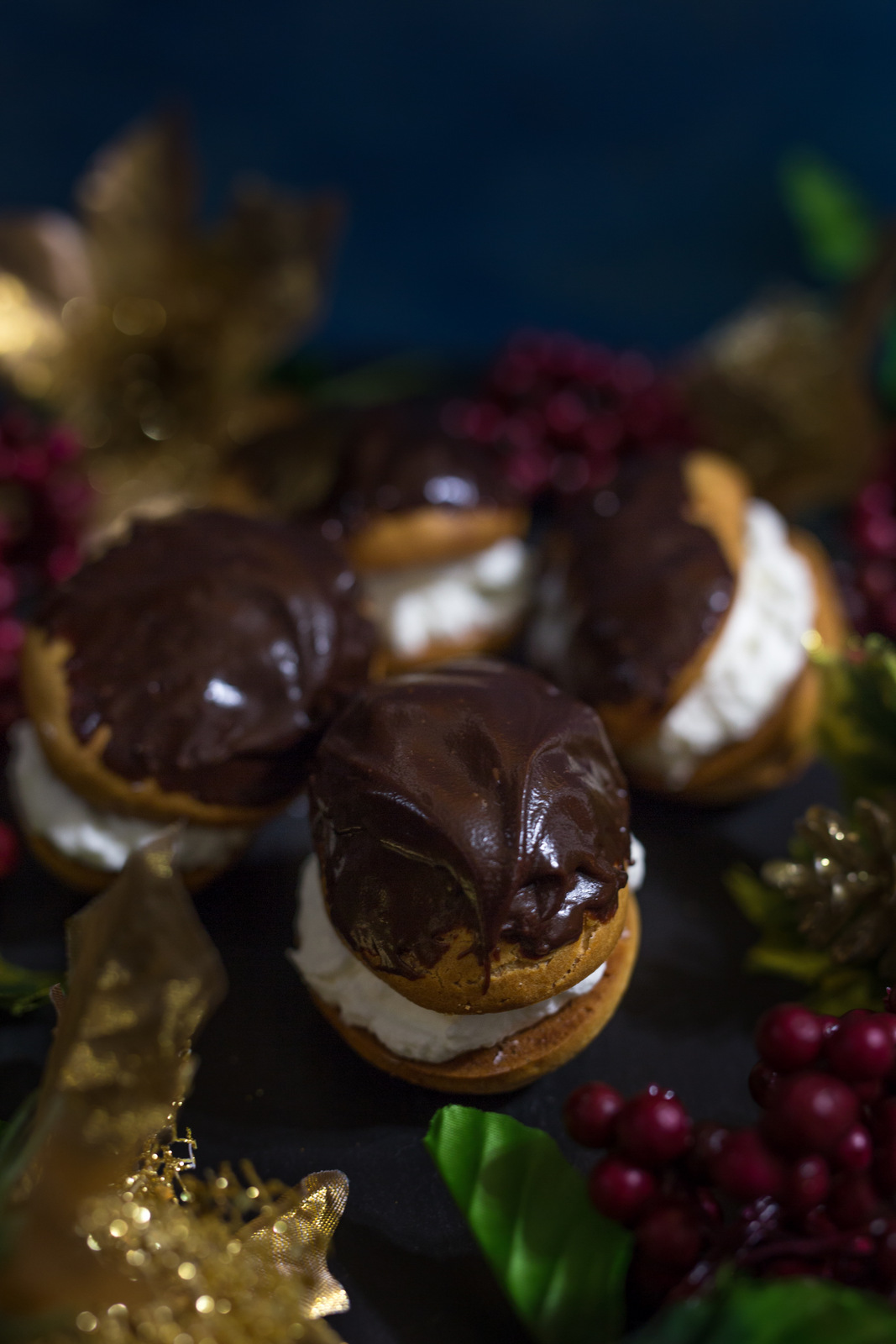 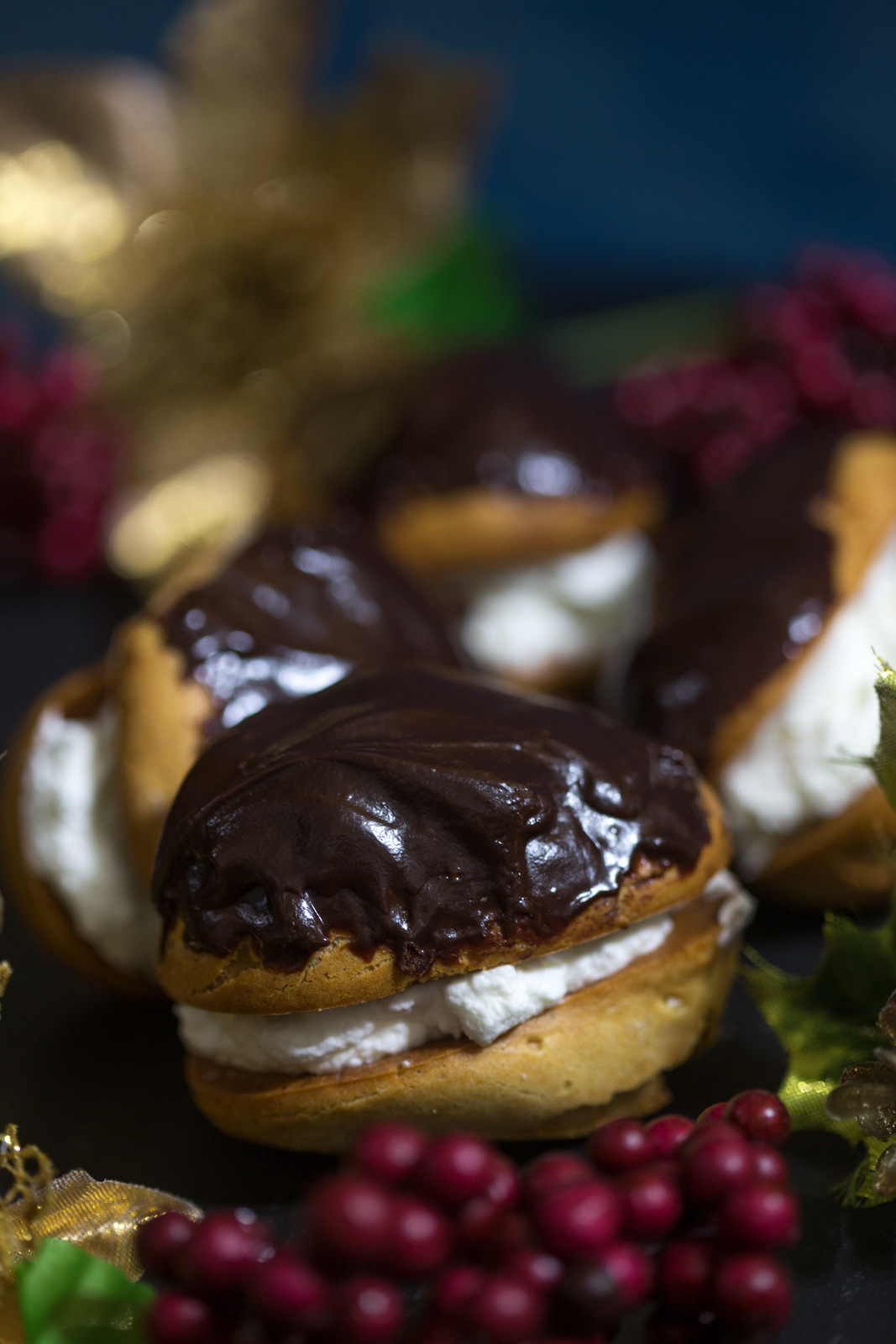 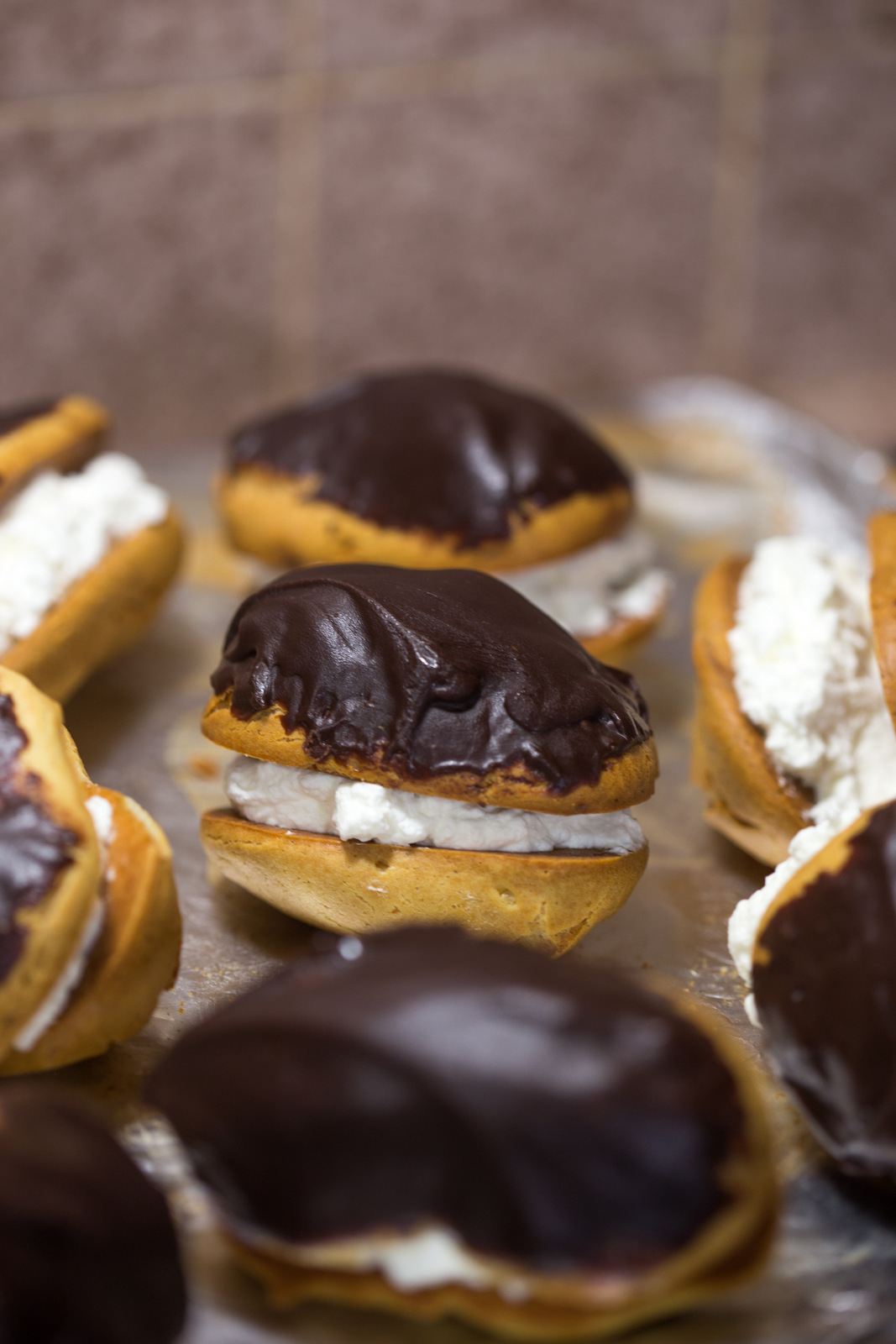 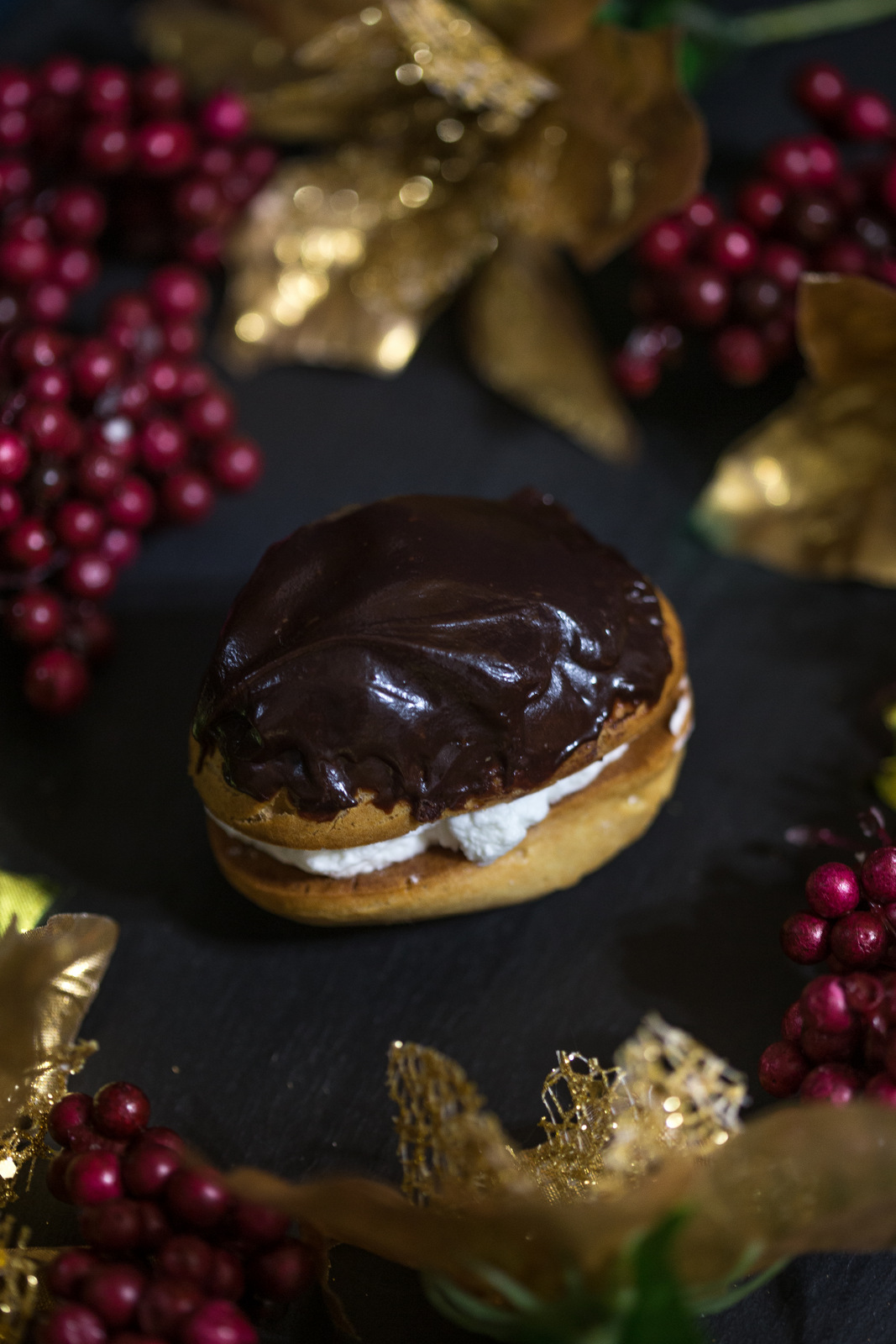 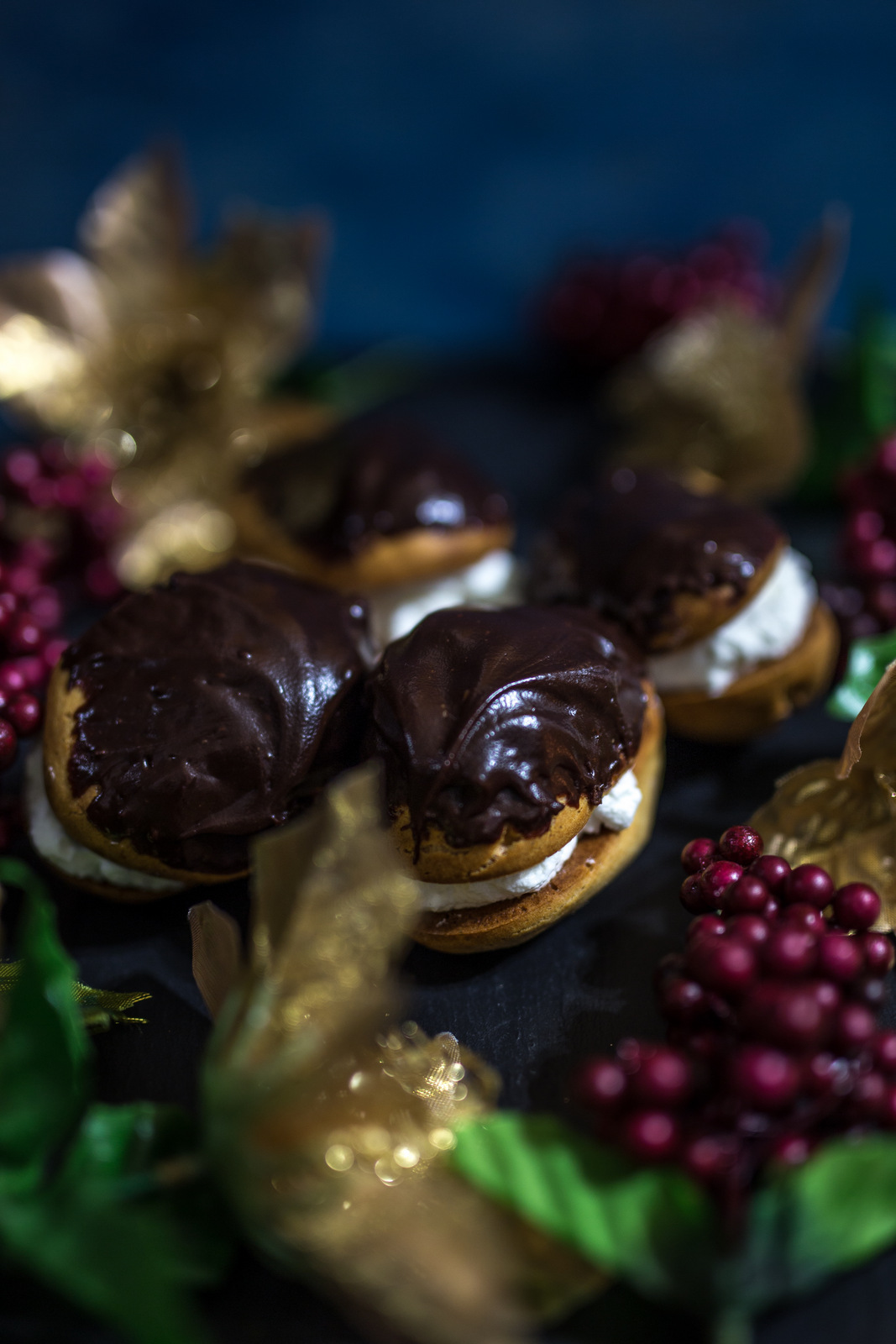 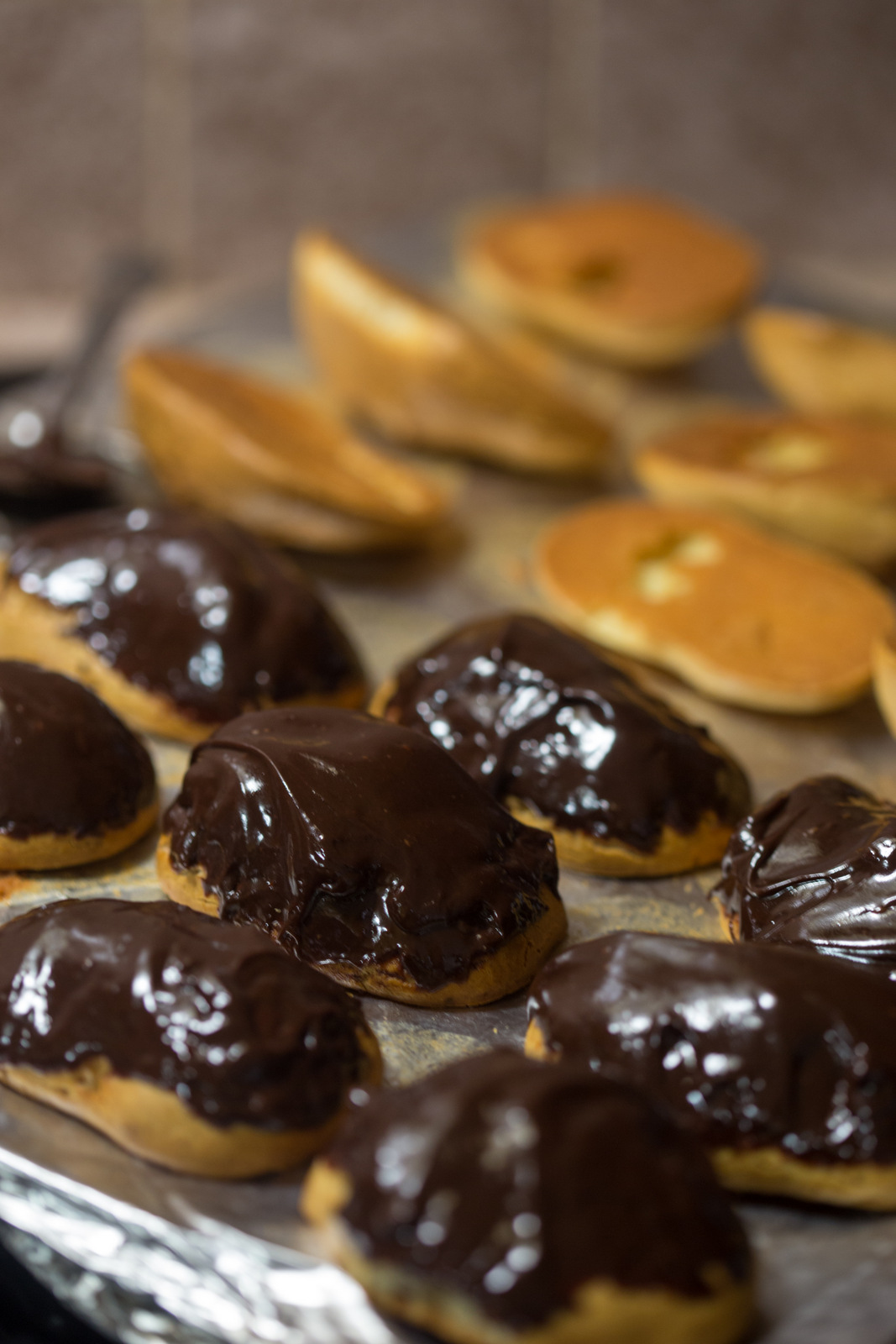 Christmas in the Park

Christmas in the Park is a Winter event that takes place each year in downtown San Jose, California, roughly from the last week of November to January 1. During this time, more than a hundred Christmas trees decorated by local schools and other groups are displayed in Plaza de César Chávez Park. There are also more than 70 Christmas-related musical and animated exhibits,a 60-foot high Community Giving Tree, and many souvenir and treats shops. 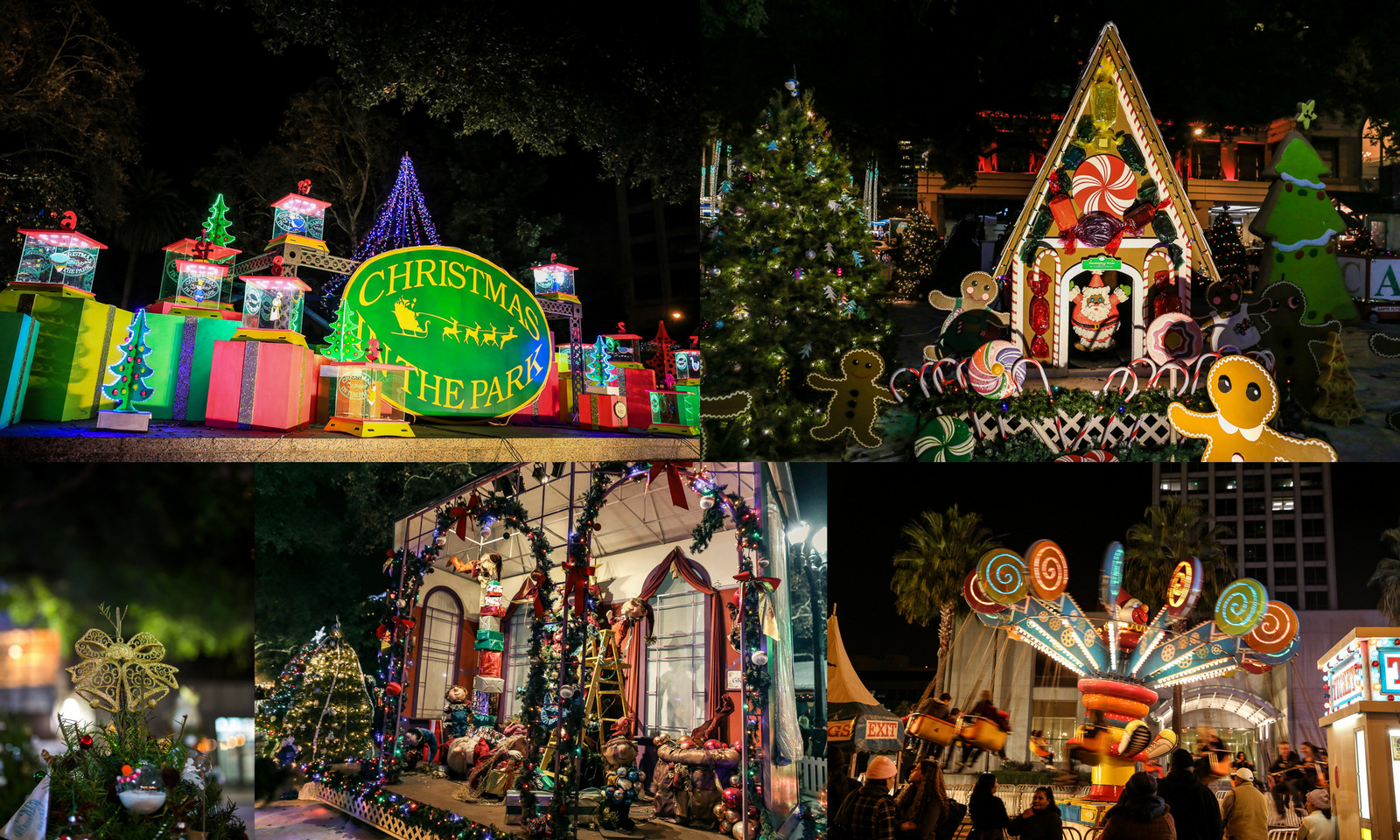 The event is attended by more than 450,000 visitors each year, and has been taking place in Plaza de César Chávez for more than 30 years. It is described as “San Jose’s biggest production.The event brings an estimated $13 million in visitor spending to the city.It is free to the public, although donations to help offset its costs are suggested. 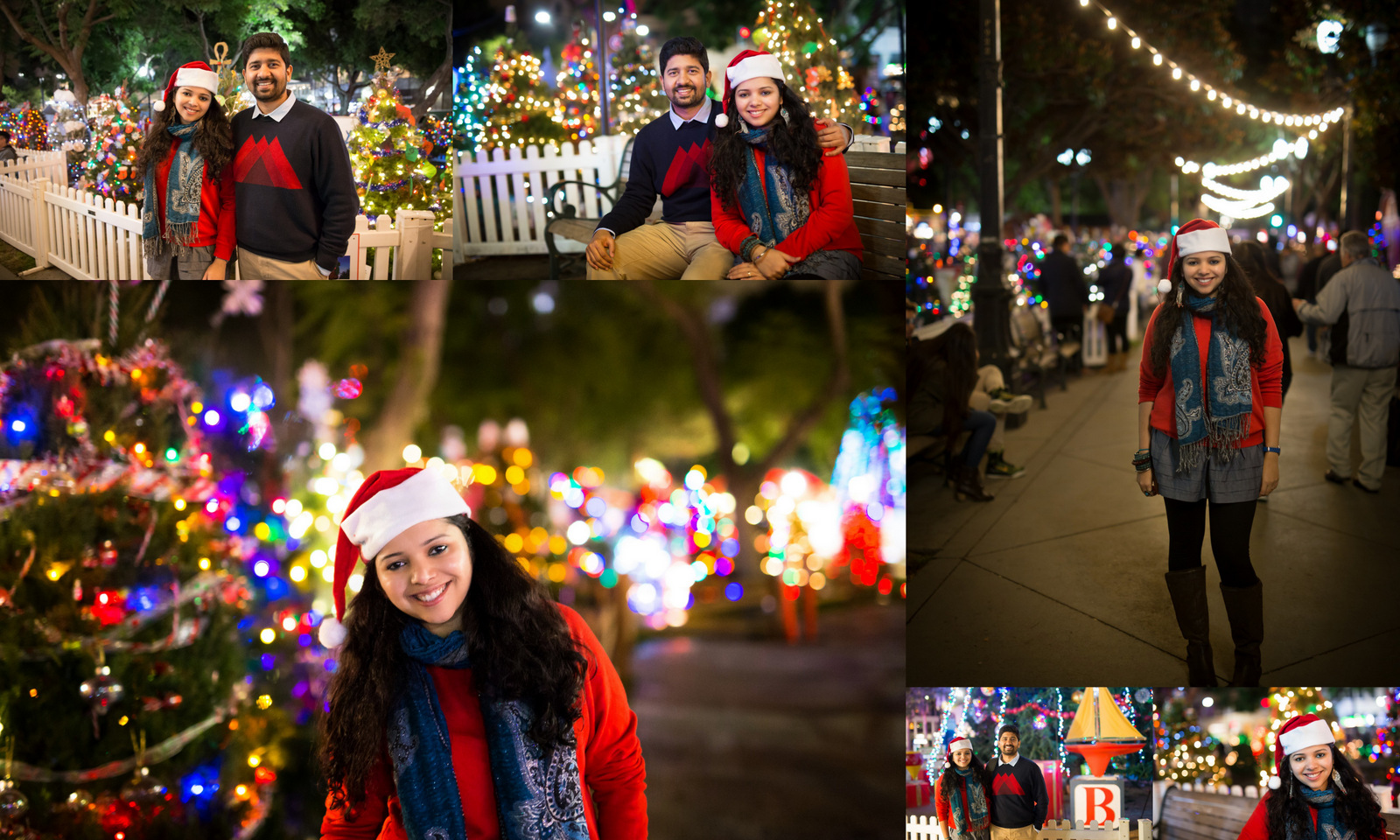 Next to the park there are about half a dozen rides for children during this time, which in some years have included a Ferris wheel, a pirate ship, etc. 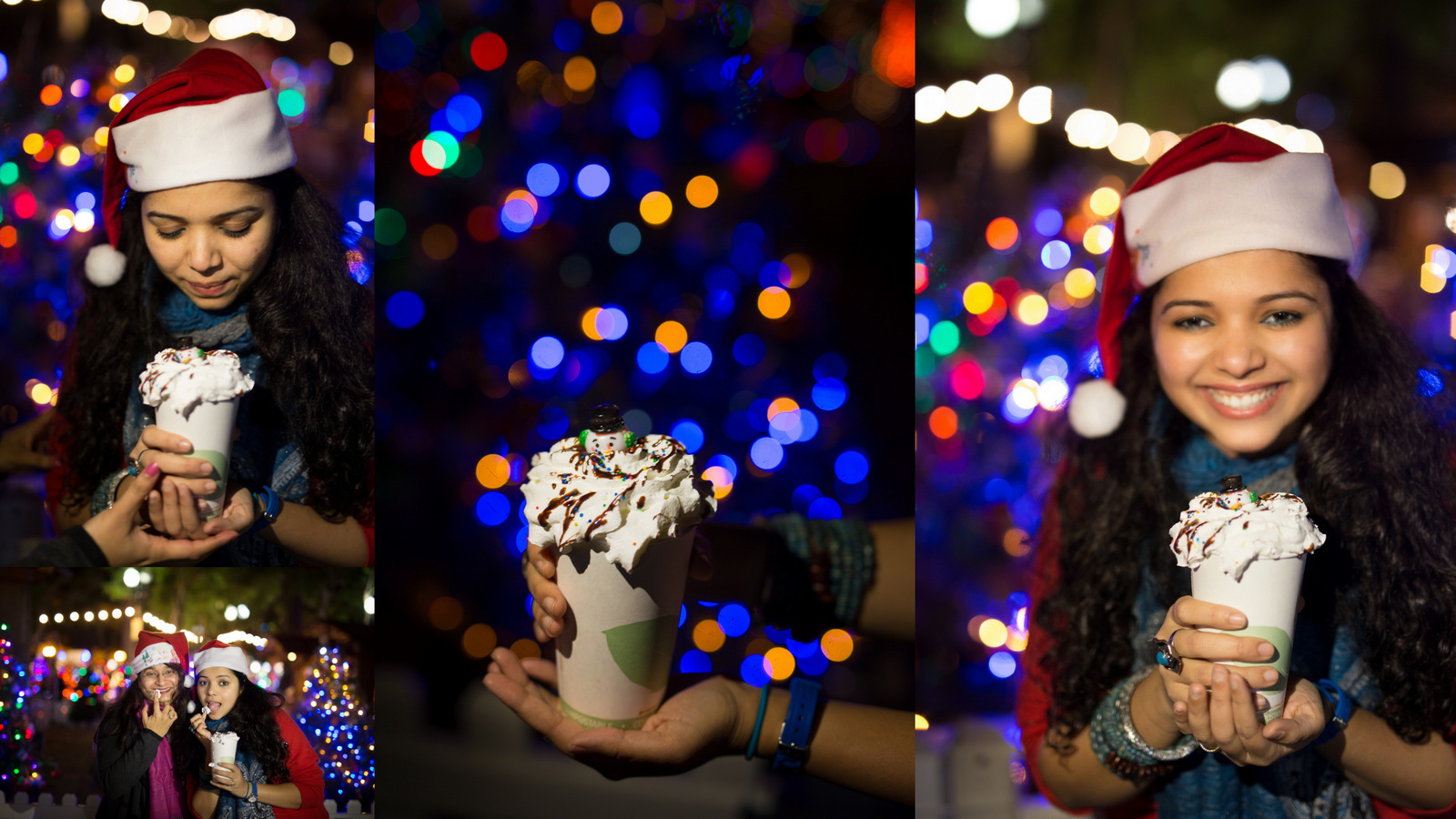 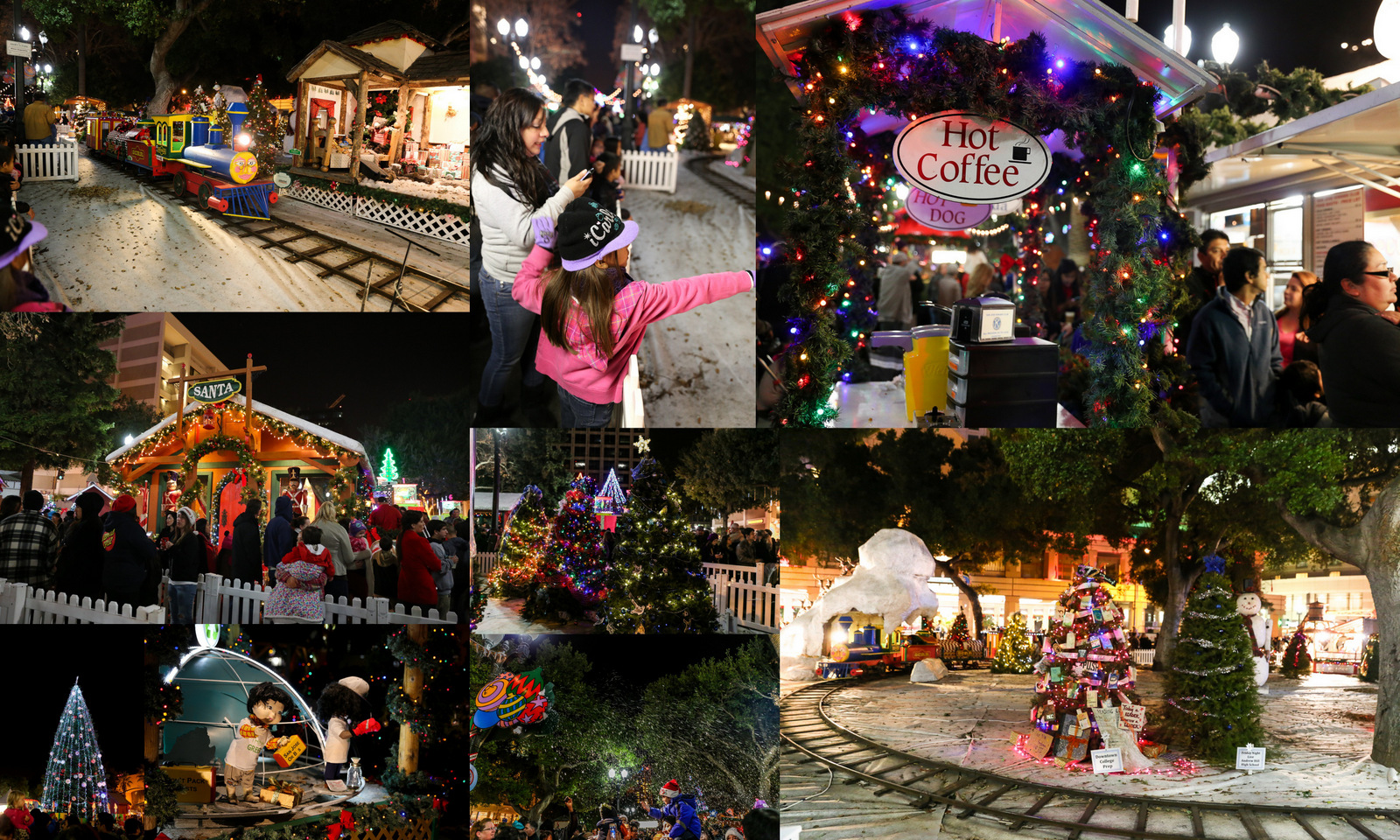 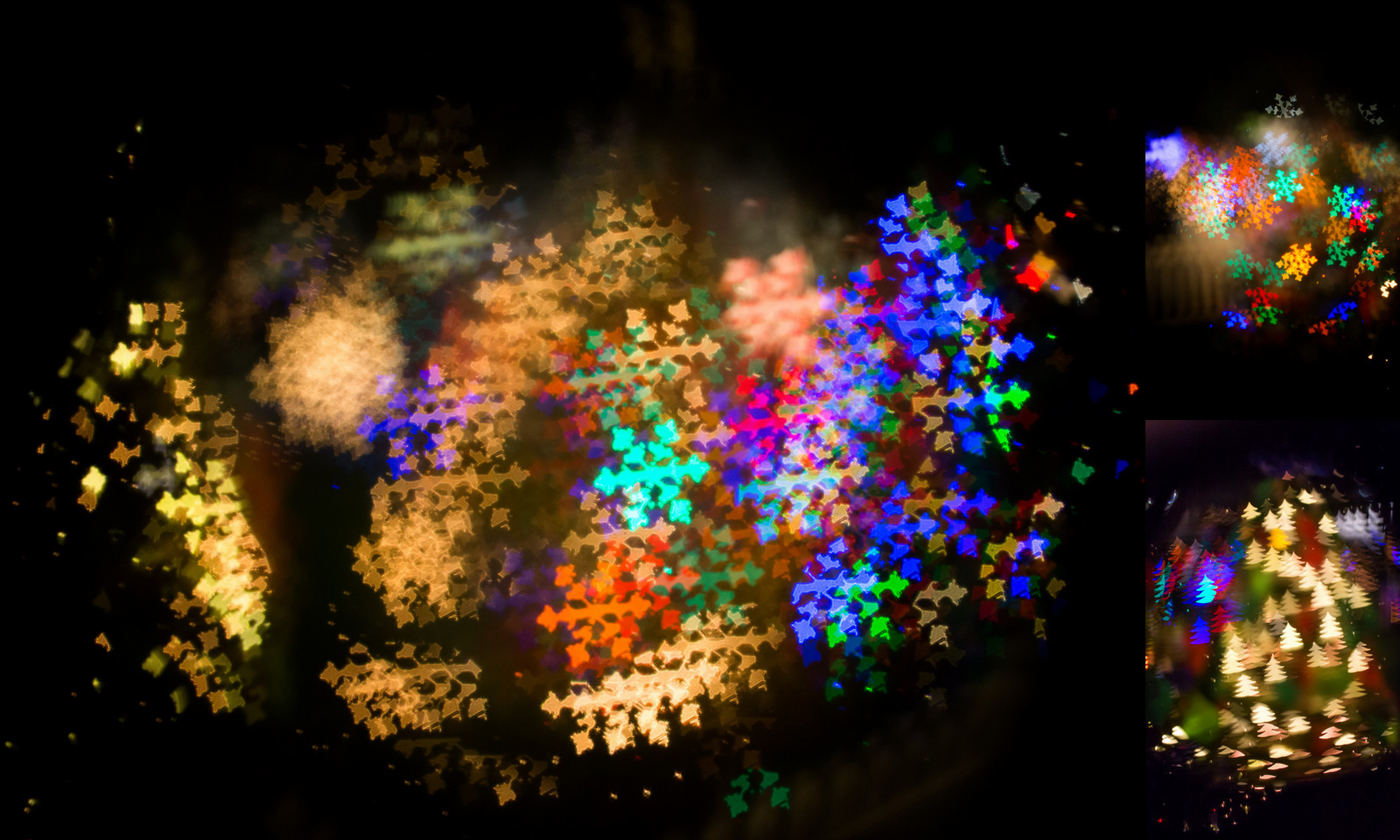 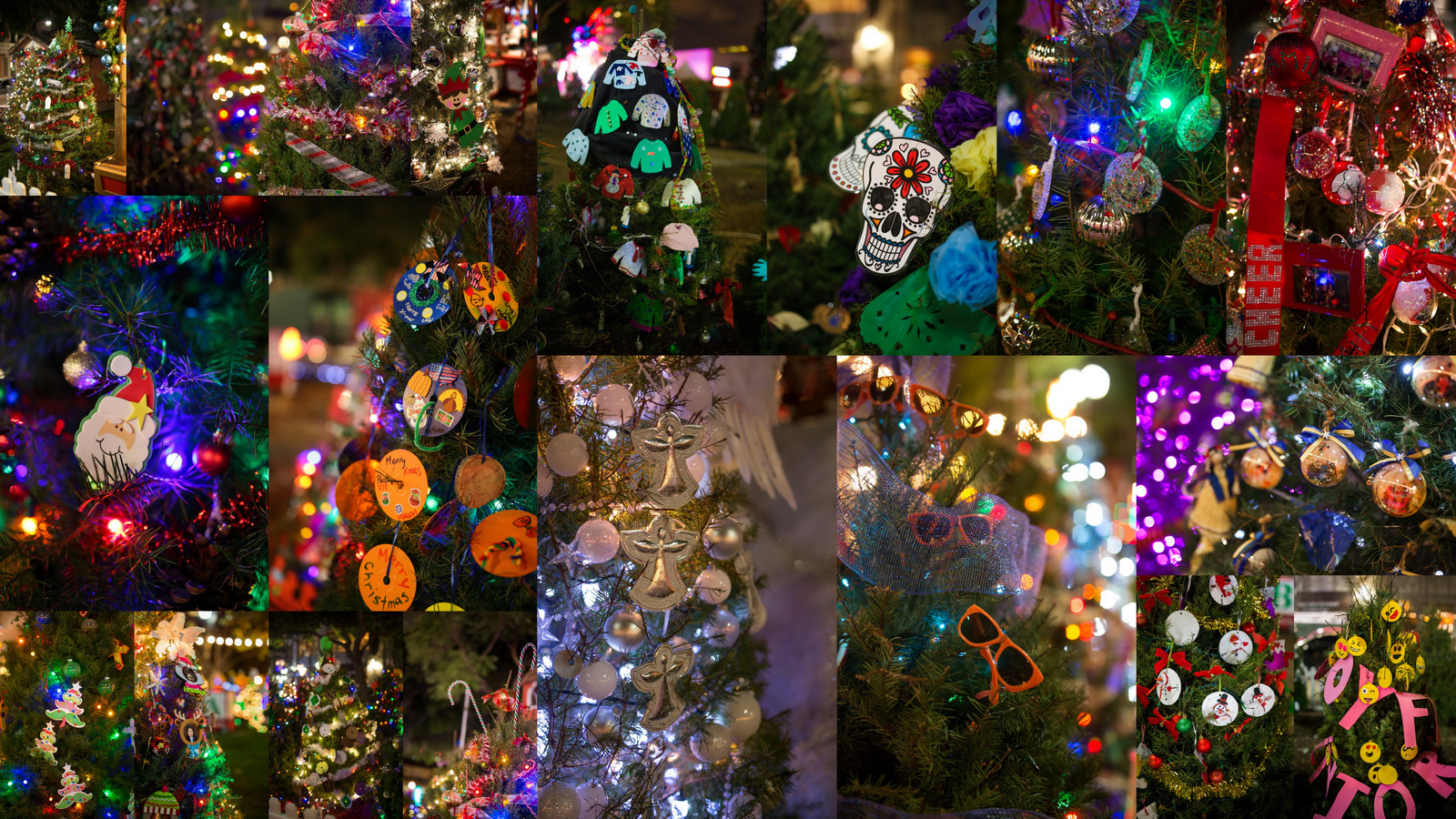 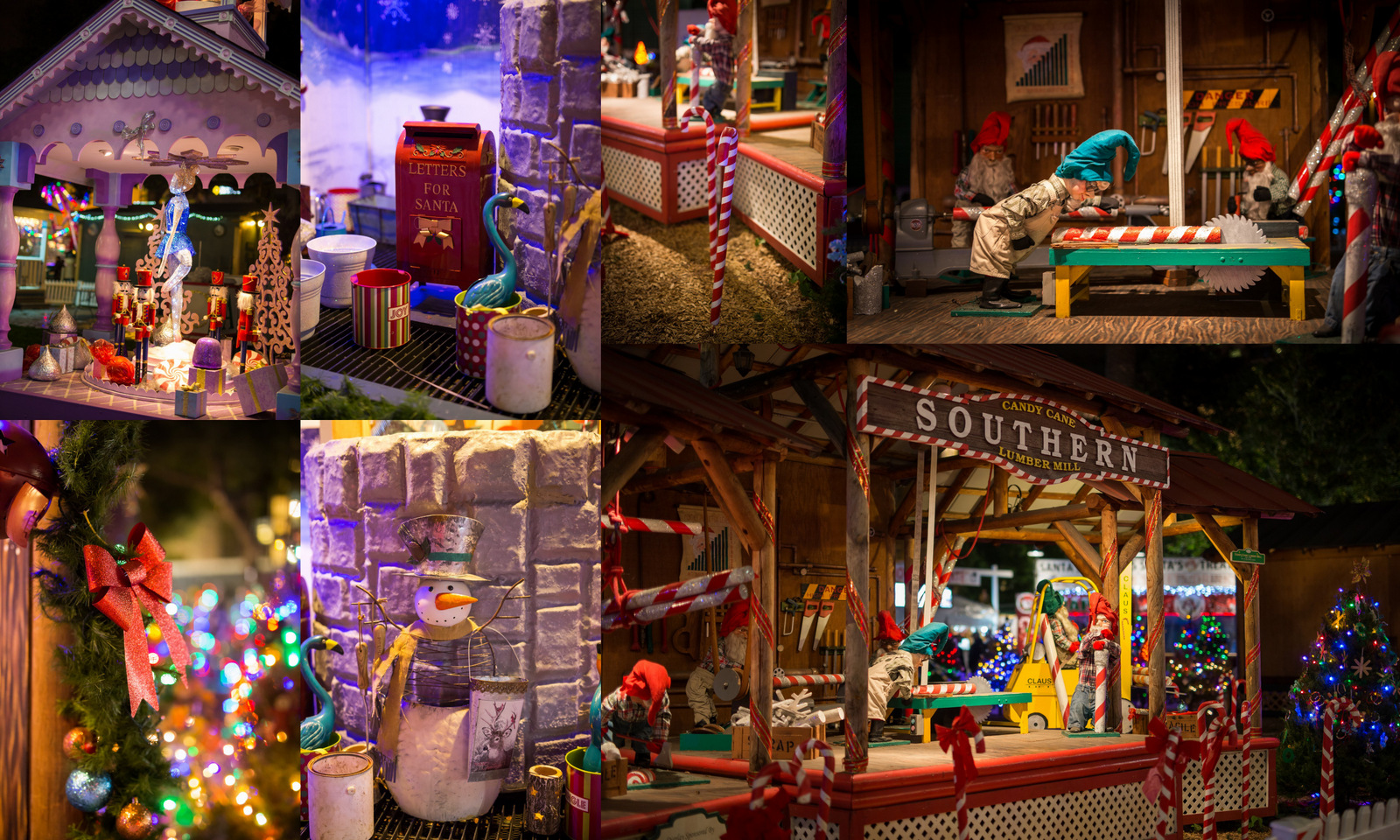 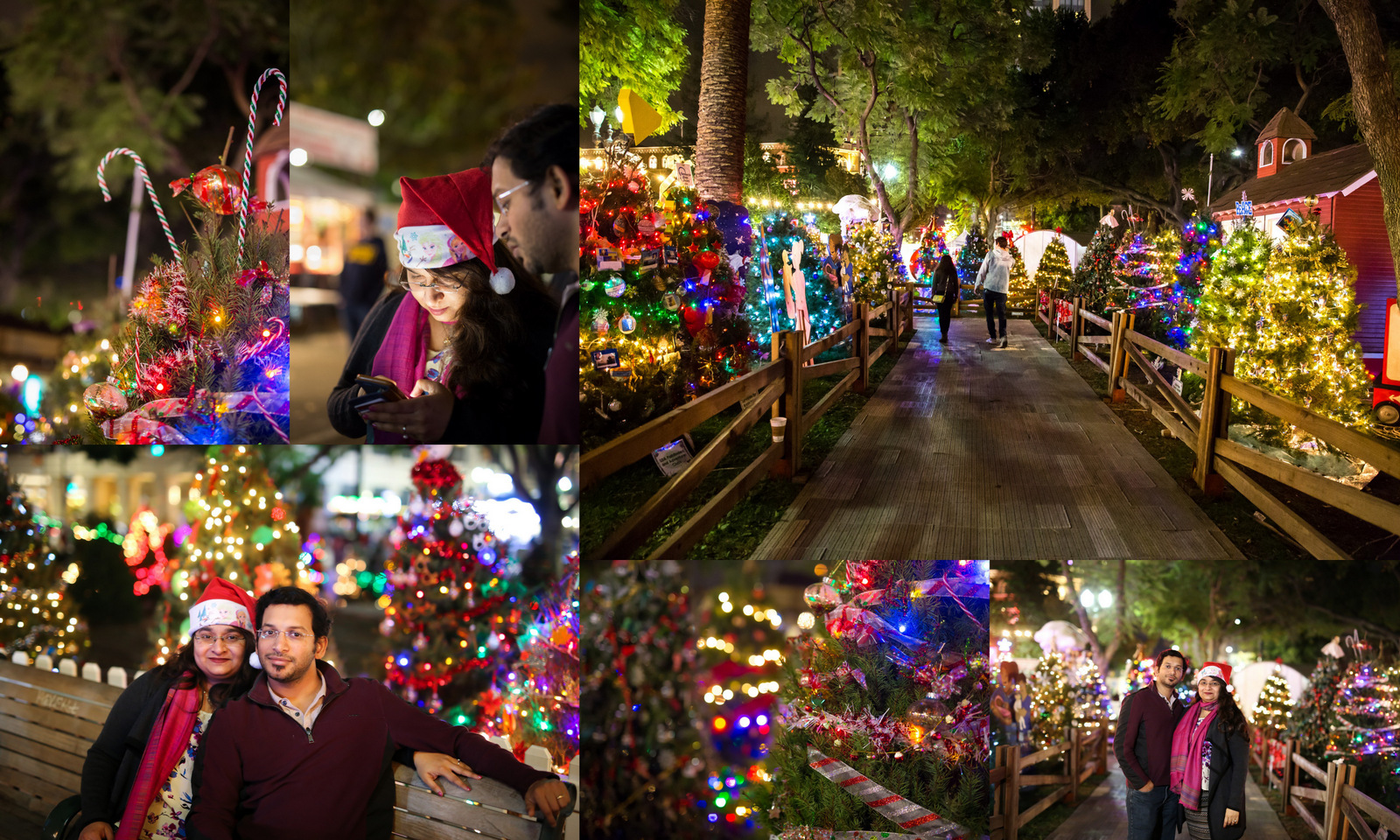 See all pics on below gallery..